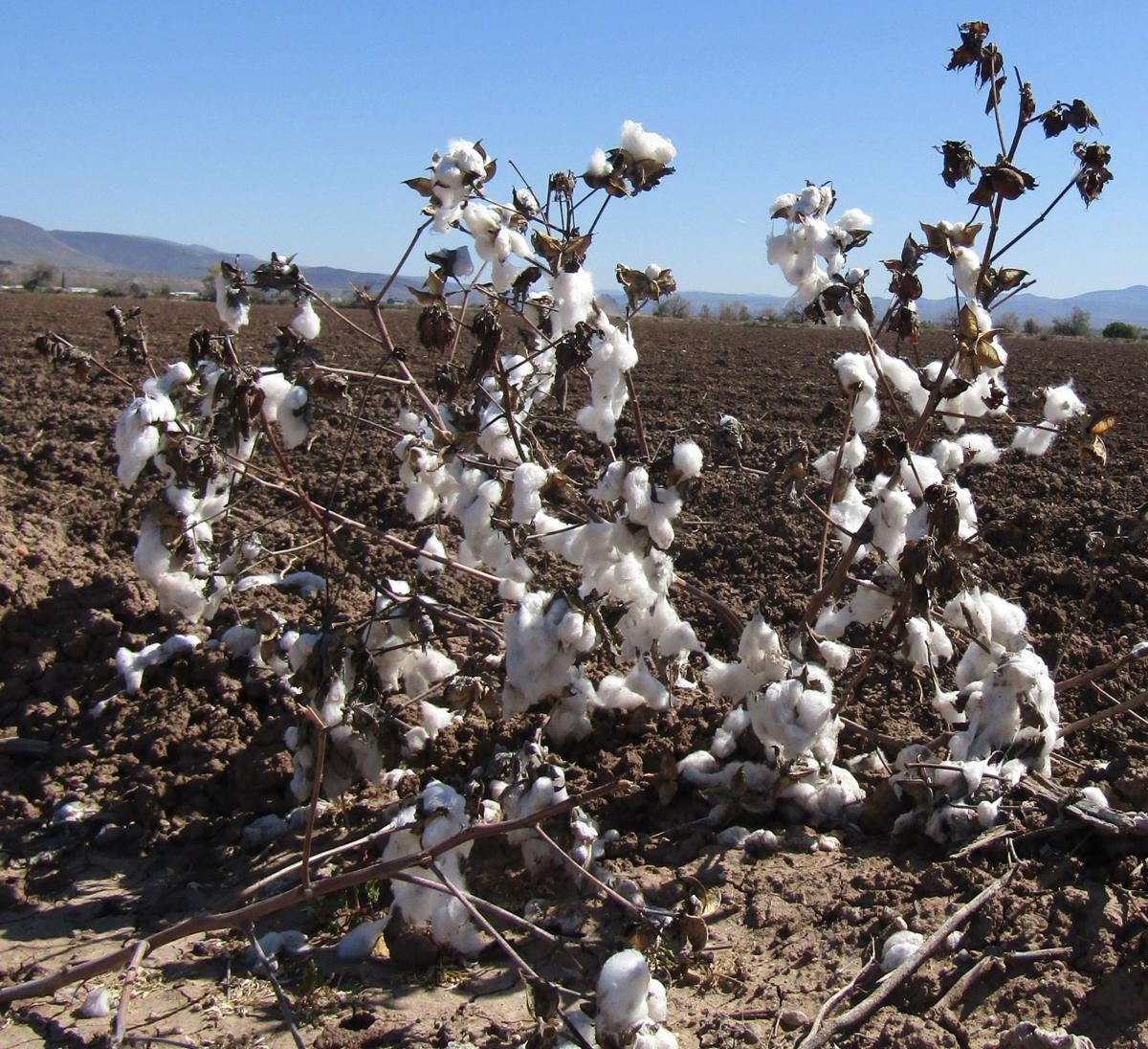 A cotton plant near Solomon. 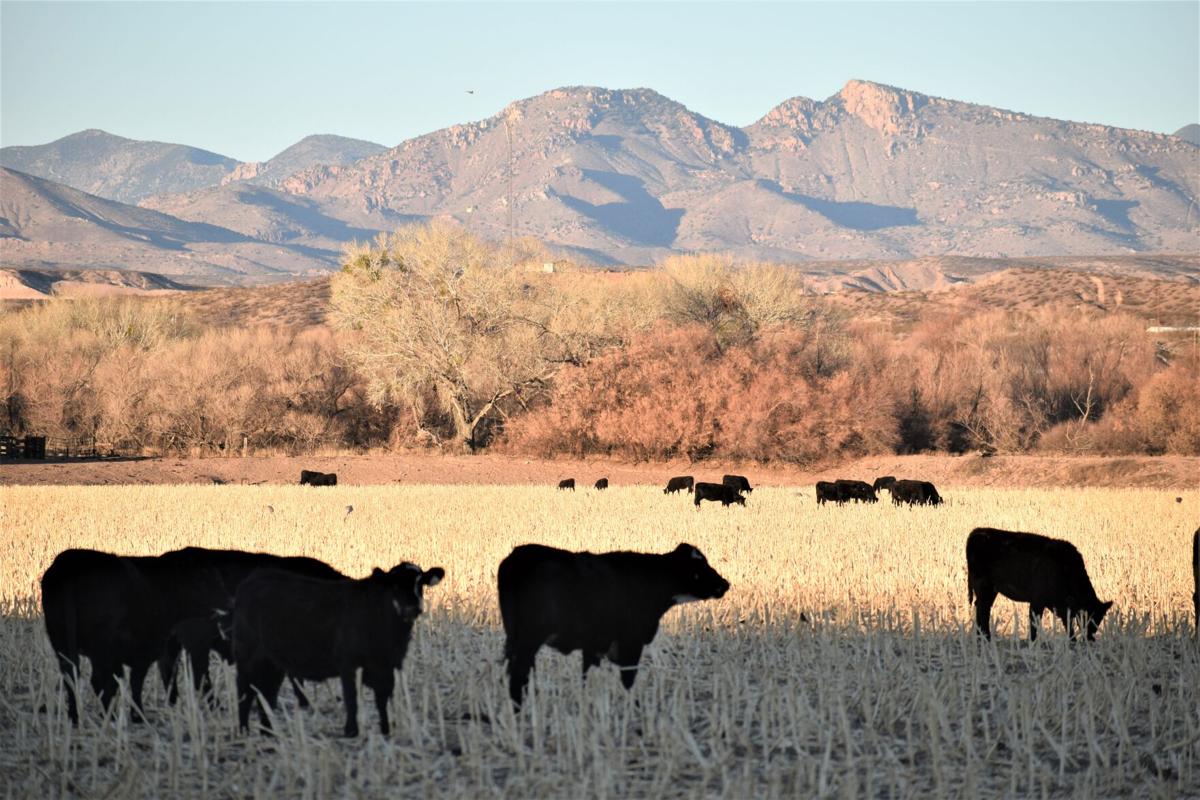 Seventy-five percent of the land in Greenlee County is dedicated to the raising of cattle, like these in Duncan.

A cotton plant near Solomon.

Seventy-five percent of the land in Greenlee County is dedicated to the raising of cattle, like these in Duncan.

A recently released University of Arizona study wanted to see what kind of an impact a one-time 20% reduction in water would have on Graham and Greenlee counties and the picture that emerged is not a pretty one, not only for the farmers and ranchers, but for the communities in which they live.

The University of Arizona College of Agriculture and Life Sciences, Agriculture and Resource Economics collected 2017 data from local farmers and ranchers in 2017. Researchers concluded a one-time 20% reduction of water would mean 5,964 acres fallowed, or unplanted, and a loss of $5.3 million in sales. In Greenlee County, the water reduction was estimated to result in 440 acreages fallowed, and $323,000 in sales reduction.

According to the study, Graham County’s ranchers and farmers pumped $84.3 million into the local economy through sales, salaries and the purchase of equipment. Eighty-eight percent of Graham County’s land is used by farmers, whereas 12% is used by ranchers. Overall, ranching and farming created $20.6 million in labor income and 1,192 jobs.

Greenlee County, where 75 percent of the land is devoted to ranching, pumped $11.8 million into the local economy. Overall, the ranching and farming industries created $4 million in labor income, as well as 230 jobs.

The purpose of the study was two-fold: to track the impact on farming and ranching locally and the loss of water on those industries, said Ashley K. Bickel, one of the writers of the study.

“The basic idea is we’re trying to capture the ripple effect of a farmer or rancher being involved in the sales, and in that way we tracked their spending. They’re keeping that money local,” Bickel said.

The study also studied data from 1969 to 2018, Bickel said. For the most part, the monetary income for both counties remained consistent over the past five to six years. There was a dip of sales in Greenlee County in 2013 to 2015, but it re-stabilized, she said.

The older data only included the sales numbers for the farmers and ranchers, and not the ripple effect of how much money was placed into the economy. According to the the sales listed in the study, between 1972 and 1975, Graham County cattle ranching had higher sales numbers than cotton at $150,000,000. At the end of the collected sales numbers in 2017, cotton sales reached just over $200,000,000.

Greenlee County Supervisor Richard Lunt, whose family has been ranching in Arizona since 1915, said he appreciates the study.

“I believe agriculture is very important to any economy, it stabilizes the economy, and this study shows that,” Lunt said. “I hope people appreciate the contribution.”

He worries about the future given the water situation.

“I think agriculture is under-appreciated, especially by the urban areas,” Lunt said. “People here eat the highest quality, the safest, and the cheapest food in the world and sometimes they take it for granted.”

Justin Layton, a Graham County farmer and Gila Valley Irrigation District Board member, said he, too, is grateful the study was done and that it shows the positive influence agriculture has on the county.

However, he believes a 20 percent water reduction would be much worse than the study projects.

“I would almost venture to say if we took a 20 to 25 percent reduction in the water we would be looking at 10,000 acres reduced,” Layton said. “Double what they projected. We need to try to be stewards of the water, and look at ways we can conserve and save it.”

Jeff Menges’ ranch is located in the Black Hills between Safford and Greenlee County. He said he believes local ranchers are already functioning at a 20 percent decreased water intake because of the drought.

“We are looking at a similar deduction on the livestock. We’re in it right now. The reduction of rainfall and available water, we’re already cutting back on the herds and moving the cattle out,” Menges said. “We’re really experiencing a tough time with this drought.”

The Menges Ranch has already reduced its herd by 10% and he’s weaning more calves from their mothers early and placing them in feeding lots.

Like Layton, Graham County farmer Jay Larson said he believes the effect of losing 20 percent of water to the crops would have an even greater impact. As for the study, he is proud it showed what he’s known all along.

“Some areas outsource their employees. We don’t outsource our employment,” he said. “The money stays here. I’m glad this has come out. It’s helpful to see exactly what’s going into this county.”

“Historically this community was built on farming and ranching. Specifically, it’s what people love about our community,” Daley said.

However, he fears some farmers and ranchers couldn’t keep going if the water reduction prediction comes true. The ranching and the farming community is functioning on even less water then ever before now.

“It would be tough to survive,” Daley said.

Randy Norton, director of the Graham County Extension office for the University of Arizona, said this study shows the importance of local agriculture as well as water for farming and ranching.

“It’s important to do everything in our power to retain these (water) resources,” he said.

To view the complete study