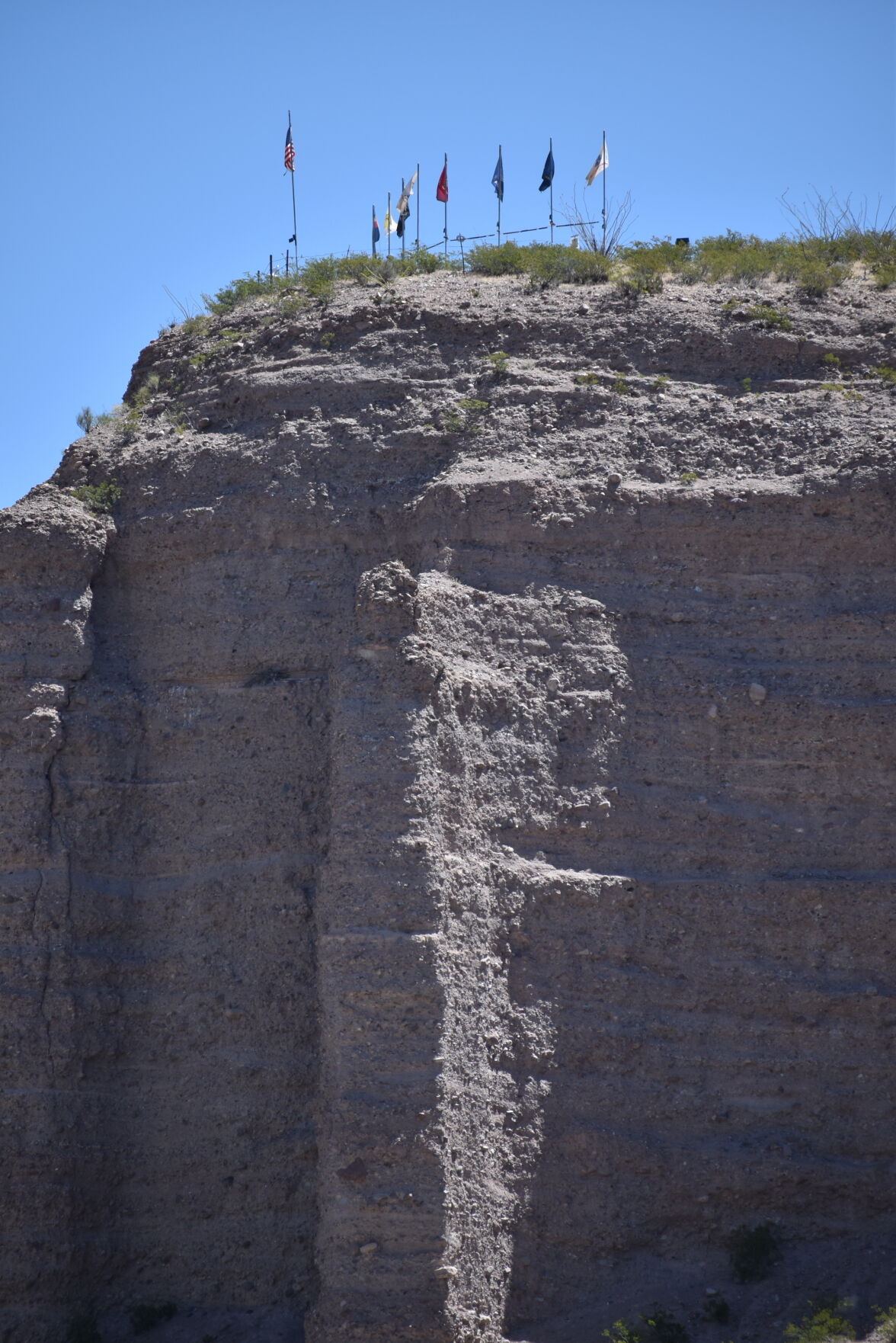 There are only eight weather spotters in all of Greenlee County, sometimes making it difficult for meteorologists to know exactly what's going on on the round in some sections of the county.

There are only eight weather spotters in all of Greenlee County, sometimes making it difficult for meteorologists to know exactly what's going on on the round in some sections of the county.

When the National Weather Service issues flash flood, thunderstorm and tornado warnings, you probably assume it does so based on radar, right? Well, you’re only partially correct.

The fact is, the NWS also relies on a large network of volunteers, too. They’re called weather spotters.

Weather spotters, who are required to go through 90 minutes of training every three years in the spring, are the “eyes and the ears” of the weather service.

Whenever there’s bad weather, there are phone calls going back and forth between meteorologists and spotters who are sitting at home, working outdoors or who just happen to be out driving in the elements.

Meteorologist Emily Carpenter is the spotter training coordinator based at the NWS in Tucson.

Without spotters, the NWS runs the risk of issuing unnecessary watches and warnings or not issuing them when they ought to be, Carpenter said.

“Spotters are crucial because they can tell us what’s actually happening,” she said. “We’re in the business of protecting life and property and they help us do that.”

The thing is, technology isn’t perfect, she said.

The Tucson NWS’s radar equipment is located at 5,000 feet on Empire Mountain in southeastern Pima County. It shoots out energy beams in all directions and they bounces back, but the further away it goes, the higher the beam reads and there’s a lot that can happen between where it’s reading and ground level, Carpenter said.

Meteorologists can guess from radar that there might be a hailstorm, but sometimes the hail will melt before it hits the ground, she said.

And in Graham County, Mt. Graham blocks the beam.

As it is, Graham and Greenlee counties are on the very outskirts of the radar’s limitation, so they can’t always see the extent of a storm even with help from radar stations in Flagstaff and Phoenix, she said.

By having spotters on the ground, they can give meteorologists key real-time information about rainfall, flooding, snow and dust storms.

Unfortunately, there aren’t enough spotters in this part of Eastern Arizona, Carpenter said.

There are only eight spotters in all of Greenlee County and 29 in Graham County.

“We’re in desperate need of spotters,” Carpenter said. “We don’t have very many and those we do have are pretty concentrated in the population centers.”

As a result, there are large swaths of both counties that are left vulnerable, she said.

Bill Harmony is an Arizona Department of Transportation engineer for the southeastern district of Arizona. As such, he’s responsible for six counties, including Graham and Greenlee.

He knows first hand how helpful spotters can be to ADOT — they can provide immediate information to help decisions get made.

“Road closures are very unpopular for a number of reasons. Sometimes if there are fires or floods and we have to shut down roads, it can impact people’s livelihoods and safety and we can’t sit around and wait,” Harmony said.

Knowing about the weather is also helpful when it comes to road construction, he said.

“There are windows of temperature,” Harmony said. “If it gets too hot or too cold, it can adversely affect the quality of the product and the durability.”

Harmony decided to become a weather spotter himself about 10 years ago after seeing a training announcement in the Eastern Arizona Courier.

“Once in awhile the weather service call me out of the Tucson office and ask me what it’s like out there. They’ll say the radar is showing suspicious storm activity and I’ll go out and take a look,” Harmony said. “If there’s a thunderstorm or a monsoon comes up suddenly, there can be catastrophic flooding and they’ll ask me to confirm.”

Sometimes, he’ll ask his co-workers elsewhere in the field to help out, too.

David Wells has been a weather spotter so long, he can’t remember when he started, but thinks it was at least 15 years ago. He and his fellow amateur radio operators share weather information all of the time and then relay it to the NWS.

There’s been a handful of times when he’s reported more than half an inch of rain falling in less than 30 minutes and flash floods, he said. He lives off Klondyke Road west of Pima and there’s been plenty of times he’s been unable to get home because of such flooding.

As a truck driver, he’s also reported hail storms and driving winds of 40-50 miles an hour.

Barbara Beynon moved to Thatcher from Corpus Christi, Texas, where she lived through many a hurricane season.

The self-described “weather junky” took an online training class to become a weather spotter this past spring.

She said she’ll never forget her first monsoon one week after her arrival in June 2018.

“The weather here is different than Texas. The high winds blow during a thunderstorm in Texas, but seem to blow before the storms here in Arizona and the blowing dust is new, too,” she said.

Although disappointed her citrus trees haven’t gotten much rain this year, Beynon still enjoys watching the weather from her porch.

“Even on a nice day I can sit out and just occasionally glance up at Mt. Graham and just see the clouds and how the mountain affects the cloud formations,” she said. “There are no mountains in South Texas and that’s kind of neat.”

Just how much rain has the area gotten this monsoon?

According to Carpenter, Safford received 0.83 inches of rain June 15-Sept. 10 compared to the normal 4.68 inches.

Duncan received 1.82 inches during the same time frame compared to 4.76, she said.

As far as the temperature goes, the average temperature in Duncan in August was 5.4 degrees higher than normal.

In Safford, it was 7.8 degrees higher than normal, Carpenter said.