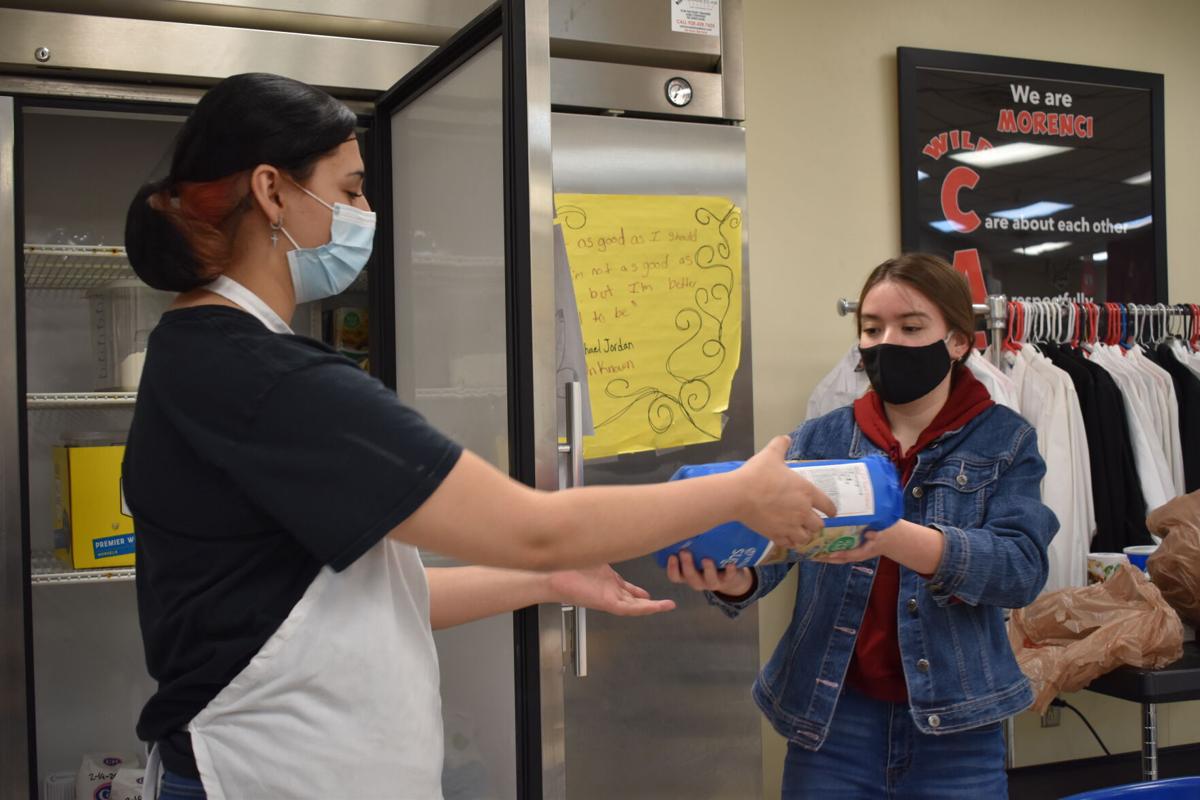 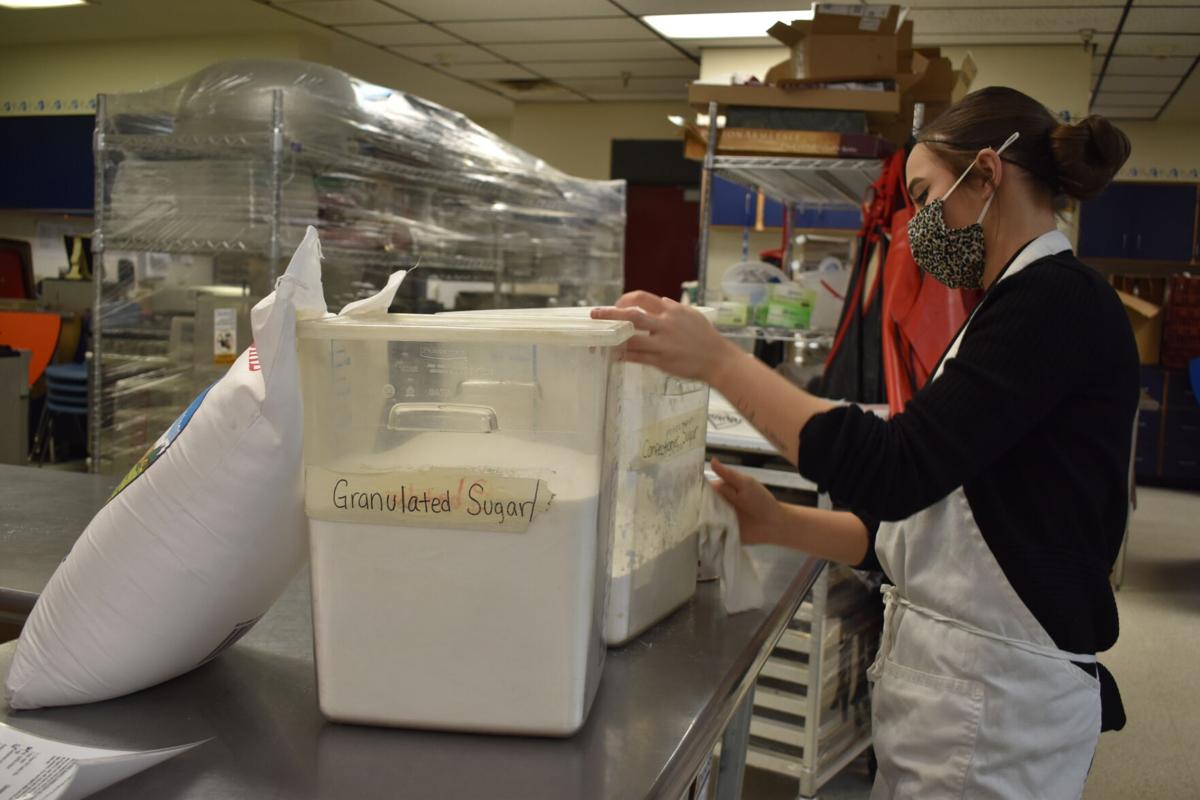 Looking out over her classroom, Sherry Carbajal had a few things to say before sending her students into the kitchen to begin work on their Valentine’s Day cookie grams.

When it comes to preparing meals and desserts, there are things just as important as taste, including texture and appearance.

“You need to show the same care to each and every one,” Carbajal said.

It’s a message Carbajal has been imparting for a long time. She joined the staff at Morenci High School in 2000 and has been teaching culinary arts ever since. She’s also the advisor of Paw Express, the school’s culinary club.

This year, roughly 100 students are not only learning how to break a few eggs and make sumptuous meals, but they’re learning team work, resume building, interview skills and even how to cater events.

They learn how to problem solve and the business end of things, too, Carbajal said.

For example, the students have learned making Valentine’s Day brownie grams eat up their profits and making cakes for the event is too time intensive, she said.

Carbajal said her classes became part of Gila Institute for Technology in 2011. As a result, her students must now pass state technology skills assessment tests.

In pre-COVID years, Carbajal’s students have catered the Greenlee Gives Back Gala and Freeport McMoRan company picnic and hosted lunch for Arizona Schools Superintendent Kathy Hoffman and other community bigwigs.

Right now students are getting ready for their biggest fundraiser of the year, the Valentine’s Day cookie grams. Students and teachers can send homemade cookies to each other with messages for $5.

Abigail Aguilera, 17, has been taking Carbajal’s class for four years and is Paw Express president.

“At first I took it just for fun and now I like to do it,” Aguilera said.

She and her classmates said Carbajal has basically become another grandmother to them.

“She’s a very caring teacher,” said Destiny Dionne, 17. “She cares about how we’re feeling and is willing to help teach us everything we need to know.”

Dionne, who is working on her associate’s degree in nursing at Eastern Arizona College, said her family is always asking her for chicken enchiladas, a dish she learned to make from Carbajal.

“Whenever someone can make you food and it tastes good, everyone gets excited about that,” the Paw Express treasurer said with a laugh.

Celine Berube, 16, is in her second year of culinary arts and the Paw Express secretary. She plans to get a business degree and go into accounting, but loves Carbajal and says she’s learned a ton from her.

“It’s given me a lot of work place skills. It’s not only about cooking, it’s about working with people,” Berube said.

She listed all of the soft-skills she’s learned so far and noted, “it’s a pretty good all-around class for that.”

Berube, whose past cooking experience consisted of making toast, helped out during last year’s Greenlee Gives Back Gala and had a lot of fun.

“It gave us a lot of new experiences,” she said. “It was the first time we had to cook food for an event.”

When Aguilera arrived in Greenlee County four years ago from El Paso, she felt awkward.

“I didn’t know anyone and I was really shy. This class really helped me overcome my social anxiety,” she said.

Carbajal said her daughter, Ashley, a 2010 MHS grad, once said her class reminded her of the movie “The Breakfast Club” where a group of wildly different students bond.

She was right, Carbajal said.

“I bring students from all different groups together and they learn how to work together,” she said.

One of her proudest moments as a mom came when her son James, a 2013 MHS grad, told her about a group of his fellow athletes pointing out another student and talking about how “weird” he was.

Her son stood up for the young man, saying he knew him from culinary class and he wasn’t weird at all, a teary-eyed Carbajal said.

Carbajal said she’d love for her students to compete one day, such competitions can lead to scholarships to culinary institutes. In fact, they recently became involved in the Family, Career and Community Leaders of America, she said.