Recent visitors discover a bridge along the trail. 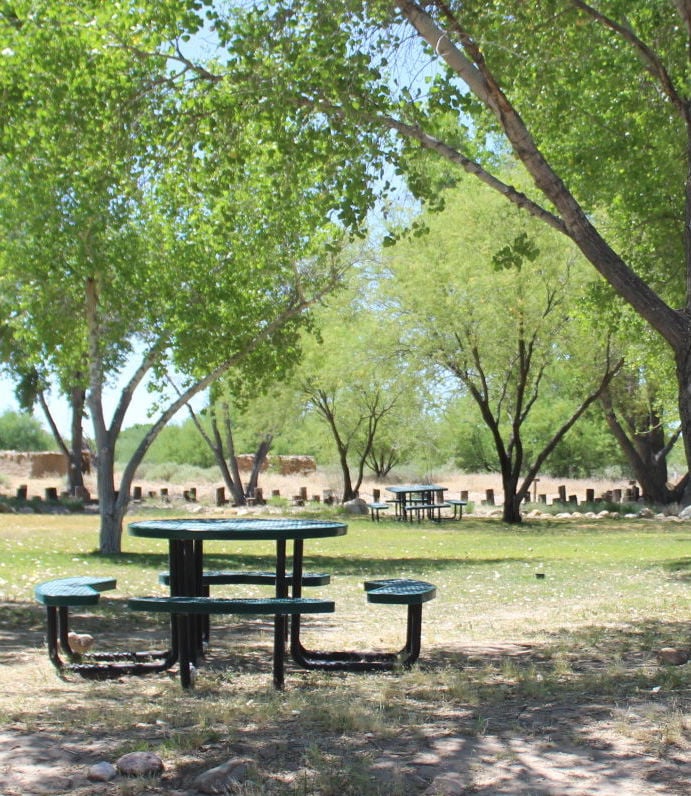 Multiple picnic benches are set up beneath the cottonwood trees provide a place for lunching and resting. This area is near the pollinator garden beside the pond. 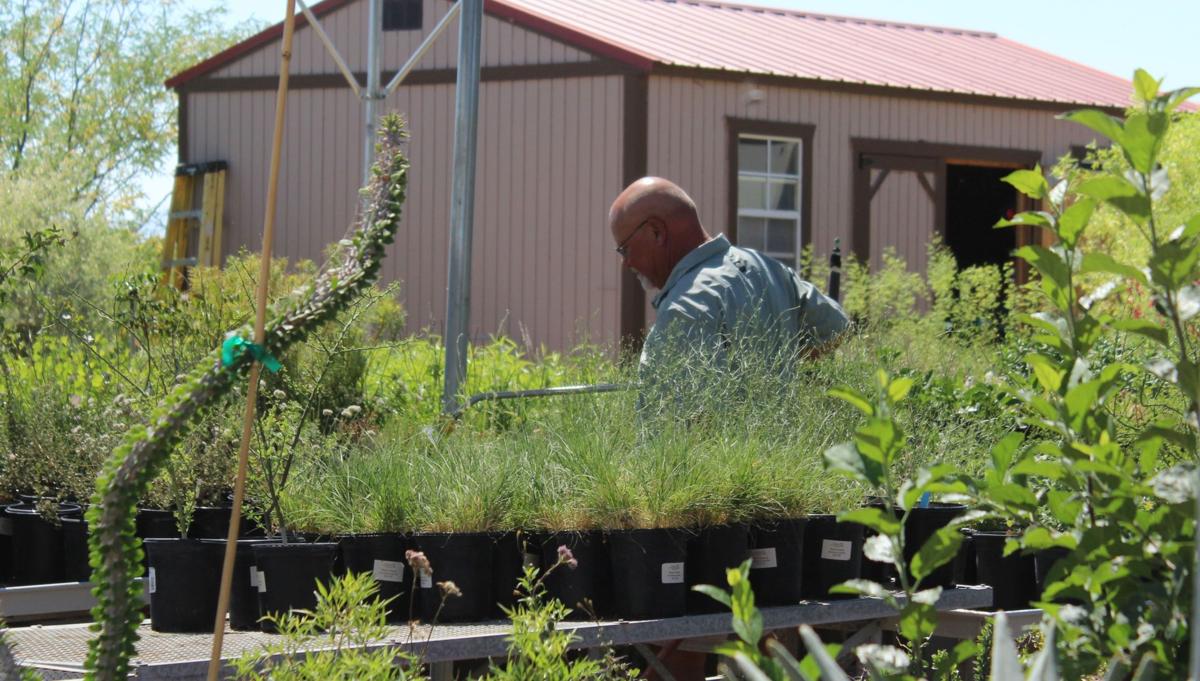 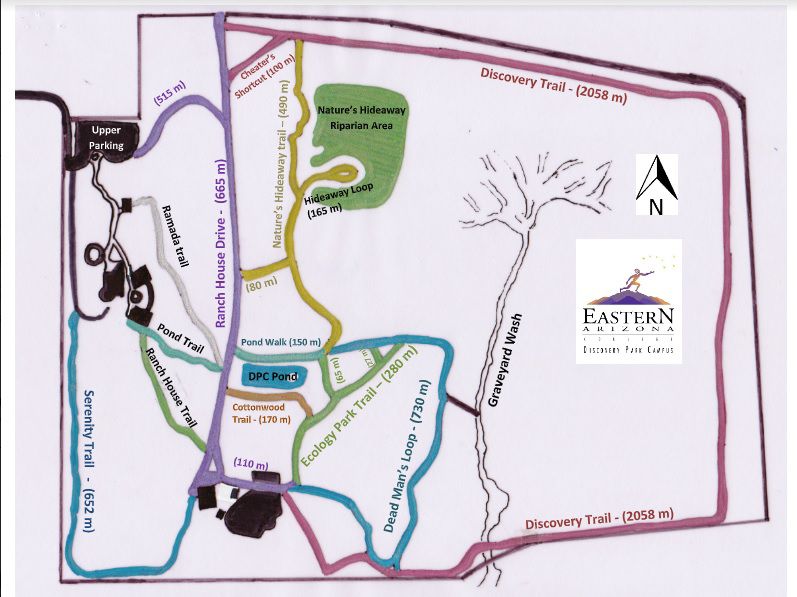 This map of Discovery Park names all the hiking trails and areas available to the community.

Recent visitors discover a bridge along the trail.

Multiple picnic benches are set up beneath the cottonwood trees provide a place for lunching and resting. This area is near the pollinator garden beside the pond.

This map of Discovery Park names all the hiking trails and areas available to the community.

Discovery Park is a place to dive into nature.

Discovery Park has roughly four miles of hiking trails which are regularly maintained and dragged so they are at least eight feet wide.

“Walkers, joggers, runners, anything without motors are welcome on the trails,” said Discovery Park Director Paul Anger. “You can walk all the trails and get four miles in.”

Anger said the trails are wide so hikers or bikers can pass by wildlife such as snakes or Gila monsters without disturbing them. Near the pond and pollinator garden, picnic benches sit beneath tall cottonwood trees, providing a place for rest and a packed lunch. Drinking water can be found on the east side of the pond and ecology park near the green grass.

Walking down the trails visitors venture beneath large trees and past desert vegetation ranging from flowering bushes to cacti. There are some sandy areas on the trail, making riding a bike somewhat difficult. There is no store at Discovery Park so water bottles, snacks, and lunches must be purchased before visiting the park.

Rife with native species, the Discovery Park campus is the home to seven individual Gila monsters. Anger said the elusive monsters usually make their appearances in the spring and fall. Due to the pond, the park is a natural environment for birds. Visitors to the park may spy a Great Horned Owl, barn owl, roadrunners, quail, Vermillion Flycatchers, cardinals as well as blackbirds and quail.

Aside from the birds, Anger said the park is also teaming with rabbits, both cottontail and jackrabbit.

“It’s beautiful by the pond. It’s shady and cool even in the hottest part of the day and if you sit down at the picnic benches and be quiet you are going to see all kinds of wildlife,” said Anger. “It’s a beautiful safe place to enjoy our native habitat and our native desert.”

Bobcats have been seen on occasion thanks to the rabbits and birds. Snakes are also plentiful.

If visiting the park early in the morning or late afternoon, the call of the endangered Chiricahua leopard frog can be heard near their outside frog ranarium. The ranarium is an enclosed area specifically designed by the EAC biology department, Arizona Fish and Game, and the US Fish and Wildlife department for frog re-population.

“We’ve produced thousands and thousands of baby frogs,” said Anger. “It’s the only natural ranarium for the Chiricahua leopard frog.”

In the ranarium, the frogs are given water to live in but must find their own bugs to eat and fend for themselves. A fence is provided so the frogs will not be eaten by birds, but that is one of the few special accommodations. There is a similar repopulation program in Tucson and the Phoenix Zoo, but both habitats are inside air-conditioned facilities and the frogs are hand-fed. The Discovery Park campus site out-populates the Phoenix and Tucson sites four-to-one, Anger said.

The ranarium was completed in 2009 and Anger said there are plans for an expansion, in order to widen the DNA pool of the frogs.

The Gila Watershed Partnership is a nonprofit organization working to improve the water quality of Gila River as well as the ecosystem surrounding the river.

For the day-tripper interested in bringing home a souvenir, a variety of native plants from the greenhouse are available for purchase. The partnership has a greenhouse open to the public on weekdays, consisting of seedlings for ecosystem restoration and public plant sales. If anyone is interested in creating their own pollinator garden filled with native plants, a trip to the greenhouse will make it that much easier.

Plants available for purchase include Golden Columbine, which is a generalist for pollinators and can even feed hummingbirds alongside moths, butterflies, and moths.

Arizona Milkweed, a favorite of butterflies, is in the greenhouse among dozens of other plants.