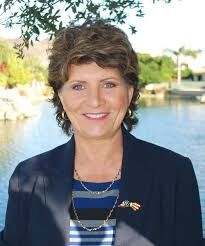 “We have not seen this type of election activity in Greenlee County before,” Rapier said.

In the letter, Nutt spoke about the county being “entrenched” in problems and alleged that new county elections director Bianca Figueroa repeatedly refused to allow Elizabeth Speck to file as a write-in candidate for Greenlee County School Superintendent. She said Figueroa cited “nonsense that showed either a total ineptness at her position or blatantly lying to Ms. Speck.” She said she filed a complaint with the Arizona Attorney General’s Office about the issue.

Rapier said the whole thing was a misunderstanding and it’s been corrected. Both he and Figueroa thought the deadline to file had passed and they were wrong. Figueroa, after speaking with Greenlee County Attorney Jeremy Ford, realized her mistake and immediately contacted Speck to correct it.

He, Figueroa and Greenlee County Attorney Jeremy Ford have spoken with the elections integrity unit of the Arizona Attorney General’s Office and “they seemed wholly unconcerned about it,” Rapier said.

On Friday evening, Katie Connor, a spokeswoman for the AG’s Office, said, “We reviewed the matter and determined this was an issue for the County Attorney’s Office. The issue is now resolved.”

Nutt also made allegations about millions of dollars in donations made to Greenlee County by Freeport-McMoRan.

“Greenlee County Manager/Administrator does not add this to their budget and therefore are not required to show how they use it. Do you see where county supervisors might have invested that amount of money to improve lives in the county? Any investment in economic development or housing or fairgrounds or parks or sports fields or...?” Nutt wrote.

The fact is, the money is “smack dab in the middle of the budget,” Rapier said.

“The $1.8 million is not secreted anywhere but rather, is used as any other revenue source. In good years the county has been able to put away money for lean years such as the current fiscal year,” Rapier said. “There is a balance of $4 million for these purposes and the county has adopted a written policy for when this reserve is to be used. Having tightened our budget for FY 20-21, we do not anticipate using the reserve fund in the current fiscal year — but it’s there if we need it.”

Nutt also questioned the county as to the whereabouts of roughly $1 million in state equalization tax money that’s been designated for Duncan Unified School District and the Blue School District.

“In trying to help them access it to meet some of their needs, I became concerned that shenanigans may have taken place when conversations stopped concerning financing those needs. With a balance of over $1 million in that pool, where is it?” Nutt asked.

Rapier explained that the State Education Equalization Tax was instituted to help address inequities among school districts within the state. It is a state-set, county-collected tax that is distributed among schools within a county. Some schools, due to high assessed property value, are not eligible to receive these funds. For example, Morenci isn’t entitled to the funds, but Duncan and Blue are.

“When the Clifton District closed, it created an excess pool of equalization money in Greenlee County. The money was distributed according to formula (approximately 97 percent to Duncan and 3 percent to Blue) but because there was more money collected than was allowed to be spent, the additional money required a legislative appropriation for Duncan and Blue Schools to spend the money,” Rapier said.

By 2017, approximately, $1.7 million had accumulated in this fund that was earmarked for Duncan schools, he said.

“Rep. Nutt worked directly with Duncan Schools and in 2017, she sponsored a budget reconciliation bill to allow Duncan to spend $700,000 for capital projects including repairs to buildings and critical infrastructure systems and a school bus. However, there remained approximately $1 million unappropriated,” Rapier said.

In 2019, Rep. Nutt sponsored another budget reconciliation bill which appropriated $1,766,000 to Duncan and $46,000 to Blue School District. However, there was only approximately $1,000,000 remaining in Duncan’s account,” Rapier said.

“The remaining excess equalization amount is still in the Duncan and Blue accounts at the Greenlee County Treasurer’s Office. The excess amount in the Duncan account is approximately $700,000,” Rapier said “Duncan Schools have developed a project list to use these excess funds, but until there is legislative authorization to spend these funds, the money will remain on account at the treasurer’s office.”

Rapier stressed that the Greenlee County Board of Supervisors has no authority over the equalization tax or the excess equalization fund whatsoever.

“They cannot authorize the use of the money. They do not invest or otherwise manage these funds, nor do they oversee the expenditure of the money,” Rapier said “There has never been any suggestion that this excess money has been misspent or lost or unaccounted for. Duncan School District has used the money exactly as was authorized. The remaining money has simply not been appropriated by the legislature for use by Duncan Schools.”

Nutt further talked about “huge violations” in Open Meeting Laws that forced her to file complaints with the Arizona Attorney General’s Office. She noted the county was “reprimanded for either their incompetence or disregard for the law” and it took officials “several months” to come into compliance with the law.

Rapier conceded they did, indeed, violate Open Meeting Laws by failing to post minutes taken during county meetings, but said they had started to rectify the problem long before a complaint was filed at the state level.

“One of the things that kind of got left out in the somewhat quick transition from our previous elections director/clerk of the board to our current staff is training on minutes and so we got behind by a little over a year,” Rapier said. “It was brought to our attention and it became a high priority in my office and we put extra staff on it. We went back, listened to recordings. We looked at notes and we began to publish those minutes as quickly as we could.”

It took the county a little over three months to get caught up, Rapier said.

A complaint was also lodged against the county alleging the Board of Supervisors purposely excluded members of the public from attending a March 27 Zoom meeting. In a letter to the county, the AG’s Accountability Unit wrote it was unable to substantiate a violation of the Open Meeting Law because, although there were short delays to technological issues, no one was denied access to the meeting and the county has since assigned IT personnel to monitor the county’s virtual waiting room.

Rapier said many of Nutt’s questions could have been resolved with just a phone call.

“Some of the things written about on social media, had someone asked, had someone come to me and said ‘Can you explain to me where this is in the budget?’ We certainly could do that,” Rapier said. “Honestly, I covered (the Freeport donations) in our budget sessions numerous times. That $1.8 million was covered in my PowerPoint. It was covered in the budget so it wasn’t hidden anywhere. People can call. My cell phone is out there. My home phone is out there. my email is out there. I am glad to talk to people whenever they want to talk.”