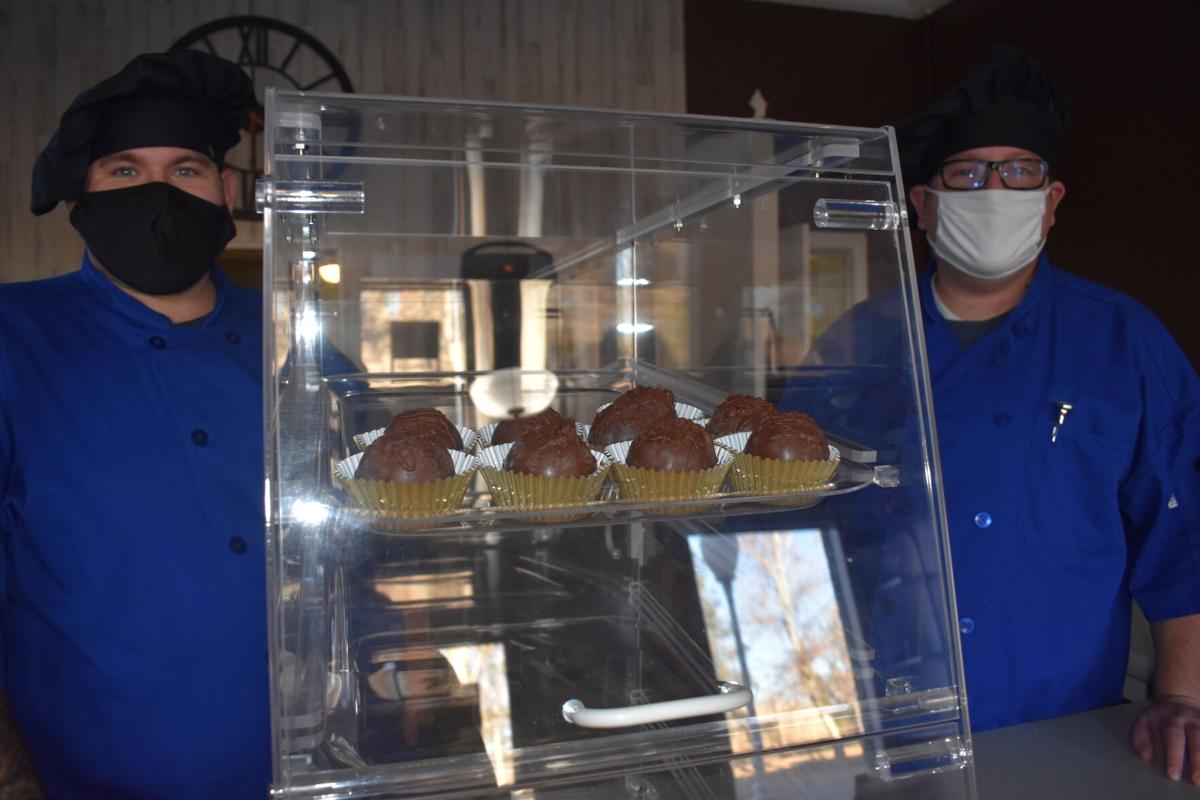 The Henrie brothers of Henrie Bros. Bakery in Duncan; Chris, 29, on the left and Tim, 23. 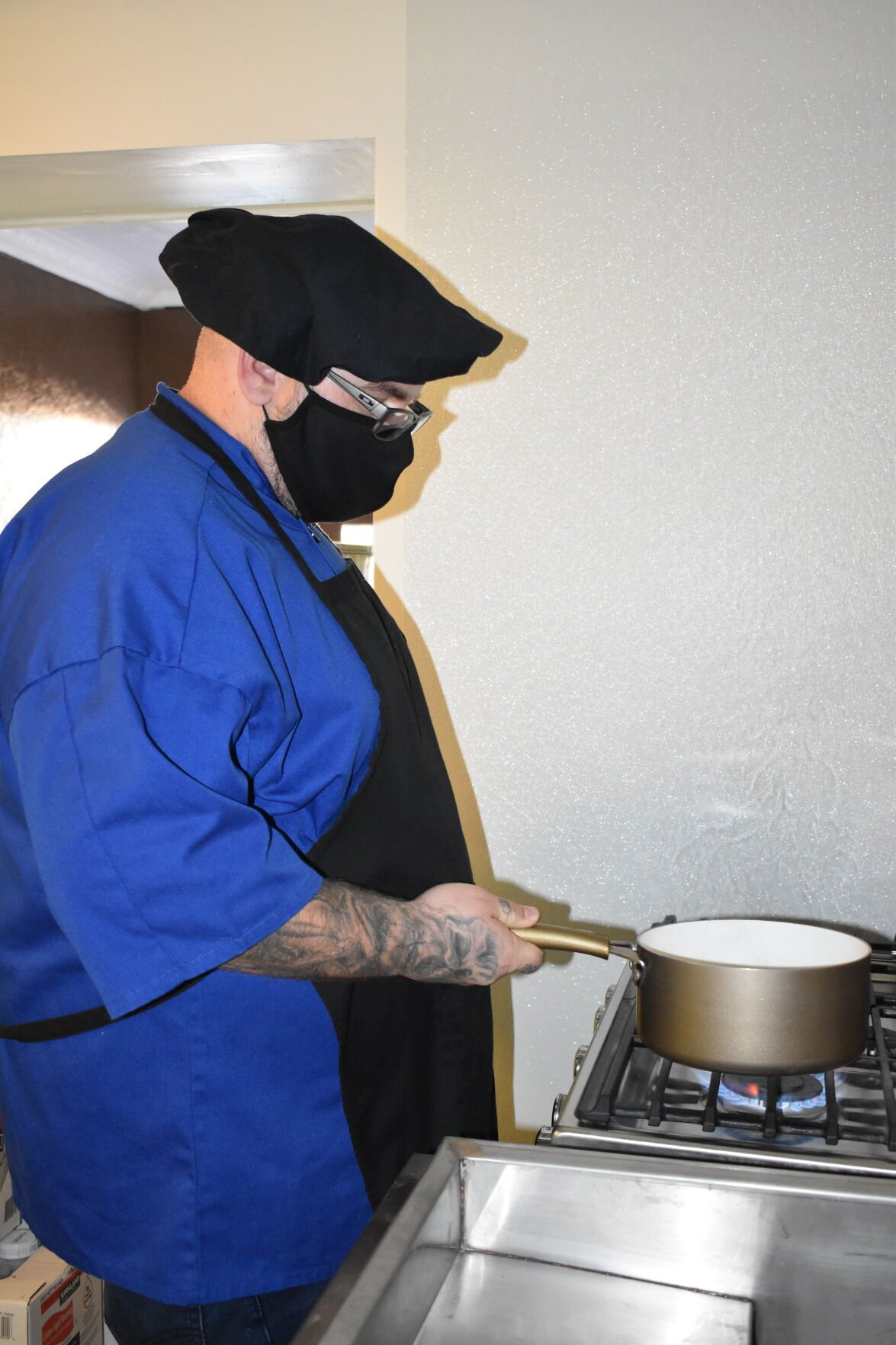 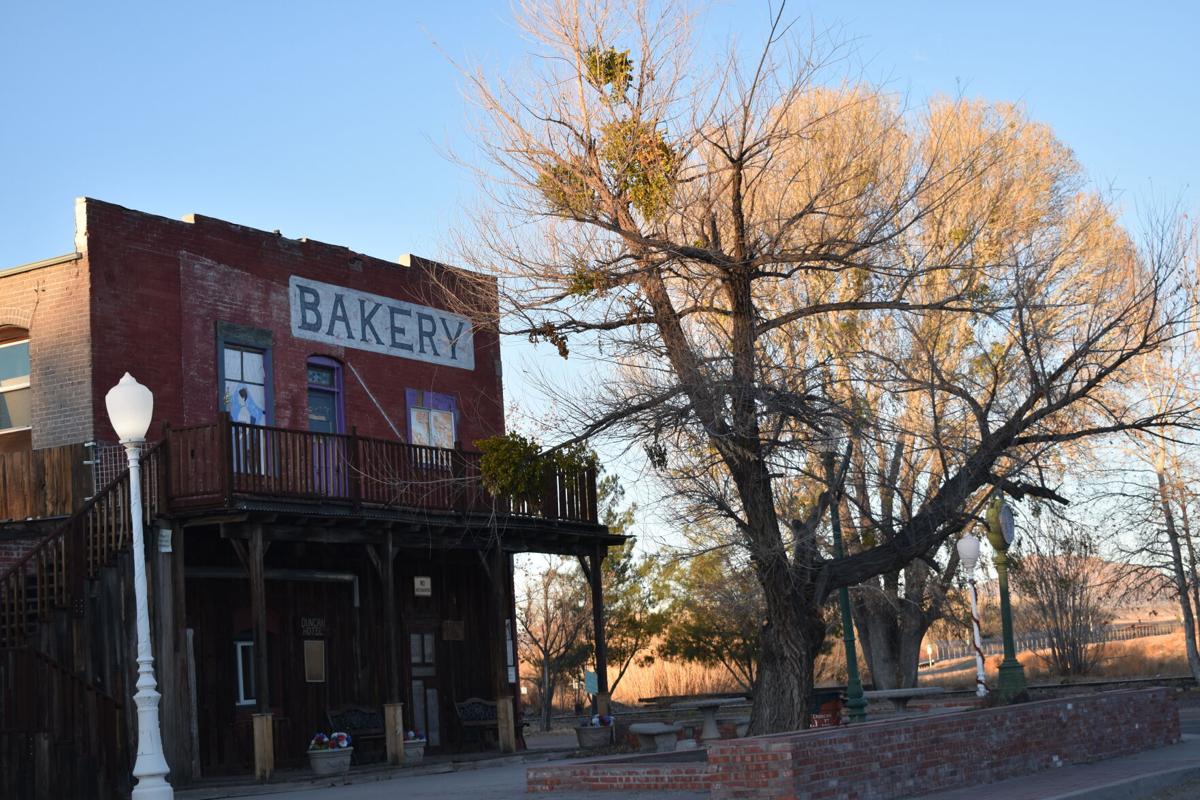 This early 1900s era building on the Old West Highway is once again a bakery.

The Henrie brothers of Henrie Bros. Bakery in Duncan; Chris, 29, on the left and Tim, 23.

This early 1900s era building on the Old West Highway is once again a bakery.

As Chris Henrie, 29, swiftly stirred the carmel sauce on the pot on his stove, he tried to put into words how he was feeling just hours away from opening his own bakery in Duncan.

His brother Tim, 23, was busy wiping counters and straightening things out front and Henrie was thinking about everything he had to get done in order to open “Henrie Bros. Bakery” the next morning at 7 o’clock.

There was a lot to do. Eight hot cocoa bombs stood alone on the counter out front, just waiting to be joined by cinnamon rolls, cookies, donuts and cup cakes.

“There are probably going to be some bumps and hiccups, but I’m excited about starting the next chapter of my life,” Henrie said.

And a new chapter it is.

Up until March, Henrie was working for Freeport McMoRan at the mine in Morenci. The Eager native left culinary school and went to work for FMI about seven years ago, attracted by the pay.

A bad back and other factors caused him to leave the mine right around the start of the pandemic. Oddly enough, it was that bad back that started him on his current path.

In need of a masseuse, the Morenci resident heard about Brittani Wallace in Duncan. During months of massages, Henri told her he was thinking about getting back into the food industry.

In addition to culinary school, he’d spent countless hours learning how to cook and bake from his mother, a caterer, and working as a line cook at W Scottsdale.

“I just grew a passion for making and creating food and expressing myself through food,” Henrie said.

Before he knew it, Wallace was showing him the early 1900s building on the Old West Highway that has sat vacant for the past seven years or so, but was once a bakery.

The Preservation, Restoration in Duncan’s Enhancement Society had beautified much of the outside of the town-owned building, but the ground floor inside was in terrible shape.

The ceiling in the rear had caved in and there was a huge hole in the wall separating the back of the building from the front.

Still, Henrie decided he was going to take his savings, rent the bottom half of the building from the Town of Duncan and turn it back into a bakery. (There’s a rented apartment upstairs, he said.)

Henrie, his brother, Tim and other family members have been working non-stop on getting the building ship-shape for months. At the same time, Henrie has been purchasing the necessary kitchen equipment and seeking the advice of Eastern Arizona College’s Small Business Development Center and others.

“The people of the town have been so great and they seem to really want a bakery,” Henrie said.

Rarely a day went by when someone didn’t stop by to see their progress and they’ve both fallen in love with the town, the brothers said.

“It’s a small town and you can tell everyone really cares for each other,” Tim Henrie said. “Everyone keeps asking ‘Are you open yet?’ They’re excited for this.”

In the beginning, Henrie said he intends to be somewhat flexible when it comes to his menu and his hours. He wants to see what the community needs and wants. He’ll like open at 7 a.m. weekdays to see how it goes.

“I’m trying to be as open as I can to the community,” Henrie said. “I want to serve them the best I can.”

Over the coming months, Henrie said he hopes to purchase additional seating, refurbish the outside benches and invest in more equipment, including a proofer for breads.

“Whatever I make I’m going to put back into this place,” he said. “I want to make this really nice for people.”

Because people have been so great and helpful, especially Town Manager John Basteen, Henrie also said he’d like to one day hold charity events.

Now that the work on the building is done, Tim Henrie said he’s been learning how to bake himself. His favorite recipe so far?

“I love Chris’ cinnamon rolls. They are soooo good,” he said.