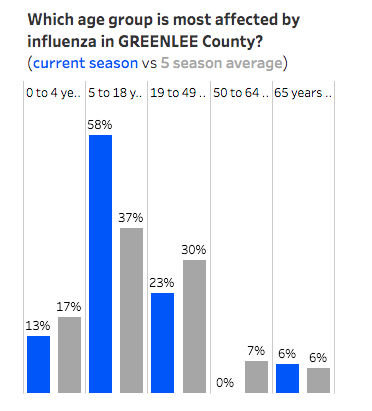 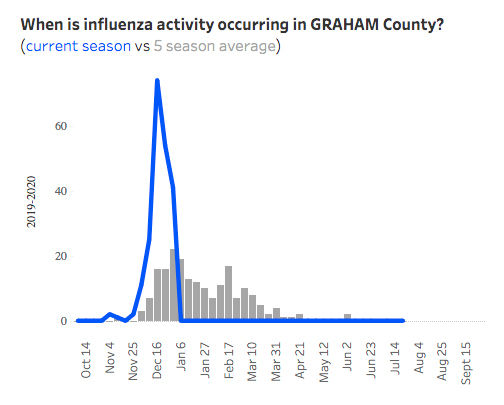 That’s according to the latest report from the Arizona Department of Health Services.

The next largest age group impacted by flu is 19 to 49 year olds, at 23 percent, with 13 percent impacted children 4 and younger, and 6 percent of the cases in those 65 and older.

Statewide, there have been 6,816 confirmed cases of flu through Dec. 28, with 41 percent in school-aged children.

In both counties, the overwhelming majority of cases were reported the week of Dec. 16.

Symptoms of flu include:

• Stomach symptoms, such as nausea, vomiting, and diarrhea, also can occur but are more common in children than adults

What should I do if I get sick?

• Stay home from work or school, and rest

• Use acetaminophen or ibuprofen to help with fever and body aches

• Wash your hands often to protect other people

• Avoid getting close to other people, especially when coughing or sneezing

• Cover your mouth and nose when coughing or sneezing