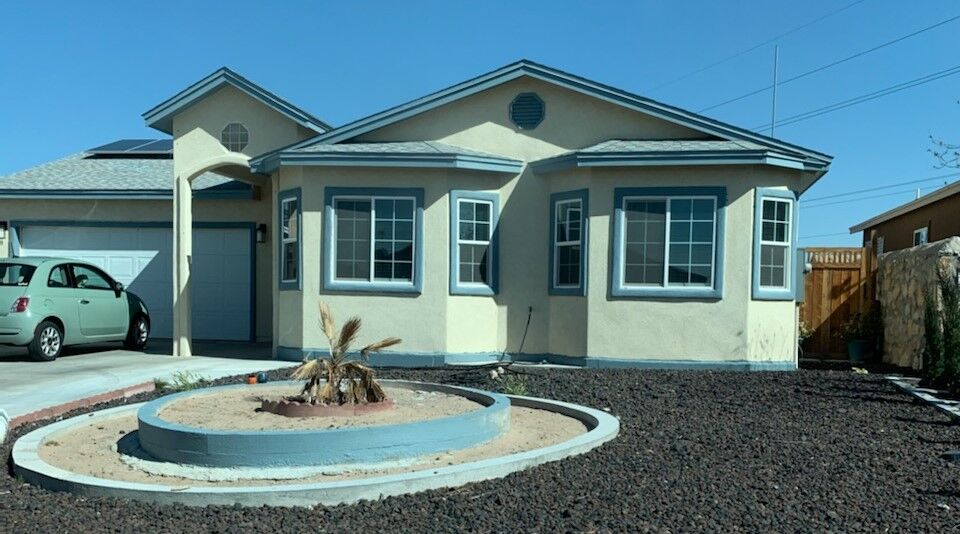 This home is was built by the homeowners themselves with the aid of a nonprofit and the federal government. Greenlee County officials are curious if a similar program could work here.

One of the many homes visited in Las Cruces, N.M. last week by Greenlee County officials.

This home is was built by the homeowners themselves with the aid of a nonprofit and the federal government. Greenlee County officials are curious if a similar program could work here.

One of the many homes visited in Las Cruces, N.M. last week by Greenlee County officials.

The trio, along with economic development department employee Erica Gonzalez, visited three housing subdivisions and two apartment complexes built by non-profit organizations with federal funding and in the case of the houses, sweat equity put in by the homeowners themselves.

“It was about expanding our horizons,” Rapier said.

Because Greenlee County has such a large housing issue, Rapier said he was intrigued when Gonzalez, who used to live in Las Cruces, came to him and told him about a nonprofit organization called Tierra Del Sol.

For years the nonprofit, with help from the USDA, has been giving farm workers and others the opportunity to build their own 1,400-2,000 square foot homes. Four families at a time will work on their homes in a small subdivision and once all four homes are built, they get to move in and start making affordable house payments that can stretch up to 38 years, Rapier said.

Each construction project is overseen by a licensed general contractor and built up to code, Rapier said. The program gives families, who sometimes earn as little as $15,000 a year, an opportunity to own a home.

Federal funding pays for the subdivisions’ roads, sewers and other infrastructure, which was of particular interest to them, Rapier said.

Because each of the families have invested so much time and effort into their homes they tend to take great pride in the upkeep of their homes and their neighborhoods, he said. In addition, the adults in the home are required to go through classes that teach them about understanding credit, managing their finances and home upkeep.

Tierra Del Sol also builds affordable apartment complexes using federal funding and because the organization is a nonprofit, all of the money earned through rent gets put right back into the complexes, Rapier said.

“It was very enlightening,” Lunt said of the trip. “It put a different spin on housing that I haven’t seen. With help, I’m hoping we’ll be able to accomplish some of the things they’ve been able to do in Dona Ana County.”

Lunt was particularly impressed with the classes offered to would-be home buyers because he believes a lot of people don’t understand what it takes to get and keep a home.

The District 3 supervisor said he wants to take small steps to ensure whatever the county does when it comes to exploring housing options is successful.

“The trip opened my eyes to many aspects I hadn’t considered and overall, I think it was worth our time and effort,” Lunt said.

Like Rapier, he said the quality of the housing they saw was impressive. The apartment complexes they saw were 15-years-old, but looked much newer, he said.

“I’m very optimistic we can make something like this happen,” Gomez said.

Although the county clearly isn’t in the business of building homes and has different challenges than those faced in Dona Ana County, N.M., Rapier said he plans to reach out to nonprofits like Tierra Del Sol to explore if the county can try something similar.