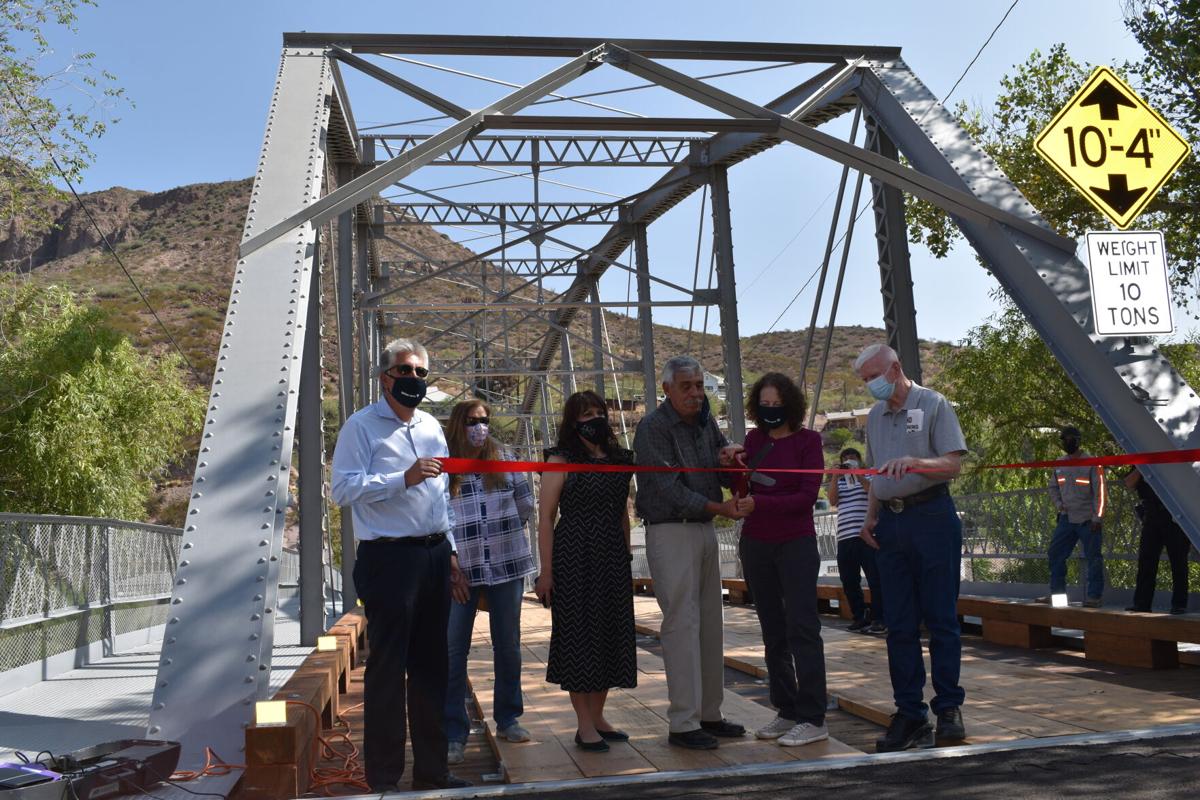 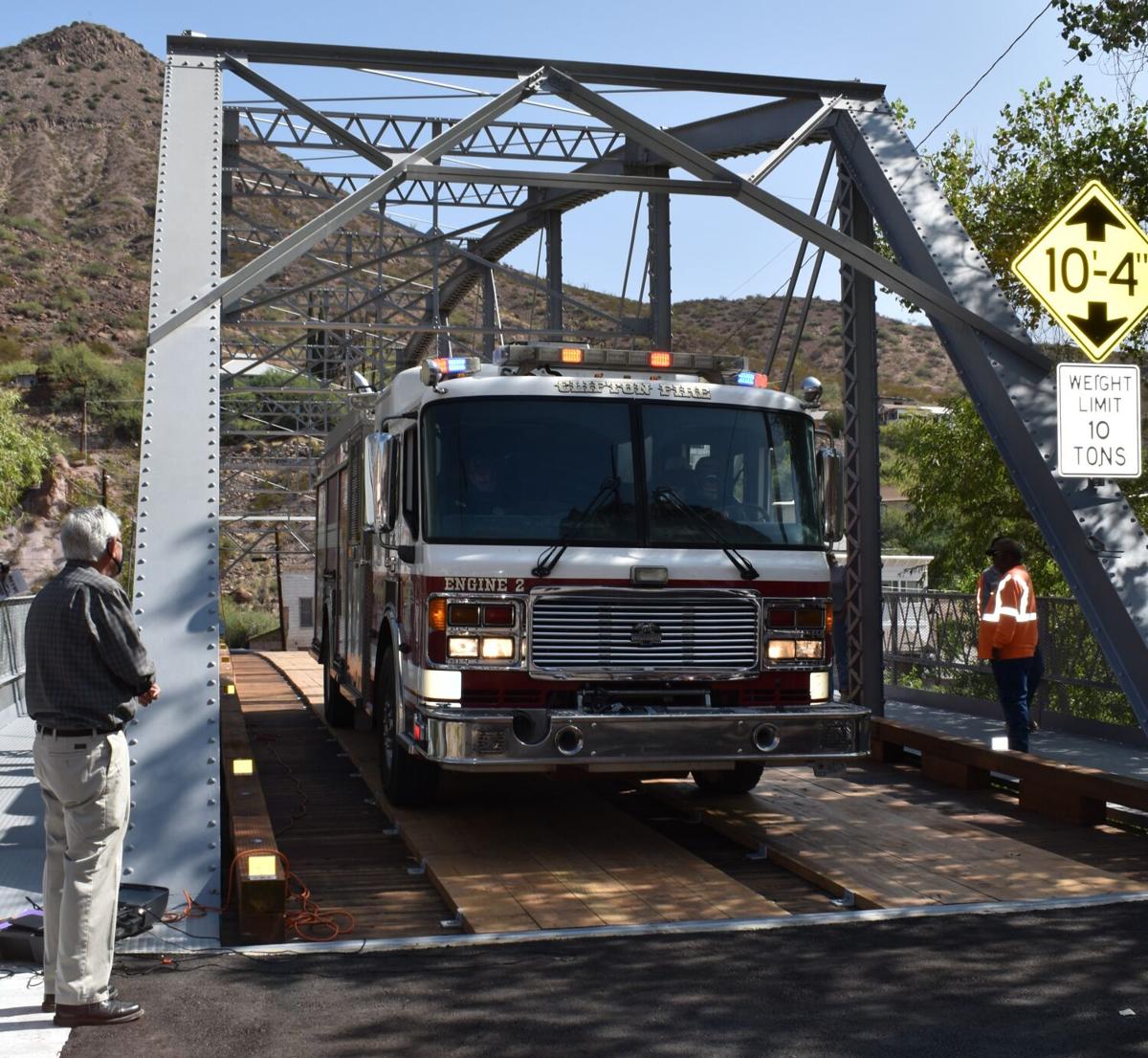 A Clifton fire engine was the first vehicle to cross the newly rehabbed bridge. 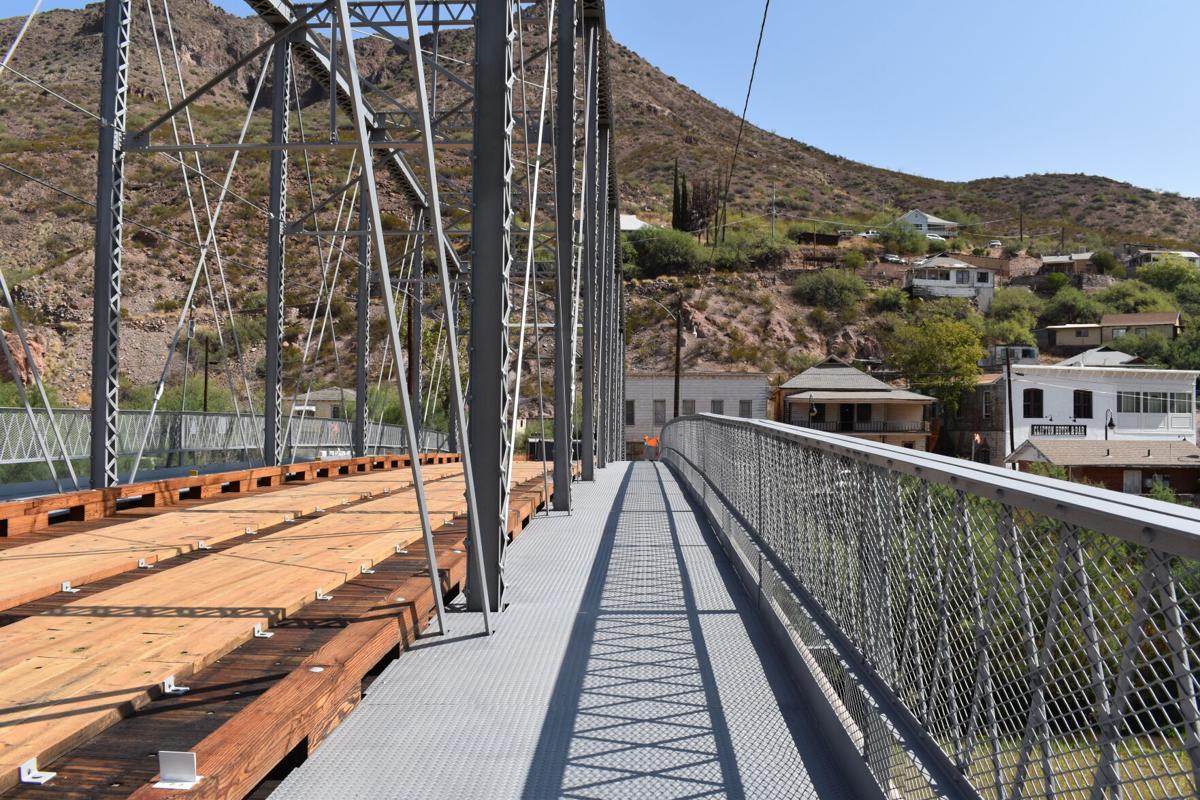 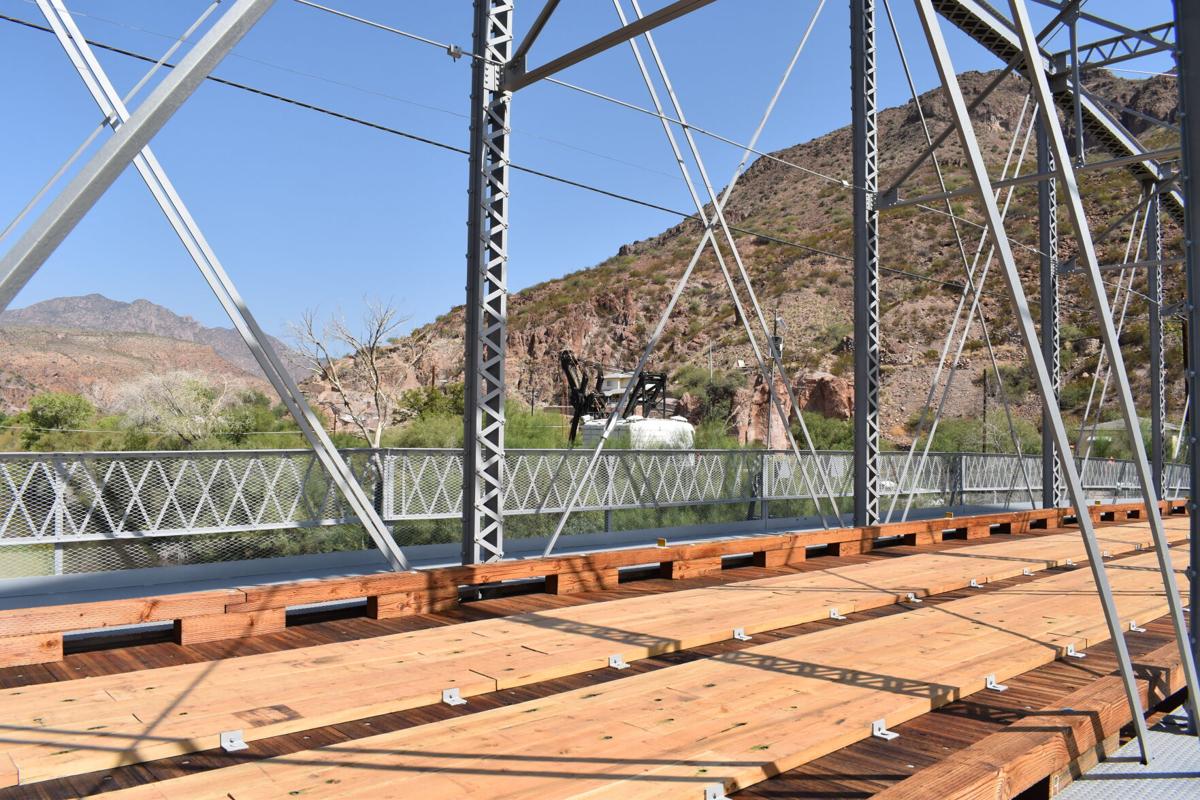 A Clifton fire engine was the first vehicle to cross the newly rehabbed bridge.

The iconic Zorrilla Bridge in Clifton reopened Tuesday with much fanfare, following a $1.6 million rehabilitation project by the Arizona Department of Transportation.

Back in April ADOT began removing the asphalt and replacing the timber bridge deck with glued laminated timber, timber running planks and timber bridge rails. The walkway deck plate was repaired and bridge deck joints were replaced as well. In addition, the existing steel deck elements were repainted and roadway signs were installed.

During a ribbon cutting ceremony, Mayor Luis Montoya gave thanks to the many organizations involved in the project, including SEAGO or the Southeastern Arizona Governments Organization, which partially funded it. (The Town of Clifton’s portion was $348,940). He also thanked residents for their patience. He noted three different town managers have presided over efforts to rehab the bridge.

The mayor told the crowd he thought it ironic the bridge originally opened in February 1918 during the Spanish Flu epidemic and now was being re-opened during the COVID-19 pandemic. The original bridge and another one built at the same time cost a total of $79,000, he said. He also noted the bridge is the only one with pedestrian pathways on both sides.

The bridge was added to the National Register of Historic Places in 1988.

He expects everyone to follow the honor system and politely wait their turn to cross the bridge, which is now one-way, like it was originally, Montoya said.