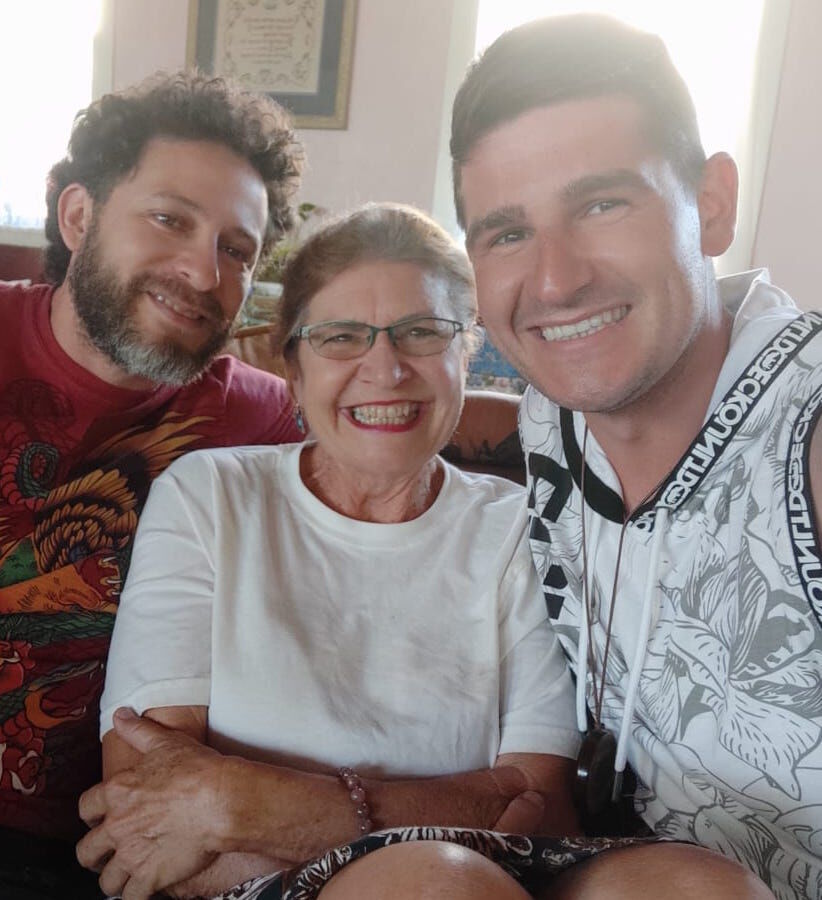 Clifton resident Kimmy Henderson with friends Jesus Rafael "Rafa" Chavez of Mexico and Michal Gabriel Golabek of Poland. The three of them will be performing Saturday at Henderson's Blue Door Sanctuary. 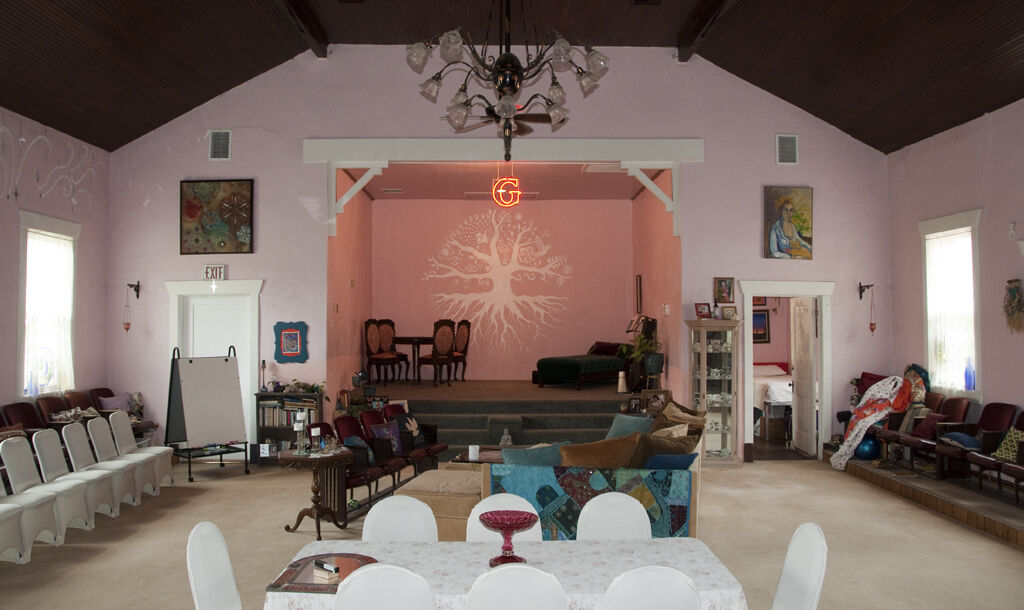 The Blue Door Sanctuary, which used to be a church, will be using the former altar as a stage Saturday night.

Clifton resident Kimmy Henderson with friends Jesus Rafael "Rafa" Chavez of Mexico and Michal Gabriel Golabek of Poland. The three of them will be performing Saturday at Henderson's Blue Door Sanctuary.

The Blue Door Sanctuary, which used to be a church, will be using the former altar as a stage Saturday night.

With more than 43% of Greenlee County residents vaccinated and the number of people with COVID-19 in the single digits county-wide, Kimmy Henderson decided now’s the time to celebrate local talent. The owner of the Blue Door Sanctuary in Clifton is hosting an Open Mic Night Saturday.

The brighter health picture and a visit from two friends energized her, Henderson said.

“I hiked the Camino de Santiago, which is a nearly 500-mile walk across Spain and along the way I made friends from all over the world and two of them are currently visiting,” Henderson said. “Michal is from Poland and Raphael is from Mexico. Both of them are musicians so it just seemed like, ‘OK, now I’ve got the firepower to really lift this thing off the ground.’ So Rafa help me order the microphones and the mixer and the speakers and the stands and everything and put it together too, so it’s not rinky-dink.”

Over the past couple of weeks, Henderson said she’s been advertising the event on Facebook and through flyers and she expects musicians from a variety of genres to show up. Friends from the Gila Valley and Tucson are coming as are friends from throughout Greenlee County, she said.

Everyone is welcome to come and listen or perform even if they just have a “poem or essay to read, or play the saw or some such,” she said. They definitely don’t have to be of a professional caliber, she said.

How long the event goes depends on the crowd, she said.

“We’re planning on two hours, but if it’s just too wonderful to desist, we might go another hour beyond that,” Henderson said. “We’re going to run about halfway through the program and then have an intermission with food. Everything’s better with food.”

The Sanctuary was originally a church and then it became a Masonic Lodge, Henderson said.

Since 1917, her place has been a place for people to gather and she’d like for that to continue, she said. It’s possible the Open Mic Night could become a quarterly event.

The Blue Door Sanctuary, 112 Park Ave., Clifton, is hosting an Open Mic Night on Saturday. The event will begin at 8 p.m. Food will be available for purchase. Owner Kimmy Henderson said CDC COVID-19 recommendations should be followed. For more information, call (310) 720-4587.