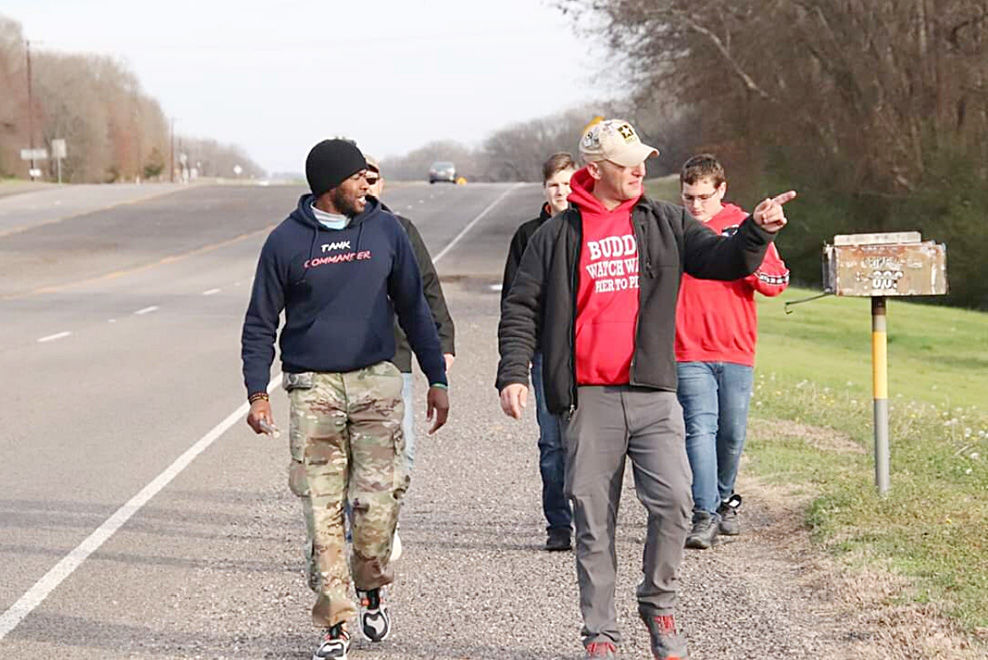 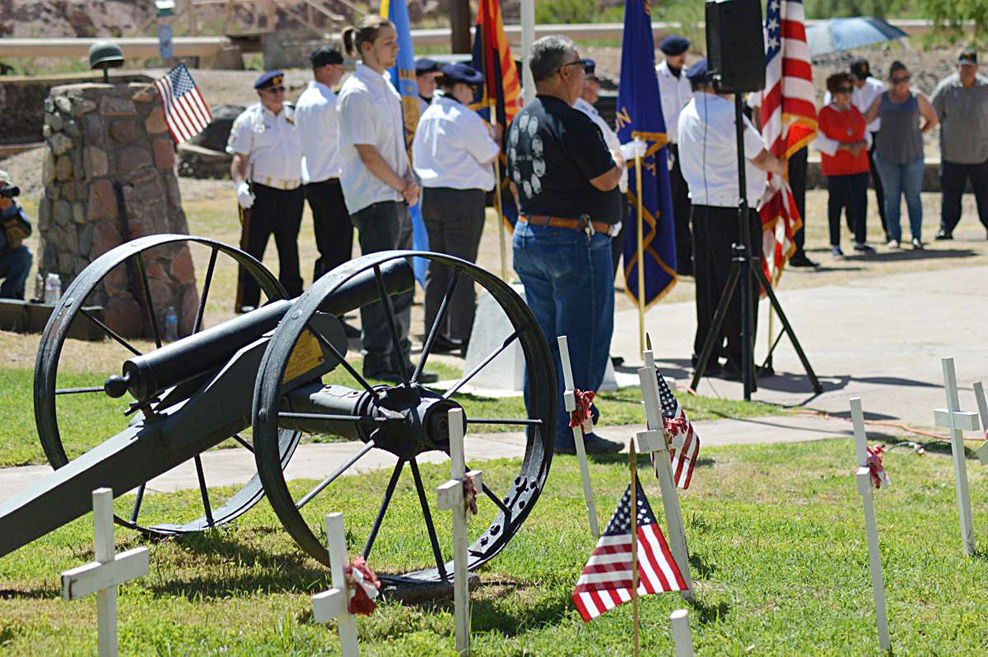 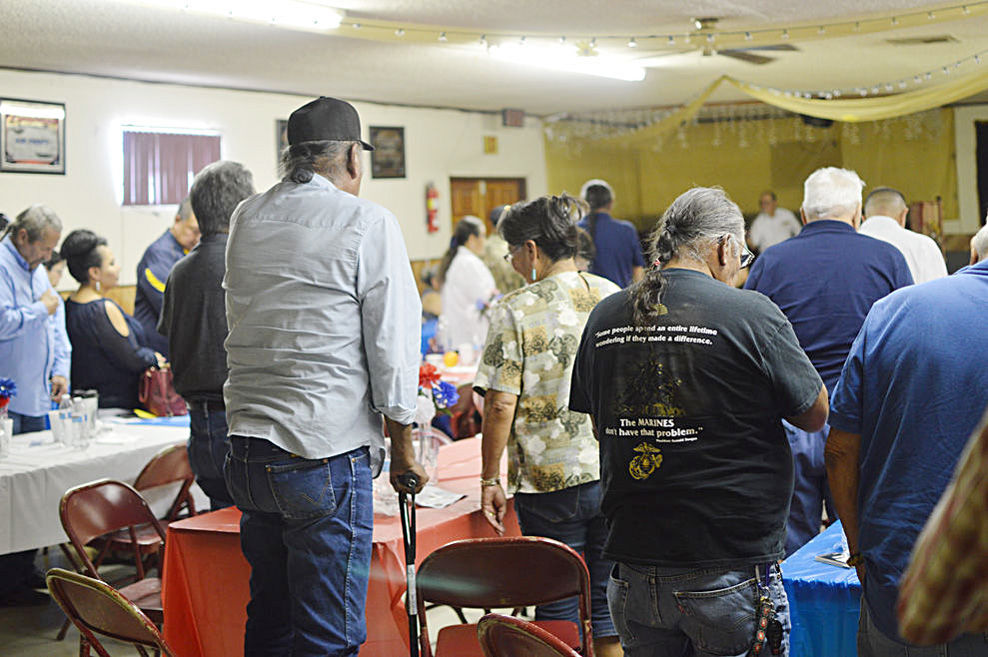 Veterans rise for the pledge of allegiance at the August 2019 Veterans Benefit Awareness event at American Legion Lopez-Hernandez Post No. 95 in Solomon, Arizona.

Veterans rise for the pledge of allegiance at the August 2019 Veterans Benefit Awareness event at American Legion Lopez-Hernandez Post No. 95 in Solomon, Arizona.

DUNCAN – Two men are in the middle of a walk across America in order to raise awareness for the challenges facing veterans.

On Oct. 1, Georgian Army National Guard Infantryman John Ring set out from the Tybee Island Pier in Georgia to help spread the message of support and understanding for veterans. On his journey, he was joined by colleague and fellow soldier Jimmy Mathews in Mississippi and the two are making a beeline for the Santa Monica Pier in what they’re calling the Buddy Watch Walk: Pier to Pier.

The Copper Era caught up with Ring after the men entered El Paso and asked him what spurred his decision to make the arduous journey. “Working with veterans the last few years and seeing the things they were going through, the challenges. Not getting proper treatment with battling addiction and PTSD. Also a lot of our veterans who are in the criminal justice system or treatment find themselves stuck with no way out,” Ring said. “I’m doing it for my brothers and sisters, like Jimmy Mathews who’s walking with me. He found me on social media and joined me on Nov. 18.”

Mathews, a retired master sergeant, served three combat tours in Iraq and is the recipient of the Bronze Star with Valor. “I love God, family, helping others and outdoor activities. I was inspired by conversations with soldiers who were and are still struggling with life-altering symptoms after combat. John’s Buddy Watch Walk is raising awareness for those symptoms and my own struggles with PTSD, addiction, being homeless from 2011-2014 and suicide ideations. Being a part of this walk is my way of helping others and myself deal with and overcome the challenges we are facing,” Mathews wrote in his biography.

Ring said they had met with a lot of veterans on their journey. “In fact, the entire dynamic of the walk changed for me in Alabama when I met a Vietnam veteran and heard the story about his struggles. Getting spit on in his face when he returned home. We’ve had Gold Star families, with parents whose sons were killed in Iraq or Afghanistan. It’s been a very touching journey and we’ve had a lot of support.”

Ring reached out to other men who have attempted the same journey, asking them for advice or areas where they felt they may have fallen short. They all advised him to strengthen his social media presence. The men have taken that advice to heart, with daily posts to platforms like Facebook and Twitter.

The two plan to finish their journey on May 8, when they arrive at Santa Monica Pier in California. “It’s the day World War II ended (in Europe) and it fits into our next walk on March 25, 2021. We’re going to be walking from Normandy, France in honor of World War II veterans — not just U.S. soldiers, but our allies too,” said Ring.

Ring and Mathews will arrive in Duncan on March 21, and will be spending the week. Ring said they hope to meet with veterans, first responders and elected officials during that time. “I look forward to meeting as many people as possible,” he said.

You can read more about the walk and actively track the two men’s journey online at https://buddywatchwalk.com/.