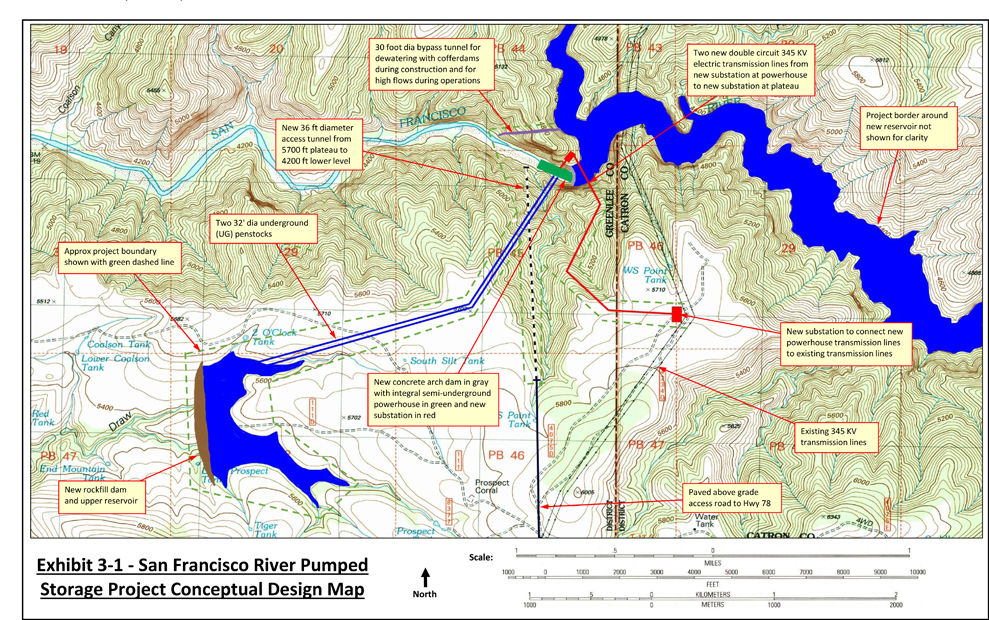 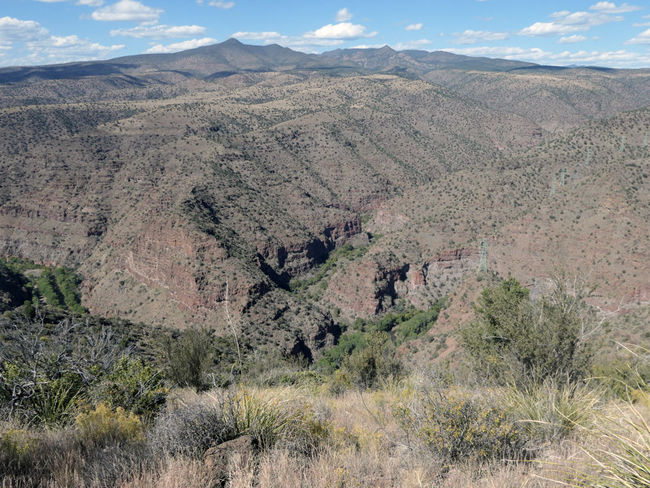 CLIFTON — A pumped storage dam facility proposed by a Phoenix-based company has come under fire from the Center for Biological Diversity.

The San Francisco River Pumped Storage Project was proposed by Pumped Hydro Storage LLC, which applied for a permit with the Federal Energy Regulatory Commission for the project. The permit came under fire from the Center for Biological Diversity last week, which blasted the proposed dam as potentially damaging the region’s watershed.

“The San Francisco River Pumped Storage Project, proposed within protected areas of two national forests, would damage or destroy dozens of miles of critical habitat for five endangered species,” the Center for Biological Diversity wrote in a release issued Feb. 21.

The dam project would pump water from a reservoir on the San Francisco River to another located on an adjacent plateau in order to generate electricity.

“The free-flowing San Francisco River is one of the last, best cradles of biodiversity in the Southwest. This disastrous project would be its end,” said Taylor McKinnon, a public lands campaigner at the Center for Biological Diversity. “We’ll fight like hell to ensure this boondoggle is never built.”

The project includes both reservoirs, power lines, buildings, a new substation in New Mexico and roads among other infrastructure. The Center for Biological Diversity charges all that infrastructure will affect protected wilderness areas within the Apache-Sitgreaves and Gila national forests.

In its legal challenge issued to the Federal Energy Regulatory Commission regarding Pumped Hydro Storage LLC, the Center for Biological Diversity stated that the application was incomplete, writing, “The application includes no mention of the proposal’s potential impacts upon the Lower San Francisco Wilderness Study Area on the Gila National Forest (which would be inundated by reservoir), Inventoried Roadless Areas on the Gila and Apache/Sitgreaves national forests, and on Wild and Scenic Eligibility Status (San Francisco River designated eligible on Apache/Sitgreaves, highly likely on Gila National Forest in new forest plan). In addition, the Application fails to mention the impact the proposal would have on federally threatened and endangered species, including Southwest willow flycatcher, loach minnow, spikedace, narrow-headed garter snake and Northern Mexican garter snake.”

The document also accuses the application of being misleading and not considering the complicated water rights issues that plague the lower Gila agriculture community and the ongoing conflict with the San Carlos Apache Tribe and Gila River Indian Community.

“Water rights in the Gila/San Francisco watershed are highly contested — there are likely no water rights available for the proposed project,” Center for Biological Diversity wrote.

Pumped Hydro Storage LLC received similar opposition to another proposed pumping project on the Little Colorado River near the Grand Canyon last year. The Navajo Nation Salt Trail Canyon Pumped Storage Project saw contention from a number of activists and environmental groups, including the Hopi Tribe, which called the proposed project land sacred to their people.