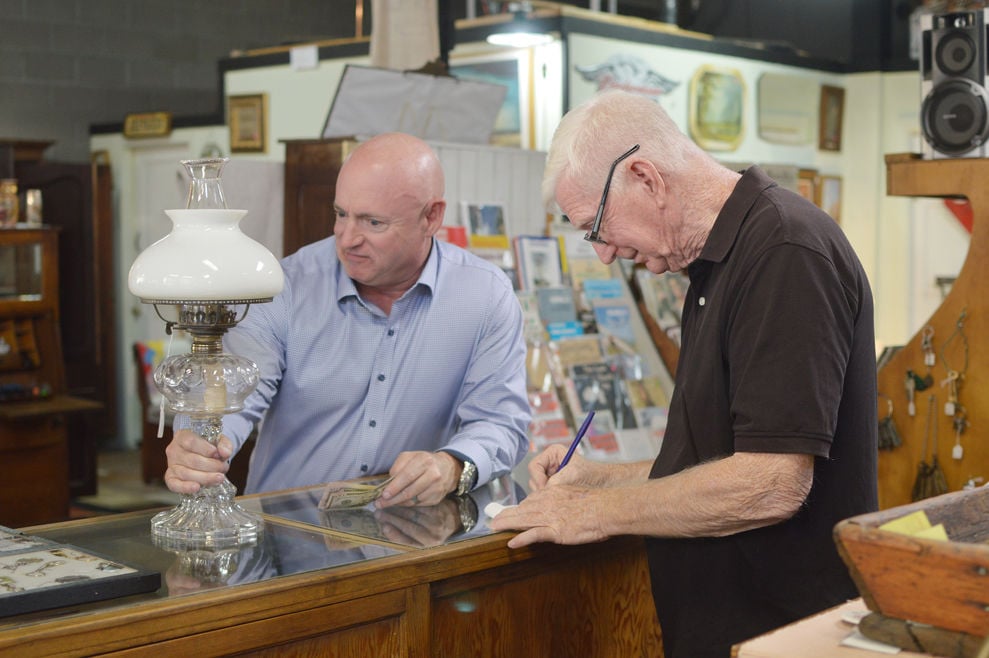 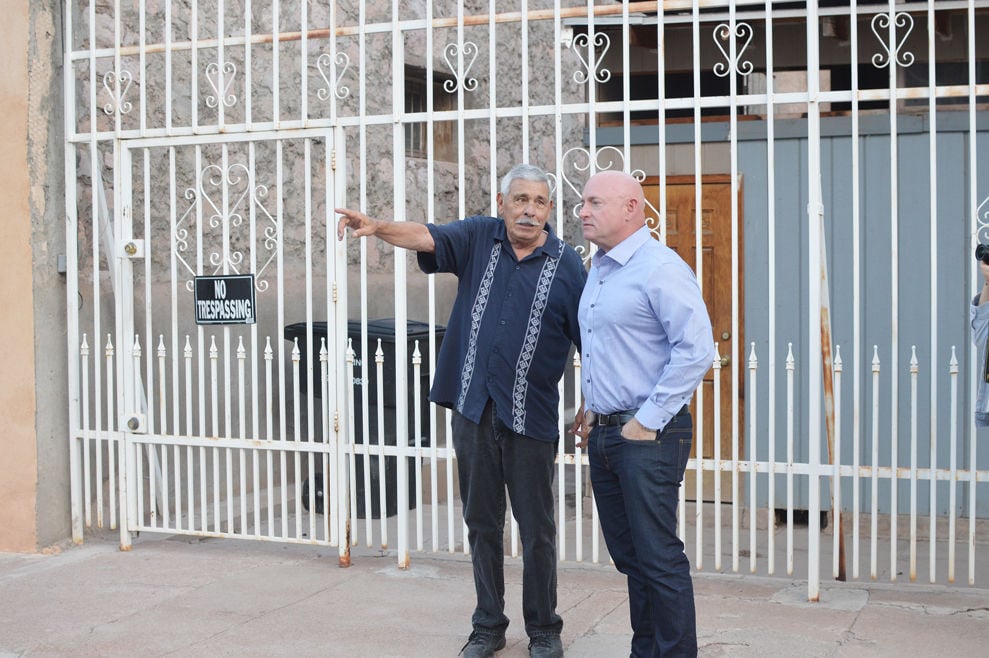 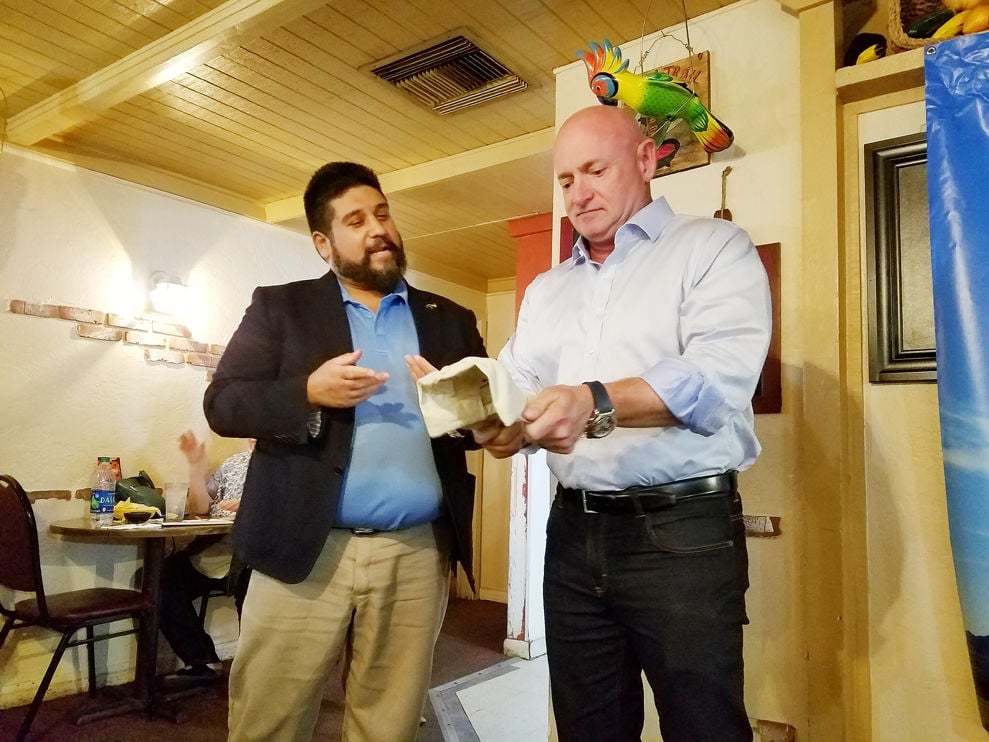 CLIFTON — It’s not quite the election year yet, but candidates have already begun making their rounds here in Arizona.

The Copper Era tagged along on a tour of Chase Creek with Democratic candidate Kelly and Clifton Mayor Luis Montoya. Taking in the sights, Kelly met with the business owners and residents of Chase Creek.

Stopping in at a Vintage Clifton, Kelly asked proprietor Ray West, “So, where did this all come from?”

“That’s what everyone always asks me, ‘Where do you get all your stuff?’ ” West said.

In a store full of classic furniture, machinery and memorabilia, the candidate settled on an antique gas lamp as a gift for his wife. “When I get home I’m going to be a hero,” he said.

Kelly’s wife is Gabby Giffords, a former member of the U.S. House of Representatives, who retired following an assassination attempt in 2011.

Across the street from Vintage Clifton, business owner Jeanette West told Kelly she looked forward to speaking with him the following day at an engagement in Clifton.

“I’m interested in hearing your thoughts on gun control and Medicare,” she told him.

“I’ll be thinking about that tonight,” he said.

Kelly also got to show a less political side during his visit as a guest at Metcalf and Solomon elementary schools. The former astronaut regaled students with tales of his work at NASA as a pilot and space shuttle commander, while reading them a children’s story he wrote called, “Mousetronaut Goes to Mars.”

“It’s really incredible,” he told the children of Solomon Elementary. “We live on an island in the middle of our solar system. We need to do a better job taking care of it.”

Kelly shared that his dream had been to be the first man to walk on Mars, and that while he was not able to, any of them in the audience might have that chance. He left them with this advice: “Work hard in school, and listen to your parents and teachers.”

TUCSON — Arizona’s Senate race, already expected to be one of the toughest in the nation, got tougher this week when a Phoenix businessman ann…