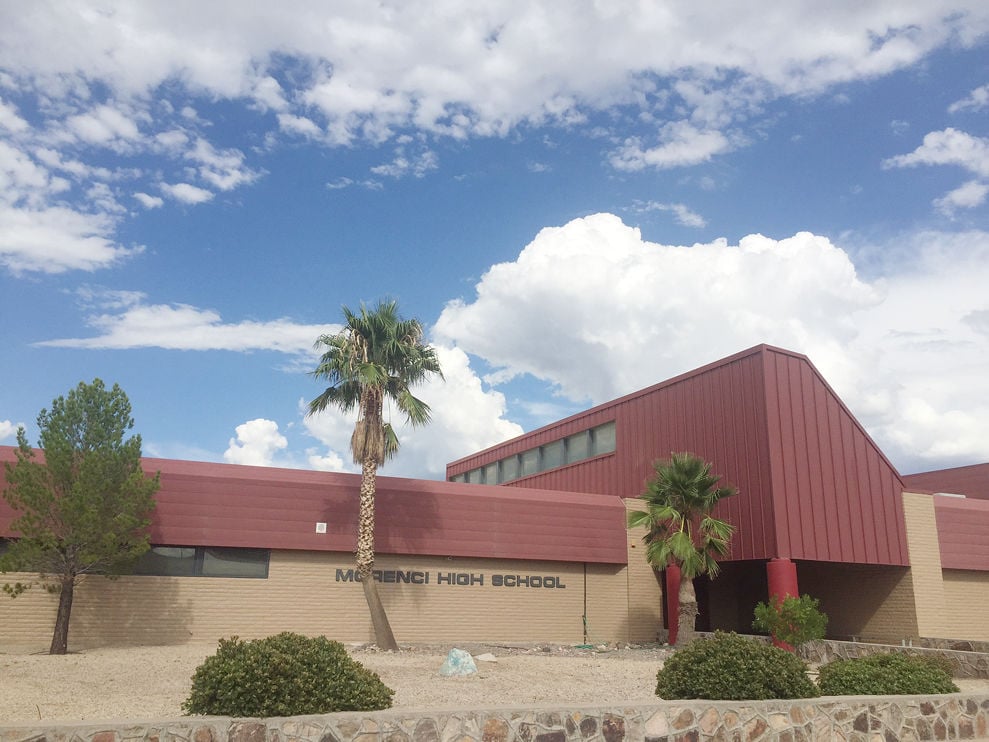 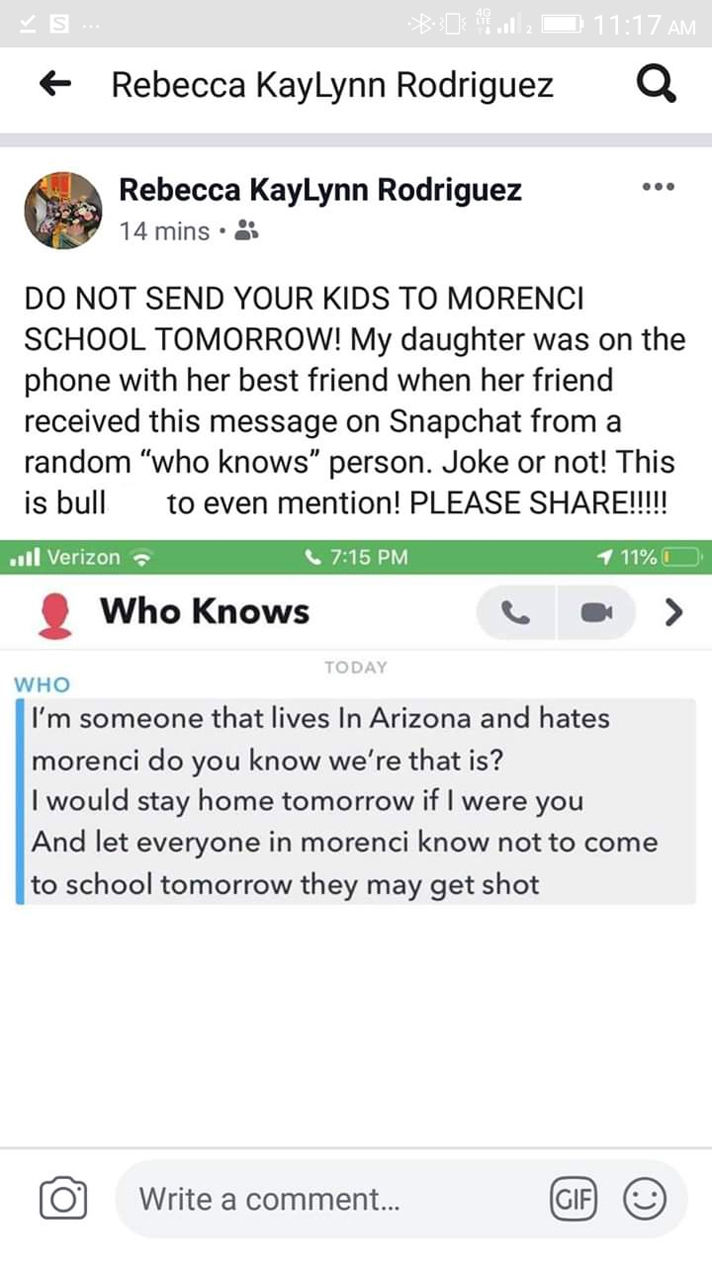 This post made on social media Sunday evening spurred law enforcement officials to act and the Morenci School District to close school the following day.

Editor’s note: A profanity in the original post was digitally removed by the Copper Era.

This post made on social media Sunday evening spurred law enforcement officials to act and the Morenci School District to close school the following day.

Editor’s note: A profanity in the original post was digitally removed by the Copper Era.

MORENCI — Officials moved swiftly to intercept a proposed threat to the Morenci school system following a post on social media earlier this week.

A local parent made a post to a community Facebook page Nov. 3, containing an image of a threat her child had received through Snapchat warning of a school shooting in Morenci.

In that anonymous message, the author writes, “I’m someone that lives in Arizona and hates Morenci. Do you know we’re that is? I would stay home tomorrow if I were you. And let everyone in Morenci know not to come to school tomorrow, they may get shot.”

The post made the rounds through social media circles, racking up thousands of comments before making its way into the hands of the Greenlee County Sheriff’s Office and the Morenci Unified School District. Officials agreed to a school closure Monday, Nov. 4.

“The call came in about 7:30 Sunday night, reference the Snapchat message threatening Morenci schools and warning people not to go to school the next day because they may be shot,” Greenlee County Sheriff Tim Sumner said, speaking with the Copper Era. “A deputy and CPD officer did quite a bit of investigation that night. We take these matters very serious, and our investigator continued the investigation the next day. Our investigator was able to identify the responsible juvenile, who was apprehended.

“The deputy and CPD officer did a great job, which helped our investigator close this case quickly.”

Sumner also credited cooperation with the MUSD for a swift resolution to the case, a sentiment that Superintendent Dr. David Woodall shared.

“Social media issues and, in this case, a threat made via social media are very challenging for school administrators. A big shout out to the Greenlee Sheriff’s Office and Clifton Police Department; they jumped on this case and quickly determined this threat was not credible. Also a thank you to our community — we had students, staff and parents bring the post to our attention within minutes.” he said.

Woodall did express concern, however, that the initial post was to social media and not to the district or law enforcement authorities.

“I would encourage parents who hear or see threats to reach out to law enforcement or school officials rather than posting it on social media, as in this case it hampered the investigation,” Woodall said. “Had the original post been referred to law enforcement rather than posted on social media, the case would have been resolved within a couple of hours without the need to close school.”

In a post to the community, Woodall encouraged parents to become part of the solution instead of the problem and to monitor their children’s social media usage.

“Phones are a very powerful tool in the hands of students, and it is easy for students to make mistakes in a matter of seconds that can be hard to overcome,” he said. “It is my belief that student use of phones and computers needs to be closely monitored by parents.”

Sheriff Sumner reiterated the department’s commitment to education in schools.

“Student safety is an extremely high priority, and that is why we spend a lot of time at the schools with our All-In Community Policing. We also went around to one of the schools today speaking about threats, false reporting and making good choices. There was good communication with CPD and MUSD during this investigation, which helped the overall process while dealing with this incident,” Sumner said. “No further information regarding the case will be released.”