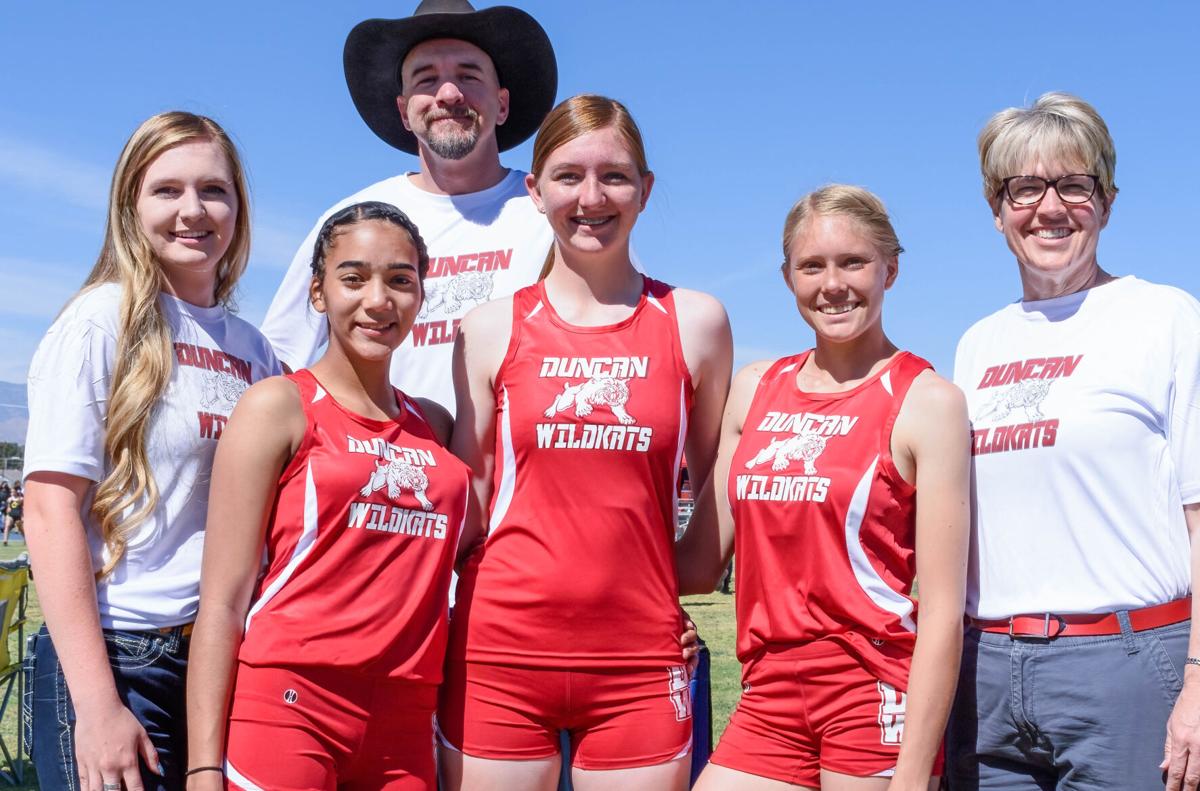 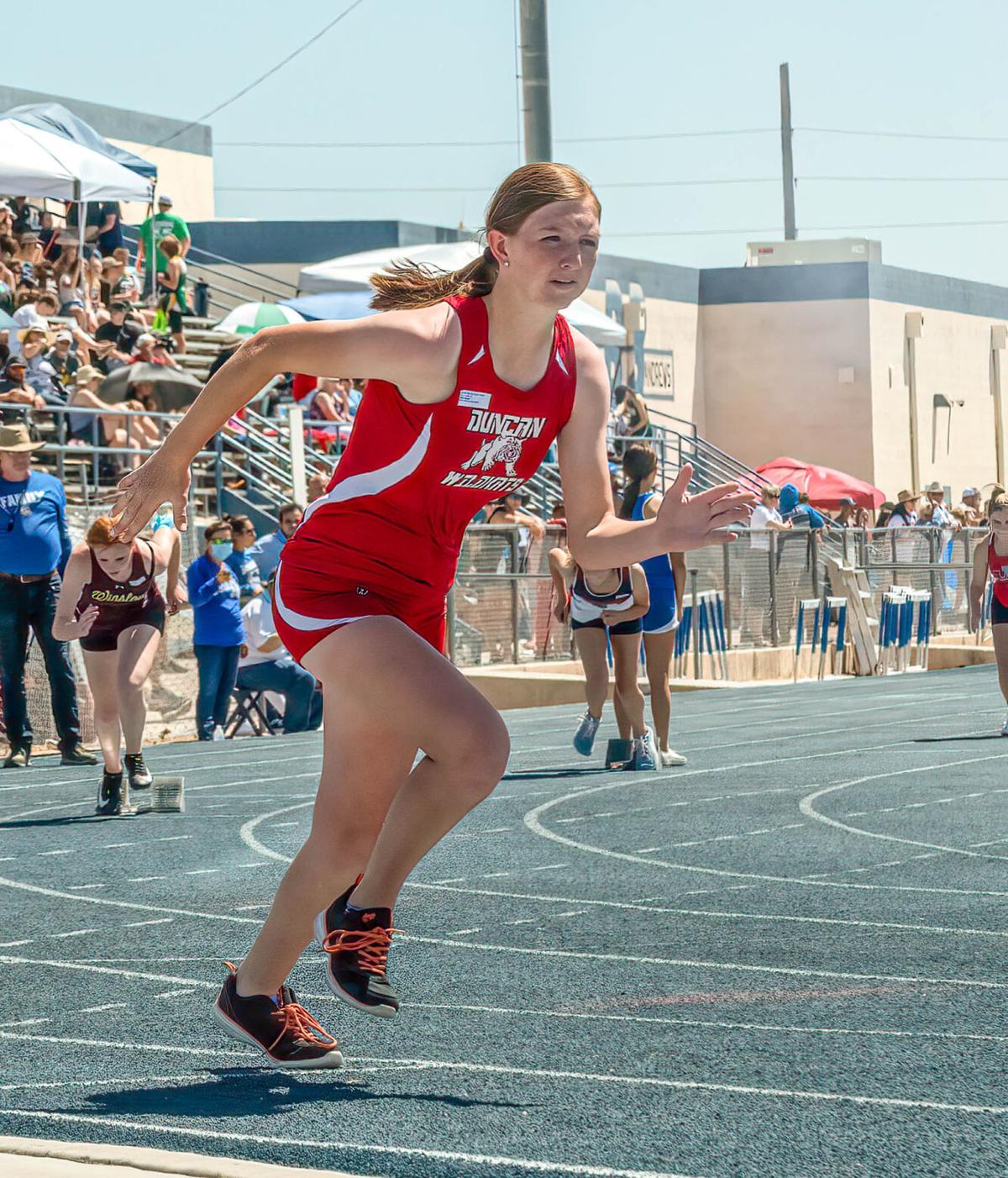 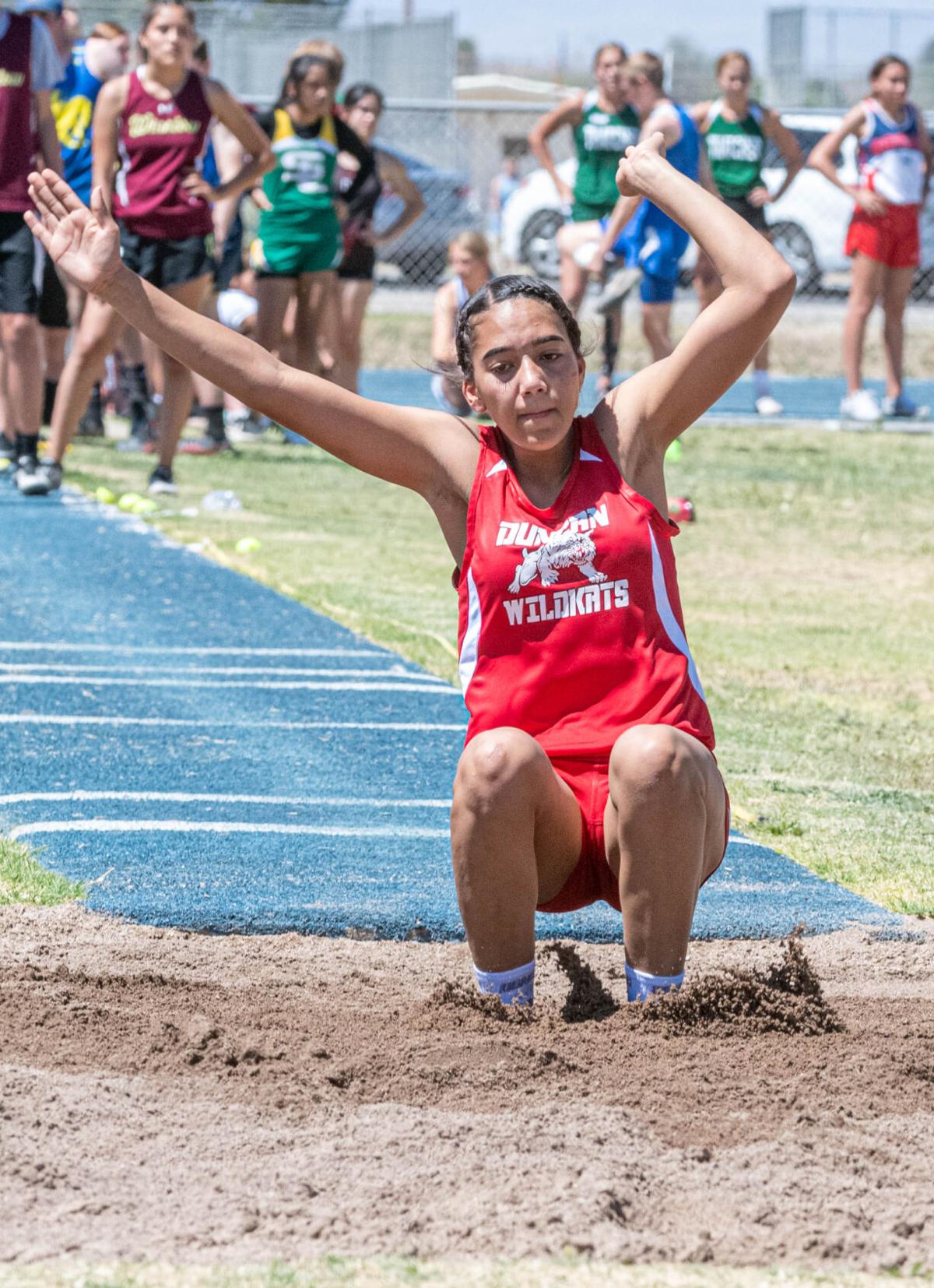 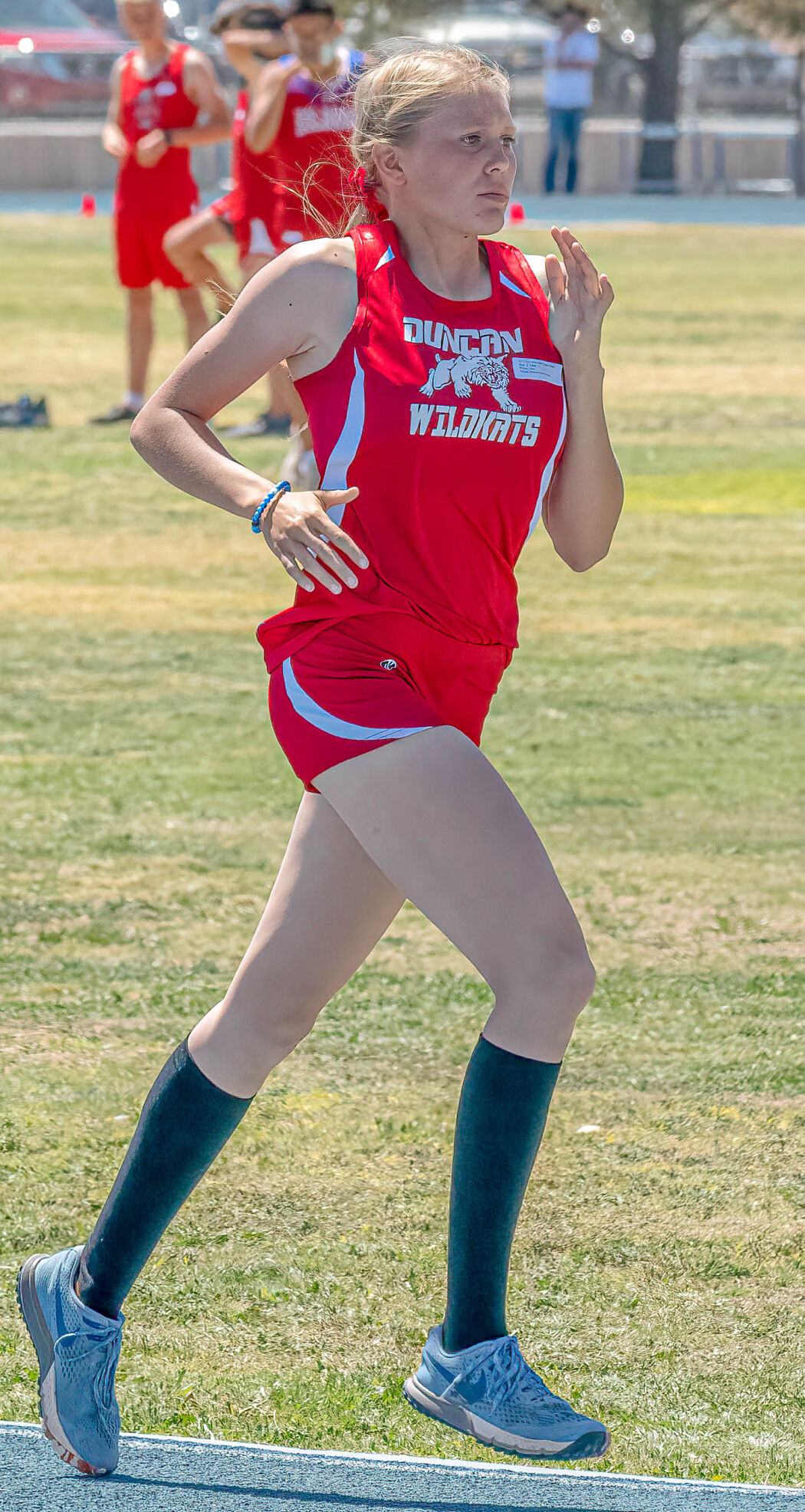 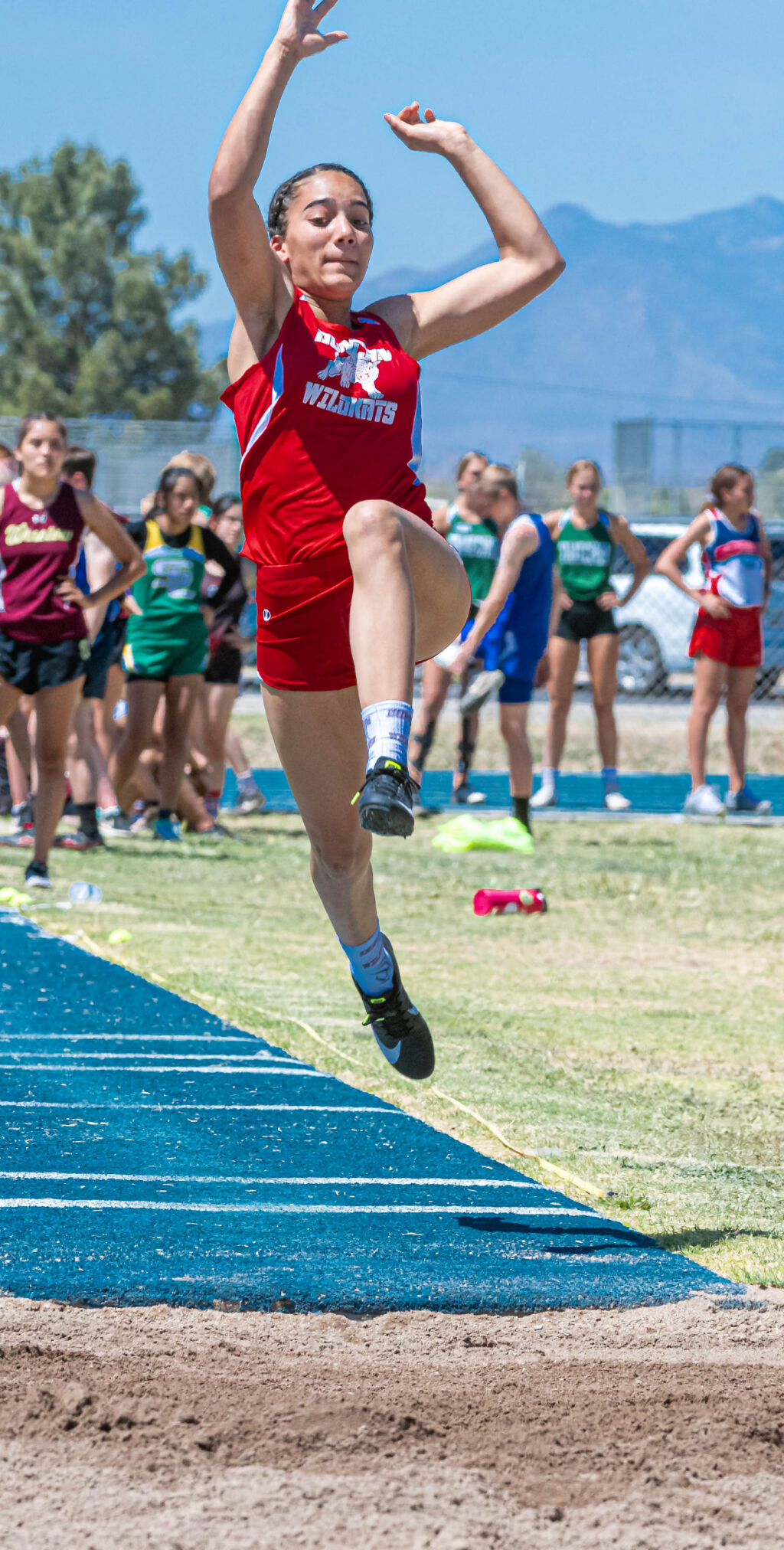 Duncan High School junior Sadie Hawkins moved to Virden, N.M. just so she could go to in-person school. In addition to the high jump, Hawkins also runs the 100 and 200 meter. 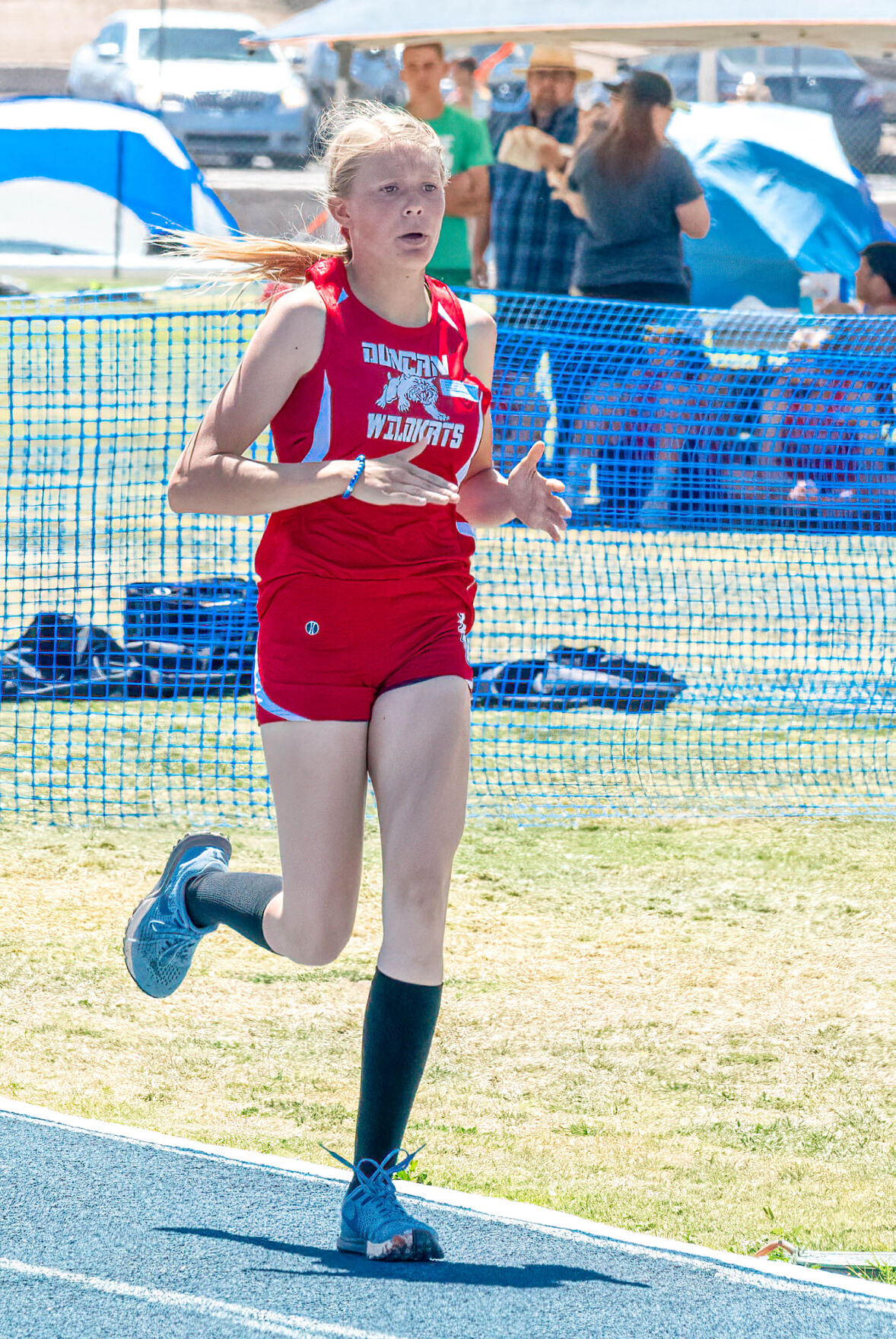 Lexi Walker loves to run one and two mile races. 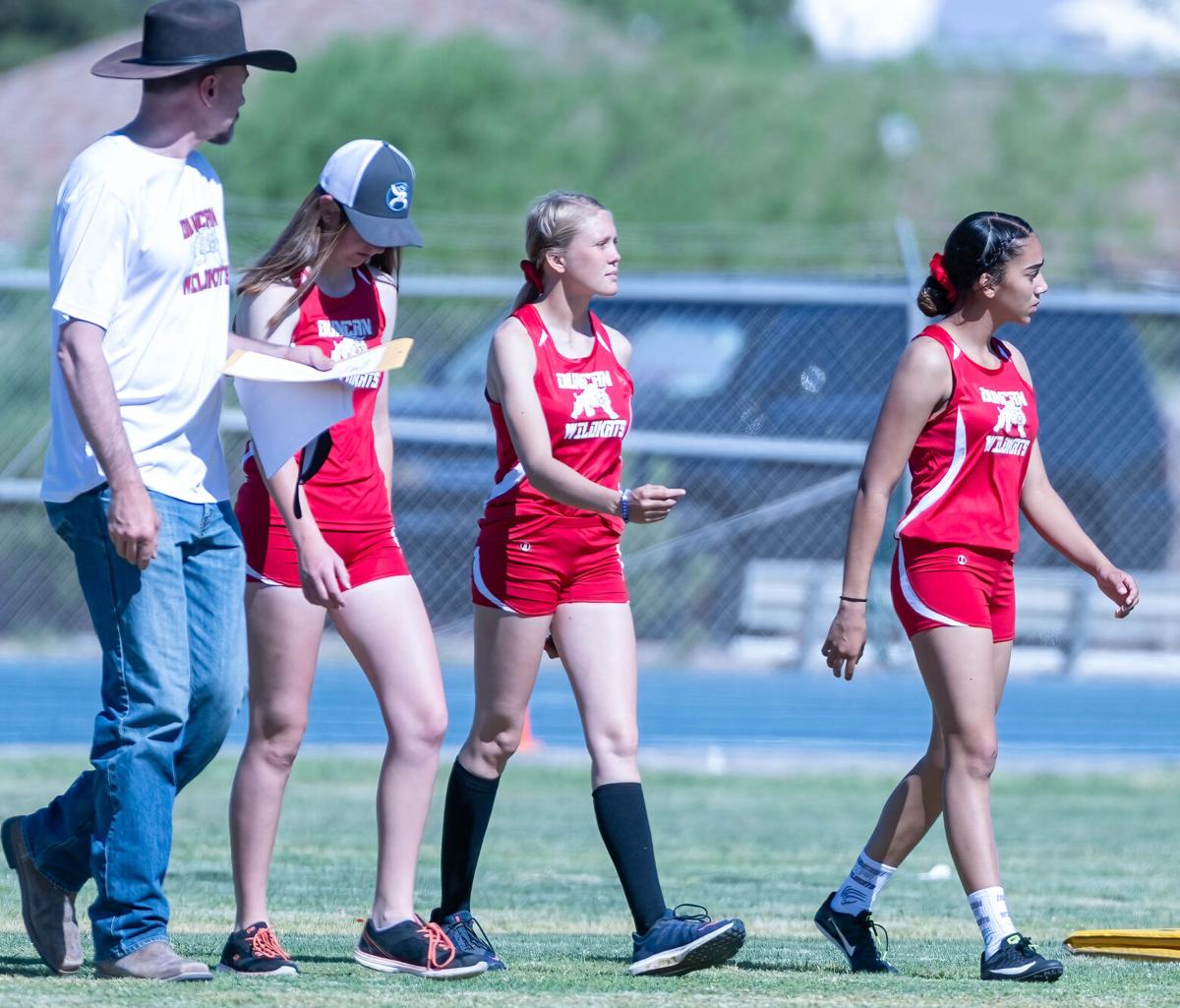 Duncan High School junior Sadie Hawkins moved to Virden, N.M. just so she could go to in-person school. In addition to the high jump, Hawkins also runs the 100 and 200 meter.

Lexi Walker loves to run one and two mile races.

When Beverly Weinreich realized the schools in Deming, N.M. were going to stay closed indefinitely because of COVID-19, she knew what she had to do.

She picked up and moved to Virden, N.M. so her kids could go to Duncan High School.

She made the move with four of the six children she and her husband, a Morenci Freeport McMoRan employee, are raising. Oh, and she brought one of her daughter’s best friends, too.

It was only once they were enrolled that they realized DHS doesn’t have a track team. Weinreich’s daughter, Lexi Walker, 18, and her best friend, Sadie Hawkins, 17, were crushed.

Both girls ran in Deming and had a pretty good track record, no pun intended. In fact, Lexi placed in both district and state cross country competitions.

The girls, who are both juniors, weren’t disappointed for too long, however. When Weinreich mentioned the problem to Greenlee County Sheriff Tim Sumner, the former runner immediately volunteered to coach the girls if he could get permission from Superintendent Eldon Merrell and the school board.

Before too long, Sumner and DHS math teacher and town council member Jill Wearne were spending Mondays, Wednesdays and Fridays coaching the girls.

Without Sumner and Wearne, Sadie jokes she’d be “sitting at home eating a bunch of snacks” and Lexi said her only outlet would be gymkhana.

Gymkhana would not have been enough to fulfill her, Weinreich said. Every since recovering from catastrophic injuries in the sixth grade, Lexi has been non-stop action.

Lexi was accidentally run over by a Dodge 250 4X4 three times five years ago and her hips and pelvis were so seriously damaged she was told she’d never stand again, let alone walk, Weinreich said.

Crippled with pain and in a wheelchair, Lexi couldn’t make it through an entire day of school that first year. But with the help of physical therapists and with dogged determination, her mom said she joined the cheerleading squad in seventh grade.

Her coach encouraged Lexi to try to run. She did and she hasn’t stopped.

Had Sumner and Wearne not stepped forward, Lexi said she would have been “pretty sad.”

“He’s got a lot of love for the sport and he really pushes us to do better,” Lexi said.

On some days, he’s been so busy he’s shown up to practice still wearing his full uniform and still run with them, Weinreich said.

“He’s amazing. He’s a great coach and very supportive,” Sadie said. “He is always telling me to be confident in myself and he encourages me so much.”

Daughter Rachel said her father encourages all of them and instead telling them how they should be running, he shows them.

Sumner actually says Elissa should take a lot of the credit for the girls’ form. She uses her phone to videotape them and that’s made a big difference, he said.

Wearne said the girls are amazing both on the track and in the classroom. She knew immediately she wanted to help them.

“I knew these two girls wanted to run and I thought ‘Let’s get going,’” Wearne said.

The last time Duncan was represented at a track meet was back in 2018. DHS didn’t have a team or a coach back then, but Kade Stacy was allowed to travel to Morenci High School for practices and compete for Duncan, Wearne and Sumner said.

There’s no doubt Duncan has the smallest team in the state, but the hope is more kids will join next year, Wearne said.

Most kids don’t realize they can participate in more than one sport at a time, but the girls are proof they can, Weinreich said. Rachel’s on the tennis team and Lexi is on the softball team.

Weinreich also pointed out that the track team offers more than competitive running; there’s the javelin, discus and long-jump as well.

Weinreich, who purchased the girls’ uniforms, Sumner and Wearne were thrilled to watch the girls compete Saturday at the Safford Rotary Invitational. Just under 500 athletes from 24 teams competed.

“Working with these girls has been amazing,” Wearne said. “They show up and they’re ready to go. They always have good attitudes.”