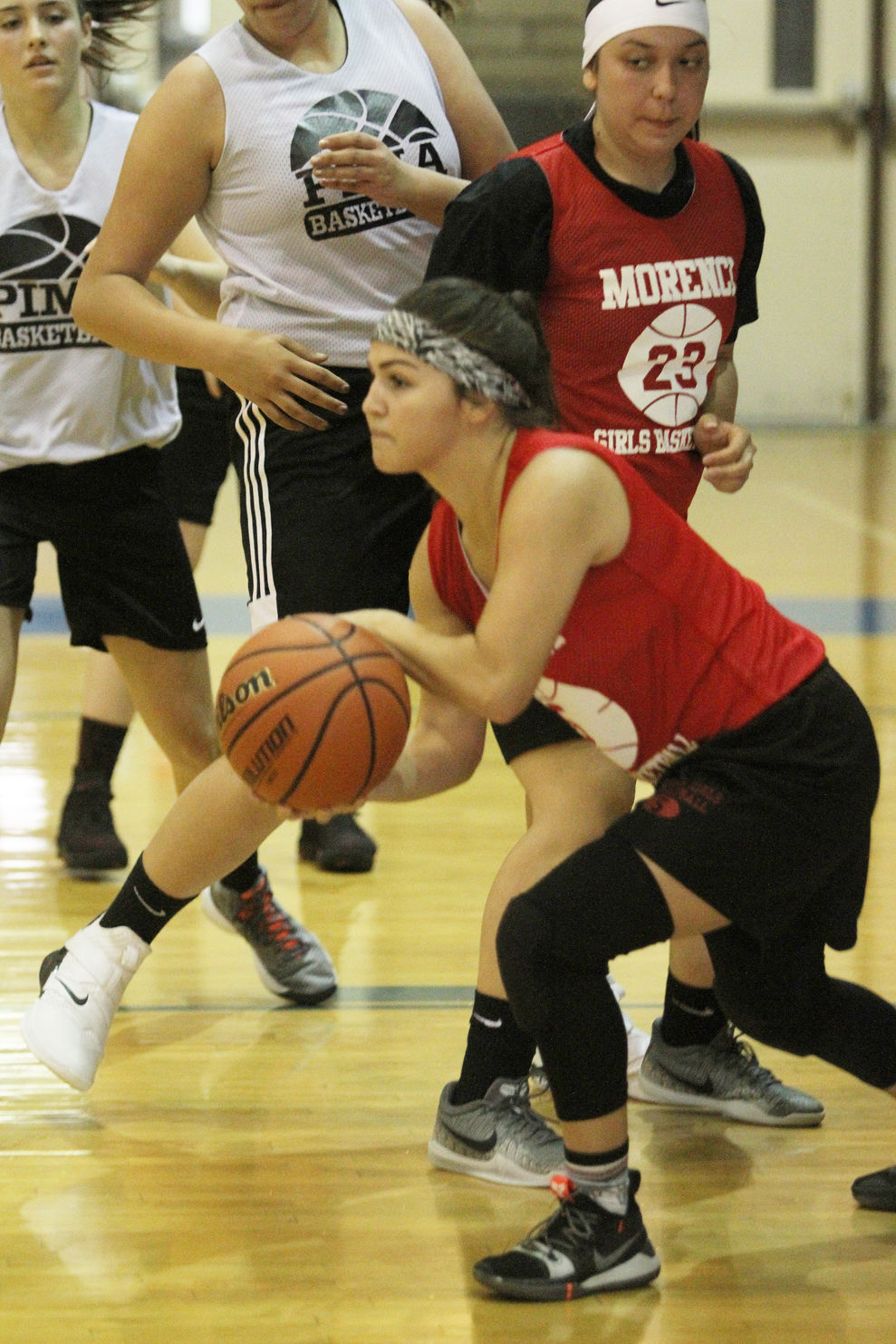 Morenci’s Desirae Babb (5) comes up with the rebound and takes off. 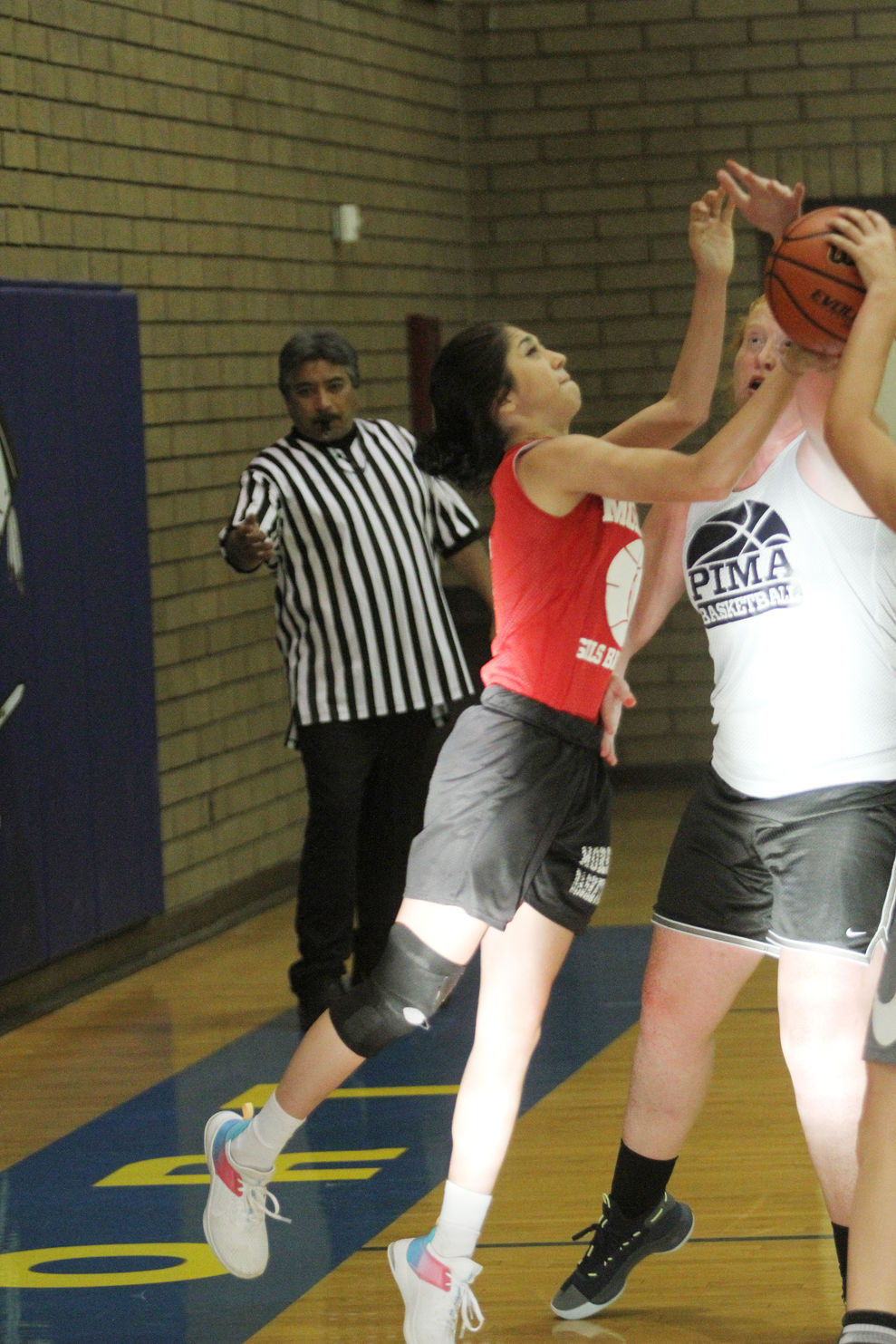 Morenci’s Candace Aguilar (6) tries to take a shot under the basket but meets a wall of hands and arms.

Morenci’s Desirae Babb (5) comes up with the rebound and takes off.

Morenci’s Candace Aguilar (6) tries to take a shot under the basket but meets a wall of hands and arms.

Everyone made strides on skills and teamwork, and got a glimpse of what the 2019-20 season might look like.

Safford head coach Robert Abalos said, “The girls did really well. Summer’s kind of hit and miss. You’ve got kids on vacation, kids at camp and stuff like that. You never know who you’re going to have, but these last couple of weeks, we had a core group show up. That was good because they got to know the new faces coming in and such. They got a lot of experience. Coaches got to see a lot of things, and the young ones got to see the speed of the game. They don’t see that until they get to high school. I think they’ll come out more confident.”

Thatcher head coach Dennis Griffin said, “It’s been interesting. They did a lot better today. They’re moving better, working together better. Our shots are rusty, but they look good. It’s summer ball. I’m happy with them and it’s been fun.”

Pima head coach Roy Corona said, “They’ve improved a lot from the beginning. I’m going to play man defense most of the year. They’re used to the two-three zone, and we’re going to go man most of the time. I just have to remember we’re young. Sometimes we have four sophomores and a freshman out there, and we’re going to make mistakes, but they did really well this summer. I’m proud of them. I’m looking forward to the season.”

Morenci head coach Albert Ortega said, “We’ve got to work on our defense. We’ve been focusing a lot on offense because they’re so set on offenses from previous years. We’ve been doing a lot of offensive stuff, trying new plays. Just this week, we started working a little bit on defense and presses. Lot of work to go for sure. A lot of the girls want to continue working through volleyball season. I’m happy with their progress.”

Morenci is headed to a basketball camp in Albuquerque. The team will play a few schools in the neighboring state.

Willcox head coach Phillip Steward said, “Each week, we got better. The only thing is commitment. The problem we had out there was that half the girls knew the plays, half of them didn’t. It was chaos out there. You have to know what you’re doing. For the most part, my younger girls have been showing up. They know the plays, so my team’s going to be very young.”