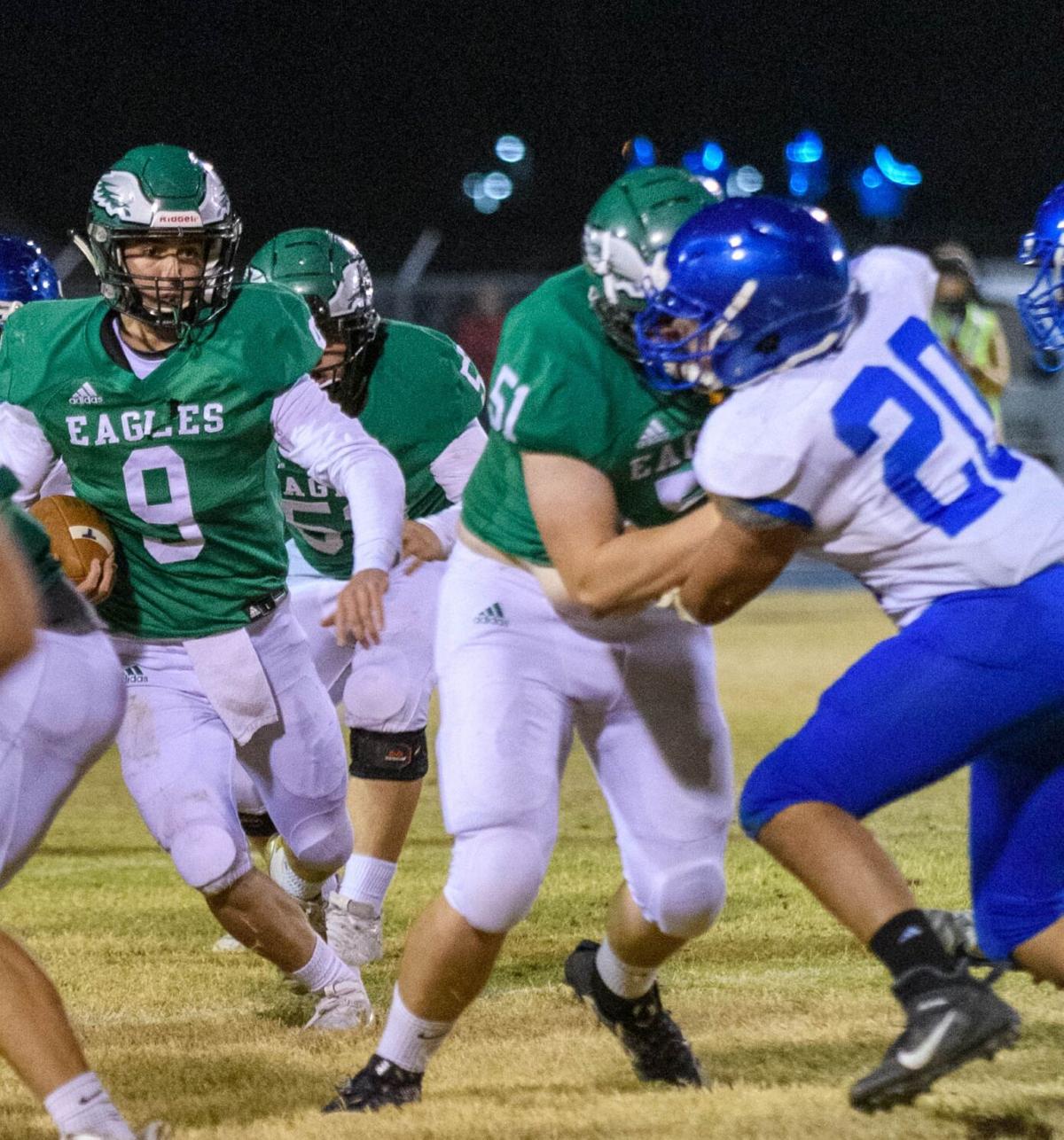 Thatcher quarterback Mark Wren and Porter Henderson will be heading to the quarterfinals this weekend. 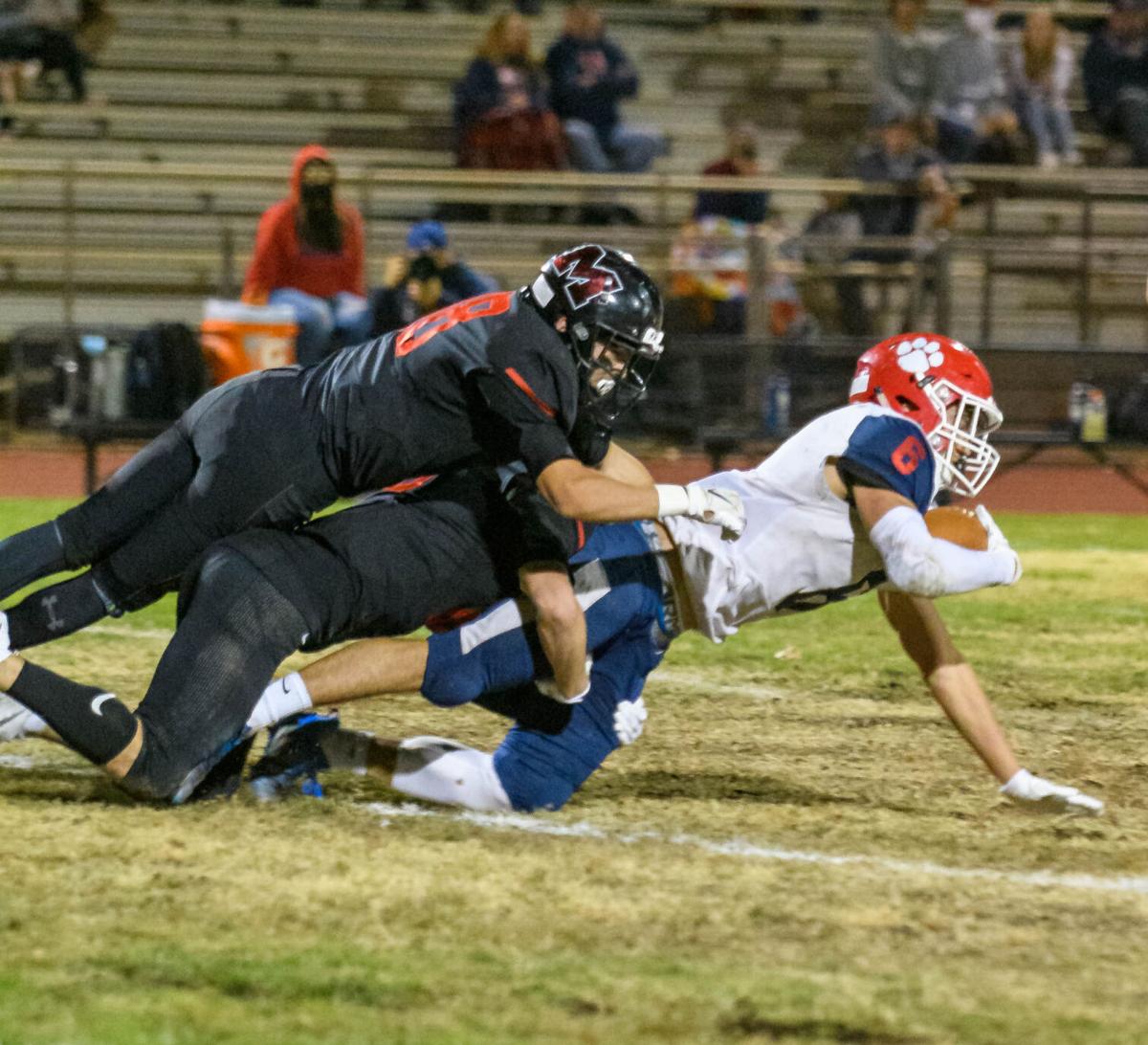 Thatcher quarterback Mark Wren and Porter Henderson will be heading to the quarterfinals this weekend.

Four local football teams advanced to post season play, two remain in the hunt. Thatcher and Morenci high schools will move on to the quarterfinals, while Safford and Pima saw their seasons end with play-in round losses.

Thatcher traveled to Perry to meet Arizona College Prep and won a close 27-22 game over the Knights on Friday night. Setting in the No. 8 spot, the Eagles will now be on the road to Yuma to meet the State’s 3A No. 1 Yuma Catholic Shamrocks. The Eagles, who are in their first year in 3A and first year under had Coach Daniel Jones, will take a 5-3 season mark to face the 8-0 Shamrocks.

Safford’s season ended on Friday with a 35-8 loss to American Leadership Academy-Gilbert. The Bulldogs and first-year head coach John O’Mera finished the 2020 season 4-3 and with a 3A statewide ranking of No. 12.

The Roughriders of Pima had their post season hopes end in Benson on Friday as the No. 1 Bobcats handed them a 28-7 loss. Pima compiled a 2-4 record in the COVID-19 shortened season.

Morenci got a late season, post-season bye, when Sequoia Pathway was forced to forfeit the play-in game on Friday night. The No. 8 Wildcats will be on the road to No. 1 Benson this Friday night with a chance to avenge their only loss on the season. On Nov. 13, the Bobcats put the only blemish on Morenci’s record with a 21-15 victory.

Head Joe Garcia’s words to the team following the game have proven to be prophetic. He said, “I have a feeling we will see them again in the post season.”