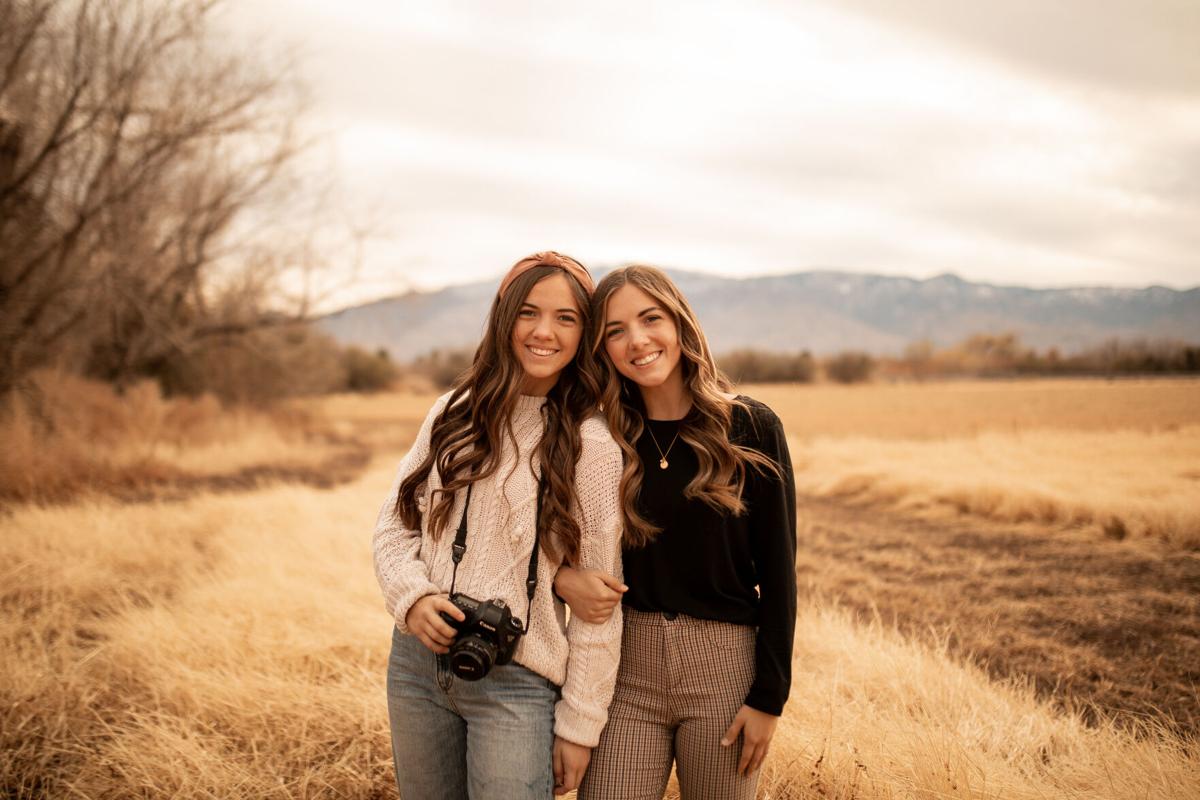 Ellie and Sydnie Alder, 18, have been running and marketing their own photography/videography business since 2016. 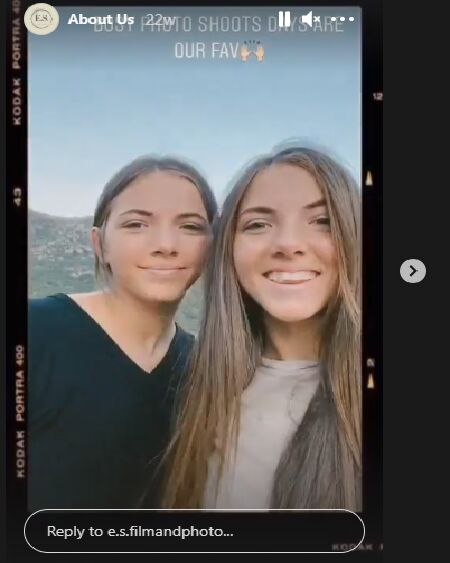 Ellie and Sydnie Alder, 18, have been running and marketing their own photography/videography business since 2016.

That list would keep most high school students busy enough.

That’s not true of the Alder twins.

The Thatcher High School seniors have been running and marketing their own video and photography business for four years.

The “E” is Ellie and the “S” is Sydnie, the youngest children of Preston and Melissa Alder.

“We have been so impressed with the quality of video production and photography that E+S has provided for Local First Arizona this year. Having and supporting talent like theirs in our rural communities is so important,” said Liza Noland, Local First Arizona director of rural programs. “I’d put Ellie and Sydnie up against any big, metro marketing agency any day.”

“I can tell you that I worked with many two- or three-person field crews in my TV years. The girls did not disappoint,” Mendelsohn said.

Five years ago, the twins received a Canon camera for Christmas that also shot video. They began documenting family trips and holidays and before long family members were asking them to capture their special moments, too.

The first time they took family portraits professionally was 2016; their first video/photography wedding assignment followed in 2017.

It’s usually Ellie who is handling the camera work and Sydnie who is calming people’s nerves, setting up shots and handling marketing for their company. (They have a YouTube channel, a Facebook page and are on Instagram.) They both edit their projects and if it’s a large affair, both girls will shoot.

In addition to weddings, the twins shoot family photos, graduations, mission calls and homecomings, gender reveals and newborn homecomings. They don’t usually record births, although they did shoot their sister giving birth, twice.

Ellie has also been shooting school assembly videos for Sydnie, who is student body president at Thatcher High School.

And then there’s the commercial work. The girls have shot for Copper Star Beef, Velocity Builders, Safford Dance Academy, The Wear, and Mesa spa Skin by Brooke, among others. In addition to the Duncan promotional video, they also shot an Eat Local video for Local First Arizona.

How busy they are depends on other responsibilities and the time of year.

Before they turned 16 and got their own vehicle, the twins had to rely on their mom to get them to and from many of their assignments.

“There’s definitely been a lot of times my mom has had to drop us off or where she’s had to sit in the car,” Ellie said. “She is a real trooper for doing that because I know she probably didn’t want to be doing it. But our parents love seeing our end result or seeing things we’ve accomplished. They’re probably our biggest fans.”

Their parents have been generous helping them buy equipment, but they also have taken their earnings and put it toward the business. They have a new, faster computer for editing, a drone, microphones and lights.

They’re fraternal twins, but the girls said a lot of people can’t tell them apart. They also sound alike and since they often finish each other’s sentences it was difficult to tell them apart during a recent phone interview.

“That’s OK, we’re pretty much the same,” both girls laughed when told the wrong twin might be given credit for a quote.

While they admit they do have disagreements, the girls said they generally work well together.

“The thing about us is we can’t fight for very long. If we fight, then we’re like, immediately like, OK, let’s be friends again,” one of them said.

For the most part, the two share the same vision for their projects. They want them to remain timeless and that’s why they shoot as much as possible in natural light. In their off time the girls scout possible shooting locations.

“In 10 years, I want our photos to still be in style, like I don’t want the editing to go out of style. And I feel like if you do natural colors those aren’t gonna go out of style,” Ellie said.

As for their future, the girls know they’ll be going to college after their church mission. They’ll likely continue to work throughout college, but they’re not sure about their ultimate careers. They’re both toying with the idea of going into business. Sydnie is especially interested in marketing.

Melissa Alder, their mom, said the girls have a great rapport with people but especially with little ones. They can always get even the most reluctant children to smile.

“We have learned from experience that the song ‘Baby Shark’ usually gets the kids to look towards the camera and to maybe even laugh (which usually looks like a smile),” Ellie said. “We probably look ridiculous singing and doing the actions, but hey, we don’t mind it. We have read books, held candy that the parents brought to bribe, and many other tasks. Some children are tricky, but we always like a challenge.”

Melissa said she and her husband are blessed to have their youngest children, their “caboose,” she said.

Their older children are Alexandria Dobson, 26, Annee McMaster, 24, and Layton, 20.

“They have been such a joy to raise. They push themselves. There’s not been a lot of raising that we’ve had to do because they’ve done it all on their own,” Melissa said.

“If they are asked to do something, they are passionate about it and you can count 100% on them with everything they do. And I think that’s why they’ve been so successful with this business.”

One of the many videos the Alder twins have shot was for the Safford Dance Academy. You can find other samples of their work on YouTube, Facebook and Instagram.