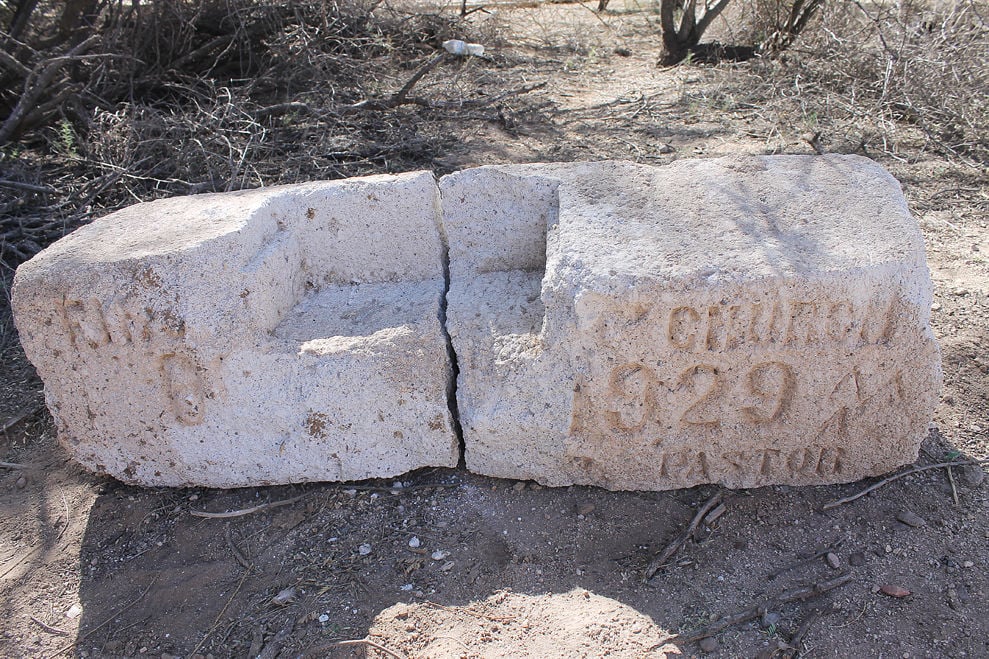 The cornerstone of the old Fort Thomas Methodist Church 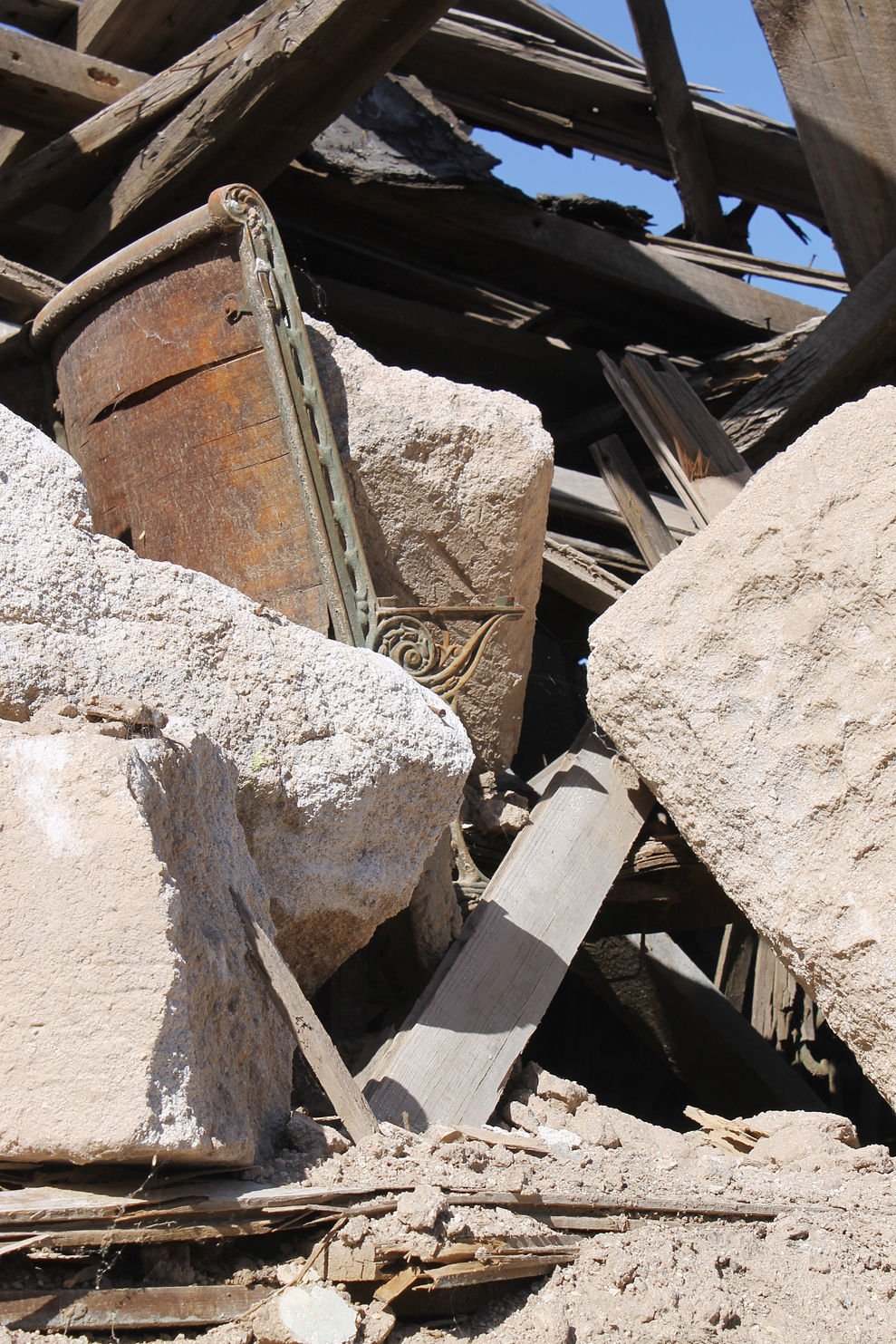 A seat remains visible among the ruins of Fort Thomas Methodist Church.

The cornerstone of the old Fort Thomas Methodist Church

A seat remains visible among the ruins of Fort Thomas Methodist Church.

FORT THOMAS — In the final month of 1939, Pastor Vickrey Dougherty described the congregation at Fort Thomas Methodist Church as “small but mighty.”

The church in which they gathered had been built a decade earlier, but the seeds of this town’s Methodist Church were planted 30 years before Pastor Daugherty’s report.

Local teacher Mary Wise, who later became a school principal, organized Fort Thomas’ first Methodist Church in 1909. Wise taught Sunday school in an old adobe house, and a minister from Globe led the initial services. His place was then taken by a minister, and blacksmith, from Safford who made the weekly trip to Fort Thomas on his bicycle. It was said an early Sunday school superintendent was a U.S. marshal who led services while wearing his badge and guns.

That version of the church lasted around three years, then gradually died out, according to a 1929 church history by Isabel Hamman. This was a year longer than the Baptist Church that followed it; Fort Thomas was then without a church until 1920.

That year, Mr. and Mrs. Albert A. Smith reorganized the Methodist Church. Mr. Smith served as Sunday school superintendent. Mrs. Smith and Clara Nash Willis taught Sunday school and played piano; another teacher was R. S. “Bob” Knowles. Clara Nash Willis, raised a Methodist in Elizabeth, Ill., had moved to Fort Thomas from San Carlos in 1913. She first taught Sunday school to her young children at home; her family in Illinois sent church materials and a hymnal. Soon the neighbors’ children and other youths joined in the lessons.

Rev. Acres and Rev. Foster were two early ministers in Fort Thomas. It was said Rev. Foster lived in town with his family and had a small garden.

Plans were also made to erect a church building in 1920, after local resident W. O. Tuttle gave some land to the church. Members got together to level the ground — but the work was put off for unclear reasons, then abandoned in 1922. It would be another seven years before the church was built, on a different piece of land.

The church, which would draw residents of Geronimo as well as Fort Thomas, was built of white tufa stones from the San Carlos area. Albert A. Smith had a contract to furnish the stones for the town’s new high school and had some left over. Church members bought the surplus for their new building; one member, Paul Higgins, hauled the stones and other material to the site in his truck. The building was dedicated Oct. 6, 1929, with Smith and Higgins hollowing out the cornerstone.

Among the documents sealed in that stone was Hamman’s church history, which closed, “Through the 20 years’ struggle of our patient leaders and parents, we are about to complete a new church in which to worship the word of God.”

“Since the first week in August, I have been preaching every Wednesday night there,” Dougherty reported on Dec. 6, 1939. “The people in Fort. Thomas are giving fine response to the work of their church, and services there are well attended.”

By the mid-1950s, however, that had changed. A 1954 quarterly report recommended closing the church from May through September due to falling attendance; eight active members, including Isabel Hamman, were reportedly left. Five years after that, in 1959, Fort Thomas Methodist Church officially closed, its members joining Safford’s First United Methodist Church.

The ruins of the old tufa building still stand, with the cornerstone on the ground a few yards away, behind the former Keen’s Fort Thomas Store — now Meg’s Place store, restaurant and bakery. Lengths of greenish wood saved from the church bell tower trim a counter and line walls in Meg’s Place. Owners McCoy and Cathie Hawkins, and Russ and Jani Norton, on whose property the old church stands, have preserved a bit of local history by salvaging that wood. A section of their wall dedicated to town history includes a framed vintage photo of the church and part of a church seat.

The cornerstone was opened in 1990. In it were early church histories by Hamman and an unknown author, a photo of the church, a 1929 church membership list, names of church board members, a list of communicants and friends, letters from former communicants, a Bible, doctrine and discipline books, Methodist magazines and a new hymnal. The items were given to the Graham County Historical Society.