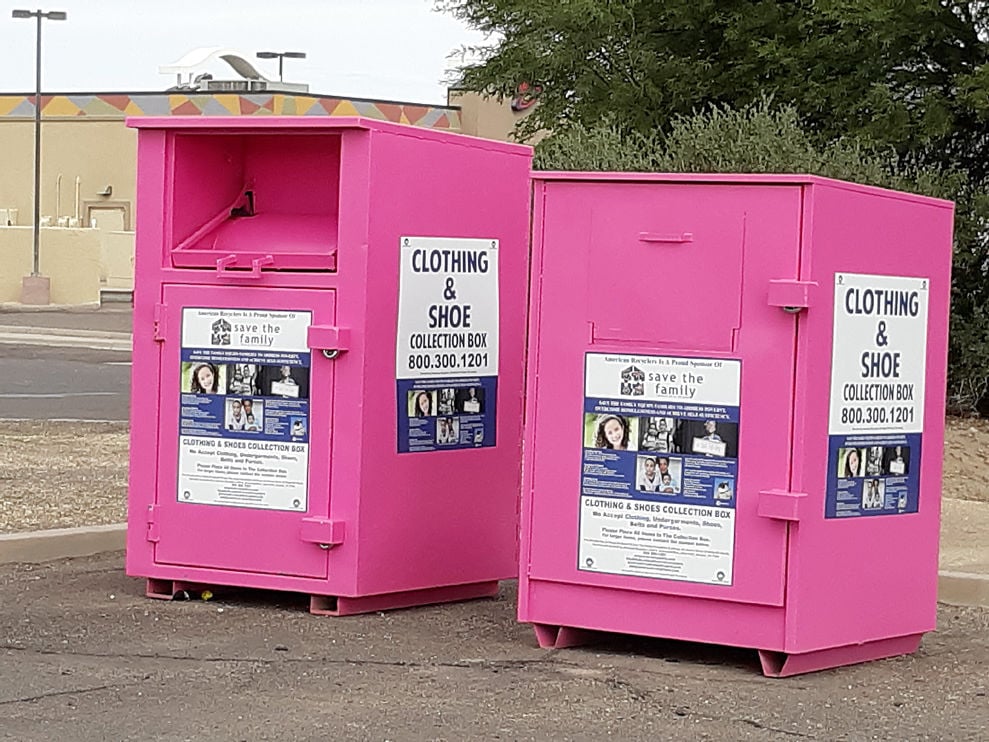 American Recyclers clothing collection boxes have been set up in Safford since last fall. 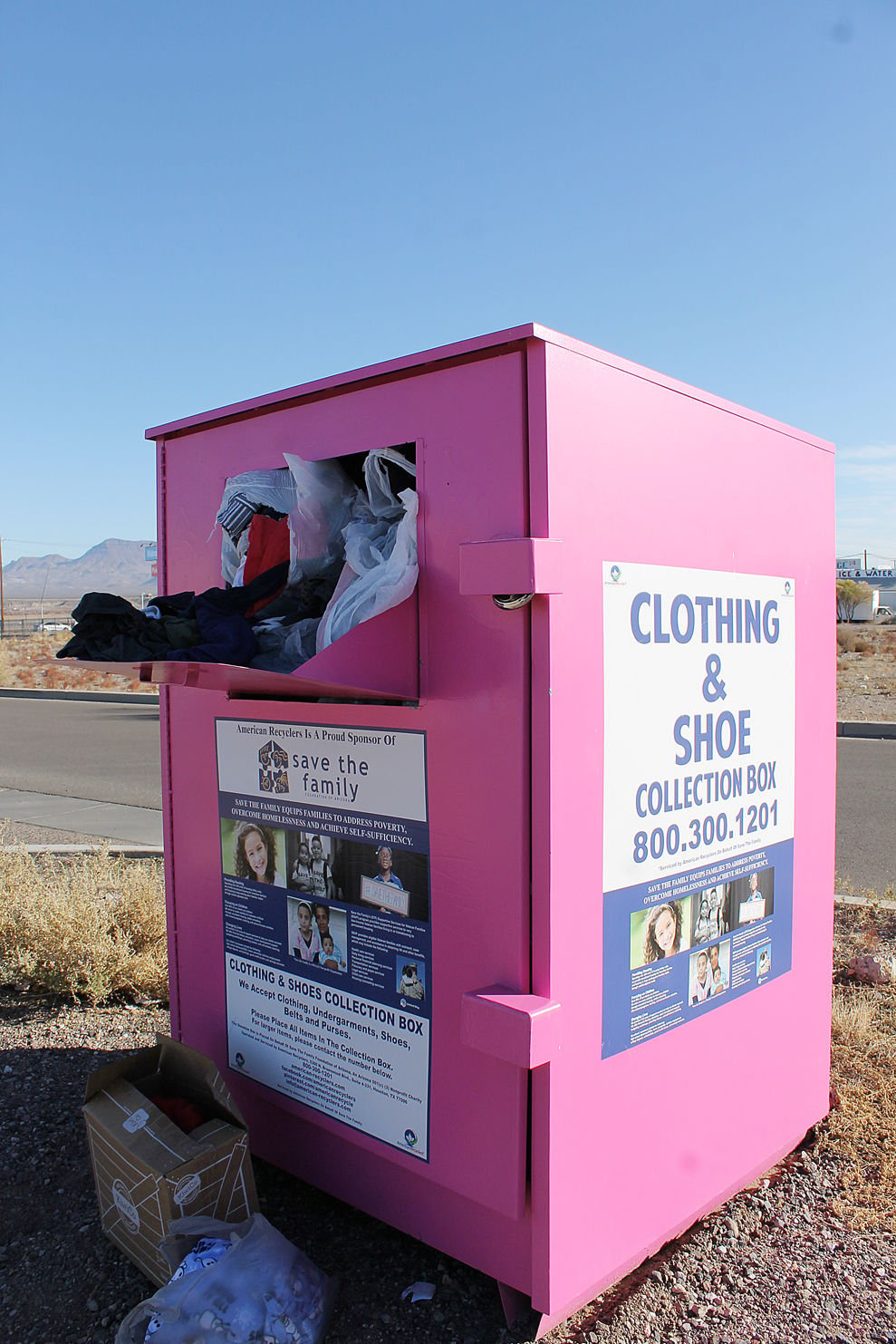 American Recyclers clothing collection boxes have been set up in Safford since last fall.

SAFFORD — For Gila Valley residents looking to weed out their surplus clothes, several places welcome donations — and another option came to Safford in 2019.

The unmistakable pink clothing and shoe collection boxes seen around town started arriving in the Valley Oct. 1 according to the company that brought them.

A textile recycling company based in Houston, American Recyclers set the boxes up on behalf of Save the Family Foundation of Arizona, a 501©(3) nonprofit organization in Mesa. According to its website, Save the Family’s mission is to help families “address poverty, overcome homelessness and achieve self-sufficiency.”

To meet that mission, the website said, Save the Family has offered housing, case management and supportive services since 1988, when they acquired four housing units; today, they operate over 176 units. Save the Family was incorporated as a nonprofit in 1990, according to Arizona Corporation Commission records. The following year, according to the charity’s website, they began offering adult and children’s education.

American Recyclers, according to its own website, started in 1998 with a handful of employees and a small warehouse. The firm supports such charities as Save the Family, Susan G. Komen and The Bridges Foundation, an Oklahoma nonprofit providing employment opportunities to special needs individuals. American Recyclers, the website states, is also “committed to educating the public on the importance of textile recycling for their health, their community and the needs of the less fortunate.”

According to the U.S. Environmental Protection Agency, 11 million tons of textiles went into landfills in 2017, with discarded clothing as the main source.

Valley residents can bring clothing, undergarments, shoes, belts, purses, blankets, home linens and towels to the boxes — and have begun doing so, filling some of the containers with donations.

Local businesses or organizations who agree to host collection boxes are known as sponsor locations. One Valley sponsor location is Safford Unified School District. District Superintendent Ken VanWinkle said he was contacted by Wood, who then sent information on the boxes. VanWinkle said that after reviewing the information, he reached out to the district’s school principals, who were in favor of the idea.

“I feel it’s a good service we can do for the community,” he said.

While supporting Save the Family, American Recyclers also sells a portion of items donated; a practice not unknown among textile recyclers.

“We do not operate resale/thrift stores, though,” Wood said via text. “Through the placement of our donation boxes and the signage for Save the Family we also give them promotional presence through public awareness.”

Wood said the Valley’s donation boxes were “doing extremely well” and there had been no issues with citizens leaving improper items in or around them.

“Everybody was really happy to support their cause. I can’t say enough good things about the city,” she said.

Wood said there were no plans to set up additional boxes.

When it comes to donating old clothes, Valley residents have a range of options and causes; clothing can also be donated to Graham County Rehabilitation Center, the St. Vincent de Paul Society of Safford or Mount Graham Safe House.

“I’d like to see donations going to our local nonprofits,” Hegel said.

He added that GCRC gave out around $30,000 annually to the community in in-kind donations of clothing and household items, including monthly clothing vouchers.

Hegel said GCRC has also provided blankets and sleeping bags to the Valley’s homeless population, and that the Mesa charity did not benefit Graham County’s homeless. Hegel did not believe the pink collection boxes had significantly impacted donations to GCRC, but wished the public to remain aware of, and continue supporting, local nonprofits.