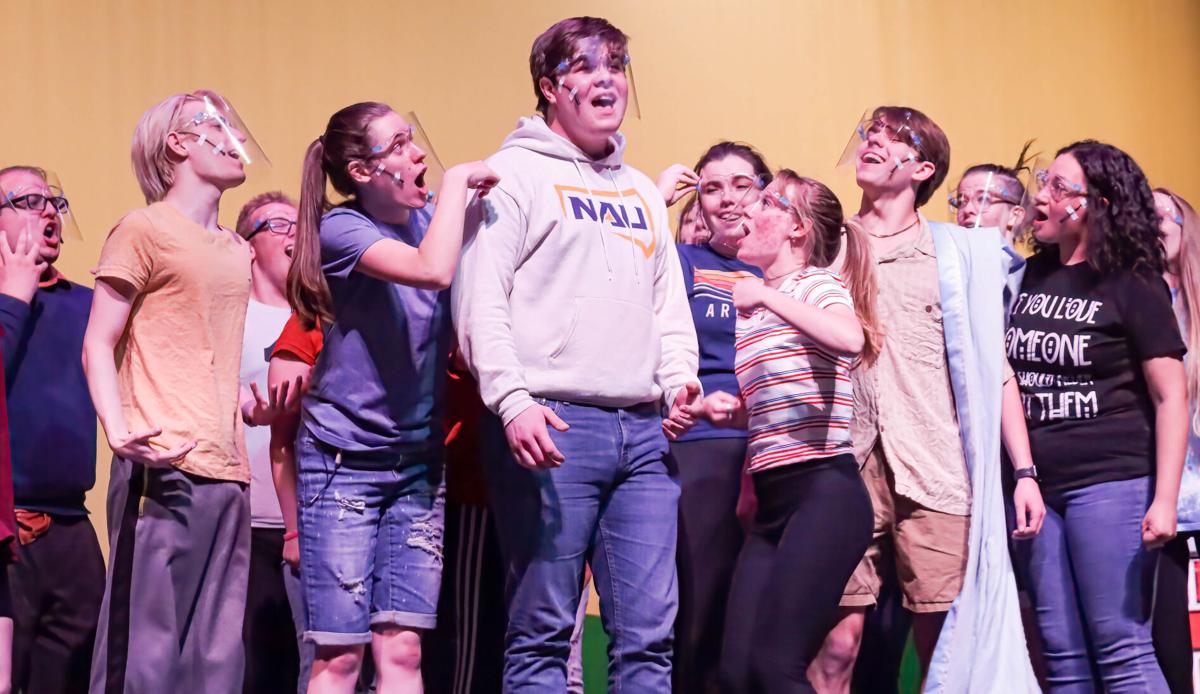 The cast of Eastern Arizona College theatre program's "You're a Good Man, Charlie Brown," including Sam Meeks, center, as Charlie Brown, during rehearsals at the college's Fine Arts Center on March 30, 2021. 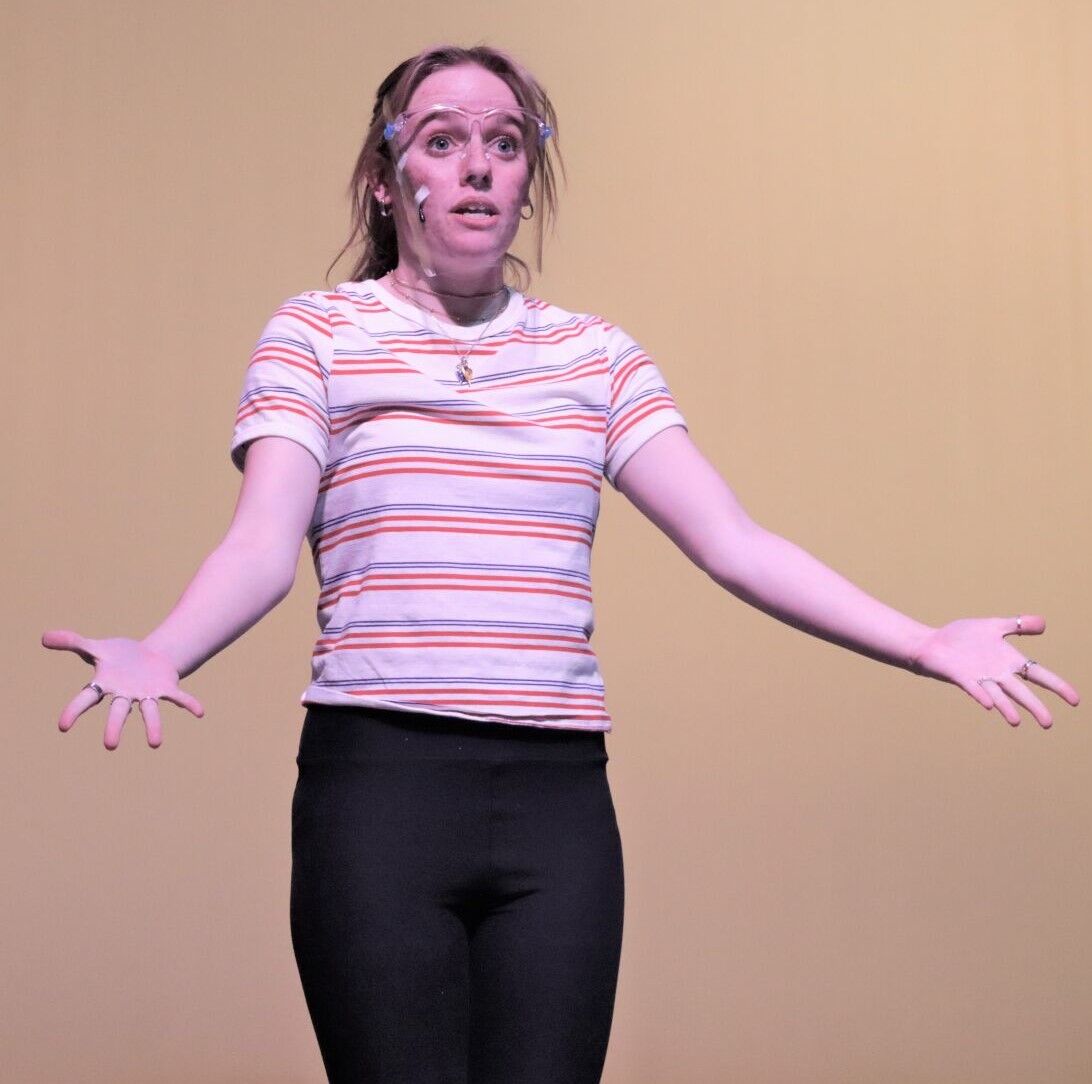 Morgan Miller in her role as Sally Brown during Eastern Arizona College theatre program's rehearsals for "You're a Good Man, Charlie Brown" at the college's Fine Arts Center on March 30, 2021.

The cast of Eastern Arizona College theatre program's "You're a Good Man, Charlie Brown," including Sam Meeks, center, as Charlie Brown, during rehearsals at the college's Fine Arts Center on March 30, 2021.

Morgan Miller in her role as Sally Brown during Eastern Arizona College theatre program's rehearsals for "You're a Good Man, Charlie Brown" at the college's Fine Arts Center on March 30, 2021.

Morgan Miller, a freshman at Eastern Arizona College, joined the college theatre department’s production of “You’re a Good Man, Charlie Brown” last year, but right as she and her peers were preparing to open the show in March of 2020, the first surge of COVID-19 cases across the country brought lockdowns and quarantines, and quickly thereafter, the show was forced to close before it even began.

Miller hoped for months that she’d eventually be able to perform the play for a live audience. At one point while waiting for that day, spurred on by a mixture of frustration, boredom, and an unbreakable passion to entertain, Miller performed the entire show, playing every role, for her parents in their living room.

Now, finally, from April 7 to April 10, Miller and the rest of her peers in the college’s theatre arts program will be performing “You’re a Good Man, Charlie Brown,” for a live audience, at the college’s Fine Arts Center.

“It’s like muscle memory now,” Miller said, after a year of practicing on her own for her role as Sally Brown, and eight weeks of in-person rehearsals with 20 student cast members, and 10 to 12 crew members. Initially those in-person rehearsals required the performers to wear masks and be socially distanced to mitigate the spread of COVID-19. More recently the performers have switched to wearing clear plastic visors, which they will perform in next week as well. The Fine Arts Center will also implement a staggered, socially distanced seating arrangement for audience members.

The play, written by Clark Gesner in the 1960’s, and based on the classic Peanuts comic strip by Charles M. Schulz, is a series of vignettes and musical interludes focusing around the character of Charlie Brown and his relationship to other classic Peanuts characters like Linus, Lucy, and of course, Snoopy.

“It’s vaudevillian almost,” said Dale J. Young, the director of the show and the chair of the theatre program at the college. With musical numbers performed with the help of a live pit orchestra, slapstick comedy bits, and set pieces like an oversized couch and a prop piano flying on and off stage, Young called the theatre program at EAC “small, but mighty,” and added that his vision for the play is “just to make people laugh,” in the middle of all the fear and consternation of the past year. And it’s not just the audience he hopes will laugh, but his students, too.

While Young said that half of this year’s performers and crew members were involved in the play last year, the other half joined this year and sort of took on the anticipation and excitement that last year’s cancelled performance, and the pent up demand for live artistic performances of any kind since COVID-19 caused lockdowns created. Jade DelAngel, a sophomore at the college, who plays Peppermint Patty in the play and Madelyn Nielson, a freshman, who’s a part of the play’s on-stage chorus, are two of the onstage newbies. While they said they have felt the increased community anticipation for the show, they’re mostly just excited to finally be able to perform again for a live audience.

“We’re performers and we love performing, and we haven’t had a lot of opportunities to perform because of COVID,” DelAngel said, “That’s how we live and thrive as performers, on the stage. It’s going to be fun.”

Tickets for the performances can be purchased in-person at the college’s ticket office, or by ordering tickets over the phone by calling the office at (928) 428-8228.