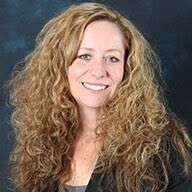 PHOENIX -- Arizona is getting only about a third of the doses of COVID-19 needed to keep pace with demand, the state's top health official said Friday.

Dr. Cara Christ said the state is in line to get another approximately 169,000 doses this coming week, about half in the Pfizer vaccine and half the Moderna formula. But what's really needed -- and what Christ said she has asked for from federal officials -- is another 300,000 on top of that, not just for next week but for weeks and weeks beyond that.

And it is that issue of supply that is resulting in many people having trouble getting an appointment.

"The biggest hurdle is the amount of vaccine that is coming into the state,'' she said.

"We knew that it was going to be limited quantities at first and that demand would exceed quantities,'' Christ explained. But she said there is the capacity to do more.

For example, Christ said the 24/7 vaccination site at State Farm Stadium in Glendale is currently giving out 6,000 doses a day.

"We do have a capacity to vaccinate 12,000 to 16,000 people a day there,'' she said. And the newly opening mass vaccination site at Phoenix Municipal Stadium has the same ultimate capacity -- if there was vaccine available.

Christ denied that those state-run operations were diverting vaccines away from other counties. She said each county is getting its weekly allocation based on the number of people in the group that is currently eligible to get vaccinated, a classification set up by occupation, health conditions and age.

She did acknowledge that all the doses of Pfizer vaccine were going largely to Maricopa and Pima counties.

"That's because Pfizer vaccine is very, very finicky, including a requirement for storage at 94 degrees below zero,'' Christ said.

"It's only good for six hours after you reconstitute it, make it so you can inject it into somebody's arm,'' she said. That makes it useful only at places that have mass vaccination sites.

By contrast, she said, local health departments prefer the Moderna vaccine "which just requires a regular freezer, does not require quite as much storage or temperature requirement.''

"Moderna is not being used at State Farm Stadium,'' Christ said.

As to complaints from Pima County, the health director said that the allocations of Pfizer vaccine for the two state-run sites are coming solely from Maricopa County's allocation, not from what would otherwise go to Pima County.

"We are working very closely with Pima County,'' Christ said. But she made it clear that, from her perspective, it is the county that is ultimately responsible for getting people inoculated.

"Pima County has developed a plan, has asked the state not to set up a state-run 'pod' in Pima County,'' Christ said. She said the county is setting up more sites and extending hours.

"However, that is always something that we are welcome to offer as we get additional vaccine in the state,'' Christ said.

And if people are having problems inoculated in their own communities, the health director said there are no legal geographic constraints. She said they are free to make appointments for vaccinations at the Maricopa County sites.

The effort to get more vaccine into more arms comes as the number of deaths in Arizona from COVID-19 has now topped 12,000.

"Our cases are still currently elevated,'' she said.

Christ also acknowledged comments from Dr. Joshua LaBaer, executive director of the Biodesign Institute at Arizona State University who said earlier this week that COVID-19 could surpass cancer and heart disease at the leading cause of death over a 12-month timeframe.

She said that trend was part of the reason she decided earlier this month to move those 65 and older into a higher priority category for getting vaccinated. Prior to that those who were not in high-priority categories, like health care workers and teachers, had to be 75 to get ahead in the line.

"We know that a majority of the deaths and hospitalizations for COVID are occurring in those who are 65 and older,'' Christ said.

The health director did say she sees some daylight.

"We are starting to hit a plateau,'' she said, as the number of new infections following Christmas and New Year's appear to be diminishing. Christ said there demand for hospital beds also appears to be easing.

To date, nearly 316,000 Arizonans have gotten the first dose.

A single dose provides only limited protection. But Christ said that a delay in the follow up won't cause problems.

"You do not need to receive that second dose on Day 21,'' she said, the minimum interval recommended between doses.

"There is no maximum interval,'' Christ continued. "And so if you get vaccinated with your second dose on Day 24, Day 25, Day 235, that is still considered a valid dose and you will get that full protection with that second dose.''

In the meantime, Christ said the state is working to try to make the vaccines available at CVS and Walgreens pharmacies.

Both already get allocations. But the have a deal with the Centers for Disease Control and Prevention where they are providing on-site vaccinations at skilled nursing facilities and, soon, at assisted living centers and similar congregate care facilities.

The good news, she said, is that a delay won't it doesn't have to be given within 21 days, which is the minimum recommended.

Despite hitting 12,000 deaths on Friday and more than 700,000 cases, neither Gov. Doug Ducey nor his health director have any plans to impose new restrictions in an effort to curb infections. C.J. Karamargin, the governor's press aide, said Friday that what already exists, like limits on occupancy at restaurants and restrictions on large gatherings, is sufficient.

"He believes that the mitigation measures that are in place need to remain in place,'' Karamargin said. And he said Ducey has made it clear he won't be imposing new limits on business operations.

Christ, for her part, said what is needed is more enforcement of those restrictions at the local level, particularly in communities that have imposed their own mask mandates in the absence of a statewide edict.

"Local health departments and local government jurisdictions do have the authority to enforce these,'' she said.

Christ said her agency works closely with the state Department of Liquor Licenses and Control which regulates bars and restaurants that sell alcoholic beverages.

"But it would be helpful to have more eyes and ears on the ground helping us enforce the mitigation strategies that are already in place,'' she said.

Below are the dates when Arizona hit certain death tolls: