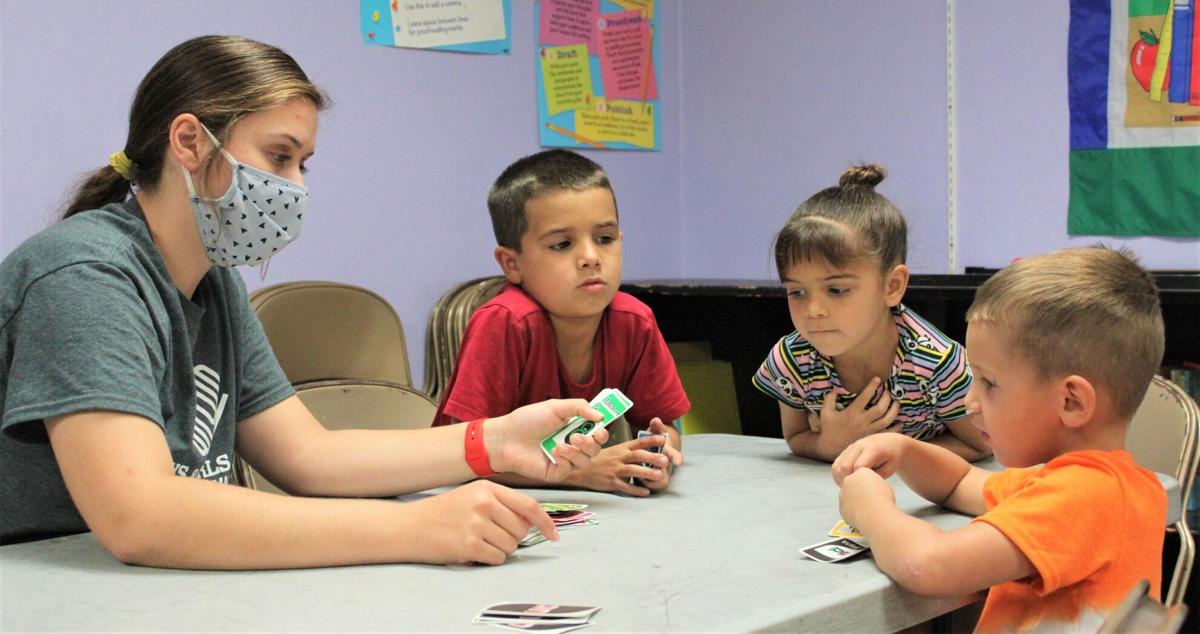 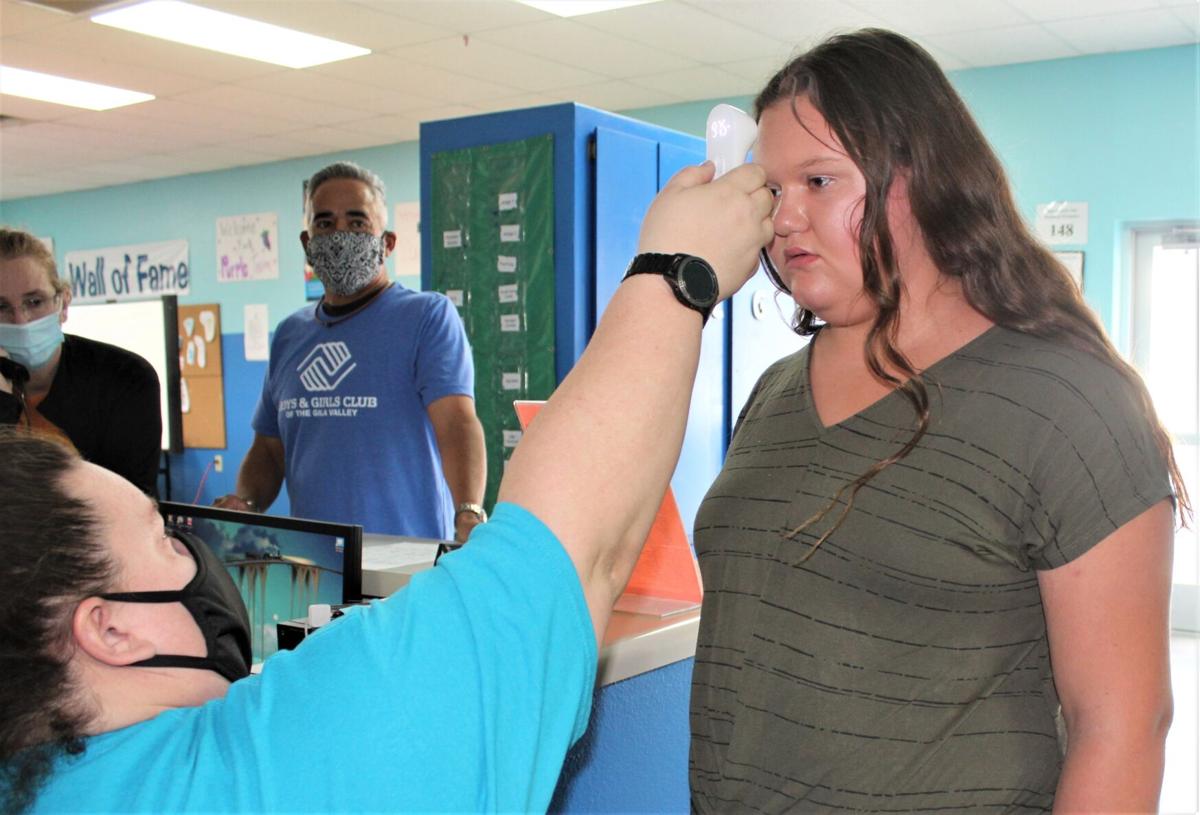 Morgan, 13, gets her temperature taken on Friday morning by club club instructor Tracy Crum. Boys and Girls Club of the Gila Valley director Nic Ruiz stands in the background.

Morgan, 13, gets her temperature taken on Friday morning by club club instructor Tracy Crum. Boys and Girls Club of the Gila Valley director Nic Ruiz stands in the background.

The Boys and Girls Club of the Gila Valley is facing a $90,000 funding deficit, putting the future of the club in jeopardy.

The club had to cancel two fundraising events already this year, said Mic Ruiz, director of the Boys and Girls Club of the Gila Valley. Grants from regular sources such as Freeport-McMoRan are not available and local businesses that usually donate to the club are struggling to get by, he said.

Because of social distancing guidelines put in by the CDC, the club can only have 40 students at a time. Last year in July, the club had 90 students enrolled. However, the club must still pay the minimum wage necessary for the instructors. There can only be eight children per instructor.

“Even with the fewer number of kids I still have safety requirements, I still have to maintain a staff,” said Ruiz. “Worse case scenario, I close doors. But I feel confident that with the money I have right now, I can keep things going. But eventually, that’s going to come to a red line. I’m not in that red line yet, but I know that $90,000 was going to keep me from going there. I don’t even consider that an option. Something will come about.”

Right now Ruiz said the club board is brainstorming ways to raise money for the club. One option includes holding a golf tournament. As soon as FMI opens its grant process again, Ruiz said he will apply for club funding. Ruiz has also looked into having three of his instructors sign up for work study jobs for the club through the Eastern Arizona College. If successful, it would help pay their salaries.

“I think we’re a tremendous asset and service to the community. And right before this hit we were really talking about how we could grow,” said Ruiz. “Nothing is budgeted to how we’re set up right now.”

The 22-year-old club is a safe location for Graham County kids to gather after-school and during the summer. The City of Safford owns the building the club is located in. Last year, the club worked with 35 youngsters from Thatcher and more than 100 from Safford. The club has a “power hour” when kids receive homework help, but they also participate in fun activities. Last year, several attended a Lego robotics team competition.

The club shut down in March due to the virus, but reopened June 6. The children who attend the club wash hands frequently and have their temperature taken before playing in the building.

Although the club is facing financial difficulty, Ruiz said he is happy it’s open. Of all the other clubs statewide, 80 percent remain closed. Many other nonprofits are struggling financially and he’s grateful for the support of the community.

“There’s not an asset in the county we’re not grateful for,” said Ruiz.

To donate funds to the Boys and Girls Club of the Gila Valley visit: