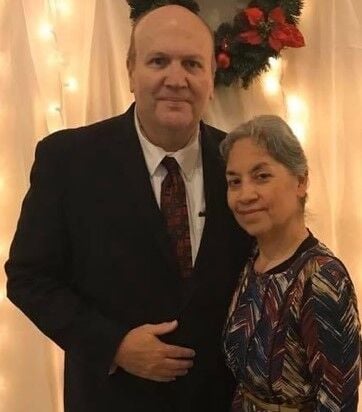 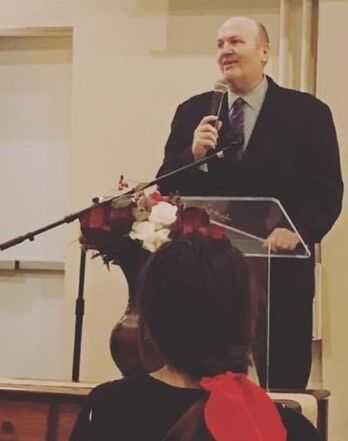 Some of his memories are disjointed, patchy, foggy. Others are vivid.

He remembers waking up in an alien world surrounded by strangers in space-like suits and feeling terrified and suspicious. He recalls the mask forcing oxygen into his lungs and how uncomfortable it was. The interminable time it seemed like it took to remove the intubation tube from his trachea and the days of unrelenting thirst that followed.

“The doctor came in and she said ‘We’re going to Facetime with your daughter,’ but I looked at her and I thought ‘You’re lying. You don’t know my daughter.’ I didn’t know her, she had a respirator on,” Keyes recalled. “I thought she was just going to put somebody on the screen and try to convince me it was my daughter. It’s funny, but at the time I was so terrified of what was going on. I wasn’t sure what was happening and then she turned that iPad around and there was my daughter saying ‘Daddy!’ And that kind of helped me. It kind of made me realize maybe they’re telling me the truth.”

The truth was that Keyes, the long-time pastor of the Gila Valley Pentecostal Church, had just spent eight days on a ventilator, the victim of COVID-19.

His family thought he was going to die on that ventilator; but God was good to him, Keyes said in an interview Wednesday.

Keyes’ experience began back in late June. He’d been feeling poorly for awhile, but attributed it to allergies until his temperature skyrocketed to 103-104 degrees on July 2. Alarmed, his family took him to the hospital where he was tested for COVID-19 and sent home.

He doesn’t remember it, but he apparently called his son-in-law, Colton, on July 4 and asked him to take him back to the hospital because he was having trouble breathing. On the 6th, Keyes said he was told that if he didn’t go on a ventilator he’d die. He recalls telling his daughters, Sarah and Colleen, to take care of their mama, Lisa.

The next thing he remembers is someone holding his hand and instructing him to squeeze it. After that are the fuzzy memories about the mask and the tube removal, but he’s not sure which came first.

He clearly remembers the thirst and the almost overwhelming desire to puncture the ice packs surrounding his body to bring his temperature down. He wasn’t allowed water for awhile because he couldn’t keep it down, so in the end, he settled for sucking on wet washcloths.

The nights in the hospital were the worst, he said.

Because of the virus, no one was allowed to visit him in person. He remembers sometimes pleading with the nurses to sit with him just a few minutes longer.

“I was in there 17 days and some of those nights were the darkest nights of my life,” Keyes said.

Those nights also changed his life in ways too personal to share, he said.

“I feel like God dealt with me about things in my life and in the church and a lot of things while I was in there. So, in that respect, there were things that changed my life probably forever, because I felt like it was a watershed moment for me,” Keyes said. “I found myself in the hospital by myself and...the only one I could talk to was God and we had quite the conversations...There were just things between me and God that we just worked out. It was quite the turning point in some areas for me.”

Keyes, who isn’t sure how he contracted the illness, said he believes his love of walking and hiking and his congregation also helped him survive. Every day church members gathered outside his hospital window to pray.

Of course, he also credits the doctors, nurses and staff at the hospital. He gives them a Five-Star rating. They took wonderful care of him and put up with him when he was cantankerous, he said.

His recovery since returning home hasn’t been an easy one, he said.

“I had never been this weak in my life. I could barely walk,” Keyes said. “For the first week and a half I didn’t think I was going to get better, but then suddenly it turned around.”

Prior to regaining his appetite, Keyes said he lost 50 pounds.

Keyes is back at work now. His first official duty was officiating at the funeral of one of his flock, an elderly woman who died while battling COVID-19.

He’s also lost several dear friends all over the U.S. to the virus, including one he’d talk to before he landed in the hospital. When they spoke, his friend just had a slight cough.

Several of his immediate and extended family members have also contracted the virus, but thankfully, he said, none needed to be hospitalized.

Take it from him, Keyes said, he’s had the flu and COVID-19 is nothing like the flu.

Keyes is more convinced than ever that the vulnerable population needs to be protected from the virus, but he remains opposed to shutting down the country because of the economic fallout.

It just comes down to being careful, he said.

“Take it seriously and take the vaccine when it gets here, don’t be silly,” he said. “With this virus, you suffer by yourself, you recover by yourself and if you die, you die by yourself.”