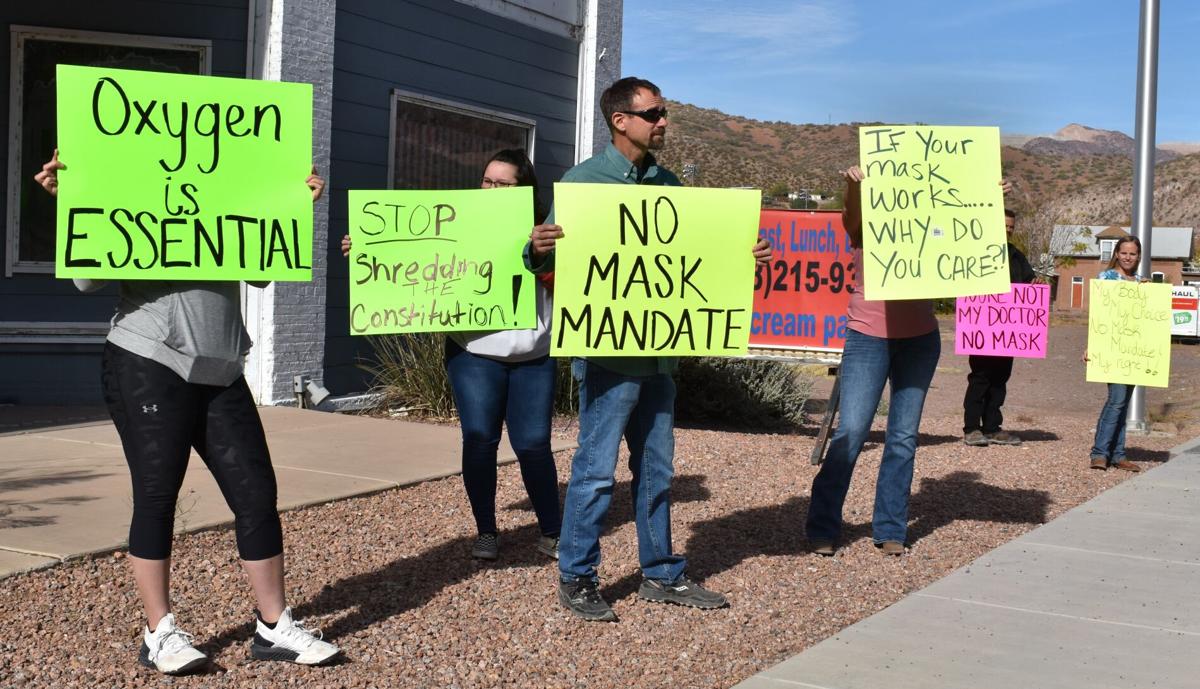 John Southerland, center, was one of about a dozen protestors who gathered outside the Daly Diner in Clifton. Owner Cheryl Post had her business license suspended Nov. 17 because authorities said she allowed staff and patrons to violate a mask mandate. 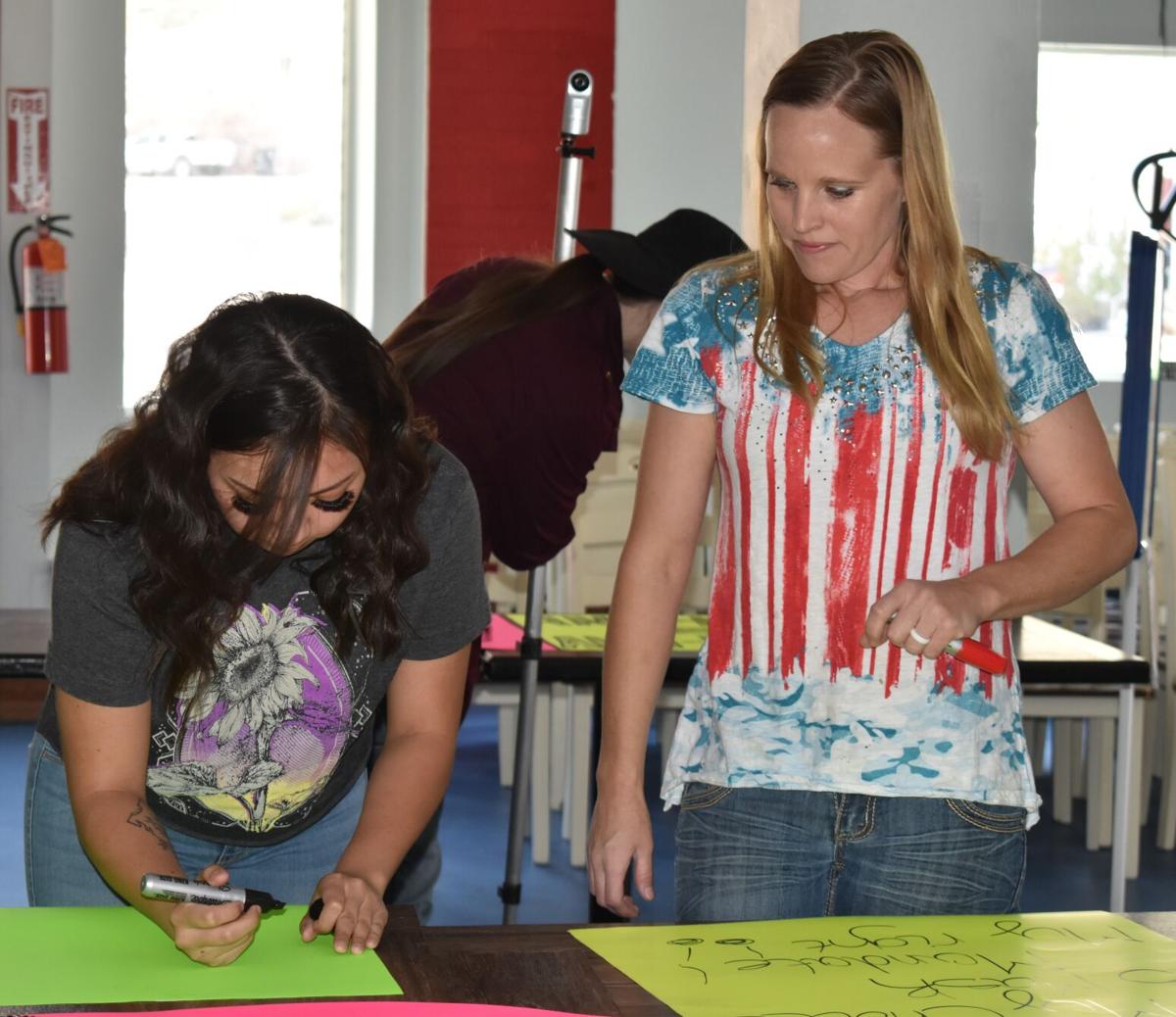 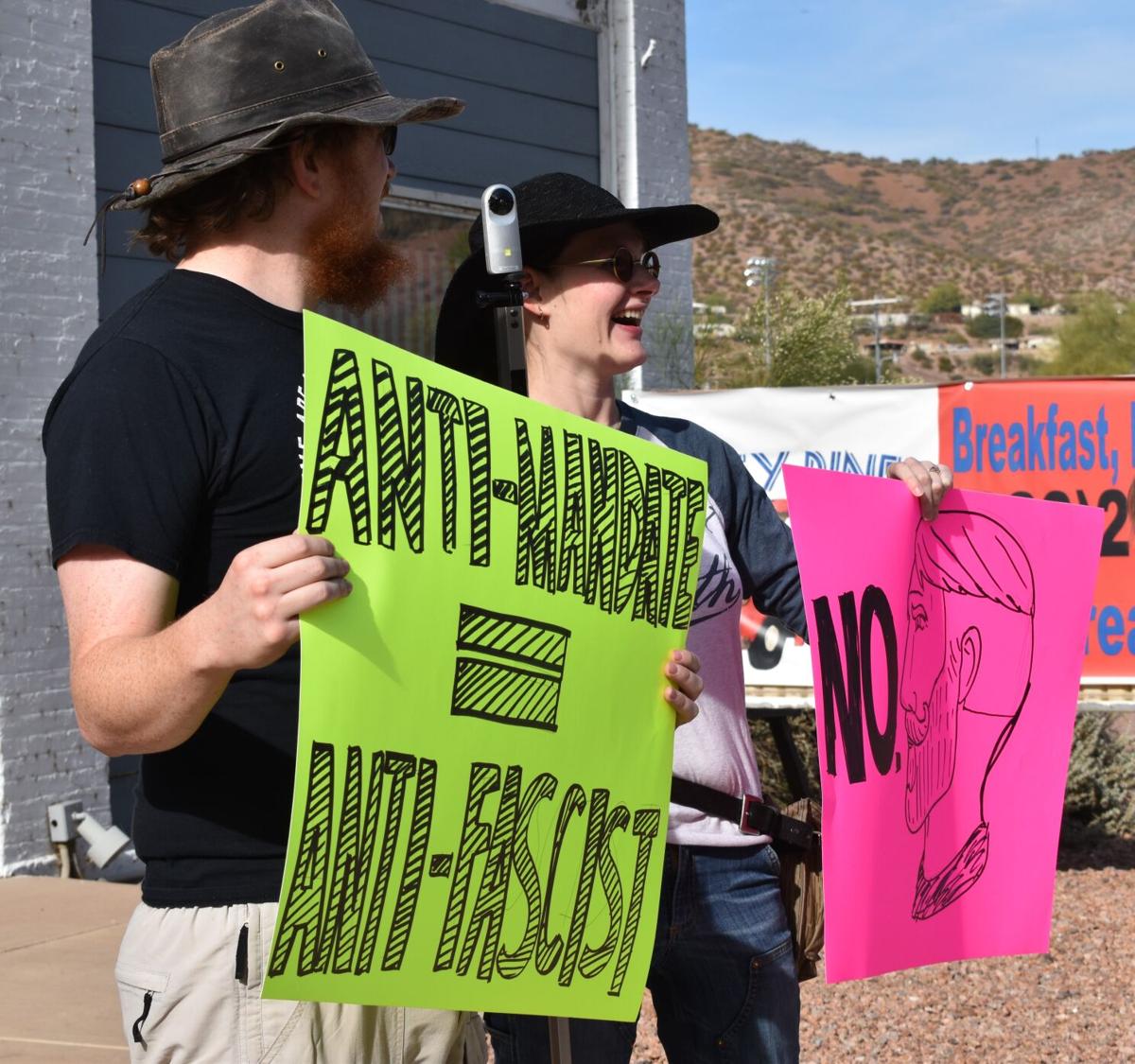 Alek and Julia Miller at Saturday's protest outside the Daly Diner in Clifton. The diner had its business license suspended Nov. 17 because of the mask mandate. 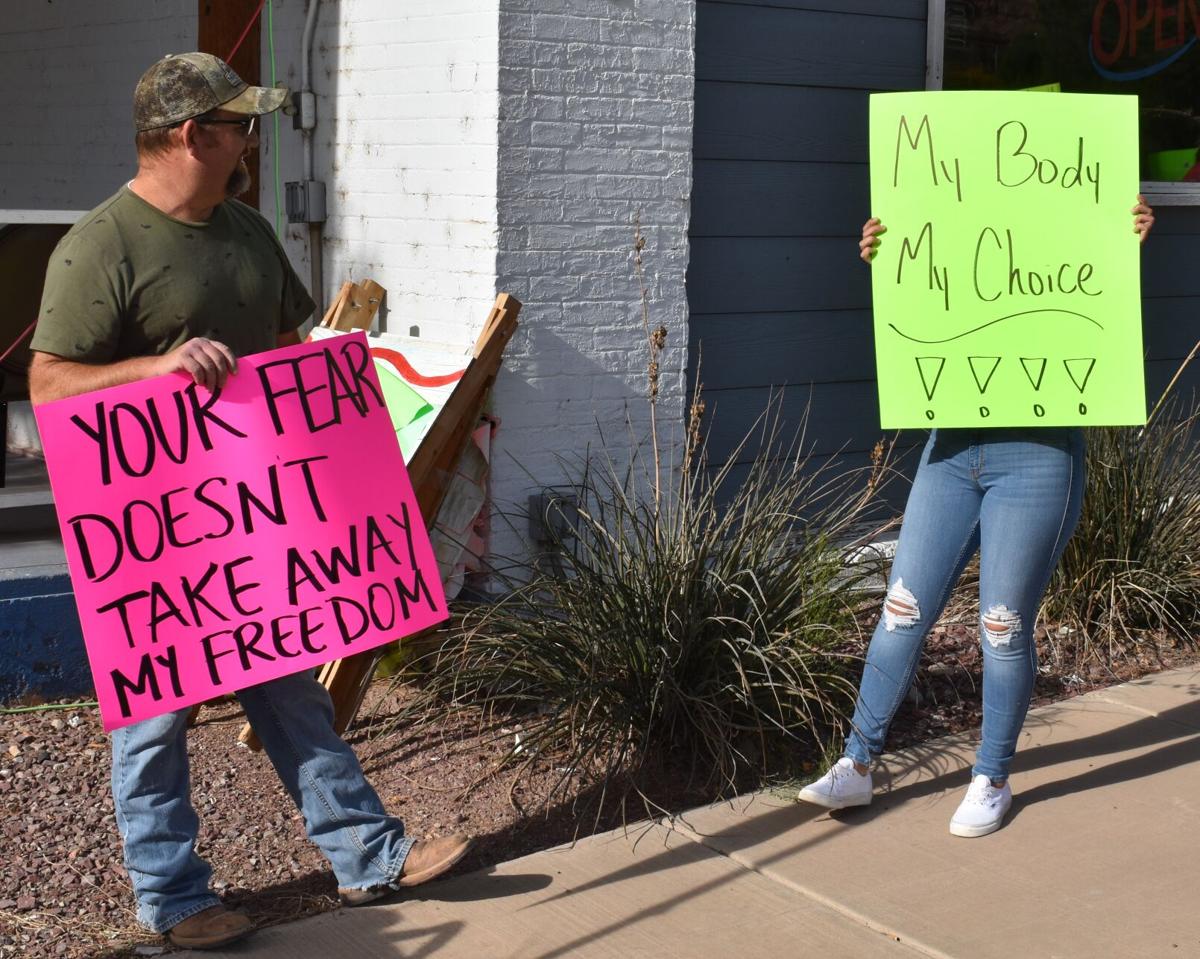 Travis Post, co-owner of the Daly Diner in Clifton, protests the town's and county's mask mandate.

We have lifted the paywall on this story. To support essential reporting, please consider becoming a subscriber.
1 of 4

John Southerland, center, was one of about a dozen protestors who gathered outside the Daly Diner in Clifton. Owner Cheryl Post had her business license suspended Nov. 17 because authorities said she allowed staff and patrons to violate a mask mandate.

Alek and Julia Miller at Saturday's protest outside the Daly Diner in Clifton. The diner had its business license suspended Nov. 17 because of the mask mandate.

Travis Post, co-owner of the Daly Diner in Clifton, protests the town's and county's mask mandate.

Roughly a dozen Greenlee County residents gathered outside the Daly Diner in Clifton Saturday to protest the mask mandate put into place by the Town of Clifton and Greenlee County Board of Supervisors. The protest came on the heels of the town shutting down the diner for violating the mandate.

“I’m here to support another businesswoman and her right to establish her own rules in her own business,” said protestor Stephanie Southerland. “There’s no proof masks work. You’re just strapping a Petrie dish to your face. I think it’s wrong to deprive people of oxygen. God created our bodies to inhale oxygen and exhale carbon dioxide.”

The notice, which is posted on the diner’s door, states Post refused to comply with the emergency proclamations “despite numerous warnings and the issuance of a citation.” It further states her license will continue to be suspended “until the business comes into compliance.”

Post, who declined to comment Saturday, announced on Facebook she was permanently closing down the restaurant on Nov. 17, the same day her business license was suspended.

In an earlier interview Post said if people don’t like the fact she’s not enforcing the mandate, they don’t have to eat at her restaurant, Post said.

“It’s like the flu shot. If you want one, get one. If you want to wear a mask, go ahead, but you shouldn’t be forced to,” Post said.

No one in Clifton is wearing a mask and if police actually started enforcing the mandate, 95 percent of the town would be cited, Post said.

“If they start doing that, I can guarantee you he’d have anarchy,” Post said of Perez.

No one has caught COVID-19 in her restaurant and she doesn’t understand why it’s a problem all of a sudden, Post said.

A Change.org petition was created on Post’s behalf demanding the mask mandate be abolished.

Post is scheduled to appear in court this week.

Alek Miller, another protestor, is worried what else will be mandated in the coming days.

“The only reason I’m out here is I don’t like the mandate. My sign says anti-mandate, not anti-mask,” he said.

At least one person took issue with the protest. When Miller greeted a woman across the street, she responded by saying, “God bless us. We’re trying to stay safe. There are 250,000 dead and you people don’t give a (expletive).”

According to the U.S. Centers for Disease Control, the coronavirus that causes COVID-19 is transmitted predominantly by respiratory droplets generated when people cough, sneeze, sing, talk or breathe. The CDC recommends community use of masks to prevent the transmission of the virus especially since more than 50 percent of people who transmit the virus are asymptomatic or presymptomatic.

The CDC has reported that upwards of 80% blockage has been achieved in human experiments that have measured blocking of all respiratory droplets, with cloth masks in some studies performing on par with surgical masks as barriers for source control.

For more information on the benefits of masks, visit the CDC’s website.

As of Sunday, 87 Greenlee County residents were battling the virus. Ninety-one have recovered and two have died.