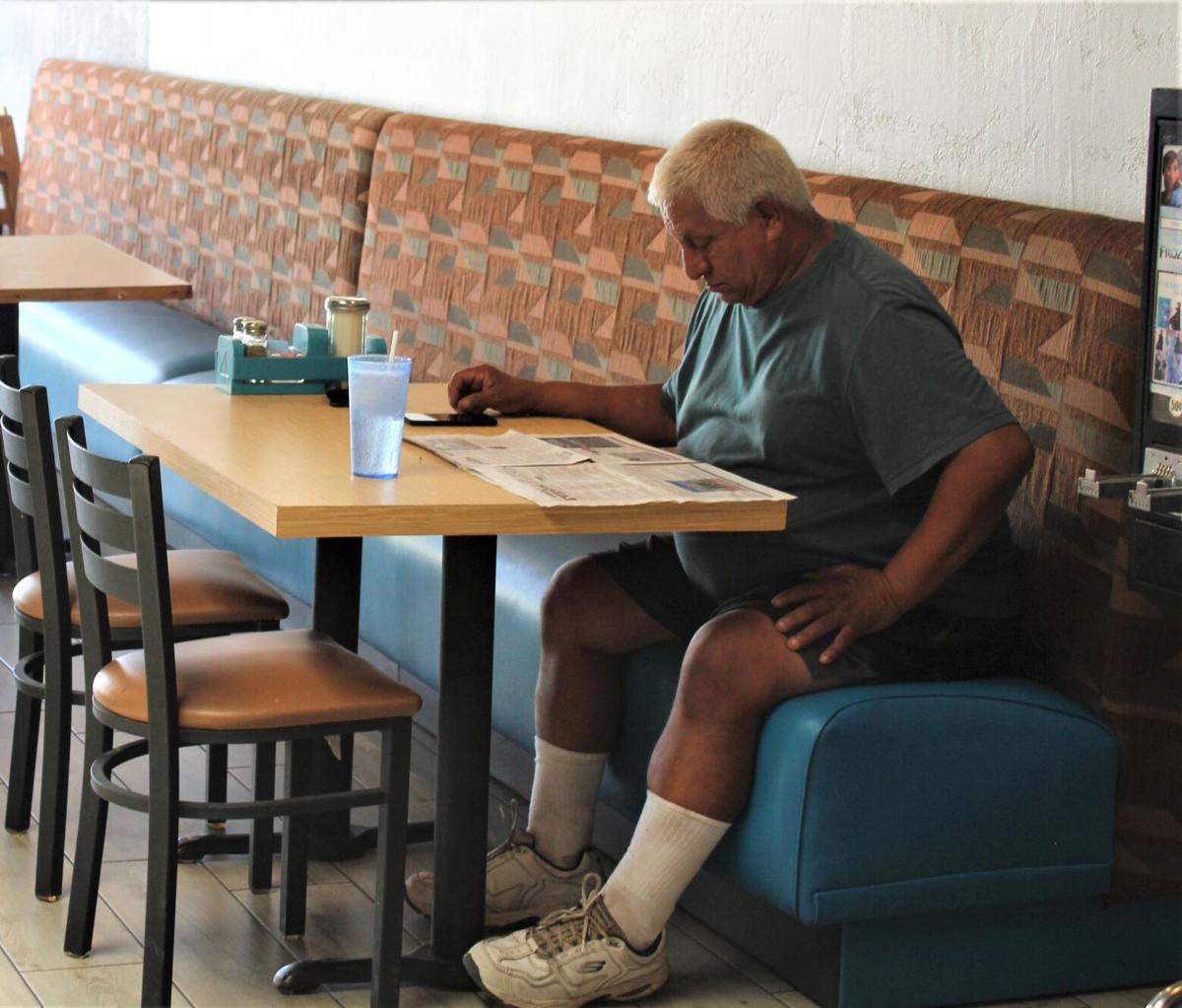 Salvador Estrada waits for his lunch order last week at the El Coronado in Safford. 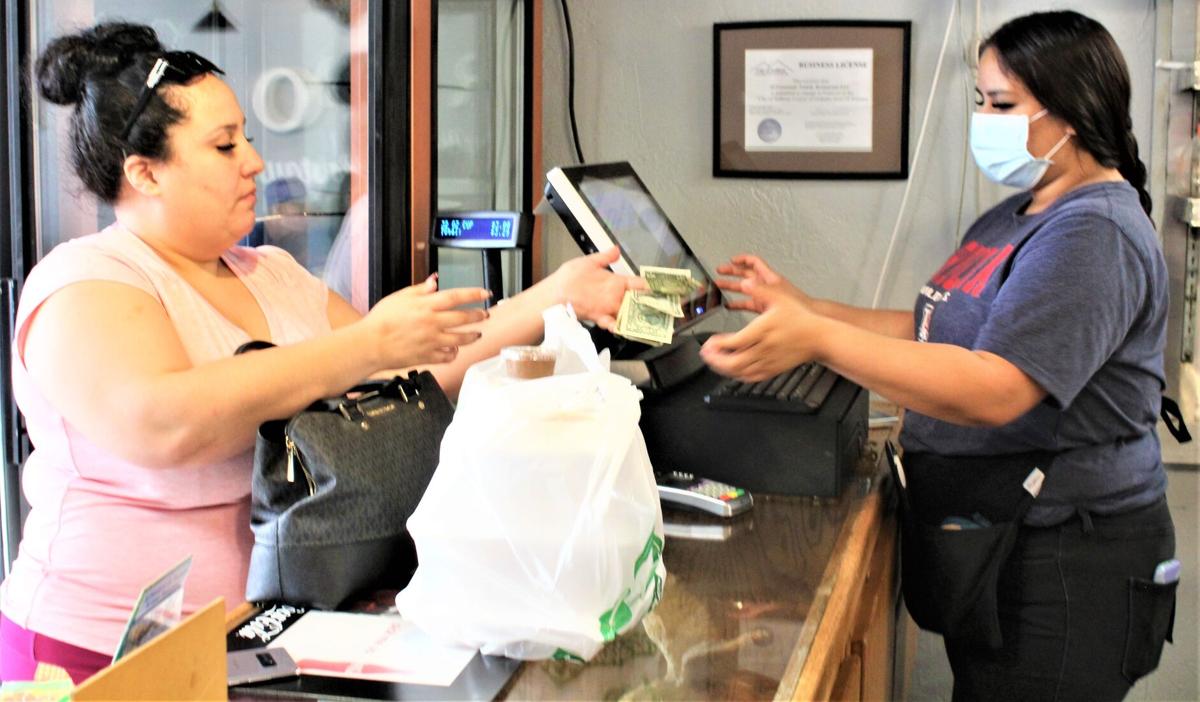 Salvador Estrada waits for his lunch order last week at the El Coronado in Safford.

It’s been awhile since Gov. Doug Ducey allowed restaurants to re-open their dining rooms at half capacity and while business isn’t booming, Gila Valley restaurant owners are still toughing it out.

Cathie Hawkins, owner of Meg’s Place in Fort Thomas, said she’s been able to keep all of her employees with help of a Paycheck Protection Program loan. While she cut back hours for awhile, she’s slowly adding them.

“We’re actually doing pretty well,” Hawkins said. “We’re getting lots of take out orders still, but we are getting people who are just happy to come in and sit and eat. Sometimes we just have a couple of people, but sometimes the tables we have left are completely full.”

“We’re still slow, but we’re hanging in there,” Coronado said. “It’s not as bad here as the big cities. I’ve been to Tucson and Phoenix and a lot of restaurants there are closing.”

Like Hawkins, they too, received a PPP loan, Coronado said. The restaurant is doing about half the business they used to and while they haven’t let anyone go, they have had to cut hours.

“We’re just trying to get through this like everyone else,” he said.

Both Coronado and Hawkins said they are blessed to have a long list of loyal customers who have gone out of their way to help them through these difficult times.

Letty Garcia, the owner of Toni’s Kitchen Pizzarama, described it as “getting used to the new normal.”

As soon as the shut-down was announced, she remodeled the inside of her place to create more distancing. She also set tables up outside.

Because most of her staff are college students, one of her biggest stresses has been finding and keeping employees, Garcia said. She lost virtually all of her staff when Eastern Arizona College closed its doors around spring break.

When she re-opened her doors with a new staff, it was almost like opening for the first time all over again and it was not fun, she said.

Working in the restaurant business is not for the faint of heart.

“It’s not for everyone,” Garcia said. “Not everyone has a knack for it.”

She hopes EAC doesn’t have to go to on-line learning for an extended period of time again because she’ll just lose her employees again. As it is, the college is planning to finish up the semester online after Thanksgiving in order to stop the potential spread of the virus.

Abby Quintana, who owns Mechy’s Mexican Food in Safford with her husband, Arturo, found herself ahead of the curve when the shut-down happened. They created an app two years ago so people could order and pay ahead of time. When people come to collect their food, they have special parking privileges.

As a parent herself, Quintana said she appreciates fast, real food and convenience. She’s grateful for the app now more than ever.

“We’re very fortunate our business didn’t suffer much,” she said.

Up until recently she hadn’t seen an uptick in people coming in to dine, but lately people dressed in their Sunday best have been dropping by, Quintana said. In fact, she’s had to offer take-out to a few because they were at 50 percent full and couldn’t seat them.v