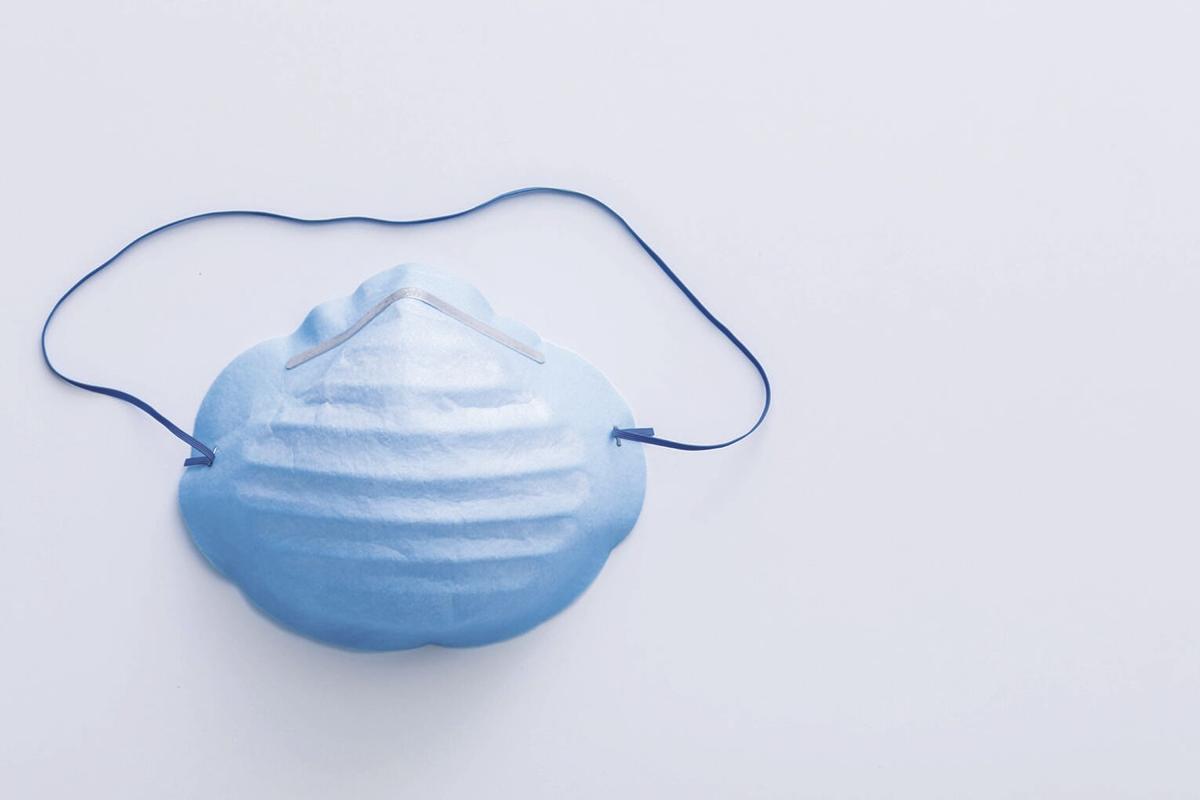 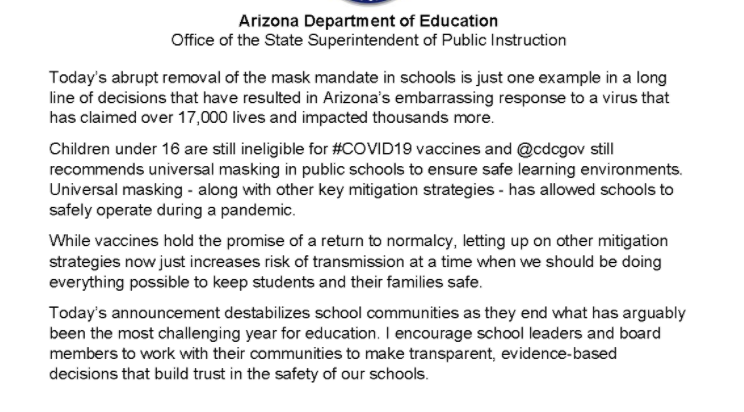 PHOENIX -- Students and teachers at Arizona schools are no longer going to be required by the state to wear masks.

But they can if they want. And local districts remain free to continue to enforce mask mandates.

In a new executive order late Monday, Gov. Doug Ducey rescinded his July 23 requirement that all school districts and charter schools must develop and implement a policy to require face coverings, such as masks or shields. He also overruled the Nov. 19 order by the Department of Health Services which actually mandated face coverings in schools.

What's changed since then, the governor said in a prepared statement, is the number of people who have been vaccinated against COVID-19.

At last count, 38% of Arizonans had received at least one dose of a vaccine. The figure for those fully immunized is closed to 27%.

All of those who have been inoculated, however, are at least 16 -- older than most of the children in school -- because the Centers for Disease Prevention and Control has yet to approve any vaccine for those younger than that. The governor, however, brushed that aside.

"Teachers, families and students have acted responsibly to mitigate the spread of the virus and protect one another,'' Ducey said. "And our school leaders are ready to decide if masks should be required on their campuses.''

Chris Kotterman, lobbyist for the Arizona School Boards Association, acknowledged that was true. But he said the governor's decision, coming just five weeks from the end of the school year, was both unnecessary and create "mask mandate chaos.''

"Now the pressure will be on various boards,'' Kotterman said. And he said there will be other complications.

"It's likely you'll have students showing up saying they don't have to wear masks anymore,'' Kotterman explained. He said the governor should have just let the situation remain stable through the rest of the year.

"Today's abrupt removal of the mask mandate in schools is just one example in a long line of decisions that have resulted in Arizona's embarrassing response to a virus that has claimed over 17,000 lives and impacted thousands more,'' she said in her own statement.

Hoffman also pointed out that children younger than 16 remain ineligible for the vaccine.

That question of who is -- and isn't vaccinated -- also concerned Joe Thomas, president of the Arizona Education Association.

"And so you've got a small population at the school that maybe has had the vaccine if they've chosen to do so,'' Thomas said. "And you have a massive population that doesn't have it.''

He noted that in Michigan health authorities just reported 43 new outbreaks of COVID-19 in schools.

That state also reportedly has the highest per capita rate of the more infectious and lethal B.1.1.7 variant of the virus. That variant now has been detected 756 times across 31 of the state's counties.

Thomas said that should have been a lesson for the governor.

"Taking down our guard too soon and not finishing out the year in as safe a way is possible is likely going to make us take a step backwards,'' he said.

"It's unfortunate and it's frustrating,'' Thomas continues. "And it shows once again that educators, once again, can trust this governor to not support them.''

Hoffman also has concerns about the timing.

"Today's announcement destabilizes school communities as they end what has arguable been the most challenging year for education,'' the schools chief said. Hoffman said now that the decision has been foisted on local boards they should make "transparent, evidence-based decisions that build trust in the safety of our schools.''

``We know that transmission is low among youth,'' he said. ``And Arizona was among the first states to prioritize vaccinating teachers.''

Anyway, Karamargin said, the new order simply ensure that ``schools are able to make their own decisions around mask requirements, depending on the needs of their community.''