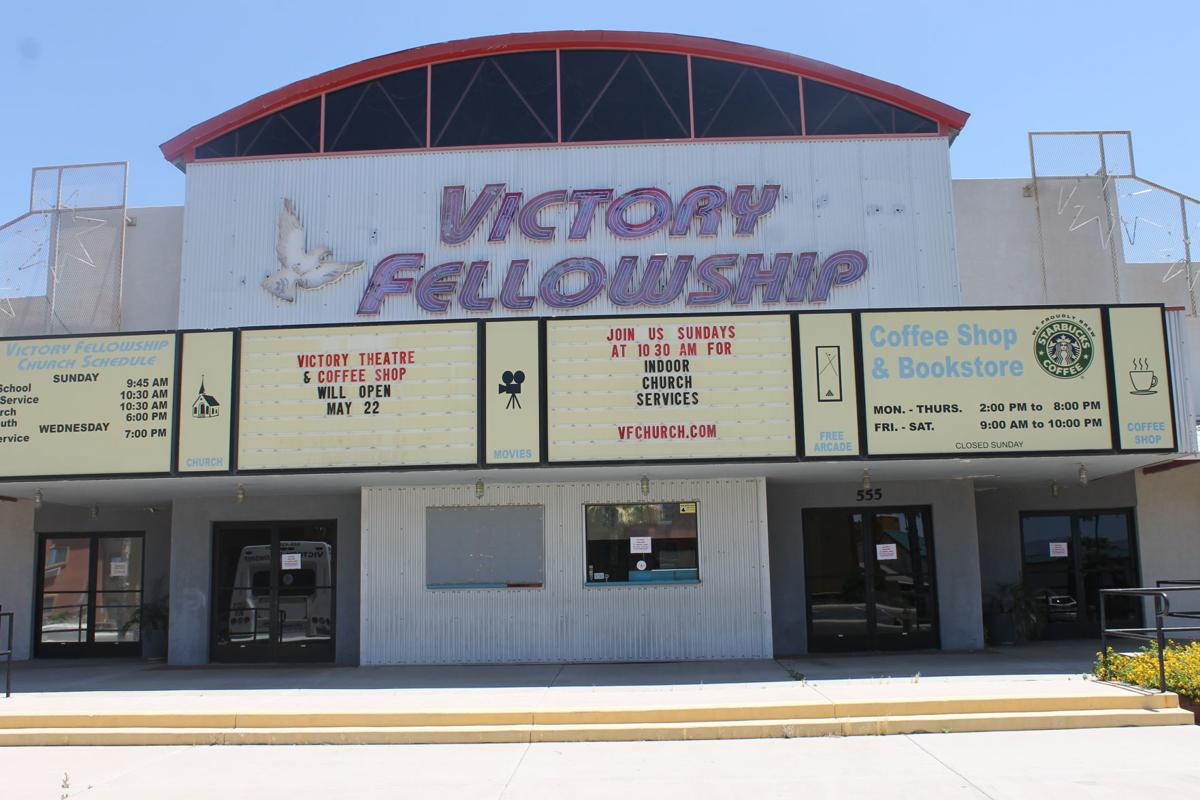 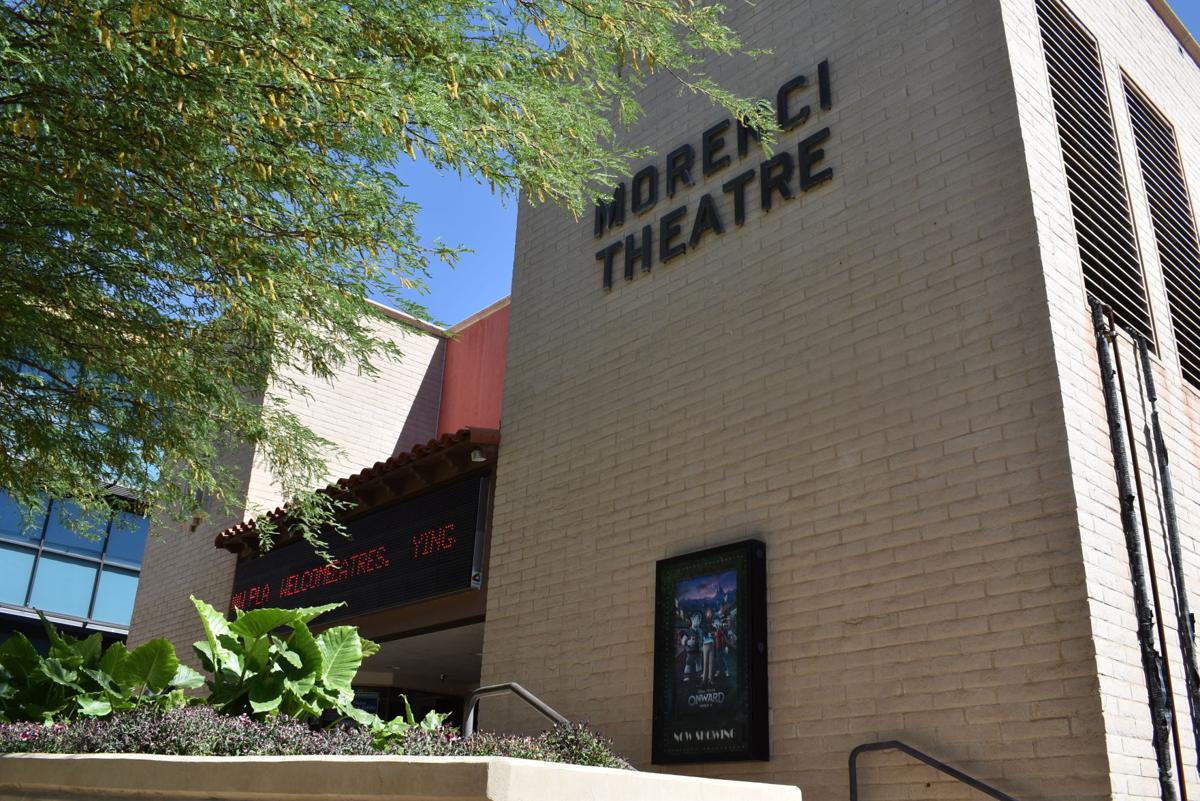 PHOENIX — As of Saturday, you could legally go catch a flick at your local theater.

But don’t pack the kids in the car just yet or fill your purse with candy from the dollar store.

Theater operators contacted by Capitol Media Services say they’re not ready to open the doors just yet, if for no other reasons than there simply isn’t anything new to throw up on the screen. But they are willing to sell you popcorn, and even bring it out to the curb for you.

Late Thursday, the Department of Health Services released its guidelines for how the theaters should operate, covering everything from seating to butter dispensers for popcorn.

Only thing is, these are being phrased as suggestions and recommendations. And that leaves a lot up to individual operators — and, ultimately, to customers to see if they feel safe.

As to other recreational opportunities, don’t hold your breath waiting to see the first pitch of the season.

Yes, Ducey has said that games can go on, albeit without fans. So you’ll be watching on the small screen.

Here, too, however, Major League Baseball isn’t ready yet, either. The latest news show team owners looking for a start in early July — assuming some arrangement can be reached with players.

And where they will play is a whole ‘nother question.

On one hand, Ducey said he has been in discussions with MLB Commissioner Rob Manfred, though he declined to disclose what he said.

But the governor did say the state “is very open-minded to hosing whatever Major League Beaseball would like.’’ And he made a pitch of sorts.

“We have the facilities that are here,’’ Ducey noted, especially with all of the Cactus League fields. “We have the hotel space that is here.’’

Ducey, however, is going to get competition from Florida Gov. Ron DeSantis who is doing his own outreach, especially after California Gov. Gavin Newsom have balked at the idea of large gatherings where the virus could spread.

“If you have a team in an area where they just won’t let them operate, we’ll find a place for you in the state of Florida,’’ he said.

Florida also has the advantage of Grapefruit League fields, though they are more far-flung than those in Arizona which all are concentrated in the Phoenix area.

But then there’s the question of playing outdoors in the summer heat, as only Bank One Ballpark has a roof.

More immediate recreational relief for Arizonans — and air-conditioned at that — is likely to come at one of the state’s movie houses. But not just yet.

“Although were are not planning to reopen our theaters now, we are anxious for the day we can safely and responsibly welcome guests back into our theaters to watch movies on the big screen, where they are meant to be seen,’’ reads a statement from Harkins Theatres.

The company says it is working with public health officials and industry partners to finalize a reopening plan and safety protocols.

But, for the moment, all that is academic.

“Another necessary criteria is a reliable and continuous slate of great new theatrical films,’’ the company said, saying it is waiting for the planned release of anticipated summer blockbusters like “Wonder Woman 1984’’ and “Mulan.’’

Potentially the first up could be “Tenet,’’ the latest film from “Inception’’ director Christopher Nolan scheduled for release on July 17.

Still, the company said it will probably open its doors “a couple of weeks’’ ahead of new Hollywood offerings, whether with previously released or specialty films.

AMC, the other big player in Arizona, did not immediately return calls seeking a schedule. The company is not listing any showtimes for the immediate future.

Arizonans anxious to sit in the dark may have some options soon.

Gary Clement, general manager of the Wilcox Historic Theater told Capitol Media Services he is ready to turn on the projector on May 22.

What will he be showing?

“I have no idea until Monday,’’ he said, saying he was on the phone negotiating some releases. He said the theater, first operated in 1937 and reopened in 2012, shows first- and second-run movies along with independent releases and even some stage shows.

Still, like his bigger counterparts, Clement’s operation recognizes that it’s not just what’s on the screen that attracts patrons: Popcorn and snacks are available curbside Monday through Friday from 3 to 6 p.m. and on weekends from noon until 6.

That still leaves the health department’s protocols which are mere recommendations.

For example, it says that operators should “consider spacing out seating for those who are not in the same party to at least six feet apart.’’ And even that has some wiggle room, saying that should occur “when possible.’’

“We want to provide as much flexibility as possible,’’ Ducey told business owners Thursday during a conference call.

- operating with reduced capacity with special attention to limiting areas where customers and employees and congregate;

- wiping pens, counters and hard surfaces between uses or customers;

- providing employees with masks and have them wear them “when possible.’’

Oh, and for those who like butter — or whatever that is — on their popcorn or those flavored salts, the protocols suggest scrapping those common-use dispensers and having single-use servings.

Movie fans will soon be able to enjoy the big screen again, with some local theaters gearing up to reopen this weekend after being closed due to COVID-19 restrictions.

Governor Doug Ducey recently said movie theaters would be allowed to reopen as early as May 16 if they chose. No local theaters took him up on that immediately, but at least two will welcome back moviegoers this weekend.

Pastor John Neal of Victory Fellowship Church, which operates the theater, said movies will be shown for free when the theater reopens. With no new movies being released until July, Victory bought the rights to some older films.

The theater will have two shows a day in its first week. Social distancing will be observed in ticket lines and seating will be limited, with customers sitting farther apart. Customers won't be required to wear masks, but their temperatures will be taken at the door. Theater workers who need to wear masks will do so. Children must be accompanied by an adult. Movies will be spaced out so staff can clean and sanitize the theatre between showings.

Friday's movie lineup will include The Fast and the Furious, Sing and The Flintstones.

"We want everybody to be safe, but we also want them to enjoy themselves," Neal said.

For updates on Victory Fellowship Theatre, call 928-428-1503 or visit https://www.facebook.com/Safford.Movies/.

The Willcox Historic Theater also planned to restart its big screens Friday. Meanwhile, their concession stand is also open and offers curbside pickup. Concession stand hours are Monday through Friday from 3-6 p.m. and weekends from noon to 6 p.m.

Movies and showtimes for Willcox had not been posted Sunday morning, but the theater's Facebook page promised "a movie lineup of classics and the best comedies, drama, action and more." For updated movie information, visit https://www.willcoxtheater.com/ or call (520) 766-3333.

Allen Theatres, which operates the Morenci Theatre and Stargazer 5 in Safford, did not immediately return calls seeking information. According to their website, all locations were still closed as of Sunday.