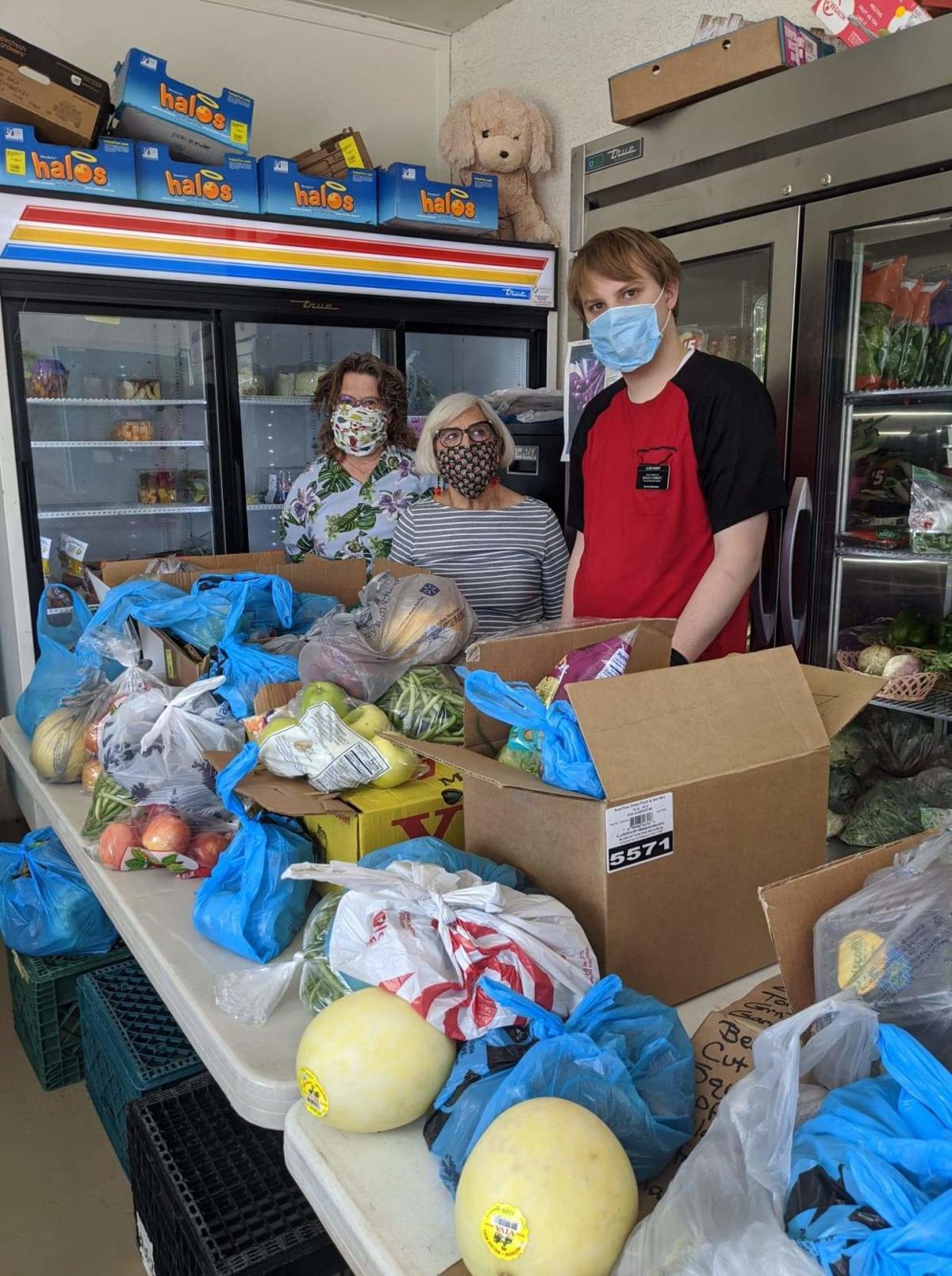 Workers at Our Neighbor's Farm and Pantry food bank put together packages for clients. 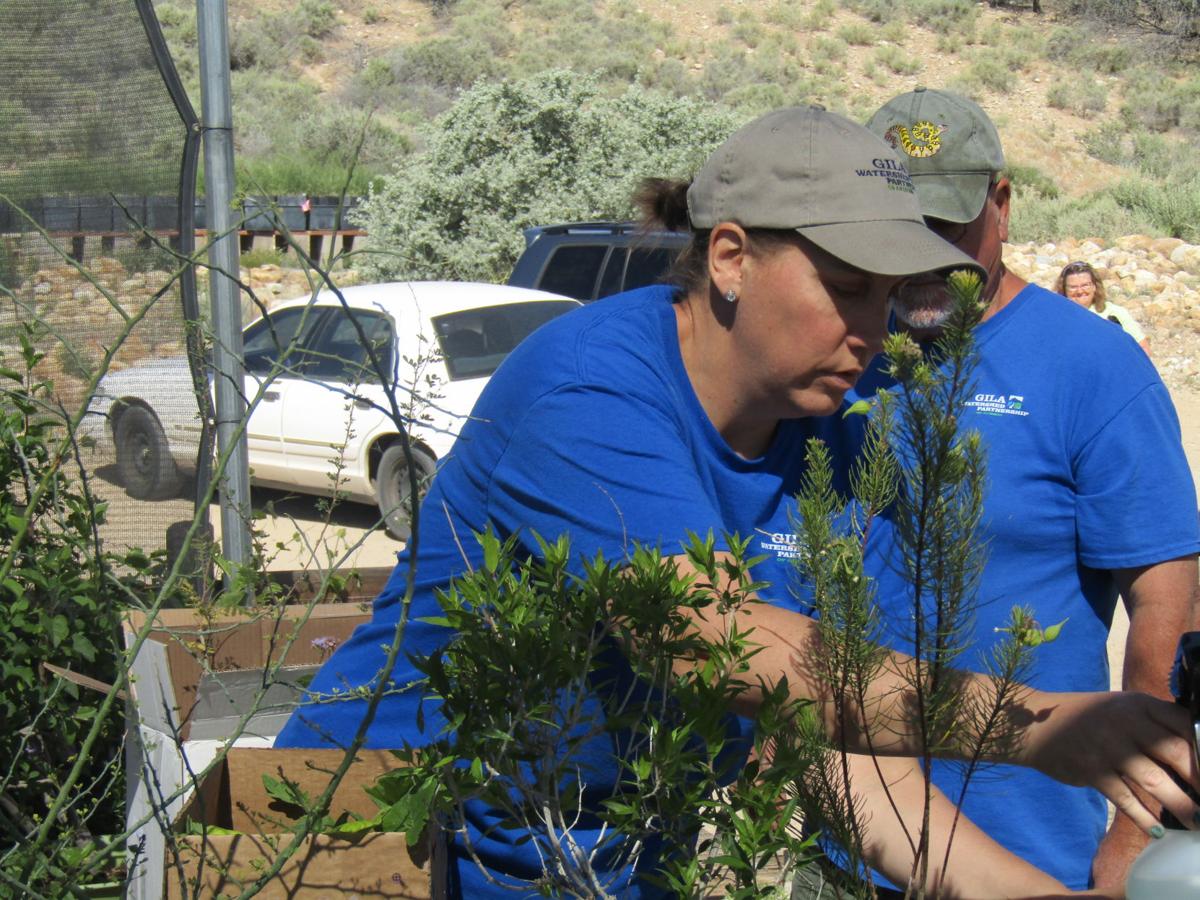 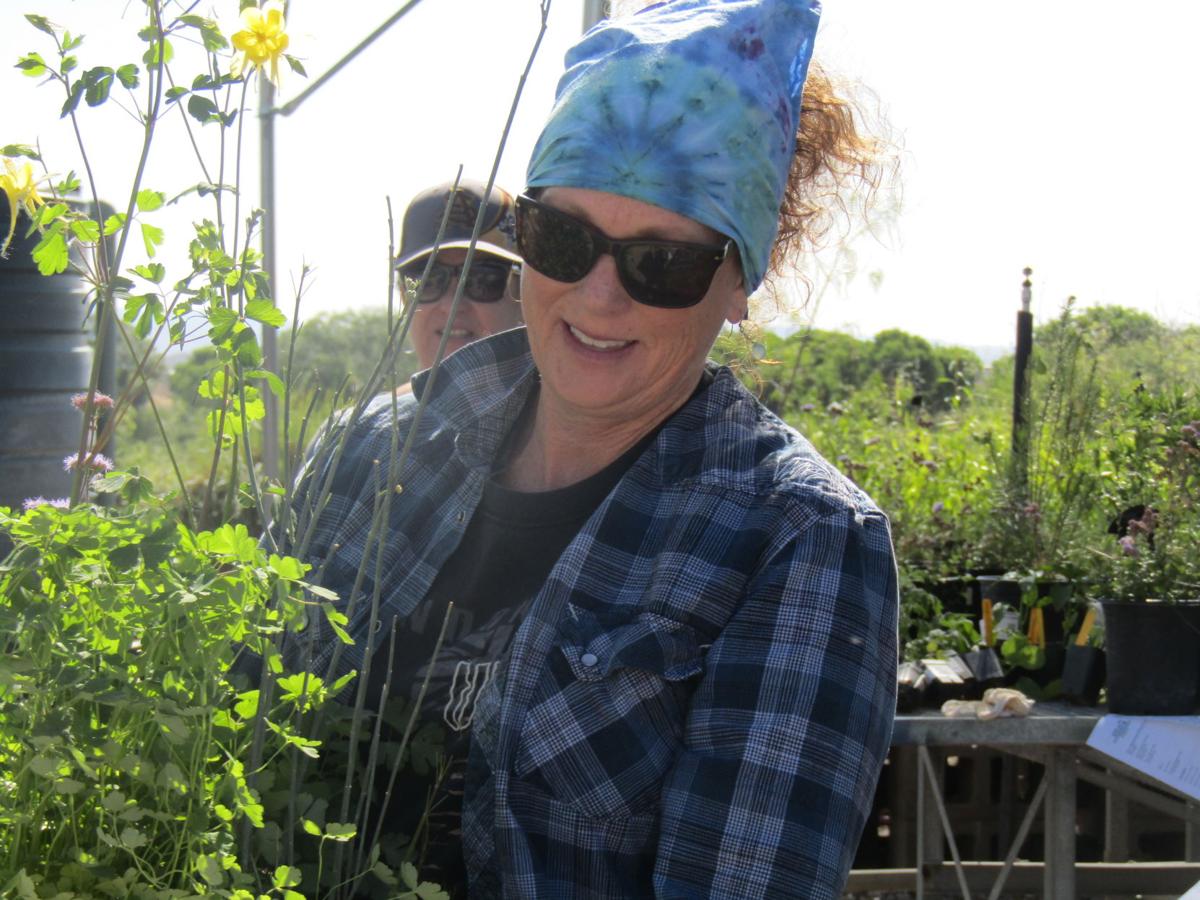 Kelly Hamilton, of Willcox, picks up part of her order at the Gila Watershed Partnership's virtual plant sale.

Workers at Our Neighbor's Farm and Pantry food bank put together packages for clients.

Kelly Hamilton, of Willcox, picks up part of her order at the Gila Watershed Partnership's virtual plant sale.

With plenty of community help in the last two months, Gila Valley nonprofits have kept up their missions as they adjust to the new setting — and some of them are looking forward to future endeavors.

Virtual events are one way nonprofits have adjusted.

Their doors may be closed due to safety guidelines, but the Boys and Girls Club of the Gila Valley still offers youth programs in a Facebook Live “virtual club.” There, members can watch a range of lessons and activities and keep up with the SMART (Skills Mastery and Resistance Training) Girls and Passport to Manhood groups.

At Our Neighbors Farm and Pantry, staff seek to keep the community engaged through virtual garden harvests, including one on Arizona Gives Day, and weekly Facebook Live updates.

“Since people can’t come over, let’s bring them over and let them see what’s going on,” said Executive Director Stacey Scarce.

The pantry’s resources have been stretched as it continues serving more people. Scarce said they were averaging about 52 clients a day, up from 37 in January and February. They also faced a box shortage, but Scarce said they now have enough for about two weeks thanks to community donations. Donors included a local Girl Scout troop who brought a number of leftover cookie boxes.

“People have really come through,” said Scarce. She added, however, that boxes will be needed again.

Meat and bread have also been short. Scarce said on social media that bread donations were down by more than 80 percent. Again, community members stepped up to keep the pantry stocked.

Freeport McMoRan donated over 600 pounds of meat, which was processed by Carter’s Custom Cuts in Thatcher. As for bread, the pantry worked with a local baker and a bar owner to ensure a supply for its clients.

With bars shut down by executive order and yeast hard to find in stores, Our Neighbors Farm and Pantry arranged to buy draft beer at reduced cost from Shane’s Place owner Shane Jones. The pantry takes that beer, along with flour left from a large Dec. 2019 donation, to Cakes with TLC, whose owner, Torey Cranford, is donating her time to bake beer bread for distribution to pantry clients.

Scarce said the pantry also faces the unexpected expense of buying plastic bags since produce is now individually wrapped, and staff are working more hours because some volunteers were wary of illness. She added that clients have been understanding of the pantry’s change to drive-through service. “They’ve been really good about staying in vehicles, so that’s been wonderful.”

With a critical fundraiser — their spring native plant sale — at risk, the Gila Watershed Partnership also turned to a virtual format.

“The idea of losing the plant sale was pretty devastating to us, so we switched over,” said Executive Director Melanie Tluczek.

Instead of browsing in person, buyers pre-order native plants online and pick them up from the GWP Gila Native Plant Nursery at a scheduled time on Fridays. Tluczek said this helped maintain social distancing and gave staff time to keep the packaged orders and other surfaces sanitized.

People can also have the GWP buy plants on their behalf and donate them to an organization of the person’s choice.

Picking up her order last Friday, Kelly Hamilton, of Willcox, said the nursery was the “coolest nursery ever” and that she would spread the word about it.

A planned cleanup along the San Francisco River at the end of May is still on. Tluczek said a safe version would be held if social distancing was still in place.

For Desert Cat Rescue & Sanctuary of Arizona, the new setting has been mixed. Founder Cheryl Christensen said pet adoptions are up.

“A lot of people are looking for pets right now.”

Finding veterinary services has been something of an issue, however, and Desert Cat Rescue lost one place to house kittens when the Graham County Chamber of Commerce building was closed.

He said one requested property cleanup was postponed due to fears of illness, but the group was considering another if it could be done within current safety guidelines.