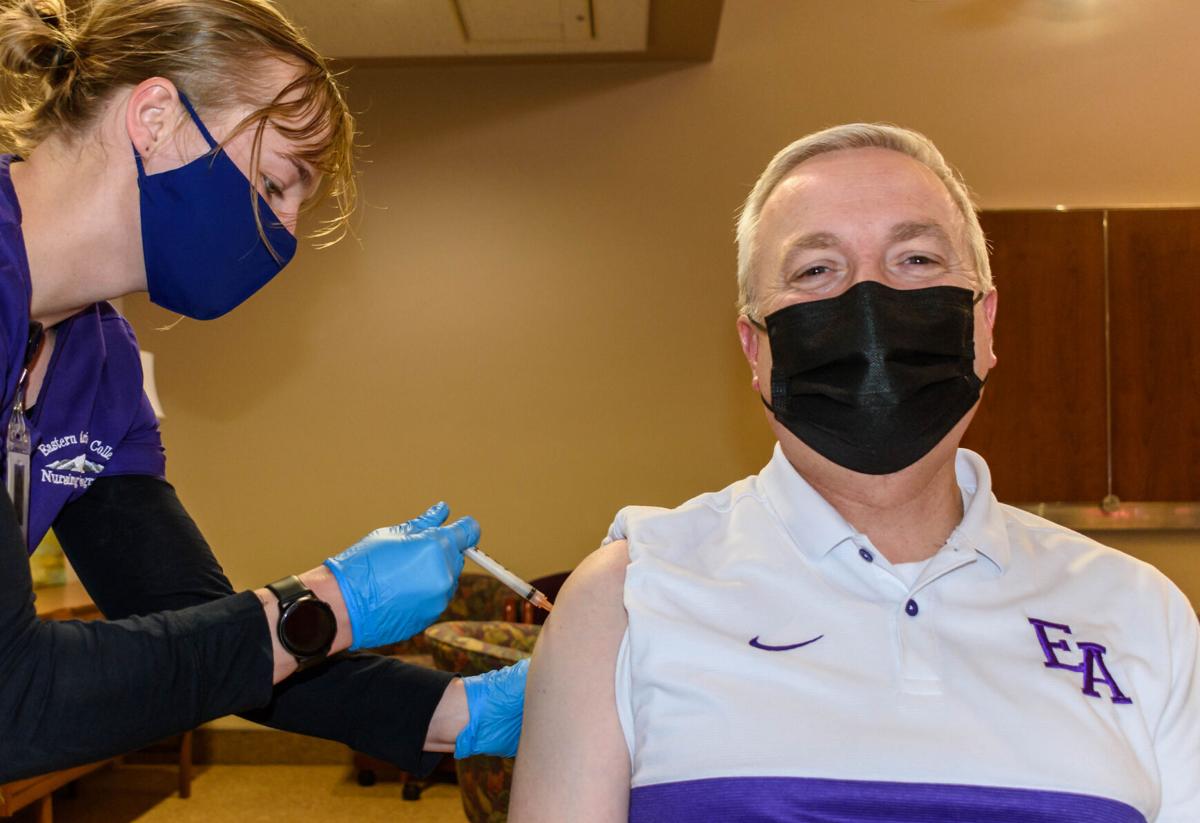 Eastern Arizona College President Todd Haynie was one of roughly 90 EAC employees who received their first COVID-19 Thursday, but one-third to one-half of first responders are declining to get the shot, according to the Graham County Health Department. 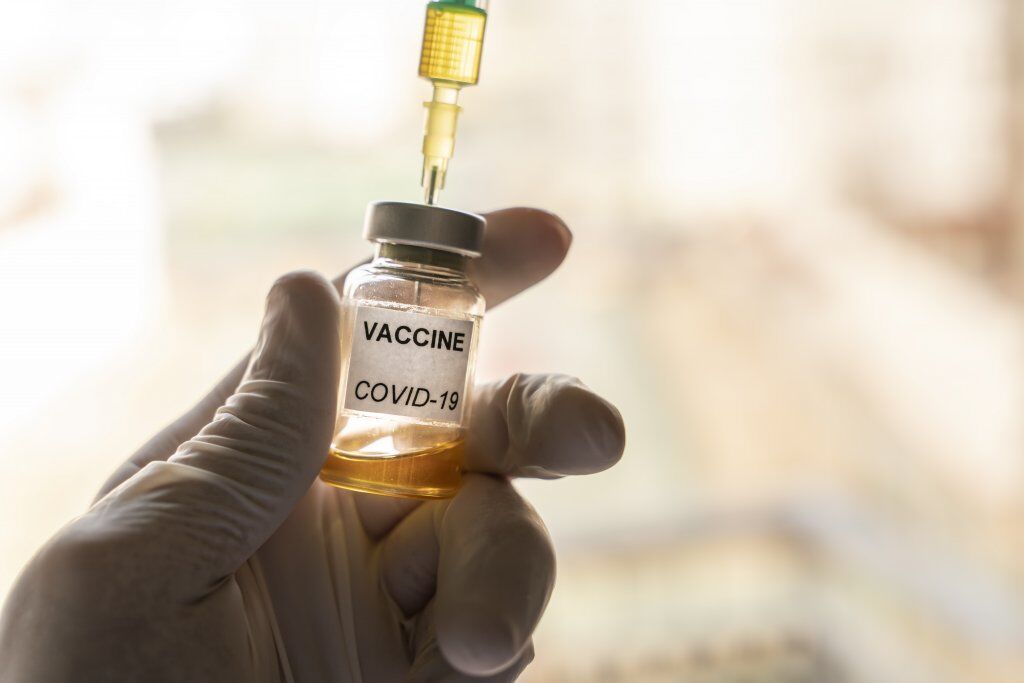 A vaccine for COVID-19 may only effectively stop the spread if enough people take it.

Eastern Arizona College President Todd Haynie was one of roughly 90 EAC employees who received their first COVID-19 Thursday, but one-third to one-half of first responders are declining to get the shot, according to the Graham County Health Department.

A vaccine for COVID-19 may only effectively stop the spread if enough people take it.

The Graham County Health Department says roughly a third to half of local first responders are declining to take the COVID-19 vaccine for a variety of reasons.

The Pima Police Department is currently avoiding taking the vaccine as a whole, said Pima Police Chief Dian Cauthen. She couldn’t say why her officers have declined to take the vaccine, but she said she doesn’t trust the vaccine at this time.

Some of her officers cannot take the vaccine for medical reasons, Cauthen said.

Brian Douglas, Graham County Health Department director, said some people are expressing concern about severe allergic reactions to the vaccine, but there haven’t been any severe reactions in Graham County.

“We have seen some typical reactions like some mild flu-like symptoms, and soreness at the injection site. Nothing serious at this point,” he said. “The side-effects are you might feel a little crummy. Some people didn’t want to risk the chance of not feeling well over the holidays. Others are waiting to see how the first group does. Also, some people are waiting for the Johnson and Johnson vaccine, which is a one-dose vaccine.”

Whether to get the vaccine is and should be up to every individual, Douglas said.

“I believe they have a right. A right to take the vaccine or to not take it,” however if too few people take the vaccine, the country won’t be able to achieve herd immunity, Douglas said.

“Reports are coming out saying numbers as high as 80 percent herd immunity is needed,” he said. “The only thing we can do is work to achieve that goal and continue working as long as it takes.”

Sergeant Jacob Carpenter, a Graham County Sheriff deputy, is waiting to get the shot.

In the Town of Pima, there is an added benefit to taking the vaccine for town employees.

Sean Lewis, Pima Town manager, explained if a town employee takes the vaccine and still gets infected, up to 80 hours of his or her sick leave will be paid for by the town. If they become ill with COVID-19 without taking the vaccine, the sick leave is taken from their personal sick leave.

Two weeks after the first dose, the efficacy of the vaccine is at 50 percent.

After the second dose, the vaccine is 90 percent effective against the virus, Douglas said.

Lewis hopes to take the vaccine as soon as it becomes available to him.

“I cannot imagine being in that line of work and not wanting the vaccine,” he said of first responders.

Pima Mayor C.B. Fletcher said he wishes his officers would take the vaccine.

“Hopefully it would prevent them from getting COVID-19. When they do get sick, who do we have to take their place?” he asked.

Not only do sick law enforcement officers put a strain on the rest of the police force, it’s costly for the town. Fletcher said when one officer is sick, the others who take over the sick officer’s shift have to be paid overtime as well as in some cases, double-time.

Still, it is a choice, Fletcher said.

“I certainly support the people’s right to choose what they want to do, and I support our employees also,” Fletcher said.

Other local police departments, and the Graham County Sheriff Office, are also seeing a mixed response to the vaccine.

Thatcher Police Chief Shaffen Woods said he has heard some of his officers express interest in taking the vaccine, but he doesn’t know how many have actually taken it. Graham County Undersheriff Jeff McCormies has heard some of his deputies are interested while others are afraid of having an allergic reaction to it.

“I’ve had at least five or six people approach me saying they were interested in taking it while I’ve had about two to three say they didn’t want to take it,” McCormies said.

Because he has recently been infected with the virus, McCormies isn’t able to take the vaccine. However, when it comes to Graham County’s COVID-19 sick leave, McCormies is very familiar with it.

“Since 2020, the county has a policy that if your illness falls under COVID-19 restrictions, the county is gracious in giving up 80 hours to employees,” he said.

Safford Police Chief Glen Orr was out of the office and unavailable to comment.

The chart describes how the Graham County Health Department will be distributing the COVID-19 vaccine. According to Director Brian Douglas, th…