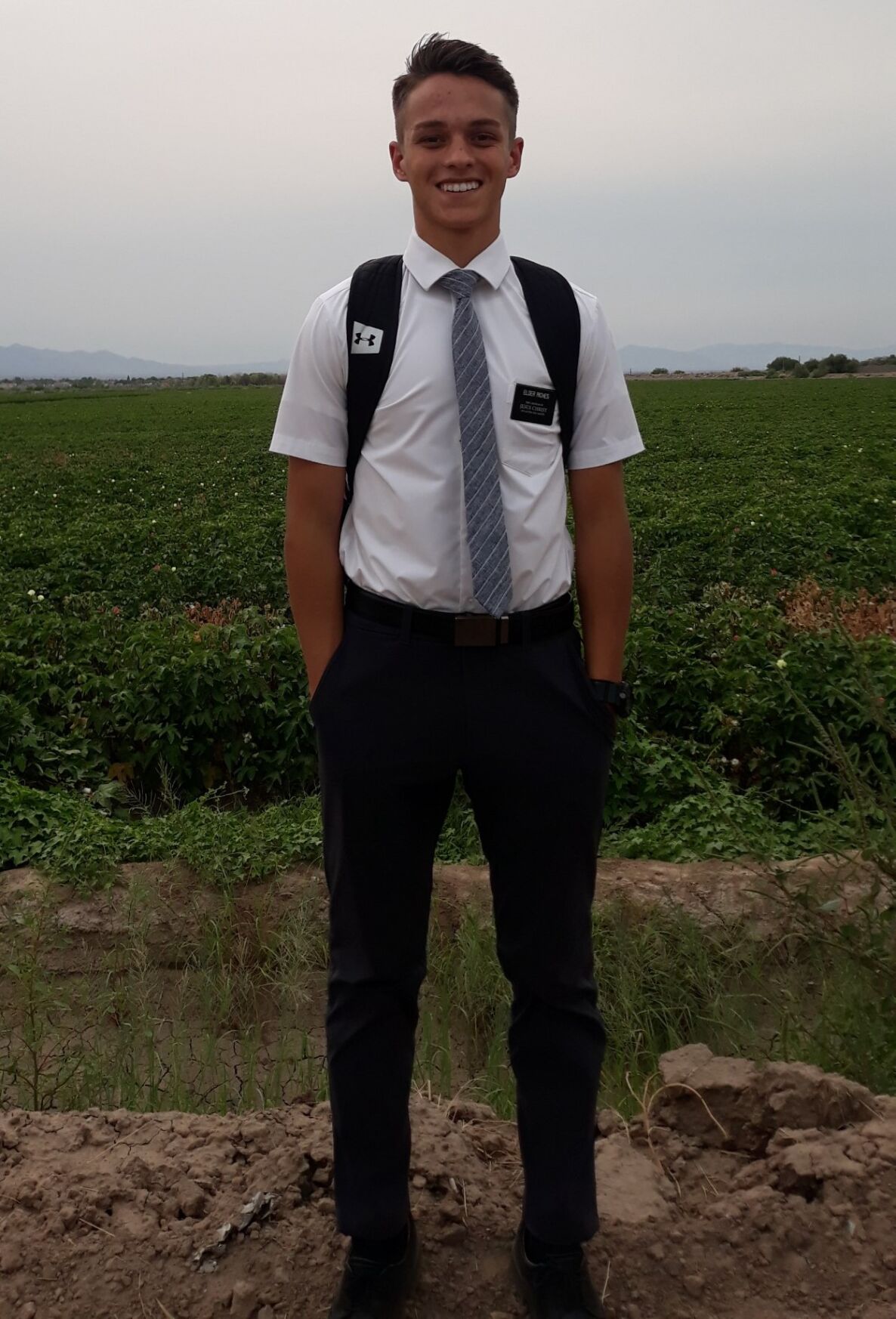 Hunter Riches, a 19-year-old from Murray, Utah arrived in Safford three weeks ago to help serve the community as part of his Mormon mission. Because of COVID-19, missionaries have been unable to serve their missions abroad. 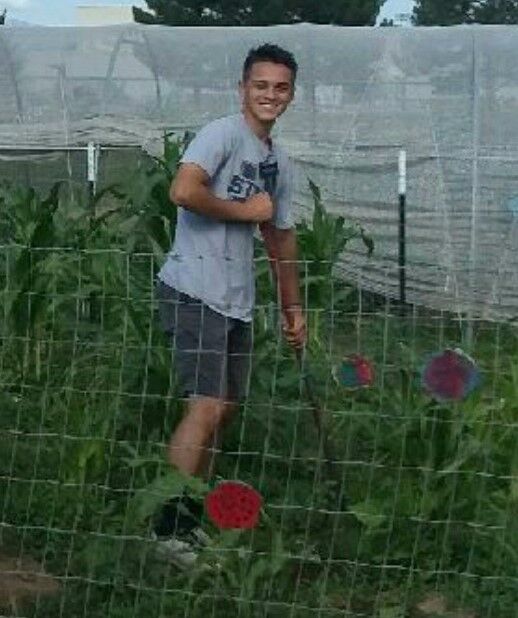 Hunter Riches, 19, has been helping out at Our Neighbors Farm and Pantry as part of his Mormon mission.

Hunter Riches, a 19-year-old from Murray, Utah arrived in Safford three weeks ago to help serve the community as part of his Mormon mission. Because of COVID-19, missionaries have been unable to serve their missions abroad.

Hunter Riches, 19, has been helping out at Our Neighbors Farm and Pantry as part of his Mormon mission.

Everyone’s heard the expression ‘When one door closes, another opens.’ Well, the Church of Jesus Christ of Latter-Day Saints definitely lives by the saying and as a result, the Gila Valley is benefitting.

When COVID-19 struck, most of the church’s young missionaries were brought back home from their foreign assignments. They’ve since been given new assignments right here in the U.S.

When young men in the church reach 18 and when young women reach 19, they are required to leave home to teach, perform community services and provide humanitarian aid. The men serve two year missions and the women 18-month missions.

While the Arizona Tucson Mission normally has roughly 170 missionaries helping out at food banks, teaching Scripture and performing other acts of service, it now has nearly 220 — a 29 percent increase, said Jeremy Grisel, president of the mission, which extends from Tucson to Silver City, N.M.

The Gila Valley typically has 24 missionaries, but now has 35, Grisel said.

They’ve come from all over the U.S. to pitch in at such places as Our Neighbors Farm and Pantry and to help people, no matter what their religion, with whatever it is they might need, Grisel said.

For example, right now there are missionaries in the Gila Valley fixing cars, pulling weeds, helping people move and researching family histories, Grisel said. And, instead of knocking on doors, they’re also teaching people about Jesus Christ, praying with folks and doing devotionals all through Facebook.

“Whatever we can do to help people become closer to Christ that’s what we’re going to do,” Grisel said.

As for those who grew up in the Gila Valley, there are 70 young men and women serving all over the country from Boston to California to Tennessee, Alabama and Georgia, said Jana Lyn Cherrington, a spokeswoman for the church.

A few of the Gila Valley missionaries have been able to stay abroad due to low COVID-19 numbers, Cherrington said. They’re in Canada, Australia, New Zealand, Hungary, Romania and Poland.

Hunter Riches, a 19-year-old from Murray, Utah arrived in Safford three weeks ago. He served the first year of his two-year mission in Tucson. He and two roommates from Utah and Illinois share an apartment.

“We’ve had lots of service opportunities and we’ve been teaching people about the Gospel,” Riches said. “I’ve been weeding, planting and harvesting at a Methodist Church and working at a food bank.”

“No matter what happens, Heavenly Father’s work will go forward,” he said.