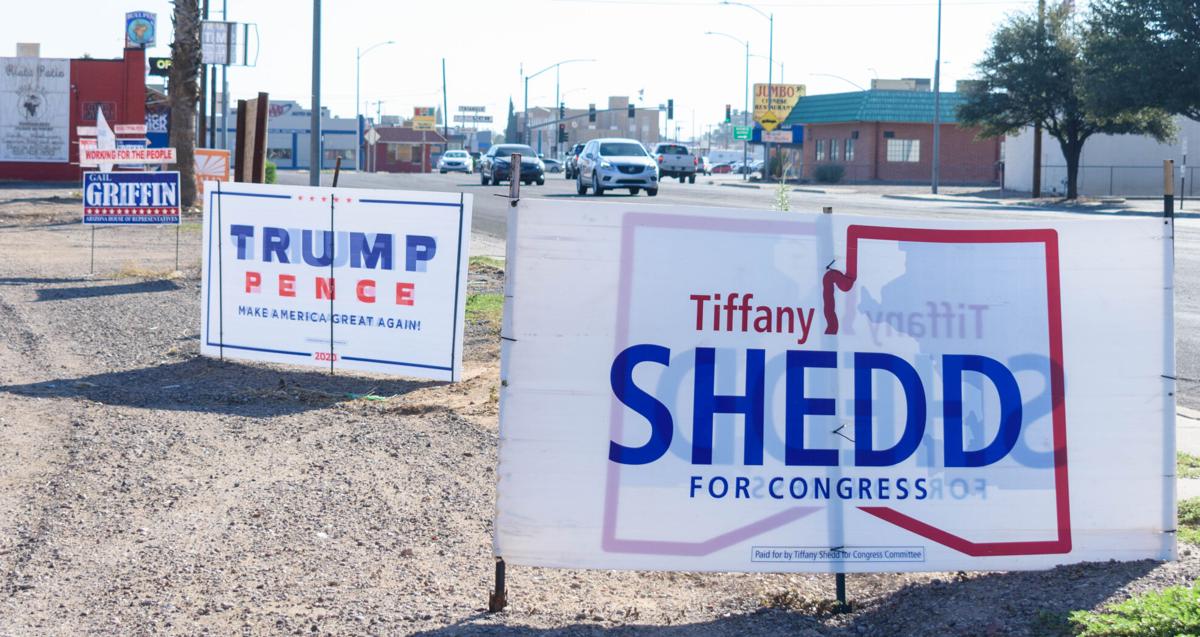 The Republican Party in Graham County started out with 34 large President Trump signs and they're down to six, according to John Rhodes, party chairman. 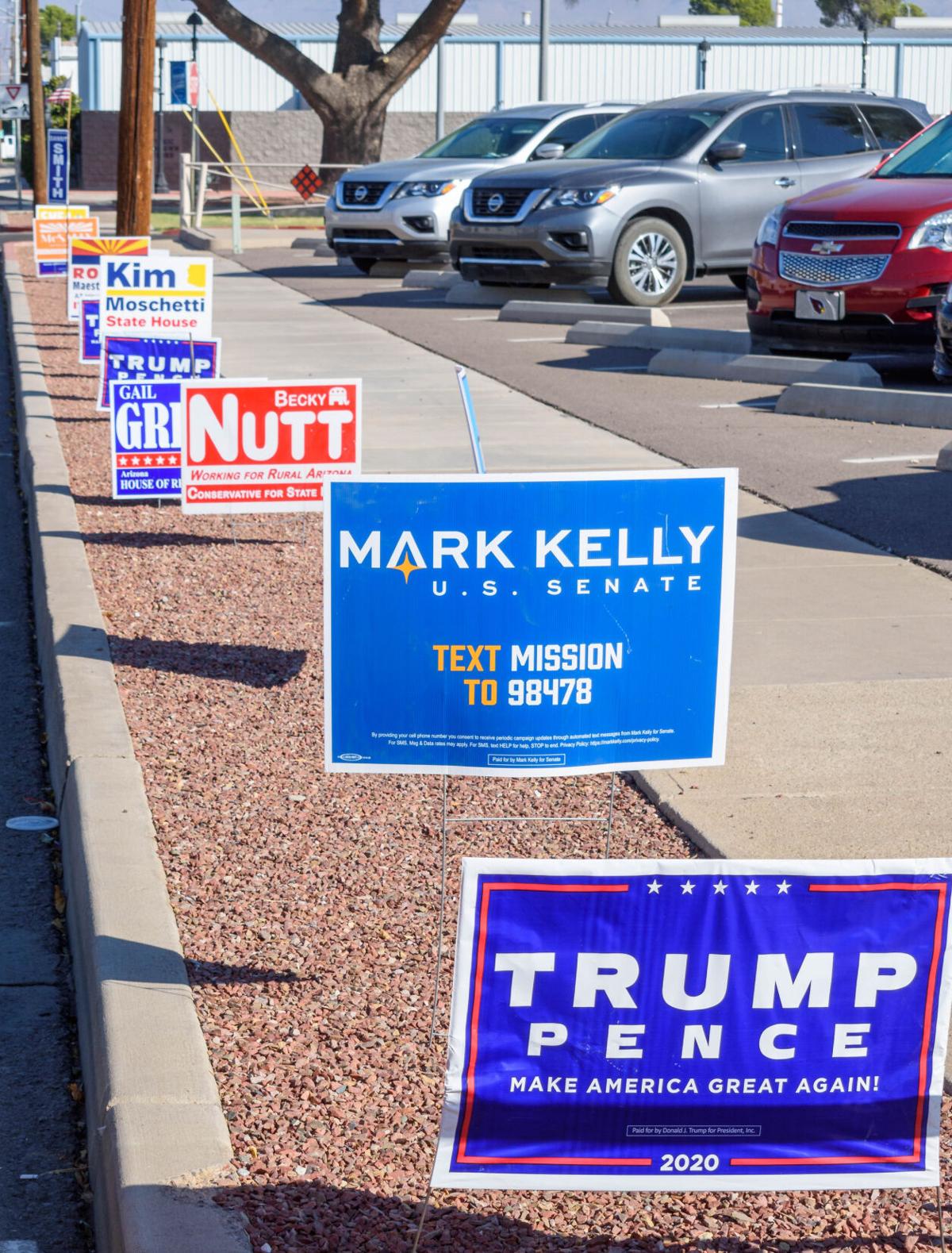 Nick Nordgran-Tellez, chairman of the Graham County Democratic party, said candidates from his party have seen their signs defaced and stolen, too.

The Republican Party in Graham County started out with 34 large President Trump signs and they're down to six, according to John Rhodes, party chairman.

Nick Nordgran-Tellez, chairman of the Graham County Democratic party, said candidates from his party have seen their signs defaced and stolen, too.

It’s no secret this election cycle has been an ugly one, just take a look at Facebook and Twitter. The divisiveness is now showing up along our roadways, too.

John Rhodes, who has been the Graham County Republican party chairman for the last 15 years, said he’s never seen anything like it before.

“We can’t keep a sign up in Graham County,” Rhodes said.

The party started out with 34 large President Trump signs and they’re down to six and half of the 400 Trump yard signs are gone, too, he said.

If they’re not being defaced with vulgarities, they’re being outright stolen, Rhodes said.

Martha McSally signs are going missing, too, he said.

Law enforcement officers haven’t given the thefts priority so he doesn’t know for a fact who is responsible, but he suspects Democrats, Rhodes said. Many of the stolen signs are being replaced with Joe Biden and Mark Kelly signs.

Graham County’s Democratic Party Chair Nick Nordgran-Tellez agrees this election season is particularly contentious, but said Democrats are having their signs defaced and stolen too.

Even worse, party members are afraid to put up and/or replace the missing signs, he said.

One party volunteer is convinced the back window in her vehicle was broken out because of the large Biden sign in her yard and another volunteer was harassed while manning headquarters the other day, he said. Someone actually came into headquarters to give her grief.

“The activity of our members is slowing down because they’re becoming fearful,” Nordgran-Tellez said. “They’re always heckled when they put up signs.”

“Unfortunately, this is the reality of this election cycle and how bad it’s gotten,” Nordgran-Tellez said.

Earlier this year, Nordgran-Tellez reported an incident to police in which a man came to headquarters, tore down two signs and cussed at volunteers. The man later wrote a letter of apology and gave the Democrats $500 to replace the sign, Nordgran-Tellez said.

Rhodes said he believes the incident was faked to gain sympathy.

Safford Police Chief Glen Orr and Pima Police Chief Diane Cauthen did not respond to emails asking about increases in vandalism reports. However, Thatcher Police Chief Shaffen Woods said he hasn’t noticed an increase in incidents over years’ past. Nor has Graham County Undersheriff Jeff McCormies.

“However, my personal feeling is that this election seems to have some very serious opinions surrounding it and tensions are higher than normal. That may be one reason for the increase in damage or defacing signs,” Woods said. “I have seen it be a topic in the news lately. It’s hard to speculate why people are doing it though.”