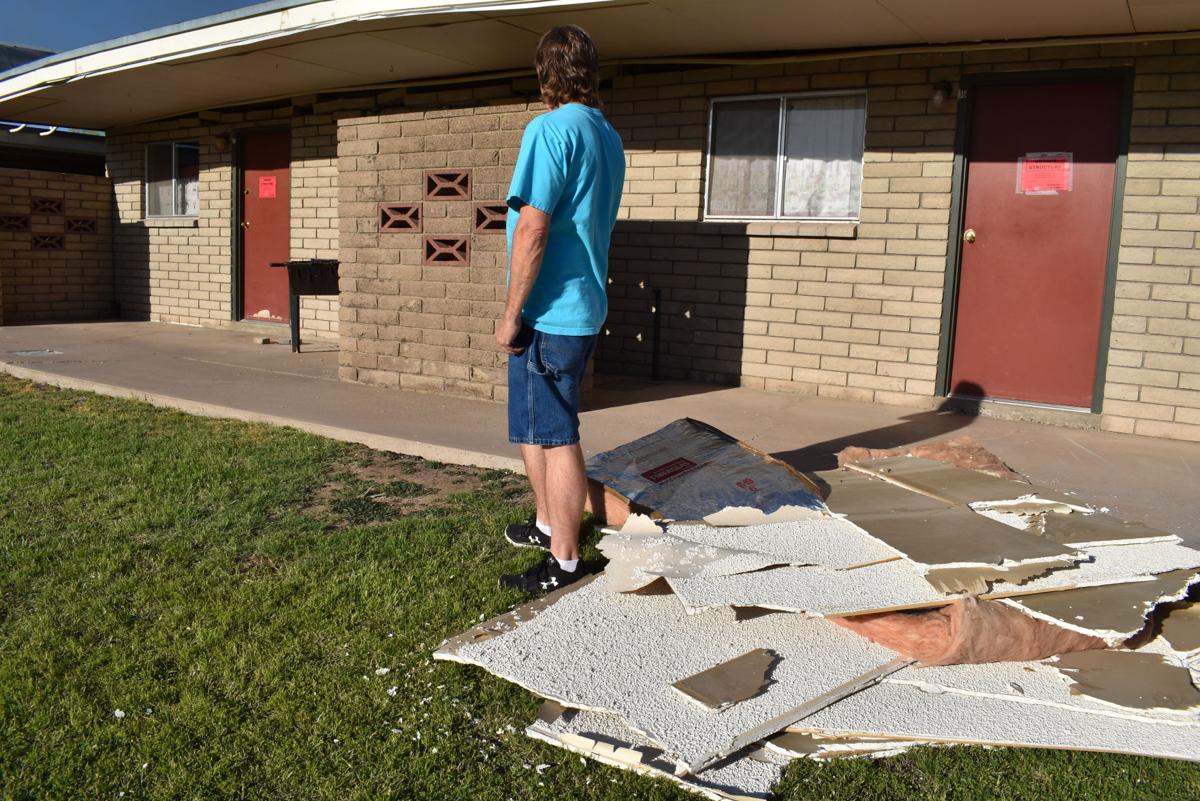 Randall Martin checks out the external damage wrought by a dust devil Friday. 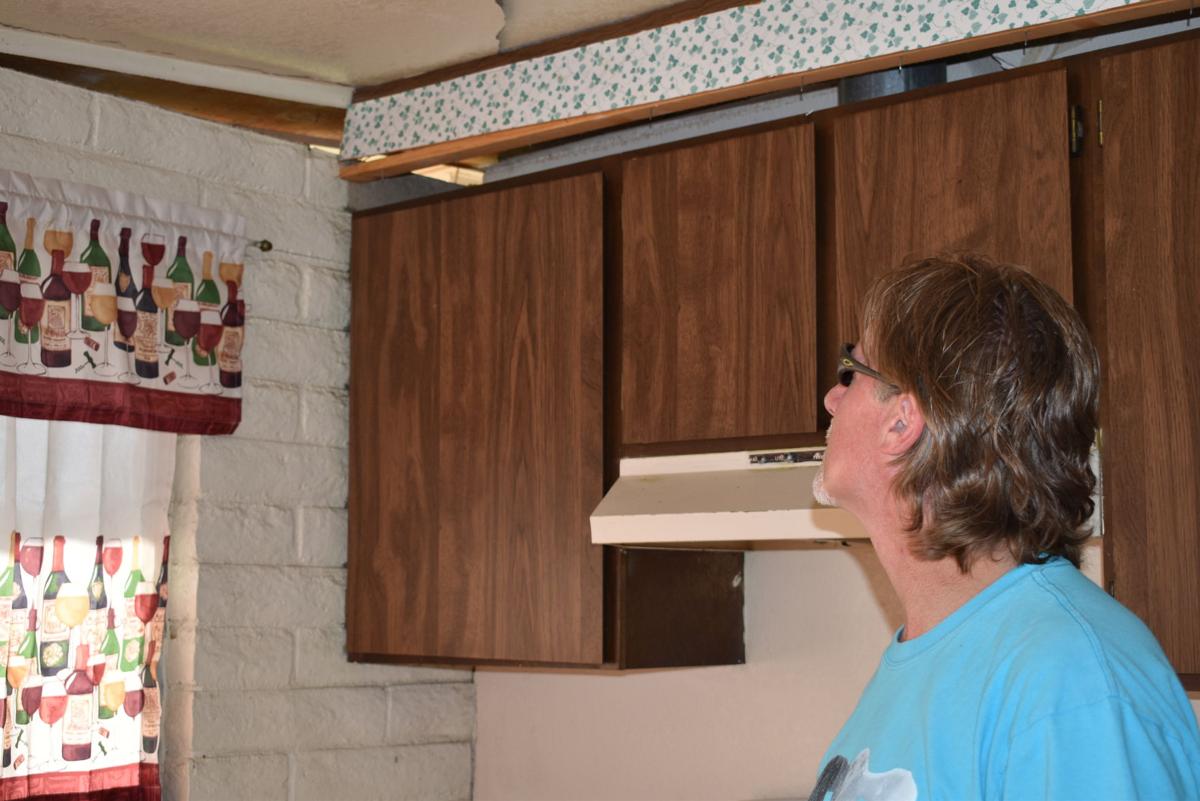 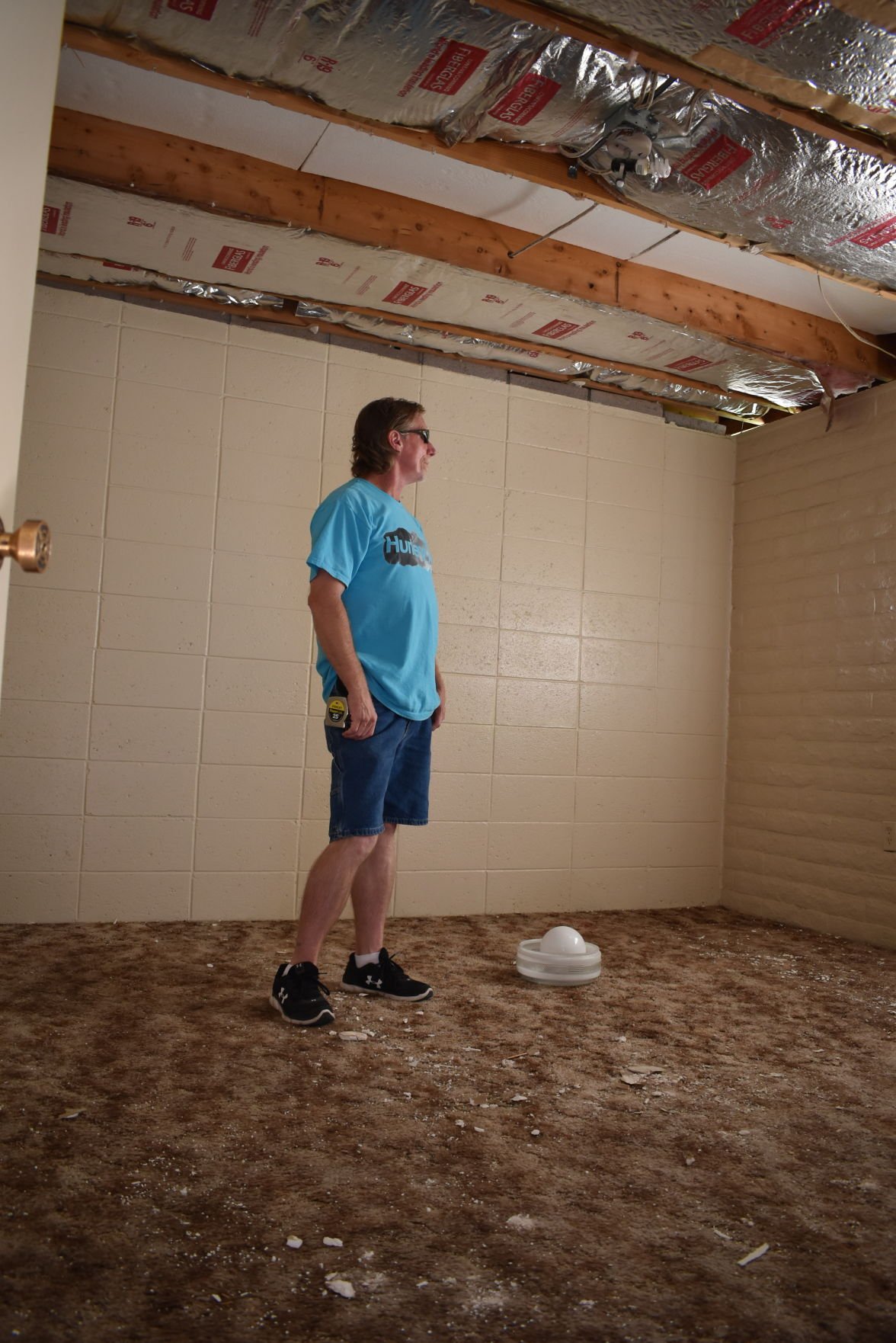 Randall Martin checks out the external damage wrought by a dust devil Friday.

Randall Martin had a lot of errands to run Friday. He did laundry, paid the rent and stopped by the post office. He had no idea he’d have to add “find new place to live” to the list.

A dust devil swept through the Amber Apartments on Tenth Avenue shortly before 3 p.m. and wreaked so much havoc, his apartment and one other have been condemned.

Property manager Linda Nelson spent all day Saturday on the phone trying to find Martin a place to live and dealing with insurance adjusters and contractors.

“It was just a freak act of God,” Nelson said. “I’m just grateful because it could have been worse. Thank God He protected everyone.”

Martin just missed witnessing the dust devil in action. After folding and hanging his freshly laundered clothes, he headed out to run his errands.

On his way back, he spotted the dust devil out east and didn’t think anything of it.

“I was gone less than 15 minutes and when I got there I could see the dust devil had knocked over one of those big garbage cans out in the parking lot..and when I walked in I saw my fire alarm was on the ground,” Martin said “The front bedroom door was open and I thought someone had broken in. I could hear people talking in the back and I walked out and everyone was looking up toward my apartment.”

One of the neighbors told him he watched as the dust devil lifted the roof off the north end of the building and sent it rippling to the south, like a rope, Martin said.

When he went back inside his apartment and opened the back bedroom door, he saw the ceiling had collapsed. He also saw the cracks in his kitchen ceiling and sunshine coming through a gap between his back kitchen wall and the roof.

Martin, who just moved to Safford from St. George, Utah, in January, was able to find a house to rent on Saturday.

“The stars lined up for me,” Martin said.

Nelson said the other tenant who lost his home was away for the weekend. She’s still trying to find a new home for him and his cat, who survived the excitement just fine.

Glenn Lader, a meteorologist with the National Weather Service in Tucson, said the average dust devil can get up to 30 mph.

As far as Friday’s event, Lader said, “This is not the first time we’ve heard of things like that. The strongest ones can reach 50-60-plus miles per hour.”