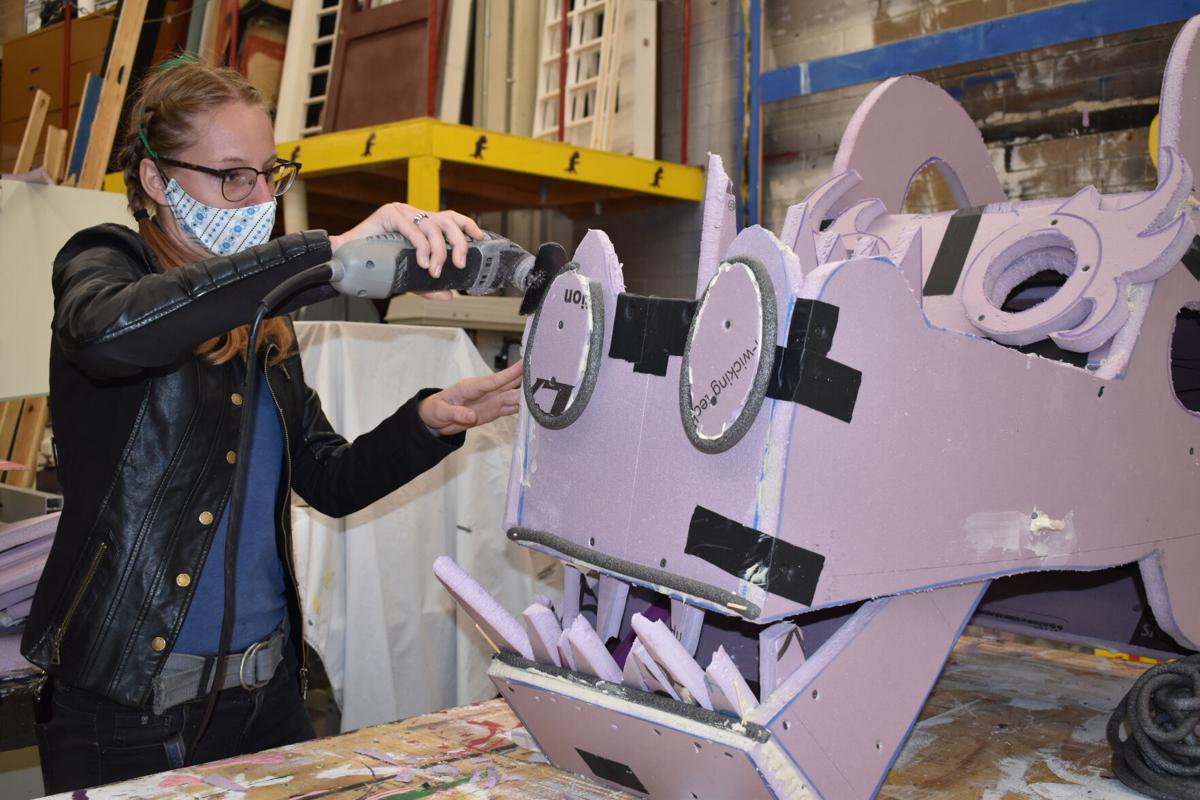 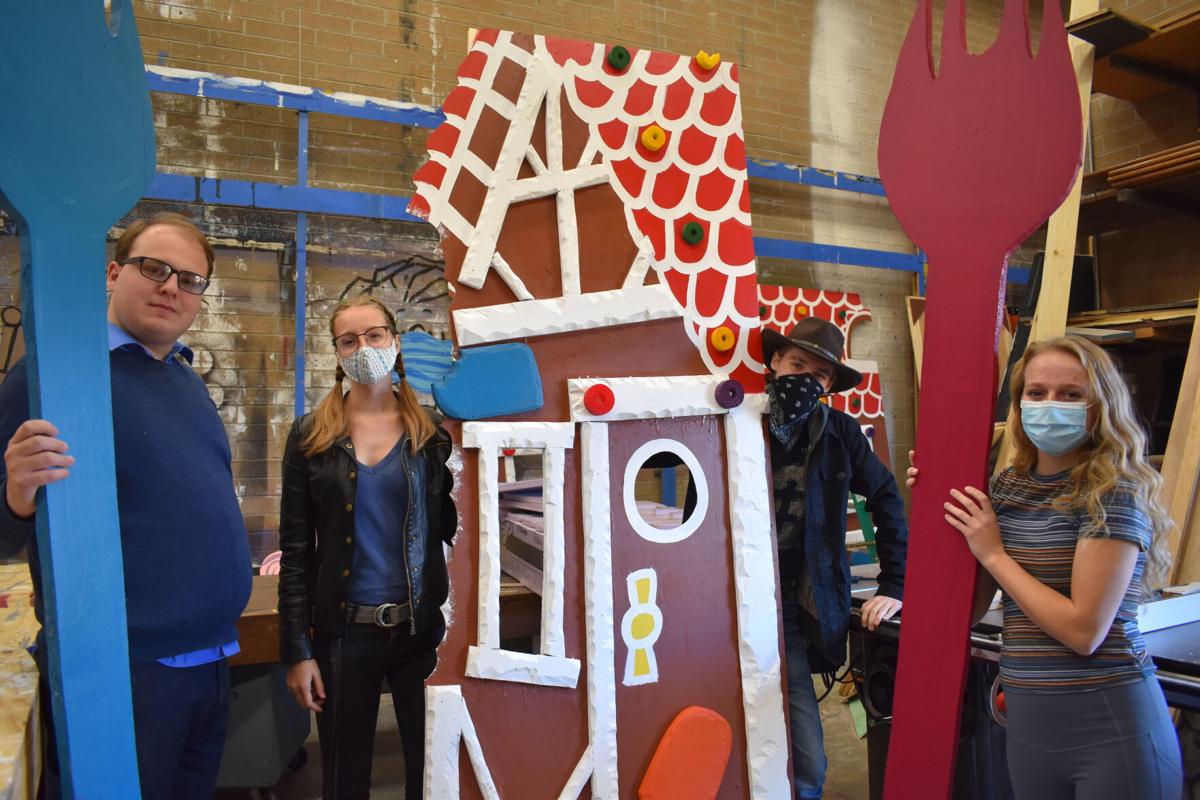 Jackson Knight, Rebekah Harkey, Isaac Burton and Morgan Miller show off parts of the sets that have been created for Stadium Stories, an EAC event taking place Nov. 12-Nov. 14.

Jackson Knight, Rebekah Harkey, Isaac Burton and Morgan Miller show off parts of the sets that have been created for Stadium Stories, an EAC event taking place Nov. 12-Nov. 14.

Are you bored because you’ve already breezed through season two of The Mandalorian? Don’t worry, Eastern Arizona College’s thespians have just the thing.

You and the kids can head to the college Nov. 12-14 to be entertained by the likes of Robin Hood, Sherlock Holmes and Hansel and Gretel.

Dale J. Young, theater arts department chairman, spent much of the summer wondering how he could provide an outlet for his students and safely entertain faithful Gila Valley theater-goers. Inspiration struck when he watched a YouTube video produced by the Cortland Repertoire Theater in upstate New York.

“I saw a video of what my friend did and I thought ‘This is perfect for us,’” Young said. “We came up with this idea of a drive-through fairy tale event...It’s basically like a reverse parade. Instead of the parade coming to the audience, the audience is coming to the parade.”

Picture this: driving through a castle in your car and spending the next 20 minutes or so watching a small army of fairy tale and other well-known characters acting out vignettes on 12 different elaborate, colorful two-dimensional sets created by Gregory Owen, associate professor of theater direction, and three of his stage craft class students.

“Your car will be visited by several characters while there are several scenarios playing out,” Young said. “You’re not seeing the full story, but you’re seeing snippets and highlights.”

“I was right off the bat very excited about the idea,” Burton said. “Obviously this isn’t something I’ve experienced; I don’t think any of us have been a part of anything like this show, but as soon as he gave the idea, I was right on board with it and thinking what stories we could incorporate, what sort of characters could we show off that the community is going to like and that are going to get us those chipmunk giggles?”

You know — the sounds small children make when they laugh, Young said.

Kaylee Wilson is the co-stage manager for what they’re calling “Stadium Stories.”

“I was kind of thrilled by the idea,” she said. “Every girl I feel like, especially those into acting, has that dream of playing a Disney princess at Disney some day and we’re putting on an interactive fairy tale experience.”

Looking around at all of the sets last week, Wilson said she’s so proud of what they’ve accomplished.

“It’s going to be so cool,” Wilson said.

Student producer Rebekah Harkey said she and others spent days posting notices all over campus looking for volunteers to play some of the characters. They’ve got 35 cast, but would love to have others step forward. Already, several high school students are involved.

The college held workshops to help pick the perfect people for each role, Harkey said. They played improv games and movement exercises over a couple of different nights.

Young said the project turned out to be much larger than originally conceived, but he’s positive it will be a huge success.

“The intent of the thing is two-fold. One is to make sure we give a performance experience that is COVID safe, but still allows our students to have an outlet to perform. The flip side of it is it’s a giveaway to the community, especially families,” Young said. “People are dying for something to do that’s a little bit out of the norm or more entertaining for kids. It’s really a gift to the community and to say ‘We’re still here and everything’s going to be OK.’”

How much: Free, but the college is accepting donations of canned goods and non-perishables for the school's campus food pantry

If you'd like to portray a fairy tale character in Eastern Arizona College's Stadium Stories and if you are available for a dress run on Nov. 10 and performances Nov. 12-14, email: eacstadiumstories@gmail.com or join their Facebook group: EAC's Stadium Stories