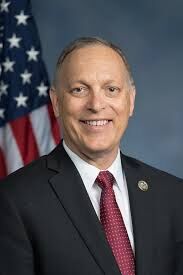 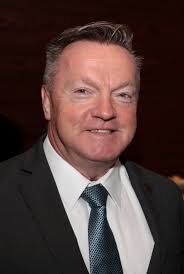 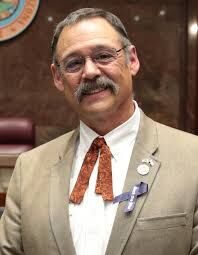 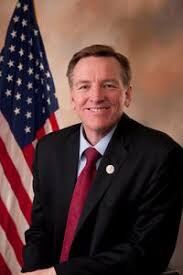 PHOENIX -- Eight Democratic state legislative leaders are asking the FBI and the Department of Justice to investigate four Arizona Republican officials over their role in the Jan. 6 riot where protesters breached Congress, resulting in five deaths.

In their letter, the Democrats say that state Rep. Mark Finchem of Oro Valley and now-former Rep. Anthony Kern of Glendale were present in Washington "and actively encouraged the mob, both before and during the attack on the the Capitol.'' And the pair, they said, "sought to conceal the consequences of their conduct by falsely blaming 'Antifa.' ''

The claims against GOP Congressmen Andy Biggs and Paul Gosar stem from a claim by Ali Alexander, who organized the "Stop the Steal'' movement, that he worked with them and Republican Congressman Mo Brooks from Alabama on the plan for the Jan 6. demonstration.

"We four schemed up of putting maximum pressure on Congress while they were voting,'' Alexander said in a now-deleted video on Periscope.

The Washington Post reported Alexander said the plan was to "change the hearts and minds of Republicans who were in that body, hearing our loud roar from outside.''

"They did all of this in public,'' wrote the eight Democrats, led by House Minority Leader Reginald Bolding of Laveen and Rebecca Rios of Phoenix, his Senate counterpart. "What they did outside of plain view we do not yet know.''

But they said there is "evidence''that the four "encouraged, facilitated, participated and possibly helped plan this anti-democratic insurrection on January 6.''

"It is vital to any current or future federal investigations, and ultimately to the Arizona public they represent, that we learn what these elected officials knew about this planned insurrection and when they knew it,'' they wrote.

None of the four responded to requests for comment.

But Biggs, in a statement by an aide to The Washington Post, denied ever having been in contact with Alexander, "let along working with him to organize some part of a planned protest.''

Nothing in the letter provides any evidence that either Finchem or Kern, who were in Washington, actually were involved in trespassing at the Capitol. And Biggs and Gosar were inside during the session.

Nor is there anything specific saying that they were part of any plan to breach the Capitol.

But the Democrats say that some of the people in Washington were clearly there with something more than peaceful protests.

"Many in the mob wore military or police tactical gear and carried zip-tie restraints, signaling a high level of preparation and coordination for the events that occurred,'' they said.

More to the point, they are suggesting that, at the very least, it was the actions and rhetoric of the four Arizona lawmakers -- and potentially others -- that led to what happened.

"For weeks prior to the breach, as group of Republican Arizona legislators and legislators-elect publicly advocated for the overthrow of the election results which encouraged precisely the kind of violent conduct that we witnessed,'' they said.

Finchem in particular sought to get people to the rally.

On Twitter, he promoted the 9 a.m. speech by the president on The Ellipse, followed by the 1 p.m. demonstration at the Capitol building.

The day before the riot he sent out a picture of himself "holding the line in D.C.''

And in a separate post he asked whether the country will become "a republic in name only, or will we as a nation governed through consent of the governed realize our full potential, fighting off those who would pervert our national design?''

During the rally -- before there were disturbances -- Finchem msent out a picture of people on the steps of the Capitol saying this is "what happens when the people feel they have been ignored, and Congress refuses to acknowledge rampant fraud.''

Then as people began breaking into buildings, Finchem sent out another post of a photo of the melee -- but with a caption, "Trump supporters stop Antifa from breaking into Capitol.''

Finchem in particular has adopted a stance since the riot that none of this was the fault of supporters of the president or those who were pushing Congress to overturn the election returns but of left-wing agitators despite numerous reports rejecting that narrative.

Capitol Media Services asked Finchem on Monday what credible evidence he has to back his claims.

"Try then Capitol police and the FBI,'' he responded.

But the FBI itself has rejected the whole idea.

At a press briefing late last week, a reporter asked if Antifa activists had disguised themselves as Trump supporters during the riot.

"We have no indication of that at this time,''' said Steven D'Antuono, the Washington field office assistant director.

And Michael Sherwin, acting U.S. Attorney for the District of Columbia also said he saw no evidence Antifa was involved in the riot.

In fact the Washington Times, a conservative publication that had promoted the idea of Antifa, removed an article it had written claiming that a company that does facial recognition through software had identified Antifa members as infiltrating Trump supporters who stormed the Capitol.