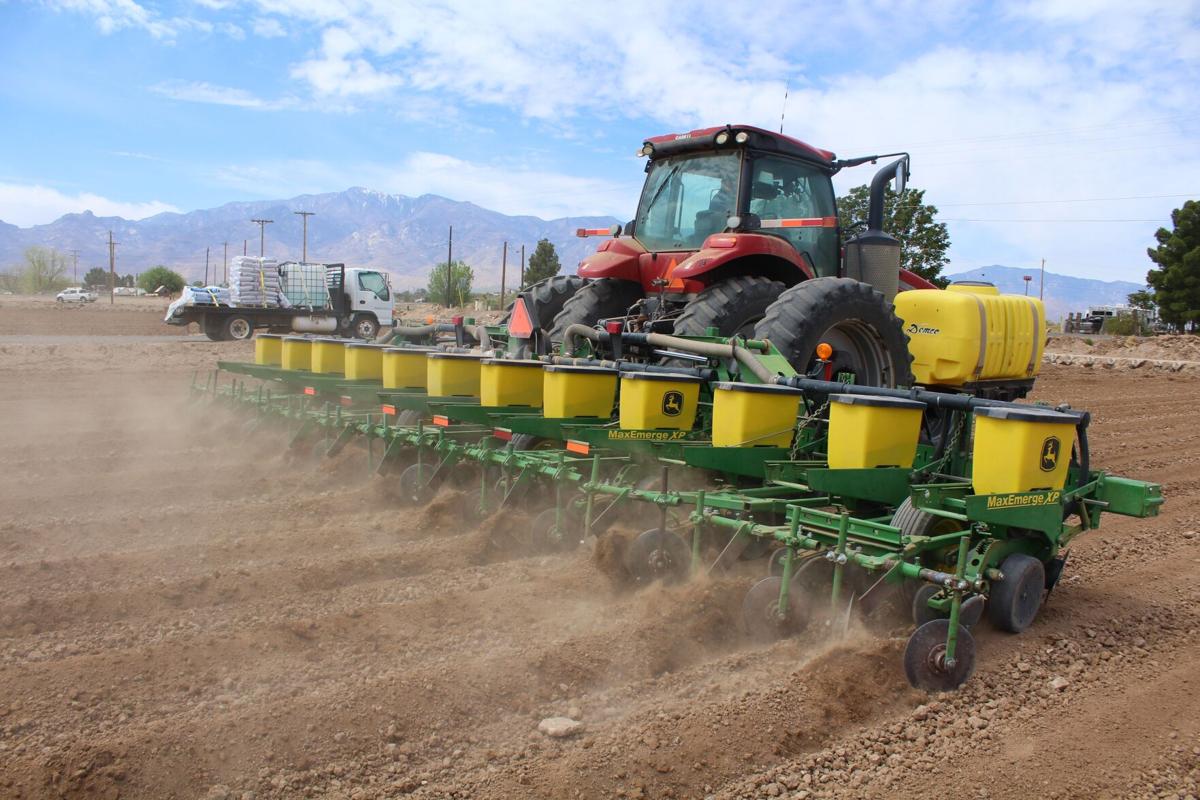 This tractor was planting purple cotton seeds on Friday morning in Central. 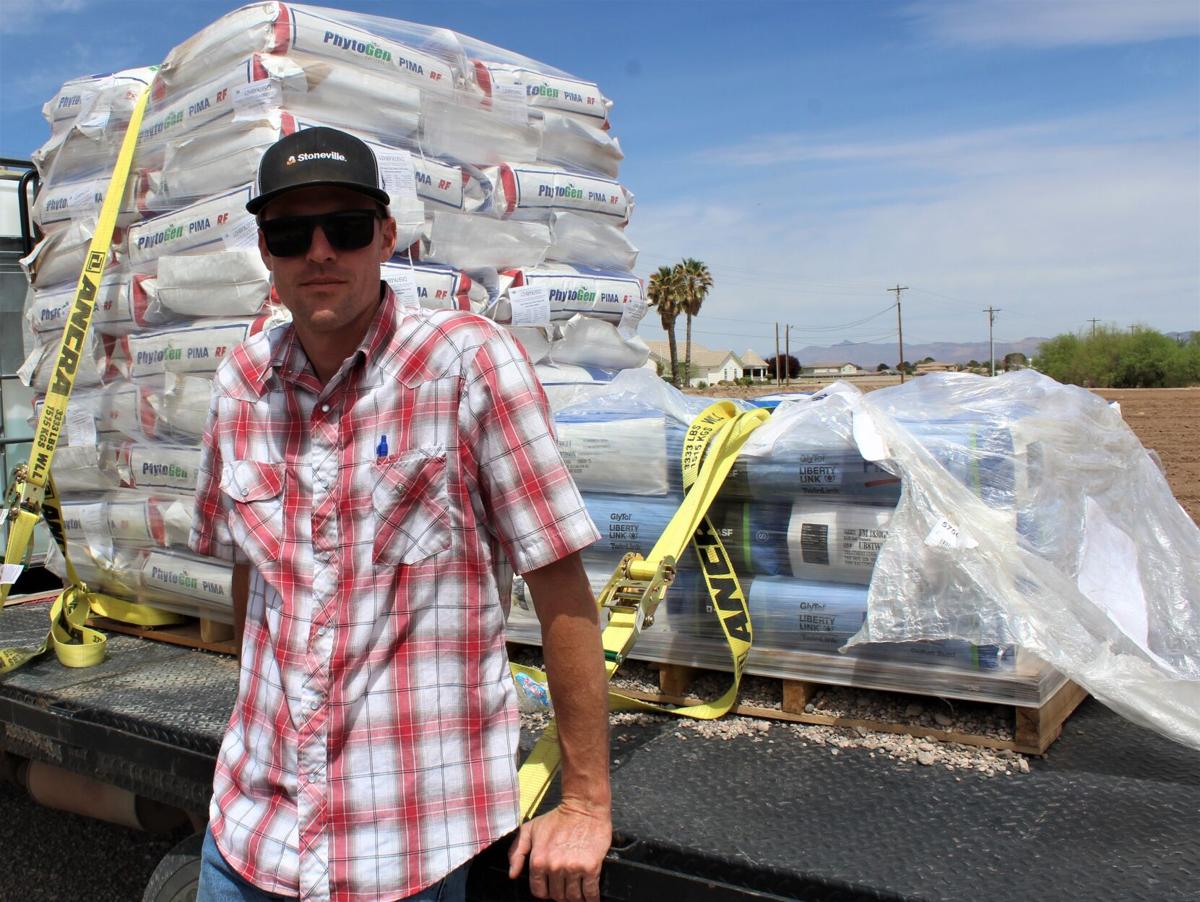 Graham County organic cotton farmer, Sam Daley, leans up against a trailer with bags of cotton seed piled on it.

This tractor is driven by a farmer, but led by a GPS navigating system, ensuring the rows are straight. 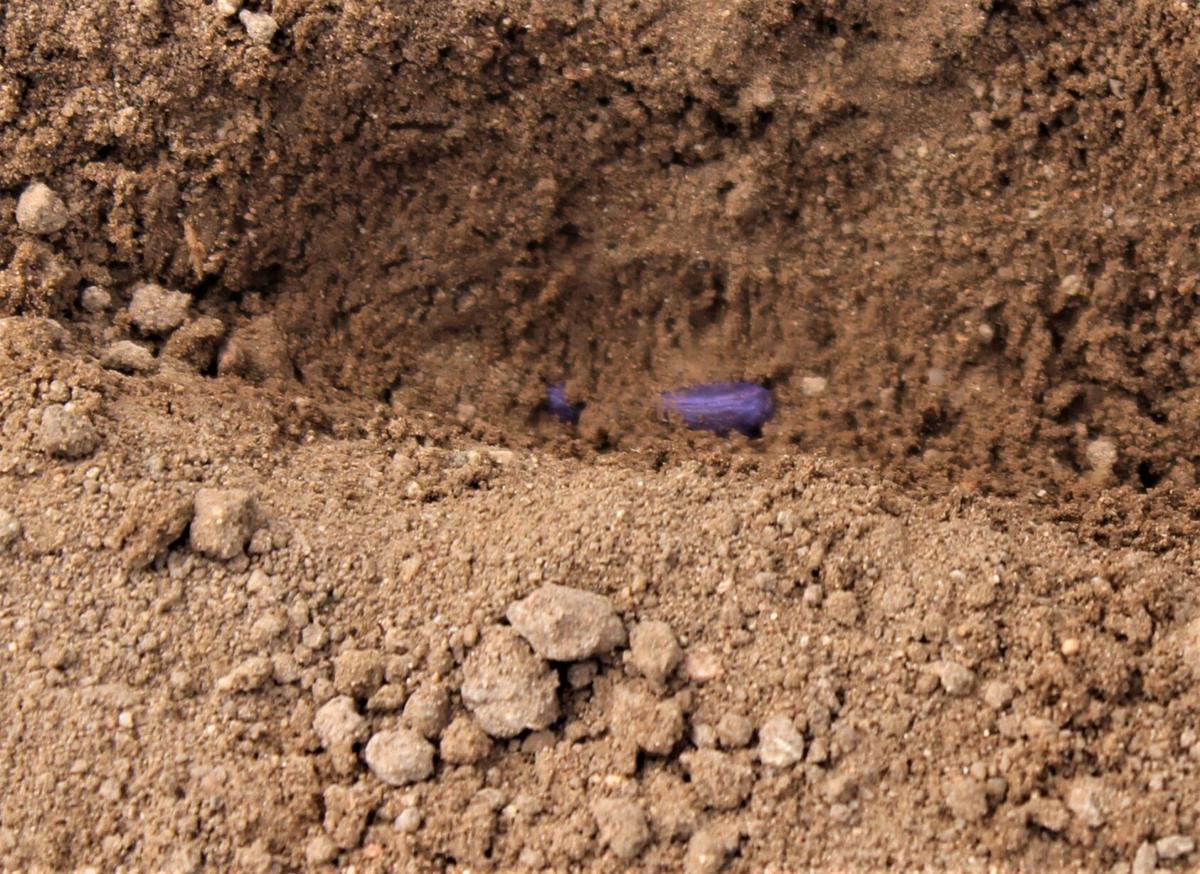 This purple cotton seed was planted Friday morning into moist dirt. The seed won't be watered again for another three weeks. 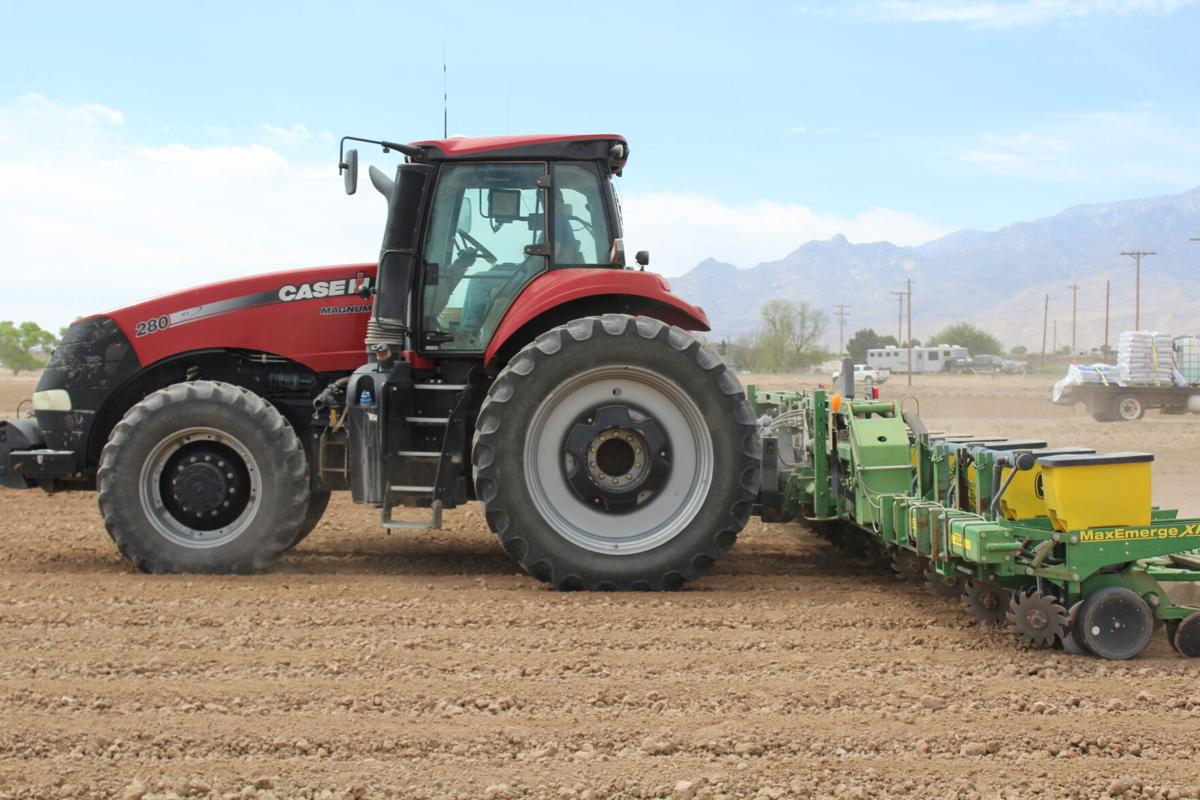 This tractor is planting cotton seeds.

This tractor was planting purple cotton seeds on Friday morning in Central.

Graham County organic cotton farmer, Sam Daley, leans up against a trailer with bags of cotton seed piled on it.

This tractor is driven by a farmer, but led by a GPS navigating system, ensuring the rows are straight.

This purple cotton seed was planted Friday morning into moist dirt. The seed won't be watered again for another three weeks.

This tractor is planting cotton seeds.

Sam Daley, a fifth-generation Graham County cotton farmer, is trying something different from those who came before him.

Daley started growing organic cotton last year and has decided to double his production this year due to the value of the crop.

Daley, who planted several fields last week, thinks he may be the only organic cotton farmer in Graham and Greenlee counties.

Over a year ago he was on an agricultural producer’s tour to Texas and to North Carolina. While on tour, he saw farmers who had produced organic cotton and it piqued his interest. He then started reading up on the process.

“We proved to ourselves that we could do it last year. Last year we planted 100 acres. This year we’re planting 200 acres,” he said.

Although he feels other cotton farmers in the area will probably start growing organic cotton soon, Daley said some may have held off because there are multiple restrictions in place.

Organic cotton must be planted in a field where pesticides haven’t been used for three years and he was only able to do so because of the ongoing drought.

“Last year, we had fields that had been laid out for three years, so we were able to do it right away. We were able to get right into the organic stuff. Last year it was very successful. ” he said. “So we’ll do quite a bit of organic.”

Randy Norton, resident director at the Safford Agricultural Center at the University of Arizona, said 20 years ago organic cotton would not have been possible in Graham or Greenlee county. The pink bollworm had infested almost every single field in Graham County and caused massive crop death, he said.

The worm would eat the fruit of the cotton plant, destroying the cotton.

In desperation, cotton farmers sprayed pesticides 10 to 12 times a season. By genetically altering the cotton crop and enhancing a gene in the cotton that would be toxic to the worm, the worm was eradicated from the state. Now the farmers don’t have to spray pesticides nearly as much.

It had been a major pest in Arizona seemingly forever. But in October of 2018, the USDA issued a statement that the pest had been eradicated from the state of Arizona, allowing farmers like Daley to grow organic crops without spraying pesticides, said Norton.

Plant growth regulators are chemicals which stunt the cotton to keep the plant smaller. Smaller plants put more effort into growing cotton and not so much into growing taller stalks. Instead of using chemicals, Daley said he alters his watering schedule to stunt his plants and to get them to produce instead of grow taller.

Weeds are a constant issue for him, Daley said. Last year, he hired a crew of teenagers who wanted a summer job to weed his fields.

Farmers in hotter areas can’t grow organic cotton because of the length of time it would take for a hard frost.

While the growing process is different, Daley said the seeds cost the same and the cotton gin process is very similar to regular cotton.

Organic cotton is in demand

Although the cotton market is always in flux, Norton said the organic cotton monetary yield can be substantial. Right now, Pima Cotton, which is grown in Graham County, is sold on the open market for $1.50 a pound. Lately, Norton has heard of organic contracts being double that.

According to the 2020 Organic Cotton Market Report, there has been an increase of 31% in organic cotton production over 2019. This increase made organic cotton the second-largest harvest on record after 2009-2010.

The higher price of organic isn’t the only reason Daley decided to plant organic cotton.

“The Gila Valley is unique. Most agricultural places, they farm a lot of different crops. They’re diversified. Because of our distance from the I-10 or from markets, we don’t have those options. We don’t do potatoes, lettuce. Because we’re only cotton and sometimes hay, we just need other things to mix it up. Organic isn’t a huge mix up, but it’s a little bit diversified.”