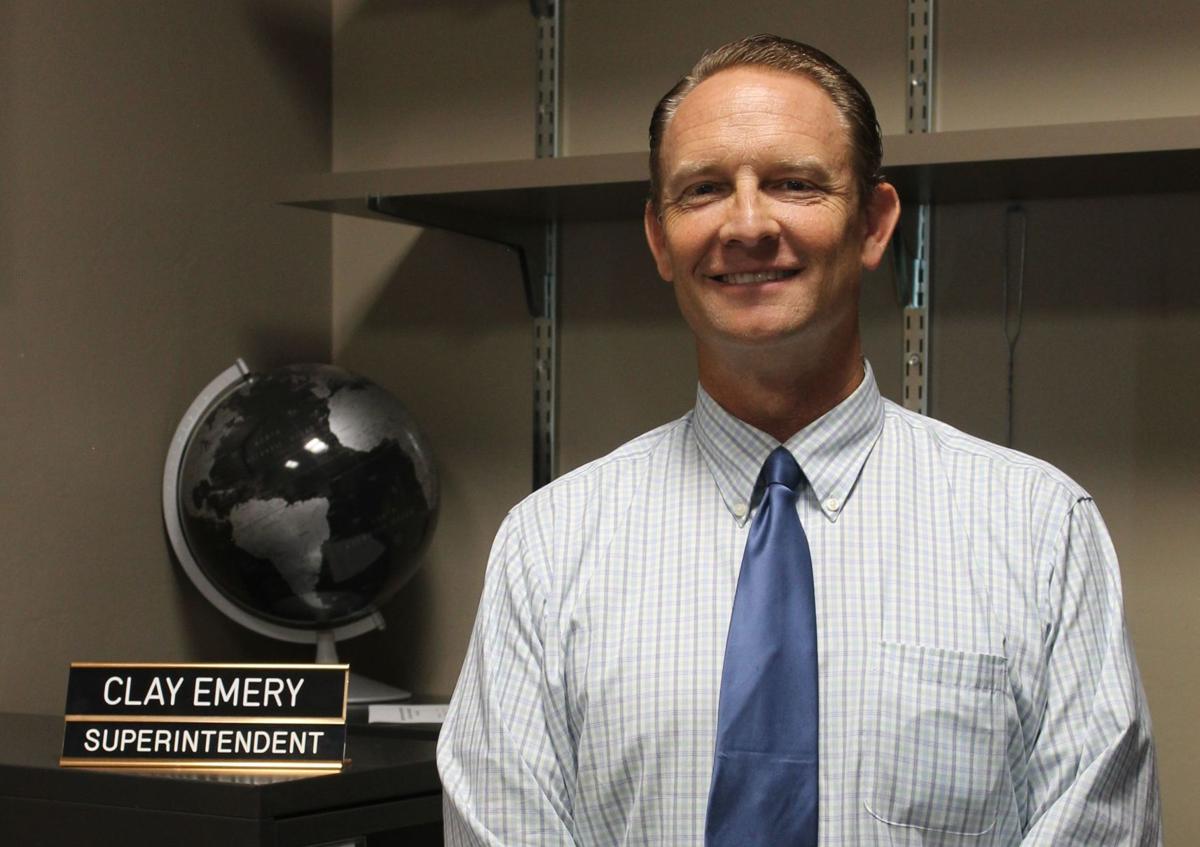 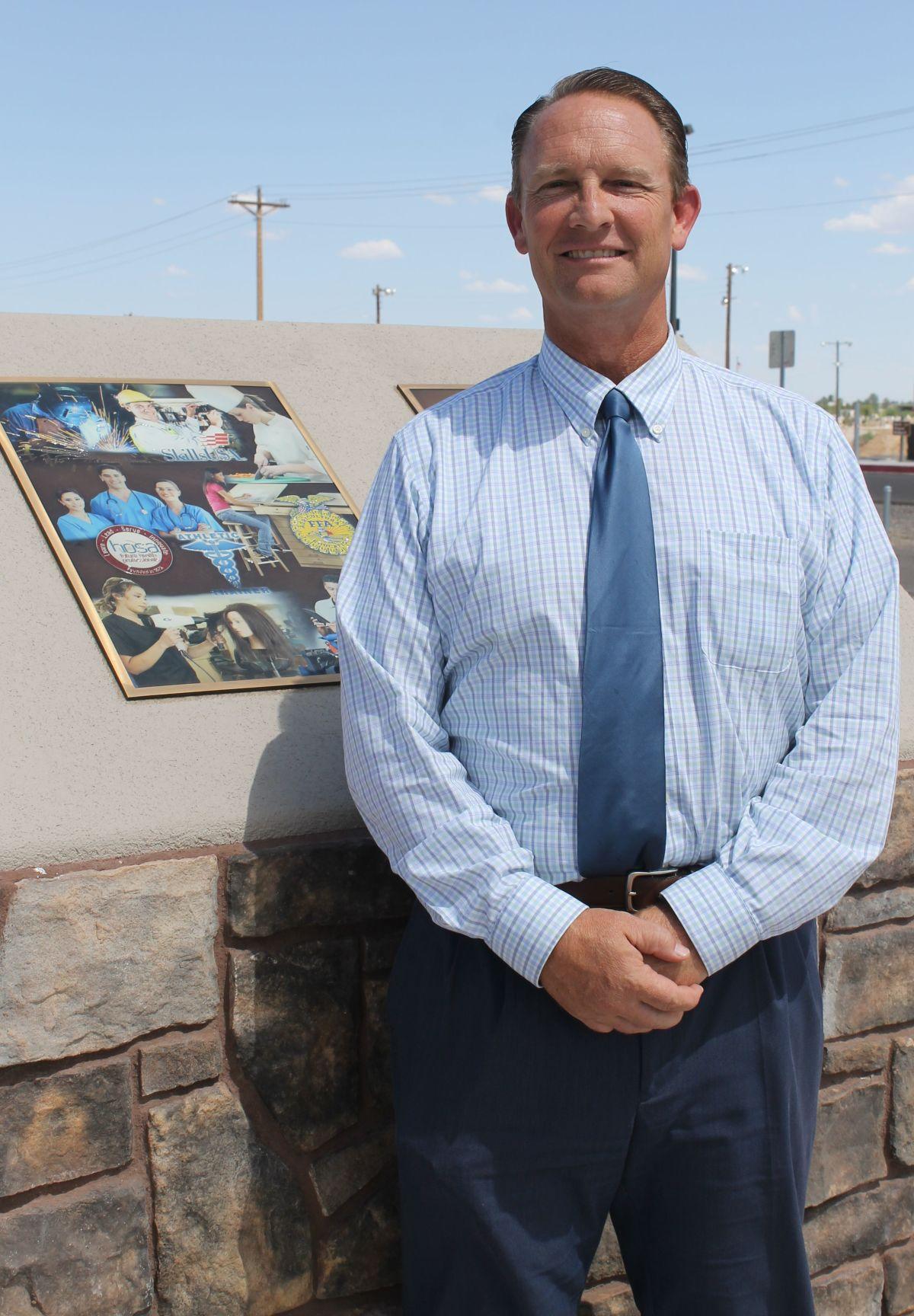 New Gila Institute for Technology Superintendent Clay Emery was majoring in pre-med when he found a new career path during a church mission.

It was on that two-year mission, to Guatemala, that Emery fell in love with teaching.

“You spend a lot of time teaching people, so instead of working on people from a medicinal standpoint I wanted to help them in a different way. I’ve been in education for about 20 years and loved every minute of it.”

For the last 13 years Emery, a Safford native, has been the principal at Safford Middle School. He was hired to take the reins from GIFT Superintendent Troy Thygerson in late April and officially started July 1.

Emery said Thygerson helped show him the ropes before leaving.

“He spent time trying to brief me as much as possible so I could at least hit the ground with some momentum.”

Emery spent three semesters at Eastern Arizona College, where he majored in pre-med and played football for the Gila Monsters. After finding his new calling in education, he went to Southern Utah University in Cedar City. He earned political science and foreign languages degrees, and a teaching certificate.

Moving to southern California, Emery taught high school Spanish and social studies in the desert town of Lancaster for six years. Then it was on to Ridgecrest, 100 miles farther north, where Emery worked as an administrator.

In 2007 Emery returned to his hometown, settling in at Safford Middle School. “The boomerang just got me and I wanted to come back and raise my family here,” he said.

“I was somewhat familiar with GIFT just from working in the area,” he said.

“GIFT is its own school district. I think many people misunderstand it as part of Eastern Arizona College, that somehow it’s under their umbrella, and that’s only partially true. I’s a partner with the college.”

The institute offers 10th through 12th grade students a chance to become certified in a trade. The central campus is at Eastern Arizona College.

“The brilliance of GIFT’s creation is that they created a partnership with Eastern Arizona College, where the students who go to central campus receive college credits at the same time they’re receiving credit toward their certificates,” Emery said.

“If they’ve done it the right way, they can graduate from high school with some sort of certification that will lead them to a career.”

GIFT receives state funding like any other school district and the district pays for students’ tuition and books.

GIFT also partners with seven school districts in Graham and Greenlee counties, supporting them with their career technical education classes.

Like every other school district, GIFT has had to adjust to COVID-19 and is looking ahead to reopening.

“Obviously we would need to abide by whatever plans they’ve set up. That’s one of the challenges, being aware of what everybody else is doing. If I’m at EAC I have to follow their rules; If I’m at Morenci High School I need to follow their protocol,” Emery said.

“I’ve already met with the superintendents of the other districts and President Haynie [EAC President Todd Haynie]. They’ve all been on top of things and have extremely well-developed plans to reopen. The only thing I have to worry about here is the reopening plan for this building, because everything else is on somebody else’s campus.

“Our plan to reopen is a living plan just like everybody else’s because things are constantly changing. We’re trying to follow everything the federal, state and county governments have asked. We’re anxious to get school started like everybody else.

“We don’t normally teach classes in this building and rarely have gatherings of any size. We have a board meeting once a month, which usually isn’t too large. We’re already social distancing here; only four of us work in the building and we each have our own little corner.”

When it comes to giving students their textbooks, GIFT is turning to a drive-through process with staff wearing personal protective equipment.

Asked about his plans for the district, Emery said, “We want to maintain what we’re doing and do it better. Troy and GIFT have done a phenomenal job. They’ve grown the program from about 100-150 students in its first year to over 1,300.

“There’s always a teacher shortage in the Gila Valley, and so something I’d started working on in Safford schools that I want to grow is a program for aspiring teachers called Ed Professions. Right now a couple of sections are being taught at Safford High School, but I believe there’s a greater need. Students who finish that program can already be licensed to be paraprofessionals in classrooms, so they can work while they finish their degrees.

“I also see a need for more mental health professionals; just working with kids, I see that. I think that’s becoming more and more of an issue. There are programs in career technical education for that in other Arizona districts but we’re not doing it here yet.

“We can also offer coursework to students or former students that have dropped out of high school, until they turn 22. That’s another thing that’s not very well known about this program. The easiest way to join would be to call us. Students can also walk through our door; we’re open Monday through Thursday in the summer.

“We have a website, giftjted.org, and a Facebook page. I’m exploring ways to increase our social media presence and looking to be more proactive in reaching out and contacting people.

“I’m really excited, and grateful to the board and community for giving me this opportunity. The thing I love the most is I’ll be able to work with every school district and help kids in both Graham and Greenlee County.”