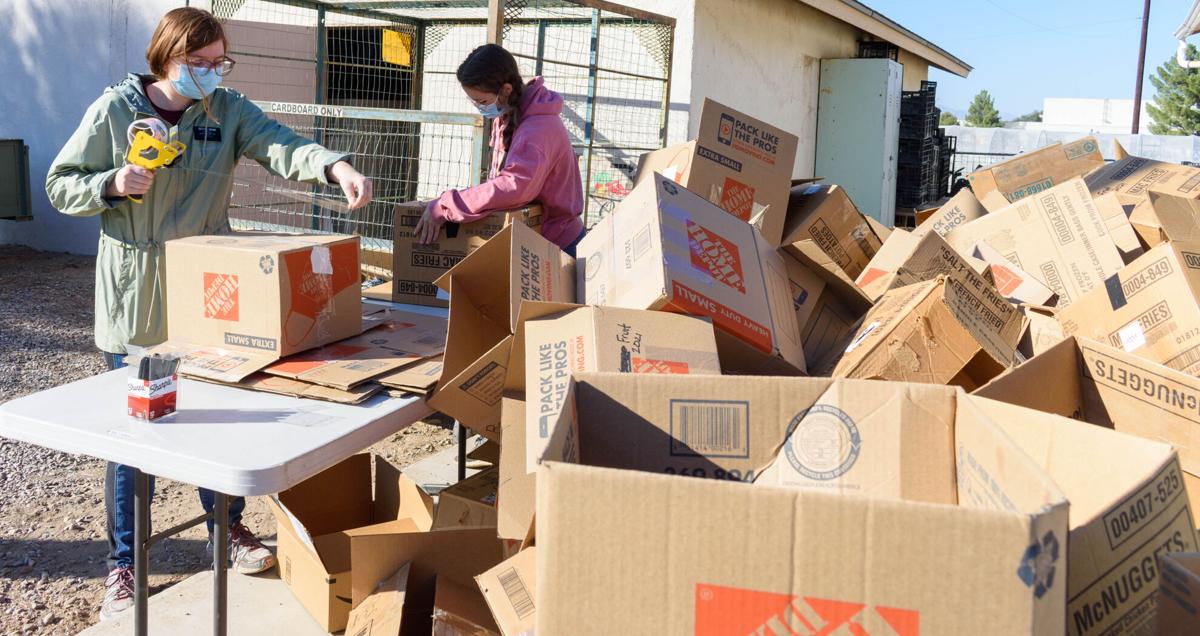 An army of volunteers showed up at Our Neighbors Farm and Pantry Thursday to help accept more than 15,000 pounds of donated food. 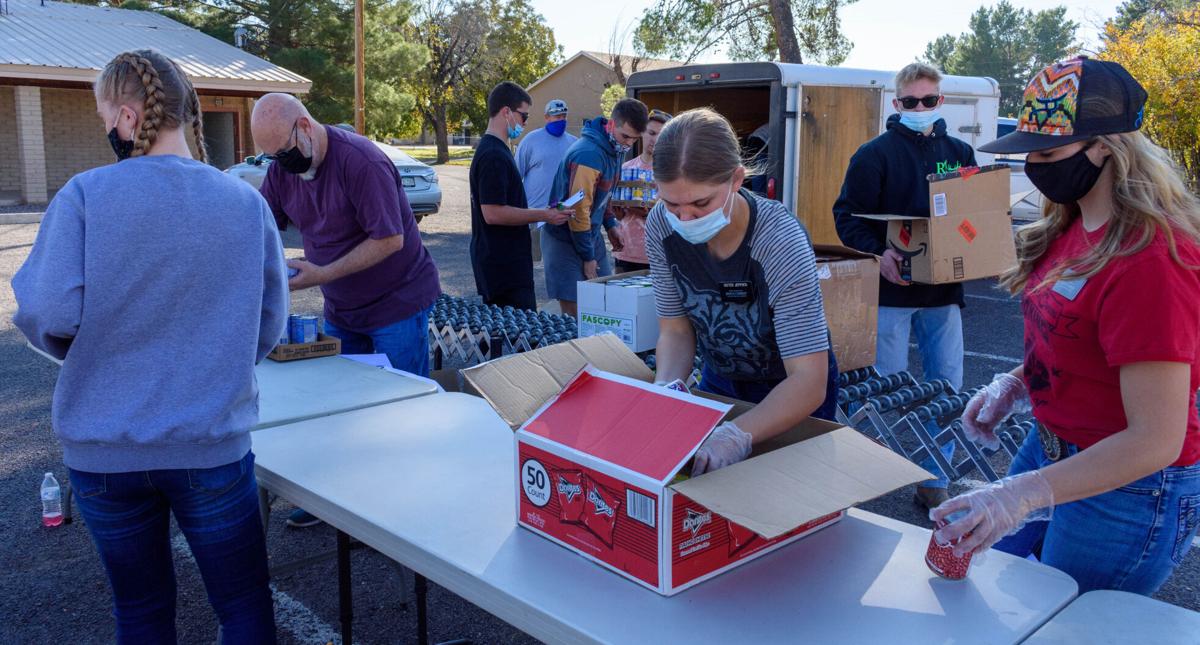 An army of volunteers showed up at Our Neighbors Farm and Pantry Thursday to help accept more than 15,000 pounds of donated food.

Thanks to Gila Valley elementary school children, Our Neighbors Farm and Pantry received enough canned goods Thursday to make it through an entire year.

Regardless, Scarce said she was thrilled with the level of participation this year. In addition to tons of canned goods, the pantry received quite a bit of non-perishable foods, such as cereals, peanut butter and pre-packaged foods.

She was also pleased with all of the volunteers who came to help Thursday.

As it turns out, the food drive collection was delivered during the pantry’s bi-weekly distribution and the same day the pantry was providing families with Thanksgiving Day meals. They worked from 7:30 a.m. to 5:30 p.m.

The pantry had its typical volunteers helping out, but those volunteers also brought family and friends, Scarce said. There were also brand new volunteers on hand and missionaries from The Church of Jesus Christ of Latter-day Saints.

The missionaries saved a lot of the older volunteers’ backs, Scarce said.

“They are always so, so helpful,” Scarce said. “They are the only reason we were able to do this in one day. We were really thankful to have everyone out there.”

One hundred turkey dinners were handed out, Scarce said.

During the week of Nov. 16, 153 people received assistance from the pantry; typically 100 people are served in the week leading up to Thanksgiving, she said.