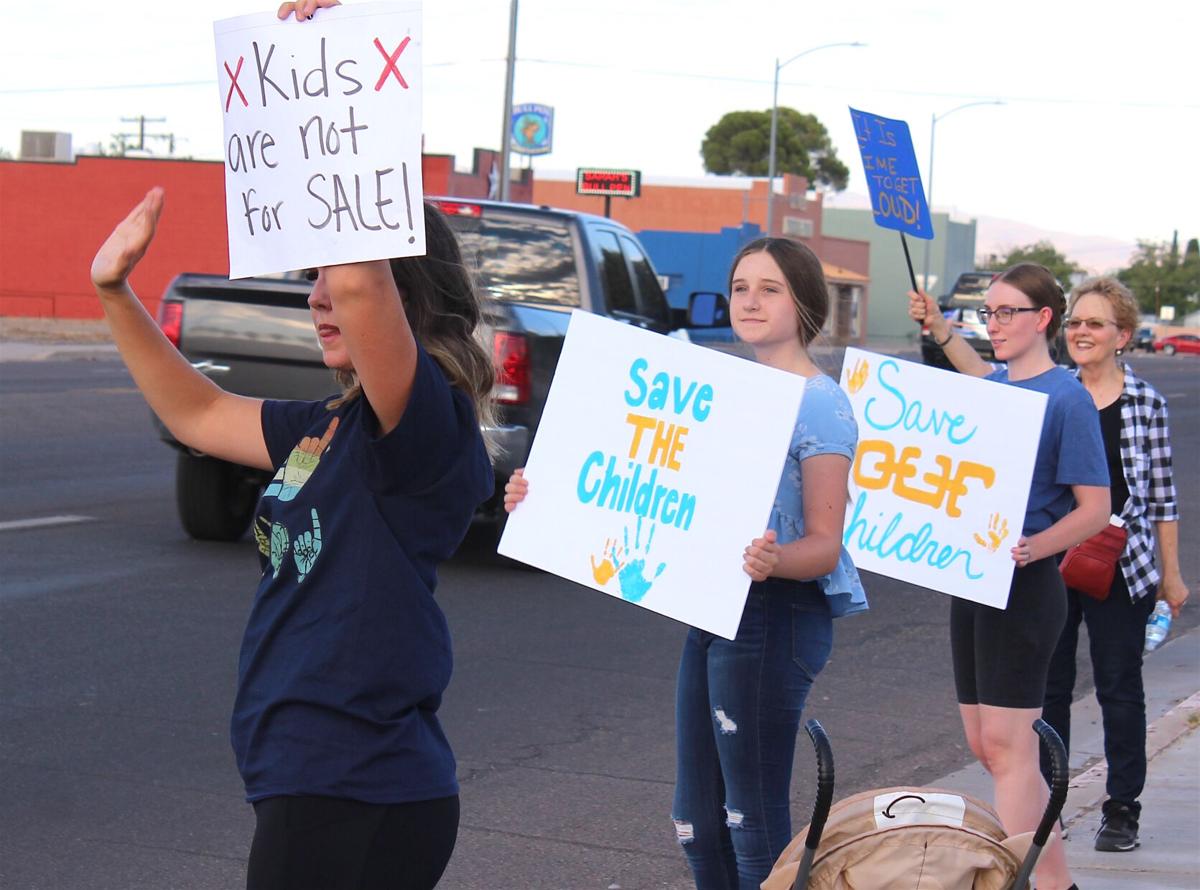 Salley Evans, Hannah Jensen, Samantha Jensen and Jan Saline, from left, demonstrated against human trafficking on Thursday night outside of the Graham County Chamber of Commerce. 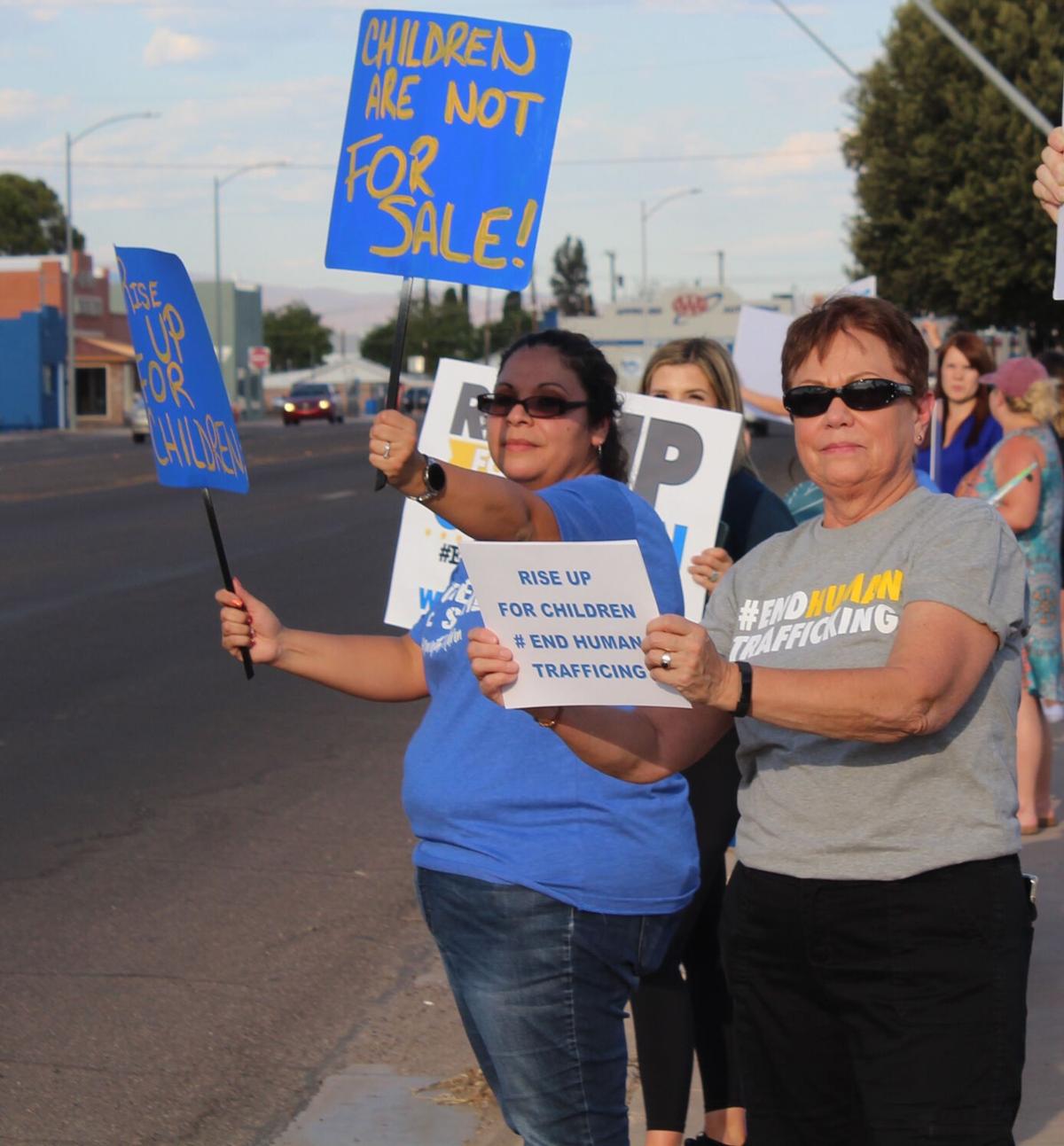 Vesta Metzger, forefront, holds her sign up to draw awareness to human trafficking on Thursday outside of the Graham County Chamber of Commerce. 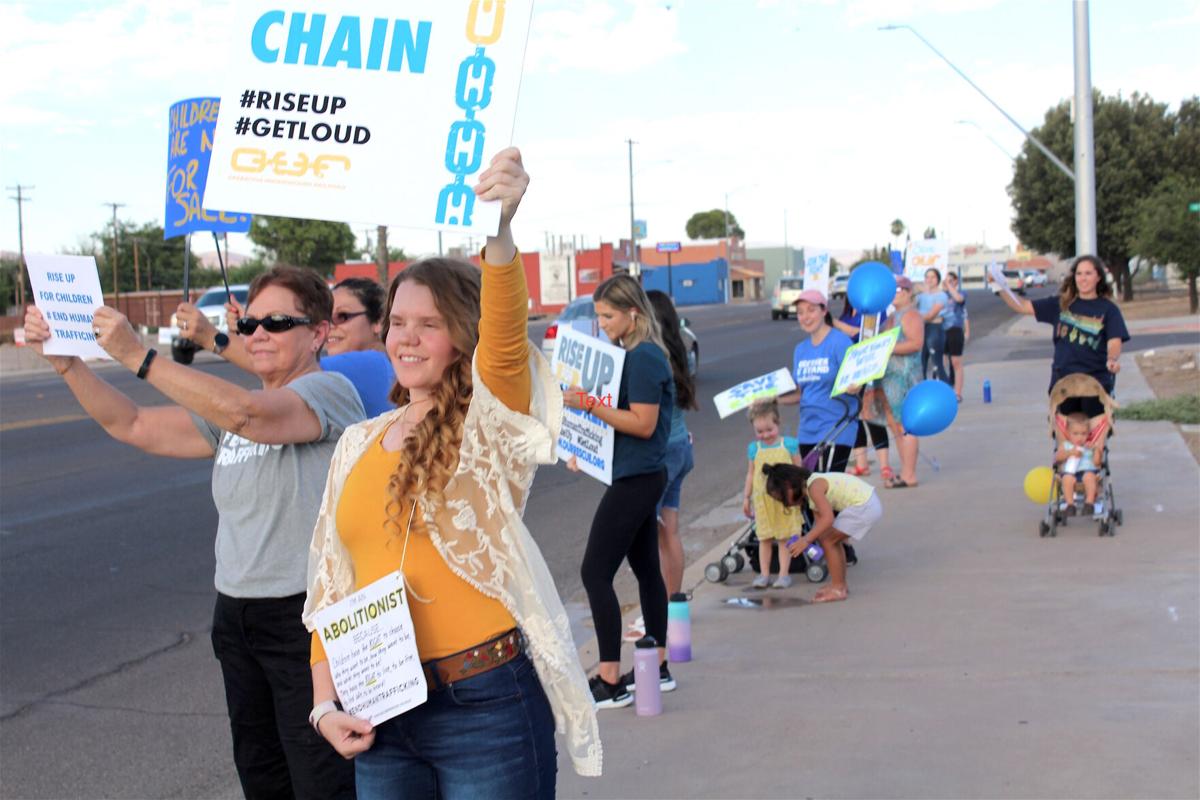 Salley Evans, Hannah Jensen, Samantha Jensen and Jan Saline, from left, demonstrated against human trafficking on Thursday night outside of the Graham County Chamber of Commerce.

Vesta Metzger, forefront, holds her sign up to draw awareness to human trafficking on Thursday outside of the Graham County Chamber of Commerce.

According to National Human Trafficking Hotline statistics, there have been 1,204 total cases of human trafficking in Arizona since 2007.

On Thursday evening, more than a dozen Gila Valley residents gathered outside the Graham County Chamber of Commerce to bring awareness to the issue.

Since 2007, more than 49,000 cases of human trafficking in the US have been reported to the National Human Trafficking Hotline, which receives an average of 150 calls per day.

According to the hotline, “human trafficking is a form of modern-day slavery. This crime occurs when a trafficker uses force, fraud or coercion to control another person for the purpose of engaging in commercial sex acts or soliciting labor or services against his/her will. Force, fraud, or coercion need not be present if the individual engaging in commercial sex is under 18 years of age.”

The U.S. Department of Justice reports that more than 300,000 U.S. children are at risk of being sexually exploited because they are emotionally vulnerable, runaways, molestation victims, domestic violence victims or substance abusers.

Michelle Webster organized the demonstration outside of the chamber through the Operation Underground Railroad, a nonprofit organization dedicated to rescuing victims. Although she is not a victim of human trafficking, and she doesn’t know anyone who has been, she still felt the need to increase public awareness.

“I decided to organize this awareness event because, as a parent, we need to be aware of what is happening in the world, especially with children because if it is happening to other children it can potentially happen to ours,” she said.

Local law enforcement authorities acknowledge trafficking is an issue, but said their agencies have not had any cases reported locally.

“Most missing kids we find around here are runaways and at their friends house. We haven’t had a human trafficking case,” said Pima Police Chief Diane Cauthen.

Their interest in the subject helped Webster move from her comfort zone and organize the demonstration.

“I have honestly learned so much. After I signed up to volunteer at OURrescue.org I took a training course which is open for anyone to take on the website. It is about an hour long but there is so much information that I didn’t know,” Webster said.

Another demonstration was set up for the Centennial Park in Duncan on Friday.

“I just want to support this because I have kids of my own,” said Salley Evans, while she stood outside the chamber Thursday.

“As a nurse I am a mandated reporter, and I feel it’s important for us to know the signs. It’s important. I did the course through the Underground Railroad,” Jensen said.

To report to law enforcement: