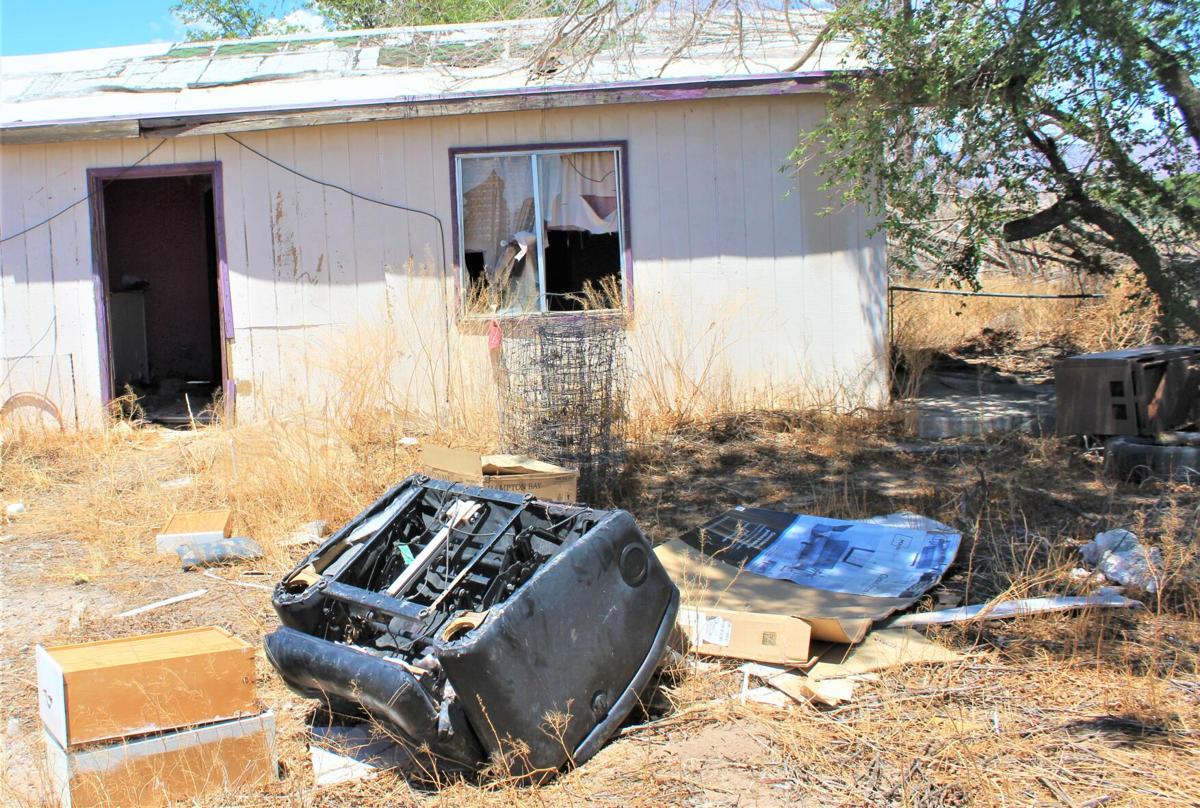 This home, located on Hollywood Road outside of Safford, stands empty with trash littered in front of it. 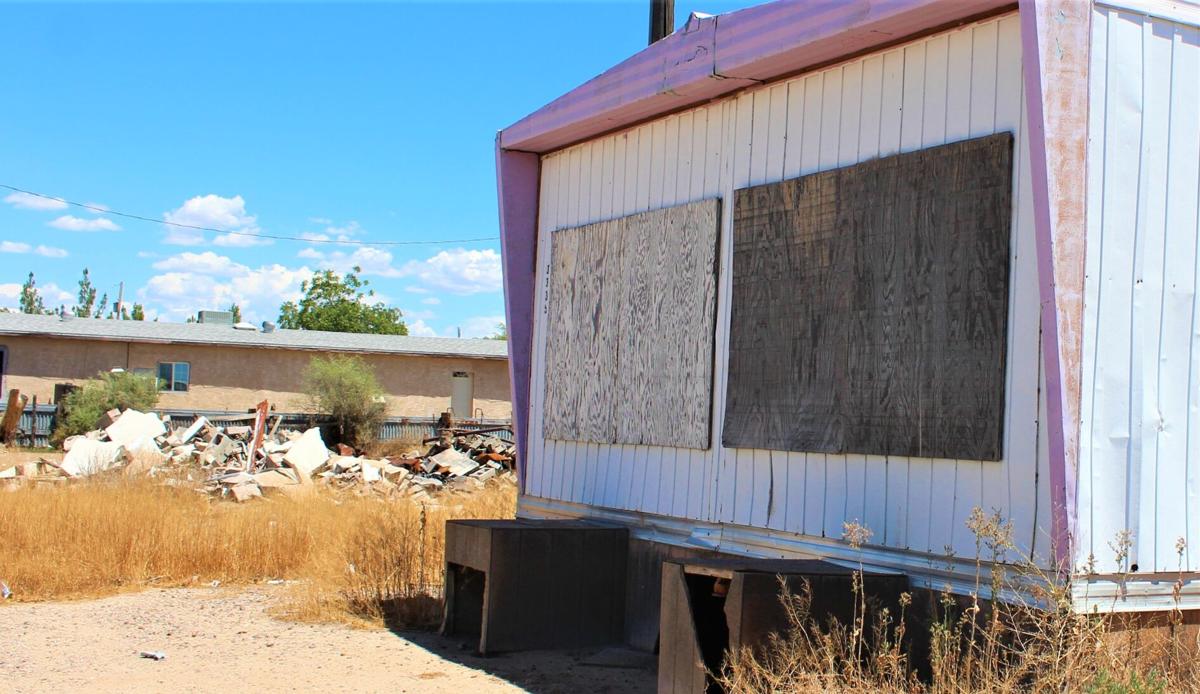 This boarded up mobile home is located in Pima, across the street from the high school building on Main Street and 200 South. The remnants of a demolished house sits next to it.

This home, located on Hollywood Road outside of Safford, stands empty with trash littered in front of it.

This boarded up mobile home is located in Pima, across the street from the high school building on Main Street and 200 South. The remnants of a demolished house sits next to it.

We’ve all seen them. Uninhabitable homes with trash piling up outside, creating an unsightly burden for nearby neighbors and passersby.

Graham County and the Town of Pima have been working for years to clean up their communities, each going about it a bit differently.

Pima Town Manager Sean Lewis said the community of Pima has burned down roughly 36 dilapidated homes over the past three years.

Pima’s volunteer firefighters get to practice their skills and the landowners are able to have their properties cleared for less cost, making them easier to sell, Lewis said.

Pima works with a local contractor, Metal Mites recycling and a local excavating company to have the home demolished for under $1,000 after the firefighters do their work.

The landowners pick up that tab, Lewis said.

“We’re not charging a dime extra over what it costs to get it done,” said Lewis.

Of the 36 homes that have been demolished, roughly 20 were mobile homes.

“These mobile homes weren’t built to last 50 years. Maybe they were used for a rental for years and some were not installed correctly,” he said. “The vast majority of them were old or placed before there were building inspectors.”

There have been times when landowners have been unwilling to demolish or clean up their vacant homes because those costs would be equal to or exceed the value of the property, Lewis said.

Now those same landowners are taking advantage of the town’s help, selling their property and their former neighbors are seeing new homes pop up.

Steve McGaughey, planning and zoning director for Graham County, said the county deals with a lot of property owners who move and rent out their homes because they get new jobs out of the area. Sometimes those same homes later get abandoned.

“Absentee owners should never happen, but it does. It’s out of sight, out of mind. When it comes to absentee owners, somebody bought it, but they’re not here to see the shape it’s in. The majority of our problem children are absentee owners,” he said.

When a letter of complaint is filed with the county, the property is inspected and a letter is sent to the landowner.

In 2019, 33 notices were sent to landowners informing them that their property’s were in non-compliance of county land standards.

Since May 2019, landowners who fail to clean up their problems are provided a court date to appear before a hearing officer.

In 2019, 15 landowners who were referred to the hearing process, and 14 in 2018. The hearing officer, Judge Wyatt Palmer, can issue fines to property owners for noncompliance — anywhere from $250 to $500 — though the fines may be suspended if the property owner complies.

There is also a lien process for property owners who remain non-compliant.

The lien process estimates of the cost of cleanup and records it on the deed of the property, after which Graham County has authority to call for collection for the amount through Arizona Revised Statute 11-268, which states that the county has the right to abate the problem in “removal of rubbish, trash, weeds, filth, debris and dilapidated buildings.”

Within this statute, a property owner can be found guilty of a Class 1 misdemeanor if the violation is not remedied. The cost of cleanup will include the potential man hours needed and an estimate of the dumping fees.

Graham County Supervisor Paul David said hearings have slowed because of COVID-19. However, notices are still being sent to landowners. Palmer works with the land owners, David said, saying that attaining money out of fines is not the county’s aim.

“It’s up to the judge on the fines. We really don’t want to make any money on it, we just basically need the leverage of the fine to get them to respond. The last thing we want is some near-homeless person’s money, we just want them to clean up their place,” said David.

“I know three places that have been torn down because of complaints about bees taking over a house. School kids were walking by and the bus drop off area was nearby,” he said.

McGaughey doesn’t know how people can let their properties get to such a sad state of disrepair.

“I wish I had an answer,” McGaughey said. “Basically people need pride in ownership. But I don’t know how you instill that in people.”