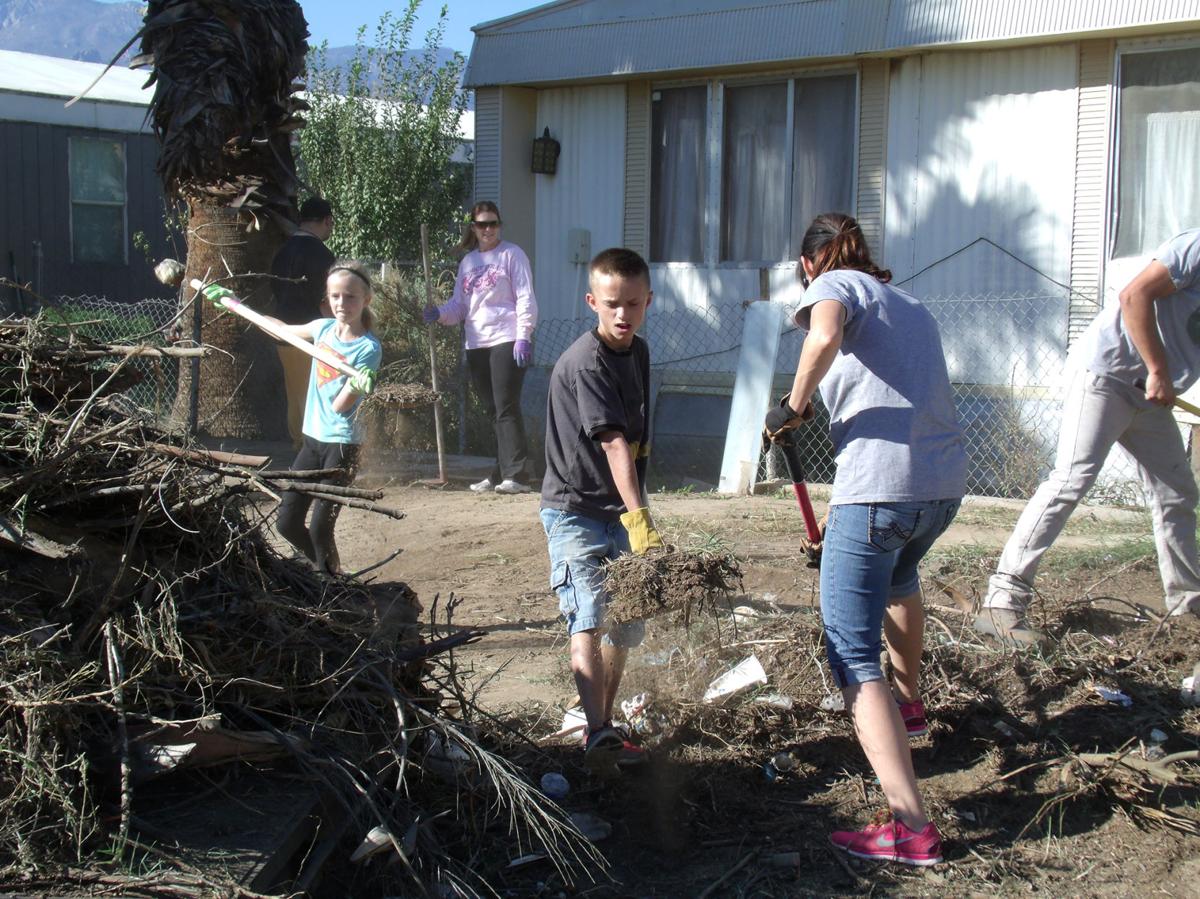 Residents pitched in to clean on Make a Difference Day in 2016. 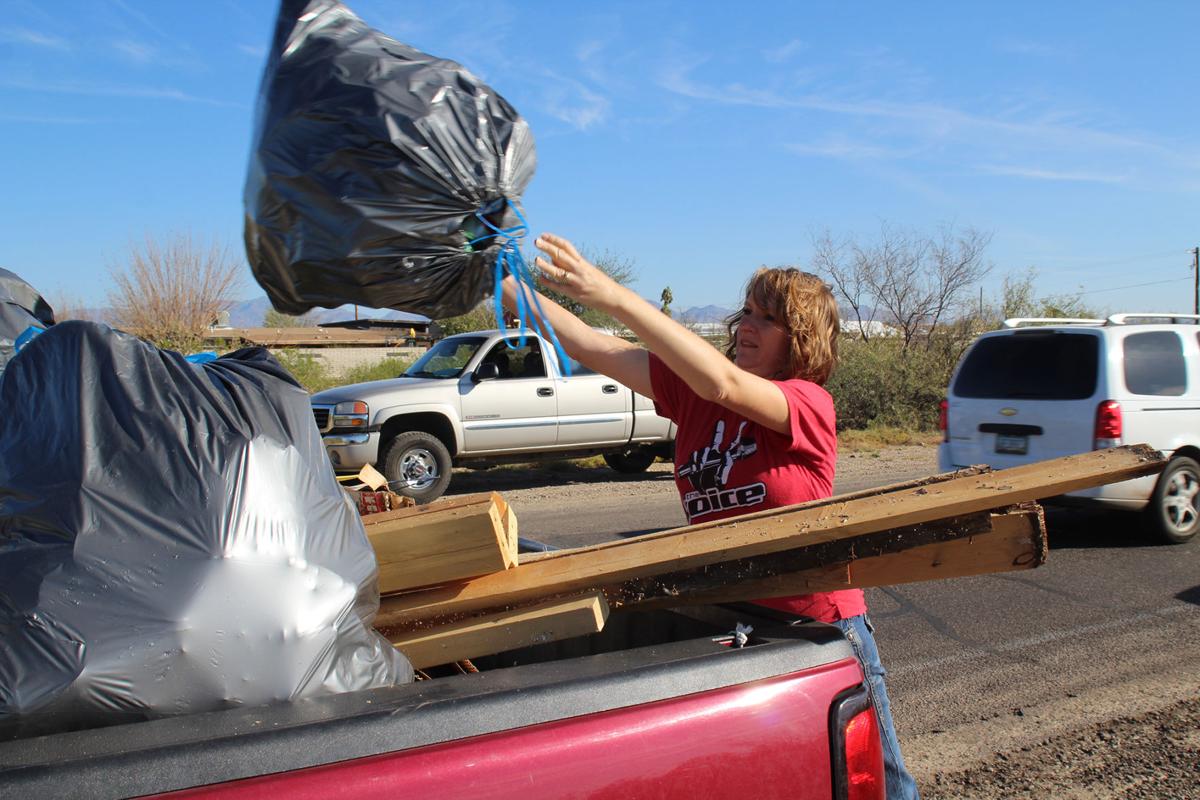 Tisha Bierman tosses a bag full of trash collected on the vacant lot at 26th Street and 14th Avenue in Safford. Bierman and her family joined with other families to clean the area as part of the 2017 Make A Difference Day.

Brenda Christensen and a group of workers cleared overgrown weeds and foliage near the Thatcher Splash Pad on Make A Difference Day in 2015.

Residents pitched in to clean on Make a Difference Day in 2016.

Tisha Bierman tosses a bag full of trash collected on the vacant lot at 26th Street and 14th Avenue in Safford. Bierman and her family joined with other families to clean the area as part of the 2017 Make A Difference Day.

Not only will dozens of residents be picking up trash, they’ll be painting over the graffiti that is currently marring alleyways in Safford’s downtown area during this year’s event, Oct. 24. South Eastern Arizona Clean and Beautiful Director Tim Linden said the City of Safford requested SEACAB’s assistance.

“We want to help when we can,” Linden said. “The City of Safford gets the releases from the businesses, the paint, and rollers as well as wire brushes if we need them, and SEACAB will be painting over it.”

Make a Difference Day was created in 1992 by USA WEEKEND magazine as a national day of community service. The day is still celebrated annually on the fourth Saturday in October.

Every year in the Gila Valley, families, students, and church groups have been picking up bags of trash in various designated cleanup areas and placing the trash bags in large Dumpsters to be taken to the landfill.

SEACAB founder Jay Rasco, along with Jon Stevens, decided the Gila Valley should participate in the national event back in 2013 and everyone immediately jumped on board.

Graham County Supervisor Danny Smith said the City of Safford, Town of Thatcher, as well as the Town of Pima were participants that first year, along with members of the Church of Jesus Christ of Latter-Day Saints Church and Metal Mite Recycling.

The volunteers target public lands as key areas of cleanup, but they have also organized volunteers to help local neighborhoods, Smith said. Graham County and the towns haul Dumpsters to and from the designated sites.

“When we have residents willing to work and clean up our county, that is right where we want to be, to provide assistance in any way we can,” Smith said. “If you would like to organize your neighbors to clean up your neighborhood please let us know.”

This year, Linden said roughly 30 people have signed up to volunteer, but he expects many more will participate. An illegal dump site in Pima is going to be targeted this year, as well as Thunderbird Estates outside of Safford, Glenn Meadows and an area outside Discovery Park.

Take out the trash

If you want to do some personal cleanup during Make a Difference Day weekend, the Safford landfill is allowing one free dump load per Graham County resident Oct. 22-Oct. 24 from 7:30 a.m. to 4 p.m.

Anyone interested in participating in this year’s cleanup can meet at 7 a.m. at the various designated meeting spaces.

Volunteers interested in painting over the graffiti in Safford and cleaning up the Glenn Meadows area will meet on the Safford City Hall lawn.

Anyone who wants to clean up areas around Thunderbird Estates should meet at the corner of Roadrunner and Cantle roads.

Pima volunteers can meet at the Pima rodeo arena.

Trash bags, gloves, and reflective vests will be provided.