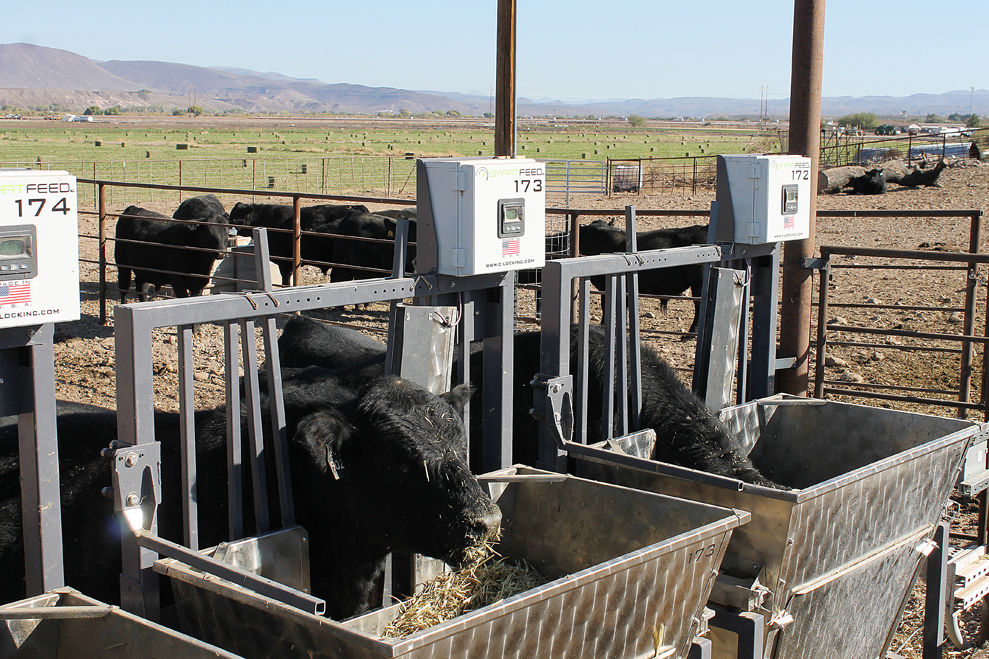 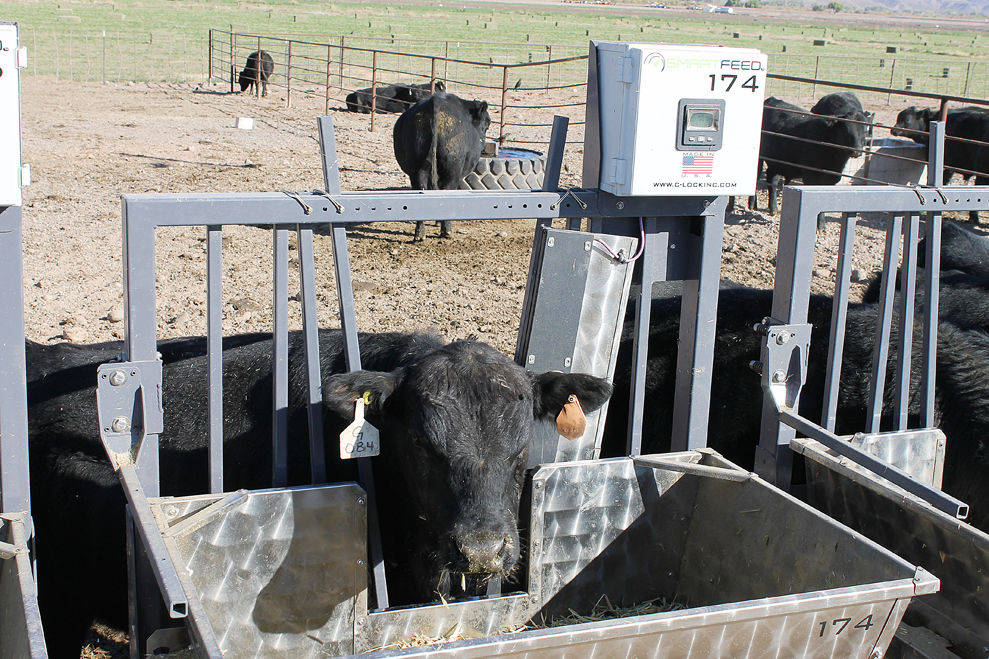 Cattle rancher Matt Herrington, center, takes time out for a photo with his son, McCoy, and father Mark.

That operation, the Southwest Bull Test, started this November 1 and accepts bulls from producers around Arizona and New Mexico. It employs SmartFeed systems created by C-Lock Inc., a South Dakota company founded in 2005, to measure how much feed the animals consume over a period of time.

“We weigh the bulls at the beginning of that time period and again at the end, so we know how much body weight they gain,” said rancher Matt Herrington. “The main goal is to be able to find out which bulls perform the best when put against each other.

“I grew up on this farm here; my dad (Mark Herrington) came here in the 1970s. When I got done with school — I studied animal science in Idaho and at New Mexico State University — I decided I wanted to bring some of the things I learned here to the Southwest. We decided to put in a bull development center and start the Southwest Bull Test operation here,” Herrington added.

Using stainless steel feed efficiency bunks and electronic RFID tags in the animals’ left ears, the system notes the weight of feed in a bunk when a bull lowers its head to eat and when it lifts its head again. Each bunk sits on load cells connected to a computer system, and the readings are sent wirelessly. “I can log in at any time and see how much weight is in each bunk, how much feed each bull has eaten that day, that week or for the entire time period,” said Herrington. “It will send me e-mail alerts if a bull’s not eating or if it looks like one of the bunks is not working correctly.

Those readings can identify which bulls gain the most weight on the least amount, an important factor for Southwestern ranchers. “A lot of cattle in our area graze rangelands that are pretty sparse with feed,” Herrington said. “Identifying bulls with this trait we call feed efficiency allows you to pass those genetics on to your herd. You can build a herd of animals that maintain and grow on less intake. That’s a big help when you have large areas with relatively small amounts of feed on them.”

Herrington said bulls from five or six producers were entered in the Southwest Bull Test, which can accommodate up to 75 animals, and would stay for approximately 120 days. He added that the center is unique in Arizona, being the state’s first SmartFeed user to allow animals from other producers.

For those interested in seeing and learning more about the operation, the Southwest Bull Test will have a grand opening, including a tour, on Saturday, Dec. 14, at 9 a.m. For more information, call 928-322-5841.