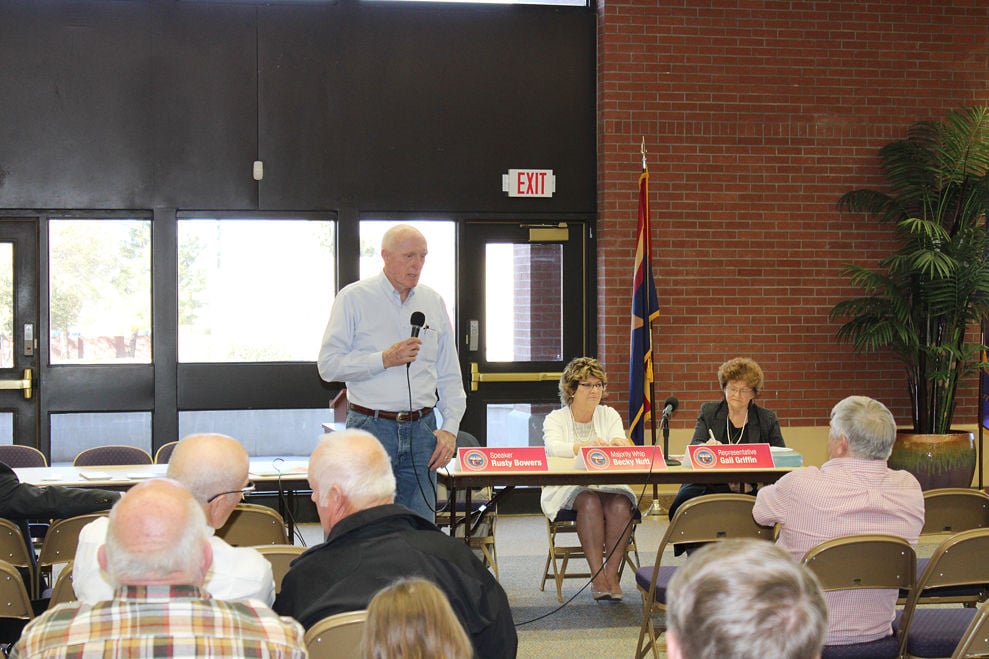 House Speaker Rusty Bowers speaks to the crowd gathered at EAC for a hearing on water Saturday. 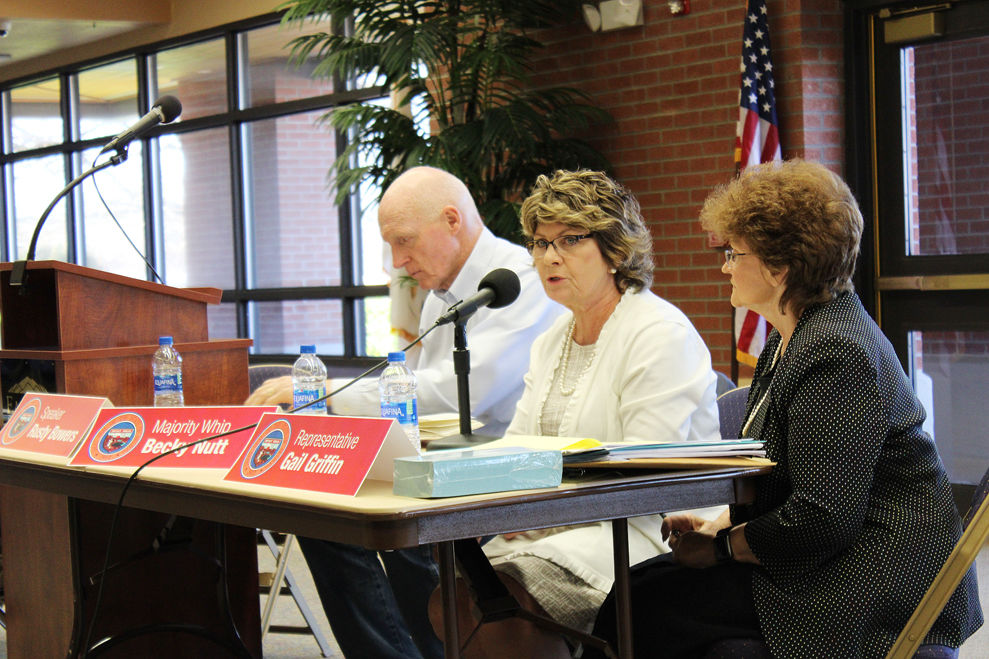 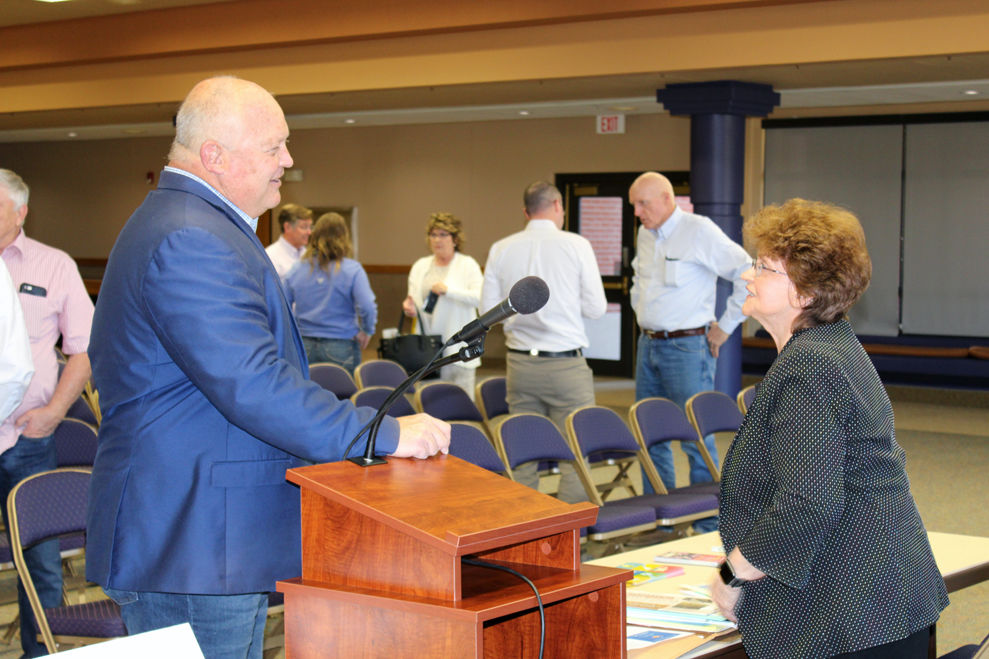 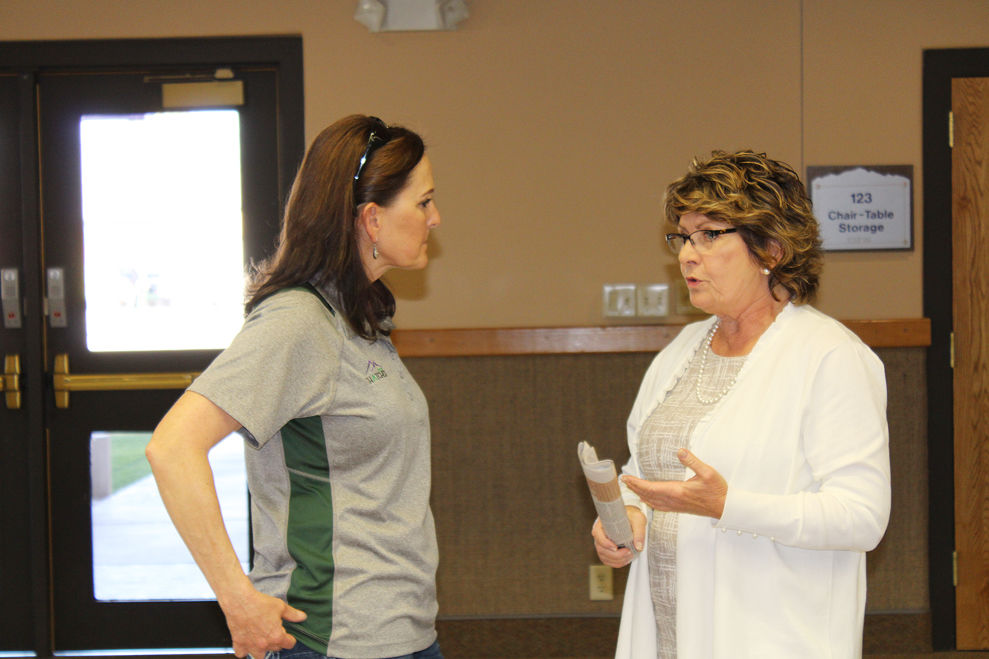 House Speaker Rusty Bowers speaks to the crowd gathered at EAC for a hearing on water Saturday.

THATCHER — The cry for action was voiced by many, while others expressed fears that local commerce could become extinct without water in Graham and Greenlee counties.

“Being a cotton farmer, I’ve personally lost over 200 acres of my ground because of the lawsuits going on and it seems to me the lawyers on both sides of this party are getting rich and we’re getting poorer,” said Thatcher’s Ron Howard. “We have to pick our fights. We’re losing grounds here, losing ground there, we’re trying to save our money for the big fight to save our wells. In the meantime, they’re just picking us off, a little here, a little there. Pretty soon we’re going to be down to nothing. I don’t know how long we can stand it.”

Locals voiced their worries over litigation by the San Carlos Apache Tribe over acces to the Gila River.

Bowers took notes throughout the meeting, asking the crowd to voice their struggles, questions or ideas.

“The big challenge for us is water, and how all of this will be resolved. The challenge for me is that I have been asked to be a speaker of the body and as members of that body, my two colleagues and I provide leadership in the legislative arena that also is a leadership that extends beyond because it’s your particular house,” Bowers said. “It is a house typically known as the house of the people. It’s all the people. As we talked to the folks at San Carlos, I said I’m not the expert, I’m not the lawyer. Those guys are making money on both sides of this. I’m trying to find a way to be a tool in a solution.”

Nutt was quick to express to the crowd that she was visiting on an educational basis, while Griffin waited for the latter portion of the meeting to speak to those attending regarding the topic of water.

“We have several water bills in the legislature that affect nationwide water conservation to continue to help farming and ranching, which is a multi-billion dollar economy for the state of Arizona to continue their operations,” Griffin said. “We have several that are very important to all areas, Verde Valley as well as the Gila Valley.

“We want good policy; we want water conservation,” she continued. “Not just in the cities, which we have volunteer information that we’re trying to distribute for those living in subdivisions and houses but those that are on wells as well. We’re moving forward and trying to be proactive in everything we do.”