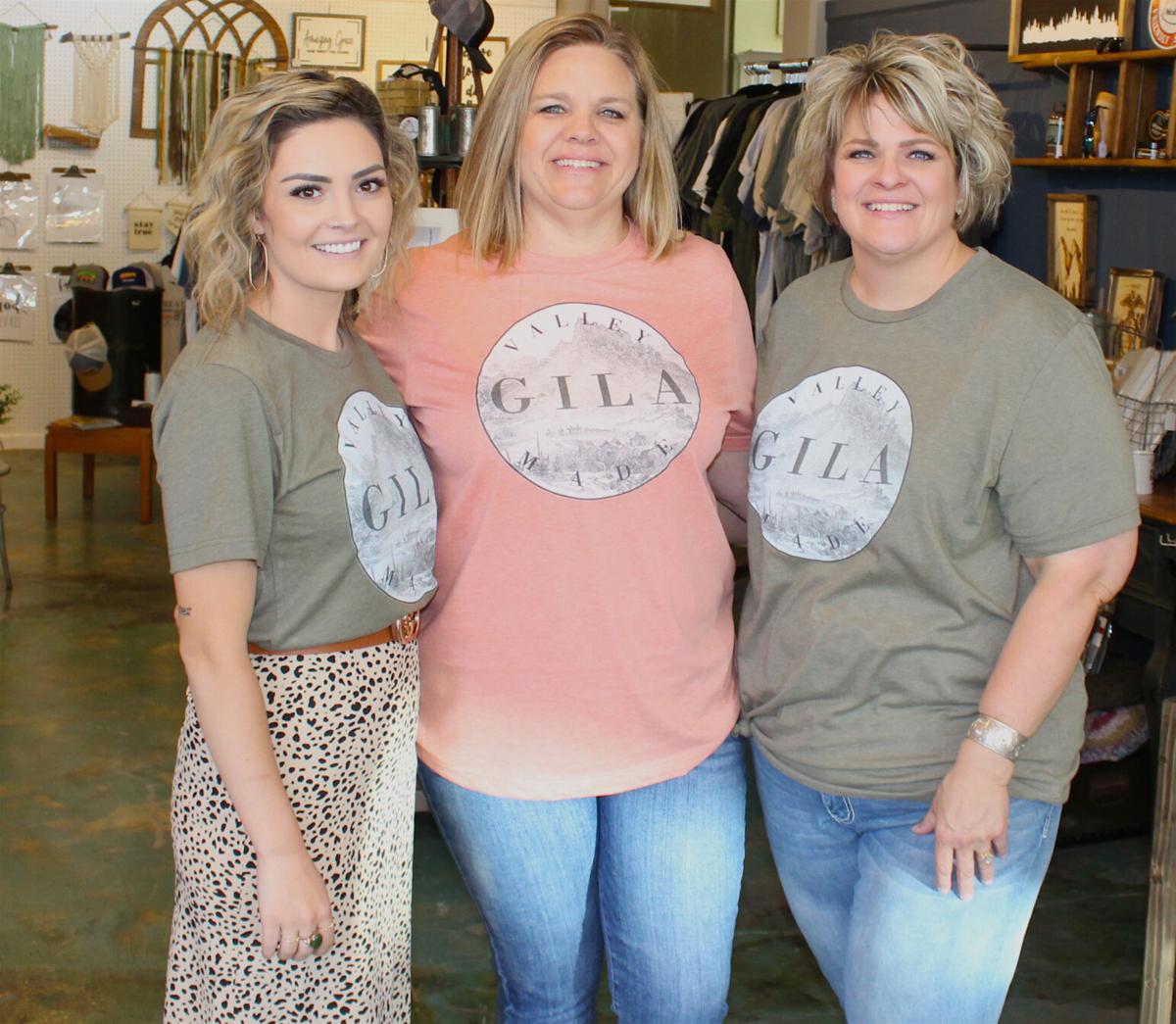 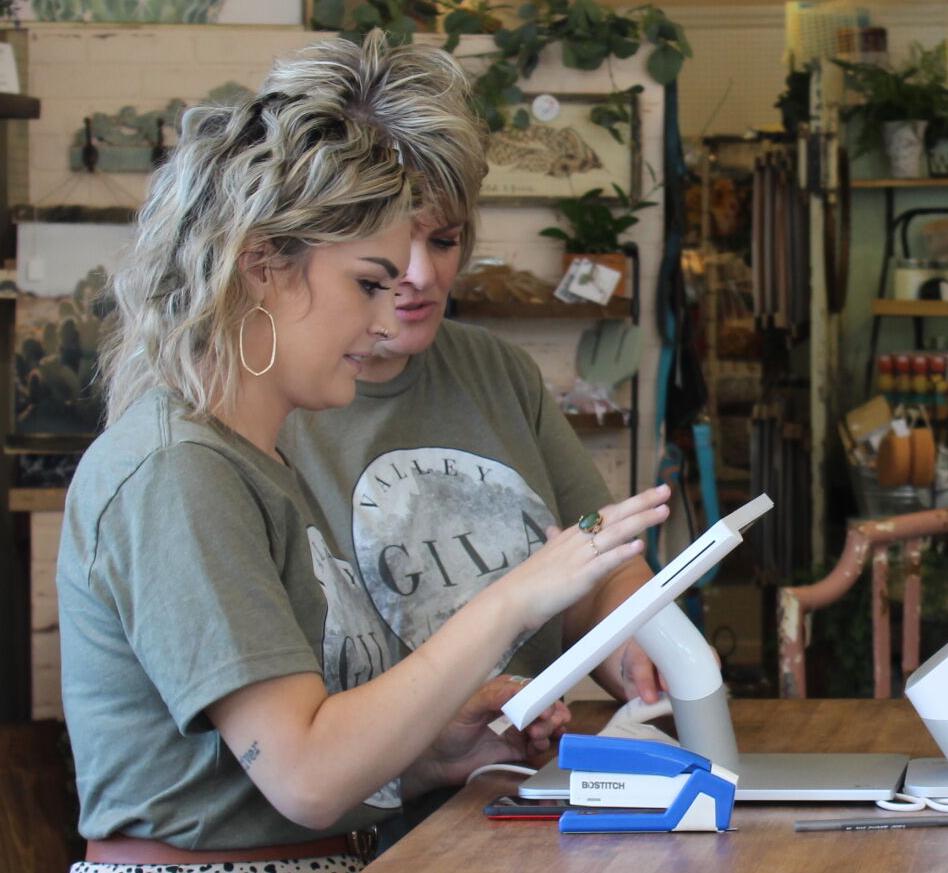 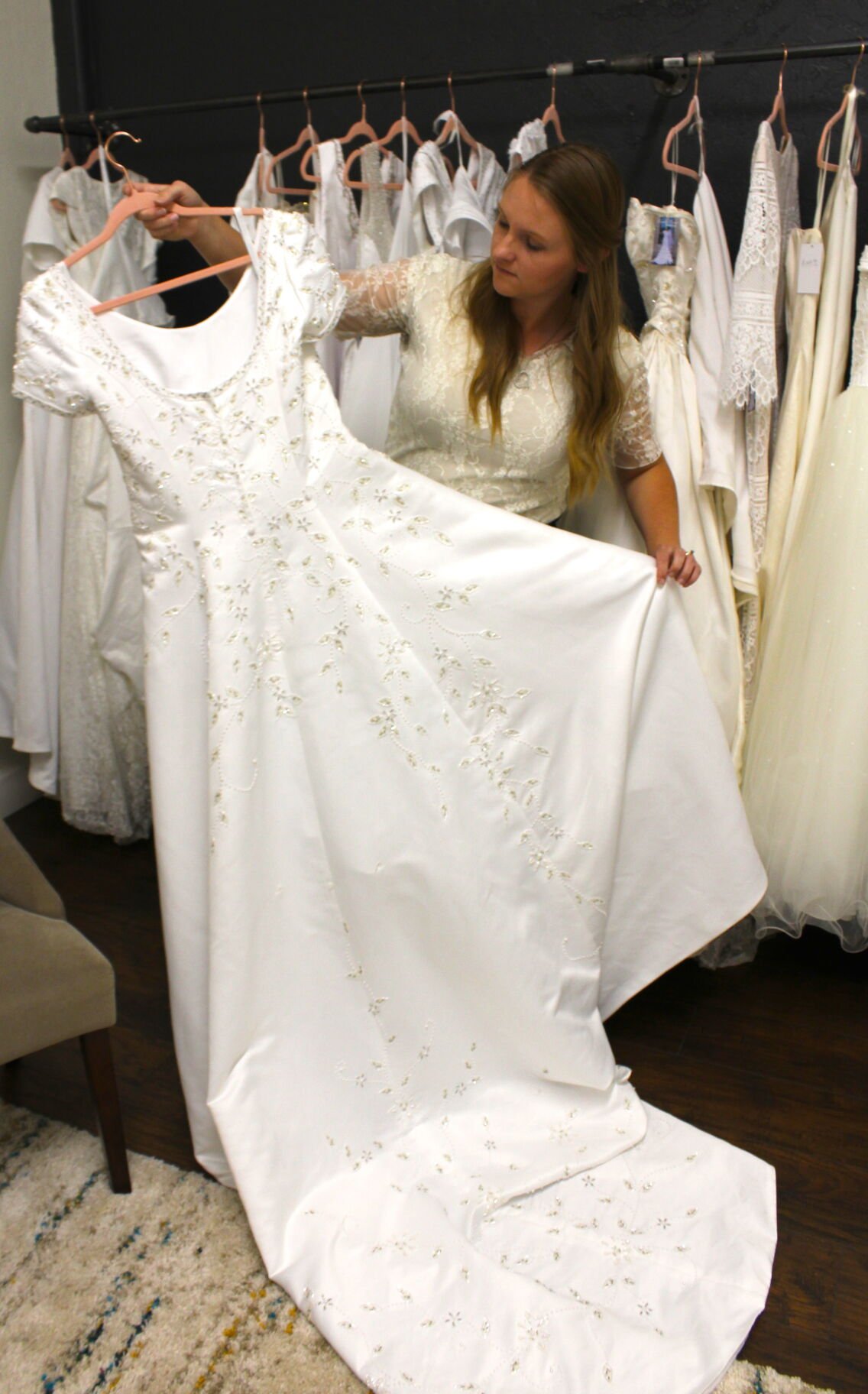 Kendra Foster of Kendra's Bridal Boutique holds up one of the dresses she is selling at Gila Valley Made. 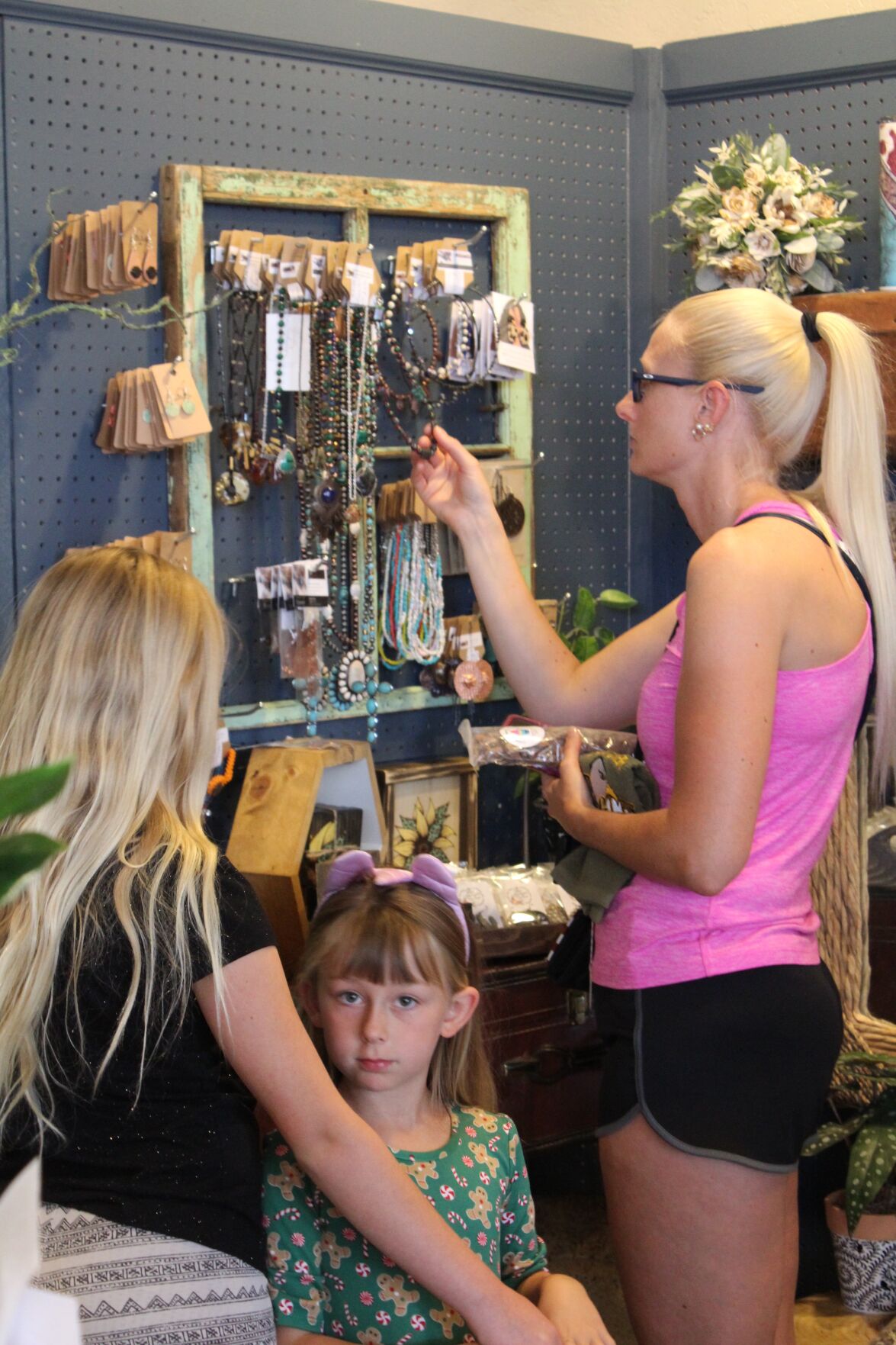 Meora Patton, 10, Orla Patton,6, and their mom Kelly Patton, shop at the Gila Valley Made Boutique on Safford's Main Street.

Kendra Foster of Kendra's Bridal Boutique holds up one of the dresses she is selling at Gila Valley Made.

Meora Patton, 10, Orla Patton,6, and their mom Kelly Patton, shop at the Gila Valley Made Boutique on Safford's Main Street.

In yet another example of being Gila Valley Strong, artisans from all over the valley took a worldwide pandemic and turned it to their advantage.

The number of artisans displaying their wares at the Gila Valley Made boutique has grown a whopping 57% over the last nine months and with their recent move to Safford from Thatcher, the boutique is seeing growth in other ways.

The boutique, which was only open on select weekends in the beginning, is now open every Thursday through Saturday and will soon be holding arts and crafts nights for people interested in learning how to paint or create a craft for a small fee.

When Tricia Garrett, Taylor Ludwig and Torey Cranford opened the boutique last September, 49 artisans were selling the crafts, decor, jewelry and snacks they labored over. Nowadays, there are 77 doing the same at their new location on Main Street in Safford.

People became inspired when they saw the new venue and their fellow artisans thriving, Garrett said.

People have been waiting for an opportunity like this to come along for a long time and then when the pandemic hit, people’s creativity just sparked, Ludwig said.

“I think people have more time to sit down. I think hobbies get pushed off a lot, and during COVID there wasn’t much else to do,” she said. “I think this is happening more than ever, seeing hobbies become business because they see it’s possible. I think it’s scary to go from a hobby to business.”

Once the boutique opened, those same artisans suddenly had a place to show their work, Ludwig said.

“I think we all are inspired by each other. After rubbing arms with 77 other businesses, it makes it possible, and doable, and encouraging,” she said.

Kendra Foster, owner of Kendra’s Bridal Boutique, said she was interested in opening a store, but found the possibility of it overwhelming and expensive. Because of Gila Valley Made, she’s now on Safford’s Main Street and seeing her business grow.

Cranford said it’s been wonderful to feel the community support.

“It feels like that building has helped so many dreams come true of having a business on Main Street,” she said.

Cranford knew moving to a larger building wasn’t going to be an issue. There were plenty of wares and there is plenty of room for more, she said.

After holding its grand opening on May 28, Cranford said she was overwhelmed by the community’s support of the artisans in the boutique.

“It is just wonderful. We couldn’t ask for anything better,” she said.

The Gila Valley Made boutique moved from its former location in Thatcher to its new location at 526 West Main Street in Safford.