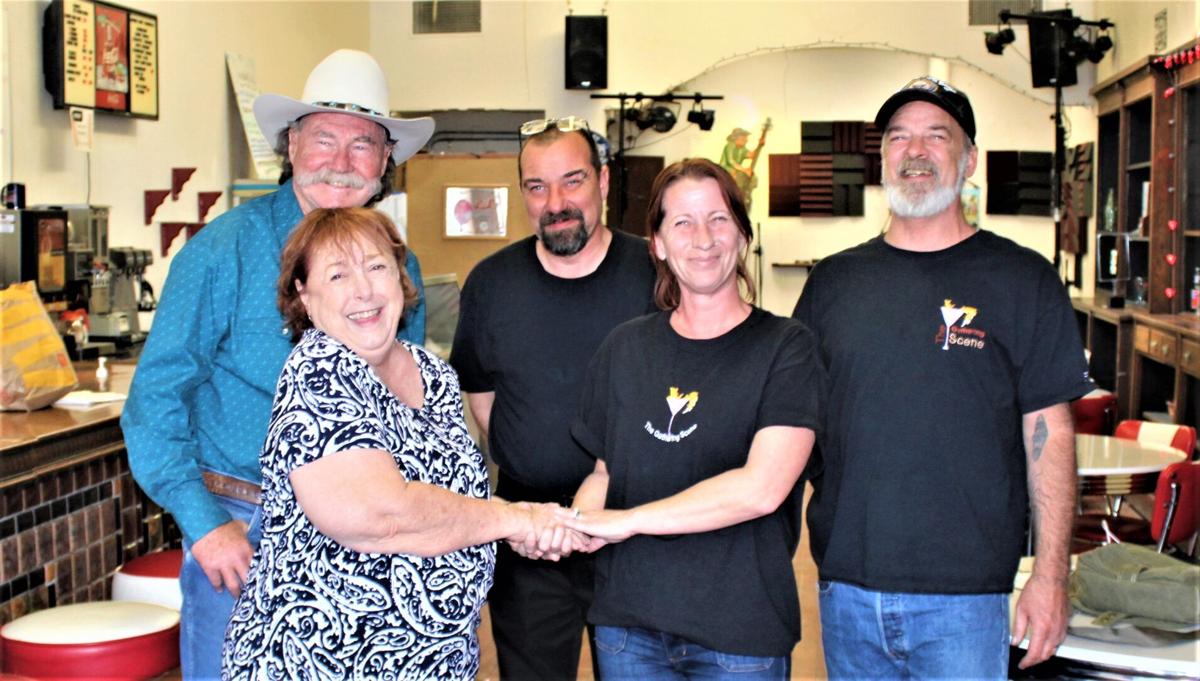 Owners of the shop Candy's, Ron and Candy Green, shake hands with the new renters of their building. David Walter, Joline Rich, and Frank Rich. 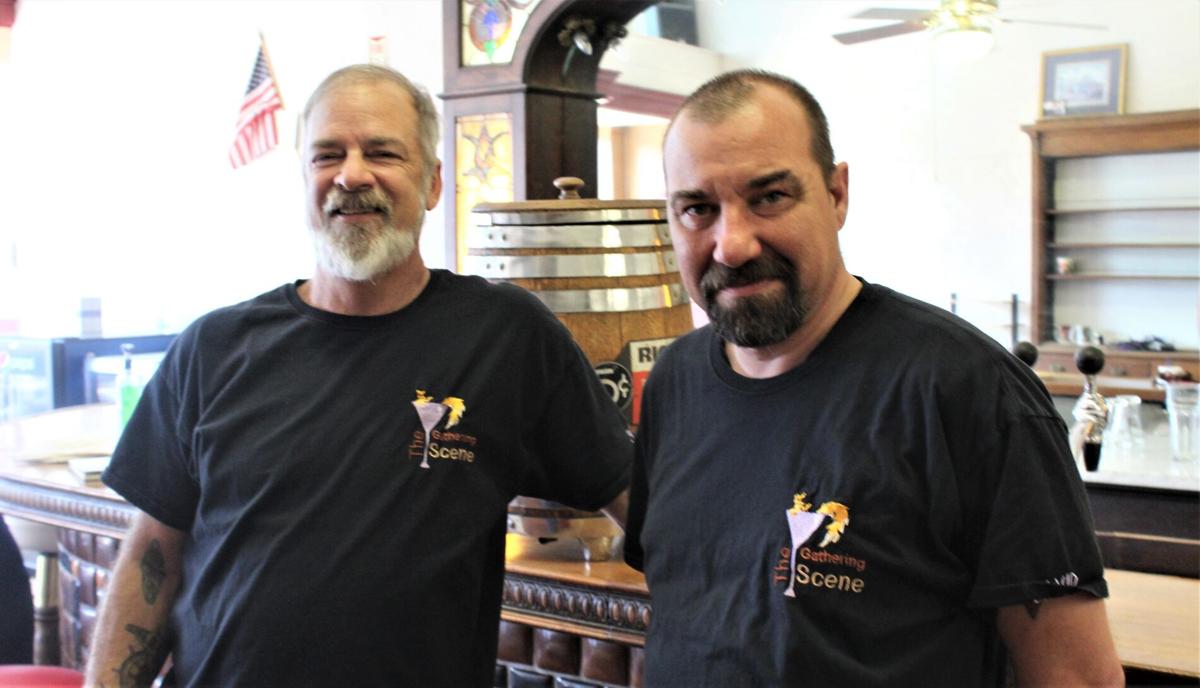 Frank Rich and David Walter stand beside the antique bar in the Candy's Ice Cream Company on Main Street in Safford. 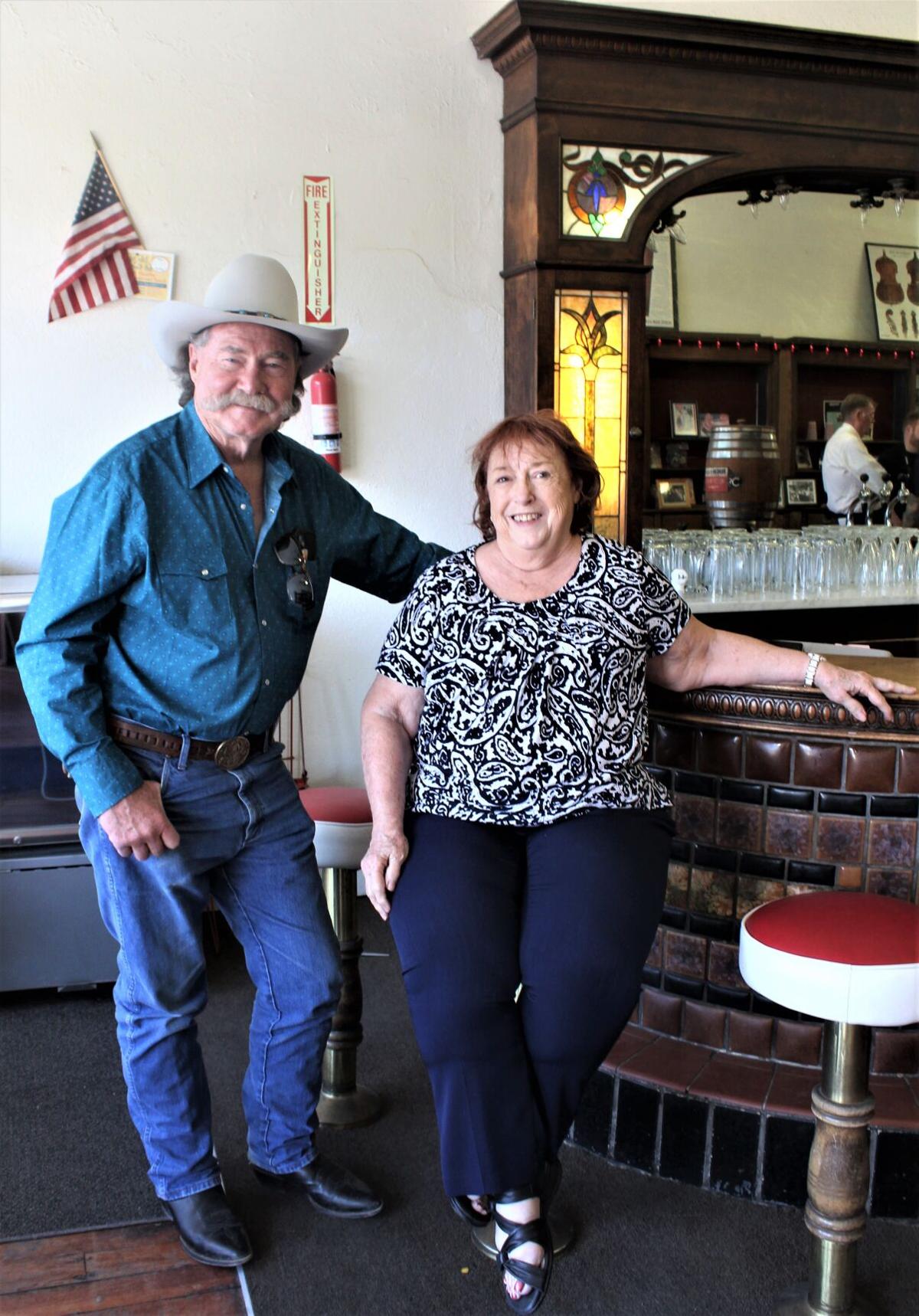 Owners of Candy's on Main Street, Ron Green and Candy Green, sit next to the antique bar and mirror.

Owners of the shop Candy's, Ron and Candy Green, shake hands with the new renters of their building. David Walter, Joline Rich, and Frank Rich.

Frank Rich and David Walter stand beside the antique bar in the Candy's Ice Cream Company on Main Street in Safford.

Owners of Candy's on Main Street, Ron Green and Candy Green, sit next to the antique bar and mirror.

David Walter admits it. The first time he drove down Main Street in Safford it reminded him of a zombie apocalypse — the sidewalks were empty, the shops closed. It was dead.

He and business partner Frank Rich were tempted to move on as they looked for a third location for The Gathering Scene, where they host board game nights, sell non-alcoholic drinks and stage live performances.

Then they gave it a second look, and that’s what changed everything, Walter said.

“It looked like Safford was not a deal,” he said. “But after we started talking about this place, we drove back down and Main Street was alive again. There were cars on the street, the pizza shop was going and the theater was being renovated. We thought maybe Main Street is the way to go.”

Their decision to move into the former Candy’s Ice Cream Company location means a building that has been dark for four years will come alive in June.

The men have opened The Gathering Scene locations in Sierra Vista and Tucson since the pandemic arrived just over a year ago. The Sierra Vista location was profitable within six months, almost unheard of for small businesses.

The Gathering Scene will also hold karaoke and trivia nights as they turn the location into a community gathering spot.

“What we bring to the table is needed and wanted very much after the pandemic,” Rich said.

But even before coronavirus became a household word, board games were growing in popularity. Industry experts say the surge started in the late-90s, and some game makers report growths of 25 to 40 percent annually since 2010.

The shop won’t serve alcohol but will host role-playing games such as Magic: The Gathering, Dungeons and Dragons, Yu-Gi-Oh! and Pokemon.

The building at 428 Main St. is 112 years old and features a soda fountain dating to the 1930s. Also included: A 1920s back bar that will save Rich and Walter some money because it gives the authentic look they’re after.

They plan to remove a bookcase at the rear of the building and put in a dance floor, and once the Safford Historic Theater is reopened next door, Walter hopes to open up a doorway between the two. Other than that, the place they’ve rented for a year is ready to go, they said.

“We’ll clean, but we’re not going to demo anything,” Rich said. “I don’t have to rebuild bars or rebuild shelves.”

“We’re not going to take down the Candy’s sign because it’s Candy’s,” Walter said. “We’ll probably put our sign below it.”

Candy Green, a retired teacher who operated the ice cream shop for years before closing four years ago, owns the building with her husband, Ron, and said they’re glad to see it coming back.

“I’m happy that it’s going to be used and I’ll be able to see it open again,” she said.