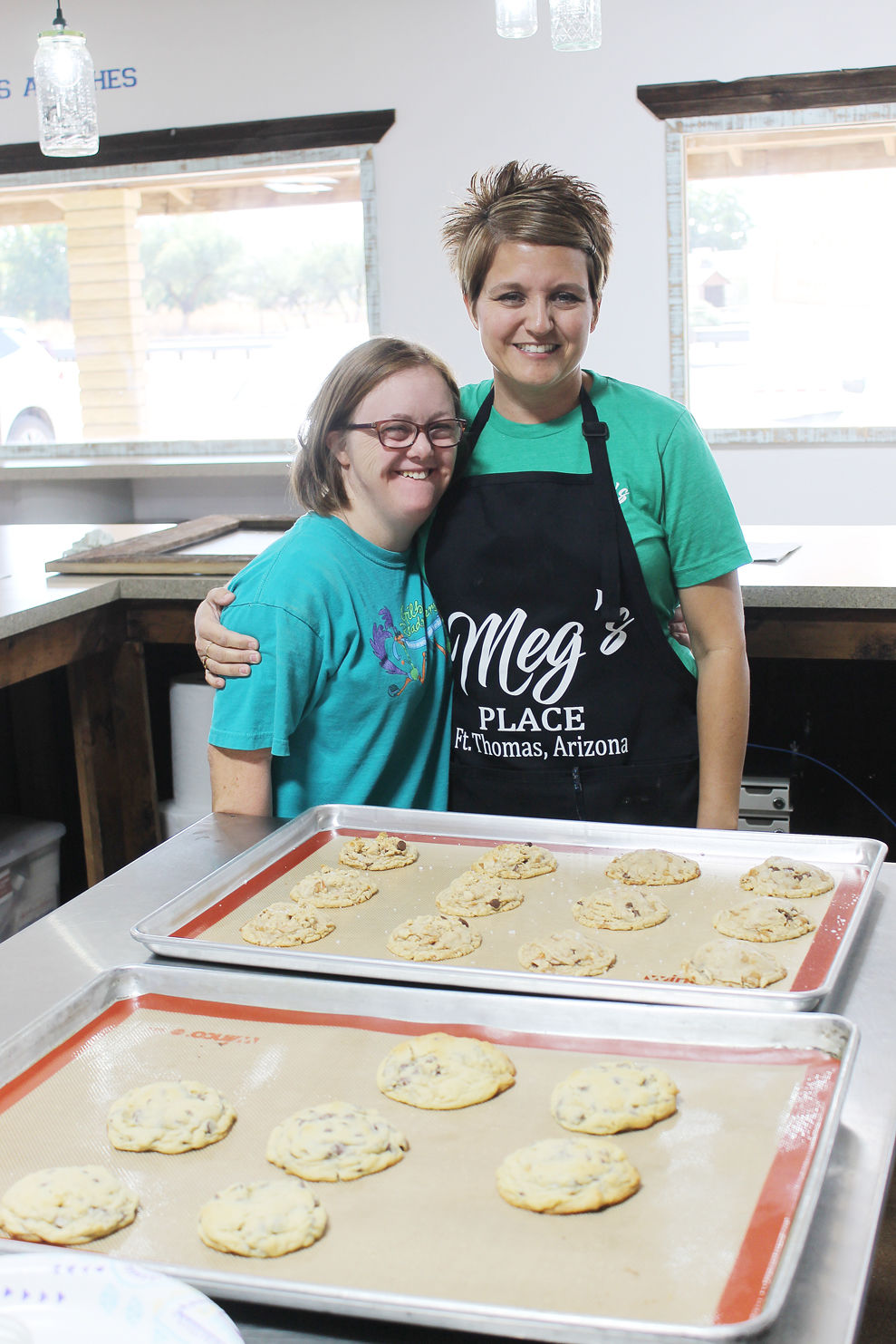 Megan Norton, left, and Cathie Hawkins stand behind trays of fresh-baked cookies as they prepare for opening day. 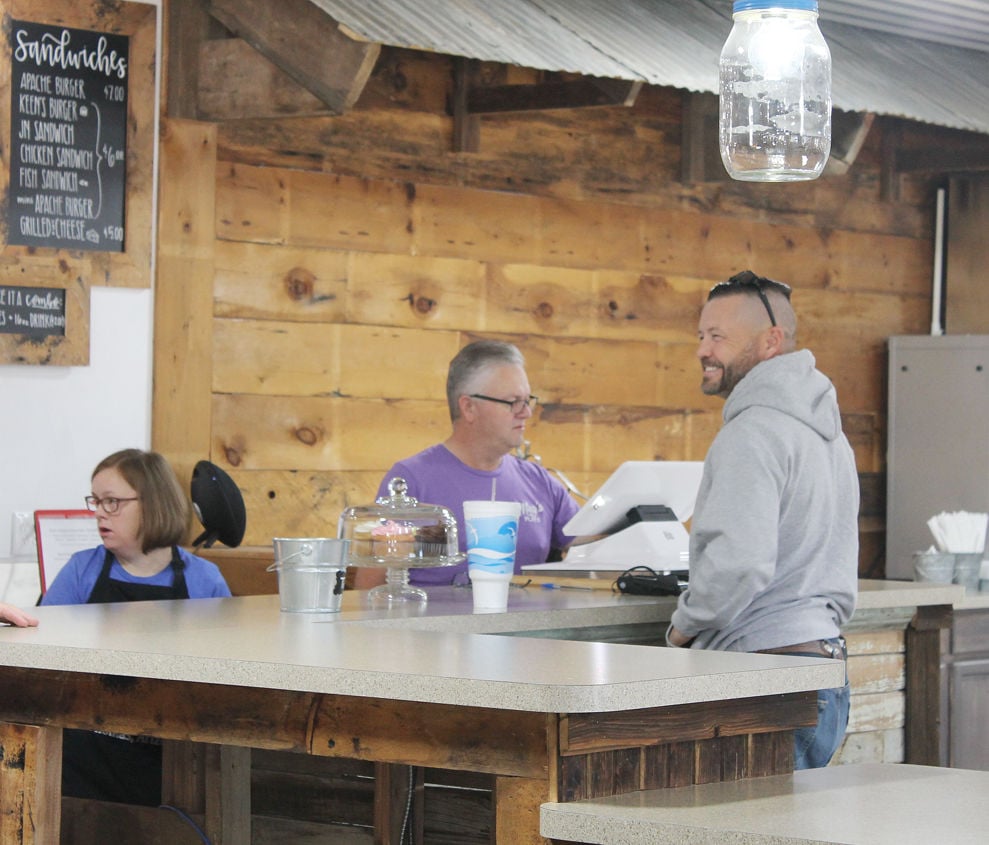 Megan and Russ Norton help one of their first customers, Derrick Bryce, with his order. 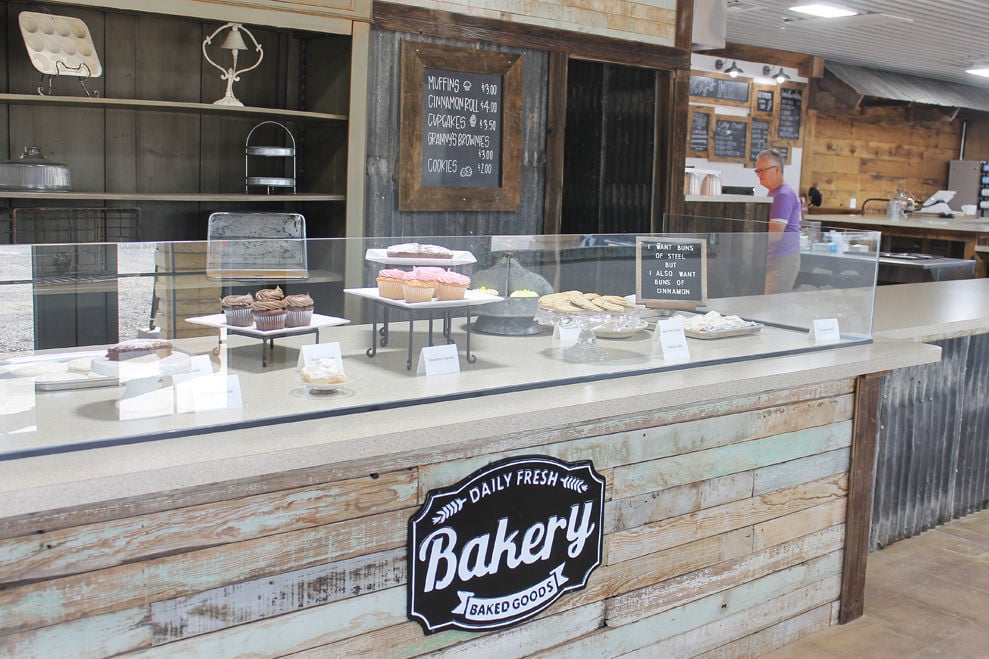 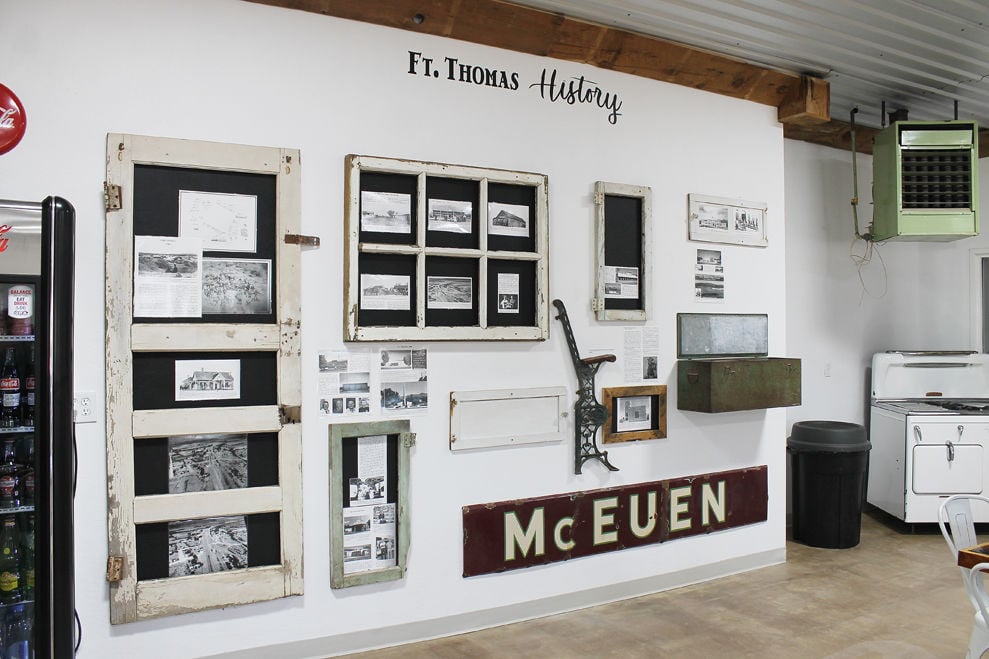 Megan Norton, left, and Cathie Hawkins stand behind trays of fresh-baked cookies as they prepare for opening day.

Megan and Russ Norton help one of their first customers, Derrick Bryce, with his order.

FORT THOMAS — There’s a new place in town, thanks to a pair of families who worked to make it happen.

This summer, McCoy and Cathie Hawkins, along with Russ and Jani Norton, bought the vacant Keen’s Fort Thomas Store and got down to remodeling it. Their efforts paid off last Friday, the first of November, as Meg’s Place opened for business — and there was no lack of customers.

“We opened at seven and had people waiting here; it was crazy,” Russ Norton said.

After about three months of work, the former Keen’s store has a new look inside and out. For one thing, the removal of an unused laundromat from the building’s east side gave Meg’s Place much more room. The Hawkinses and Nortons also added dining tables and restrooms, and air conditioners have replaced the Keen’s swamp cooler.

“It was a lot of work redoing the building; we basically gutted it,” Norton said. “The ceiling was removed, and we foamed everything.”

The four named their new convenience store/bakery/restaurant Meg’s Place after the Nortons’ youngest daughter, Megan, who has Down syndrome. “She loves people, and this is her place. She’s super excited,” Cathie Hawkins said.

“She has some little jobs in the kitchen that she can do,” Hawkins added. “She’ll mostly be out here in front, being able to interact with people, give them their orders and things like that.”

When the Courier paid Meg’s Place a pre-opening visit, vendors were filling the store shelves, the scent of fresh-baked cookies wafted from the bakery, and Megan Norton welcomed visitors with a friendly greeting. She admitted being a little nervous about the opening. On Friday morning, as she greeted customers and helped with orders, Megan said, “I love it; it’s great.”

“It’s been a fun project,” Hawkins said. “We had lots of family and friends helping us that knew lots of things, and they volunteered their time to come and help us. The cooking and baking is kind of a combined effort. Jani and I will man the kitchen and the bakery; Russ will mostly do the convenience store side.

“We’re just excited for people to come and try things out,” she added. “We’ll have daily student specials for the kids at school.”

While the bakery turns out cookies and other sweets, the Meg’s Place restaurant will offer breakfast, burros, sandwiches, fry bread, baked potatoes, hamburgers and more — including, in a tribute to the building’s history, the Keen’s Burger.

The sense of local history doesn’t stop there. The bakery counter and other areas are trimmed with greenish wood salvaged from the bell tower of a ruined Methodist church, built in 1929, that stands on the property. “To bring that back to life was kind of fun,” Hawkins said. Other wood in the store was salvaged from an old barn and house nearby. Along one wall of Meg’s Place, an antique metal sign from Virgil McEuen’s store anchors a wall dedicated to Fort Thomas history.

Hawkins said Meg’s Place hoped to hold a grand opening next January, but those aren’t their only future plans. “We’re going to bring gas in after the first of the year; hopefully, they’ll start construction in late February or early March, so we’ll have pumps out here in the front. We’ll also have diesel pumps on the side of the building for the truckers. That will be a great thing; we’re excited about that.”