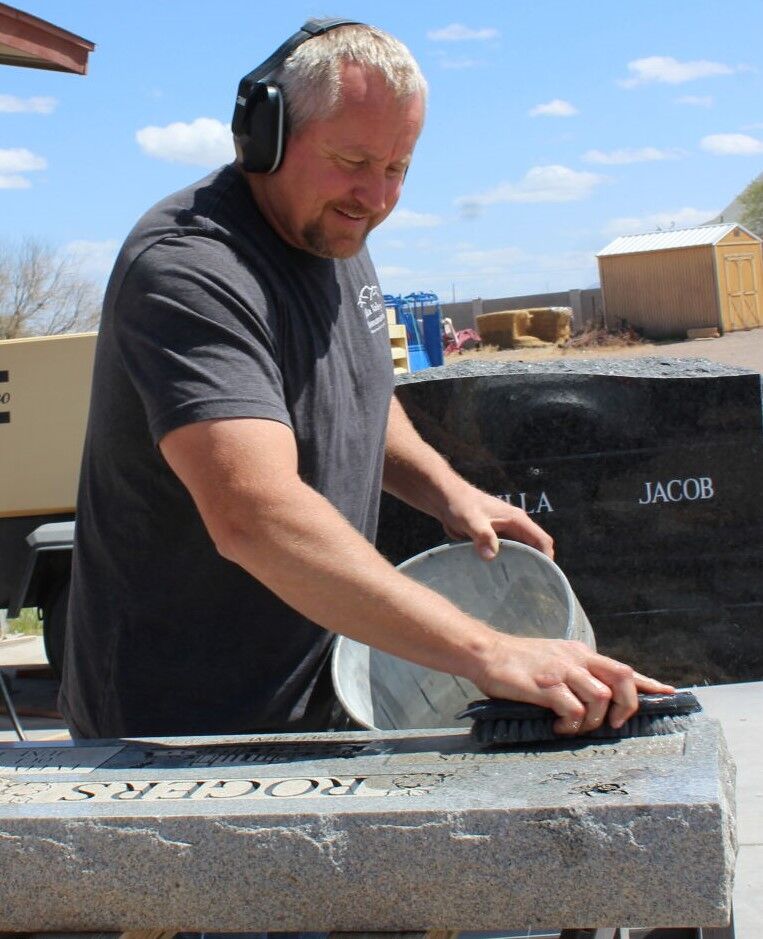 David Carpenter works to clean a headstone on Friday morning. 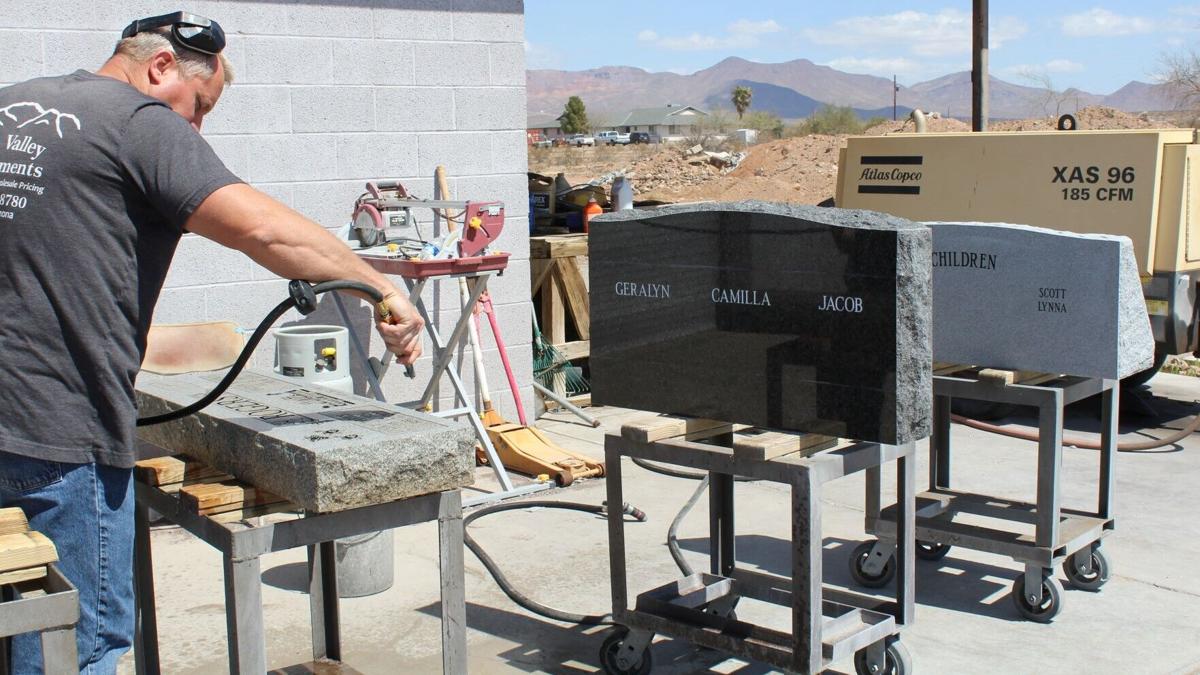 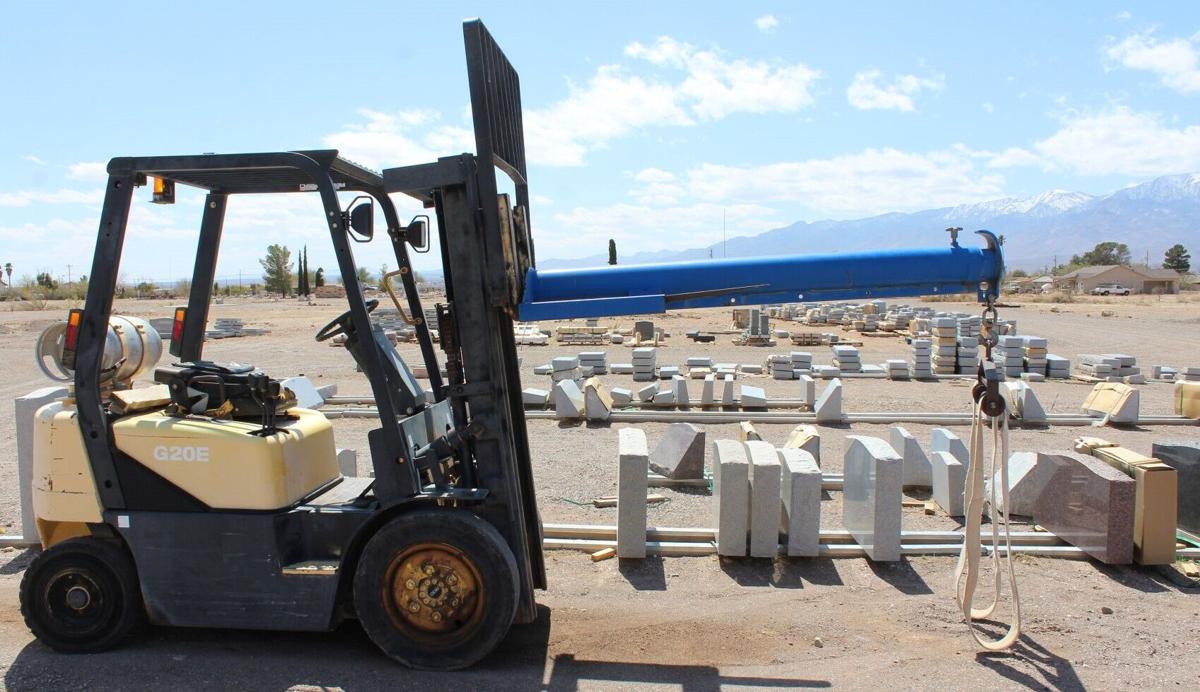 David Carpenter works to clean a headstone on Friday morning.

Over the last year, funeral home directors have learned people would rather move through their grief instead of delaying funerals and the pandemic has also prompted others to plan ahead.

David Carpenter, owner of Gila Valley Monuments, said there was no work at the beginning of the pandemic. However, four or five months into the pandemic the work increased, with 2020 doubling the requests. Last year, Carpenter sold 145 monuments compared to just 77 the year before. And just three months into this year, he’s already sold 34.

From what he can tell now, the number of people dying is starting to level off. Now people are coming into his shop to make their final arrangements for headstones.

Carpenter purchased his business three years ago after working for the previous owner for more than a decade. He has never seen so many orders, he said.

“A lot of people are buying stuff before they die in preparation for their death—mostly older people, who are still alive and in good health. I see a lot of them coming in and ordering headstones for them. That way, when the time comes their kids don’t have to mess with it,” he said. “I see a big influx of that.”

Using a sandblaster and stencils, Carpenter puts lettering and designs on the granite stones. However, the granite itself was in short supply during the pandemic. For a while, even the concrete boxes the coffins are lowered into were also not available because so many people were needing them. Plastic substitutes were created.

“We had to plan an order a month in advance,” he said. “Because the supplies are usually on back-order.”

On Friday, he and his employees were working steadily on the monument orders. A large sandblasting machine roared in a back room of the Gila Valley Monuments building Friday morning, etching the designs and words in the granite. Carpenter worked in the front, cleaning a headstone that had been brought to him to engrave the final date of death of a surviving loved one. This headstone was brought to the Gila Valley from another county because many other monument artisans had no time for it.

Jason McDougal, director of McDougal’s Caldwell Funeral Home, has seen that saying goodbye to a loved one cannot wait for the lift of a pandemic.

“For a lot of people, it’s too long to have to wait without closure,” he said. “When they realized it (COVID-19) was here to stay, they’re just trying to move on with having their closure.”

During the height of the pandemic, most services were done at the gravesite, he said. Smaller funerals were held outside, with about 50 people attending. Now, as the pandemic infection rates dwindle, services are being held inside once again with an average of 50 to 150 people.

Not only has the pandemic changed funeral attendance, but the way funerals are attended have morphed. Last year the push for social media integration into funerals was met with skepticism, he said. However, after 2020, he doubts streaming funerals online will ever go away although he wishes people would return to the traditional way of extending condolences and support in person.

“I think 80% to 90% are requesting having some sort of social media broadcast live,” he said. “The downside of everything is people can’t come and show their love and support.”

After streaming the funeral, the video will remain on the funeral home’s Facebook site for the page’s life unless a family member requests that it is taken down.

Jonathon Stailey, Vining Funeral Home director, doesn’t believe online streaming of funerals will continue. Instead, he thinks family and friends of a deceased loved one will again come together and assist each other as they process the loss and heal.