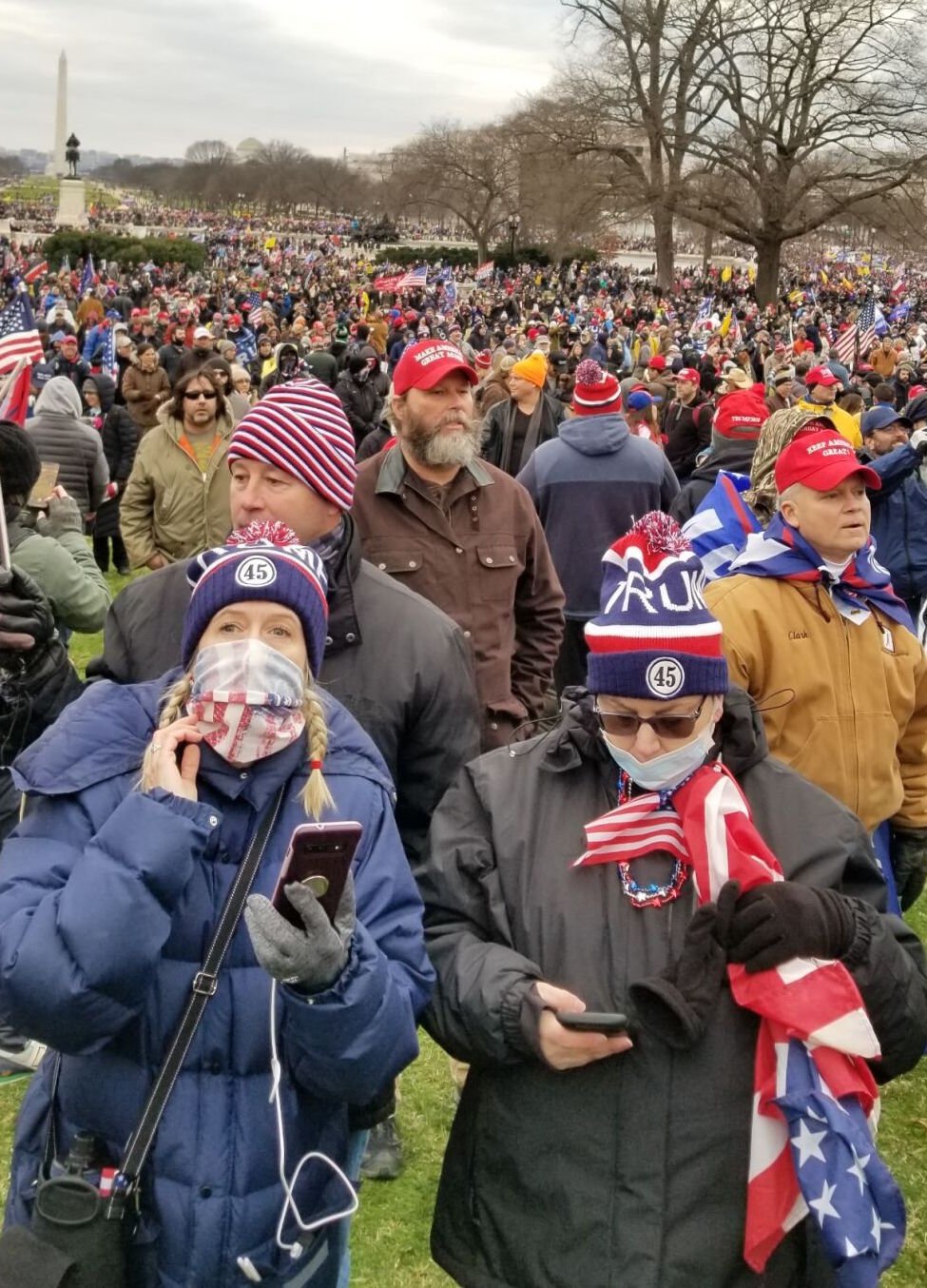 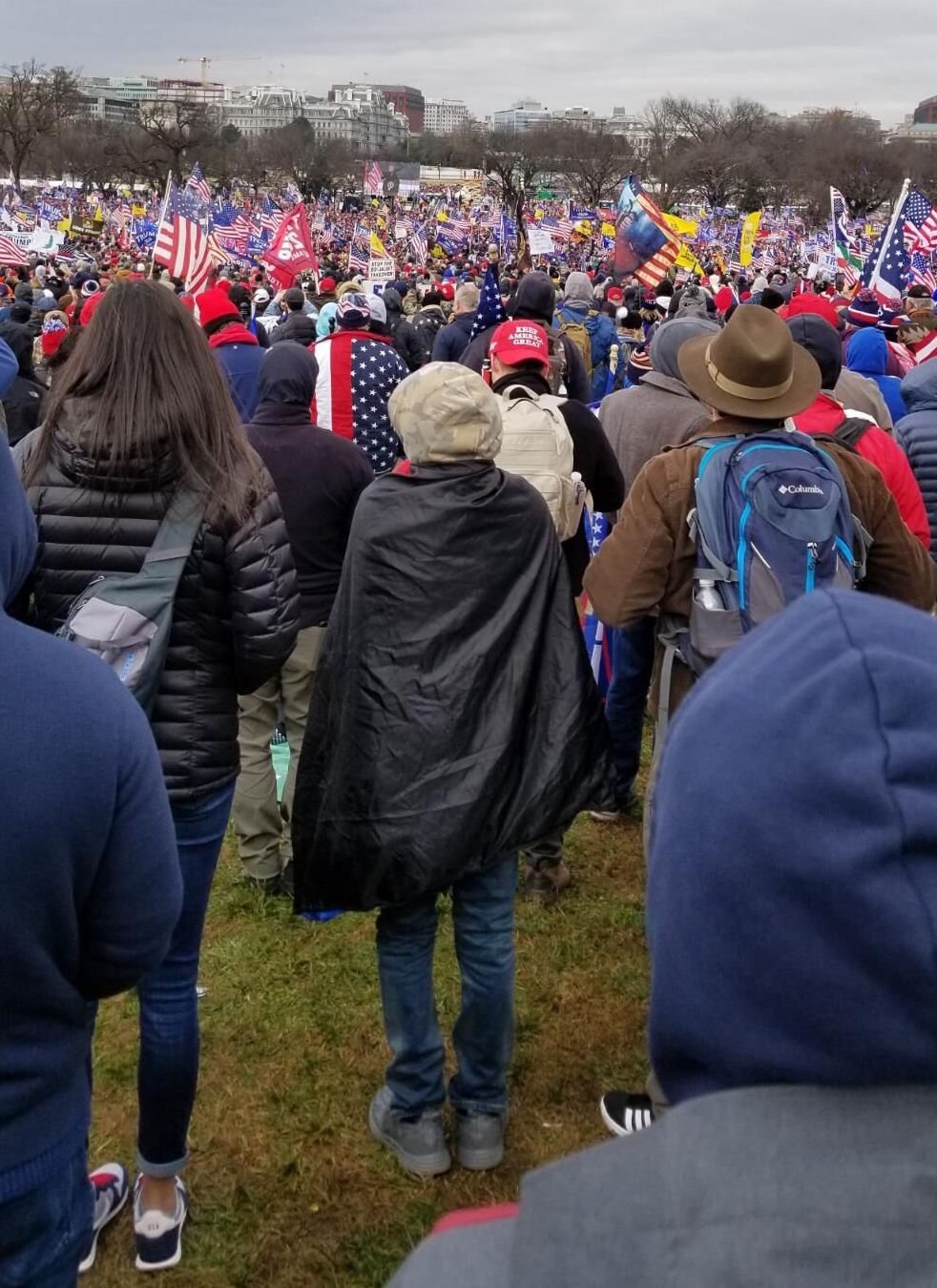 Pima resident David Morse was at the U.S. Capitol Wednesday during one of America's most historic moments, but he described it as a largely peaceful event where people expressed their discontent.

Morse arrived in the nation's capital on Sunday determined to be a part of history. He was at the "Stop the Steal" rally when President Donald Trump spoke and urged his supporters to walk to the U.S. Capitol building.

“We’re going to walk down to the Capitol. And we're gonna cheer on our brave senators and congressmen and women. And we're probably not going to be cheering so much for some of them, because you'll never take back our country with weakness, you have to show strength and you have to be strong,” Trump told his supporters.

Morse remembers the chill in the air and being sounded by people wearing Make America Great Again hats, flying Trump and American flags. Strangers shared their distress over the 2020 election, expressing their belief that the election and votes had been tampered with.

He first spent time with friends and then drifted off to meet other people. Most were middle-aged, came from diverse ethnic backgrounds and had traveled from a variety of states including Arizona, New Mexico and Florida.

“People were calm,” Morse said. “I just kept walking around. A lot of people were upset because they felt the election was stolen from us.”

“It’s not like they invaded anything,” Morse said. “They were very friendly, accommodating and willing to talk to you. There were no obscenities, violent or derogatory speech and nobody was calling names and no bad words.”

Morse was roughly 150 yards from the building when someone began to shout.

"There was this man on a tower saying people got into the building," Morse said.  "I did not see any entrances to the building and did not actually see anyone enter the building.”

He thought it was unusual people had gone into the building, and he didn’t think it was a good idea.

Although people watching history unfold on TV saw rioters climbing the walls outside the Capitol, fighting with police, pushing their way past barriers and smashing windows to get inside, Morse saw none of that.

“I didn’t see anything broken, or confrontations or police arresting anyone,” he said.

He saw police standing at the base of the stairs, but there were no police officers among the crowd. He only saw police on the second balcony of the metal tower.

Although there were instances where he saw police officers tossing tear gas cans into the crowd, he got the impression police were trying to avoid a confrontation. They could have used harsher deterrents and the crowd just threw the canisters right back, he said.

He was also under the impression officers allowed some protestors inside. The thought crossed his mind that terrorists with explosives in their backpacks could easily enter the building, too.

“If they weren’t supposed to be in there, why were they allowed to go in?” he said. “They should have been able to stop them.”

Even if he had been closer, Morse said he wouldn't have gone in.

“I wouldn’t have personally done it. What shocked me is that the police allowed it. It couldn’t have done harm by walking in, but it would have been better if they hadn't,” Morse said. “They should have not been allowed into the building.”

In his opinion, the crowd was not violent and had they been violent, they could have completely destroyed the building.

He left the grounds about 30 minutes after the building was entered, fearing he wouldn't get a ride back to the hotel because of the crowd.

Morse, who flew home Thursday, was glad he was present at such a momentous occasion.

He just wanted to express his beliefs.

“I didn’t fly across the country to tear anything up,” Morse said. “I wanted to be a part of a historic event.”

To Morse, Trump is one of the best presidents the United States has ever had and it's a shame to lose him under questionable circumstances, he said.

Pima resident David Morse was at the "Stop the Steal" rally Wednesday, Jan. 6 and was among those who gathered outside the U.S. Capitol.

Pima resident David Morse was at the "Stop the Steal" rally Wednesday, Jan. 6 and was among those who gathered outside the U.S. Capitol.