Smoke from the Pinnacle Fire continues to drift throughout the Gila Valley. 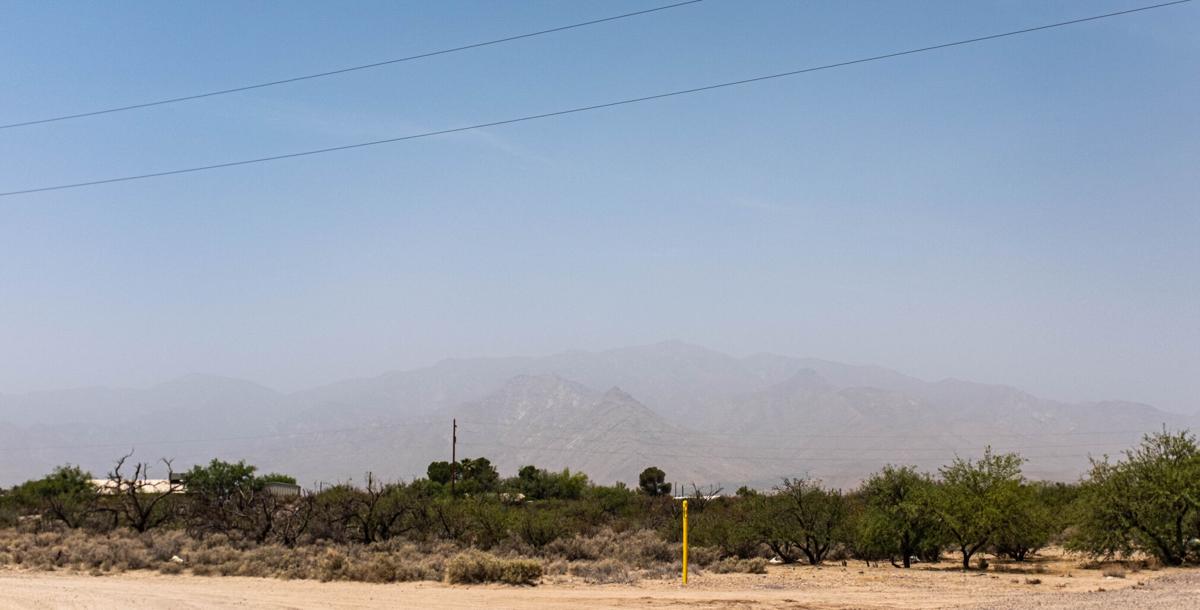 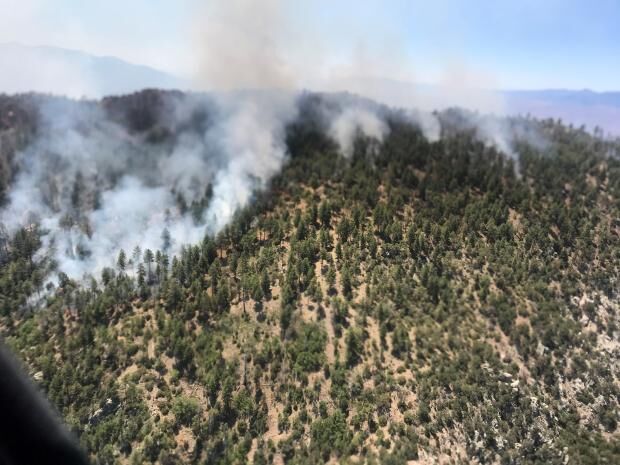 The Pinnacle Fire has reached nearly 5,000 aces and air suppression efforts were hampered Saturday due to someone flying a drone over the area.

Smoke from the Pinnacle Fire continues to drift throughout the Gila Valley.

The Pinnacle Fire has reached nearly 5,000 aces and air suppression efforts were hampered Saturday due to someone flying a drone over the area.

The Pinnacle Fire near Klondyke has reached nearly 5,000 acres and one residence had to be evacuated Saturday night.

According to the Coronado National Forest, single digit humidity and temperatures over 100 degrees helped the fire spread north, south and east Saturday. Handcrews worked the blaze and fire retardant was used, but a privately owned drone forced flight operations to stop, putting firefighters, who depend on air support, in danger.

If apprehended and convicted, the drone’s pilot faces federal civil and criminal fines, jail time and thousands of dollars in fines, according to the forest service.

Two hundred and forty firefighters are working on the fire and zero percent of the perimeter has been contained.

One residence southeast of the fire and north of Aravaipa/Klondyke road was evacuated about 9 p.m. Saturday and others remain in “Ready” status. Residents living near the fire are encouraged to visit the following links for Ready, Set, Go information: https://wildlandfire.az.gov/ and https://ein.az.gov/ready-set-go

The Mescal Fire southeast of Globe is at about 72,250 acres and is 85% containeed. More than 300 firefighters continue to battle the fire, the cause of which remains under investigation.

According to officials crews are holding and improving the perimeter and are repairing areas where bulldozers and other suppression tactics were used south of Highway 70 near El Capitan and Soda Canyon.

Some communities are still in "Set" status.

The Telegraph Fire south of Superior is over 88,000 acres and is 76% contained, according to officials. Twenty structures have burned and several communities remain in either "Ready" or "Set" status. Nearly 1,000 firefighters are working on the human-caused blaze.