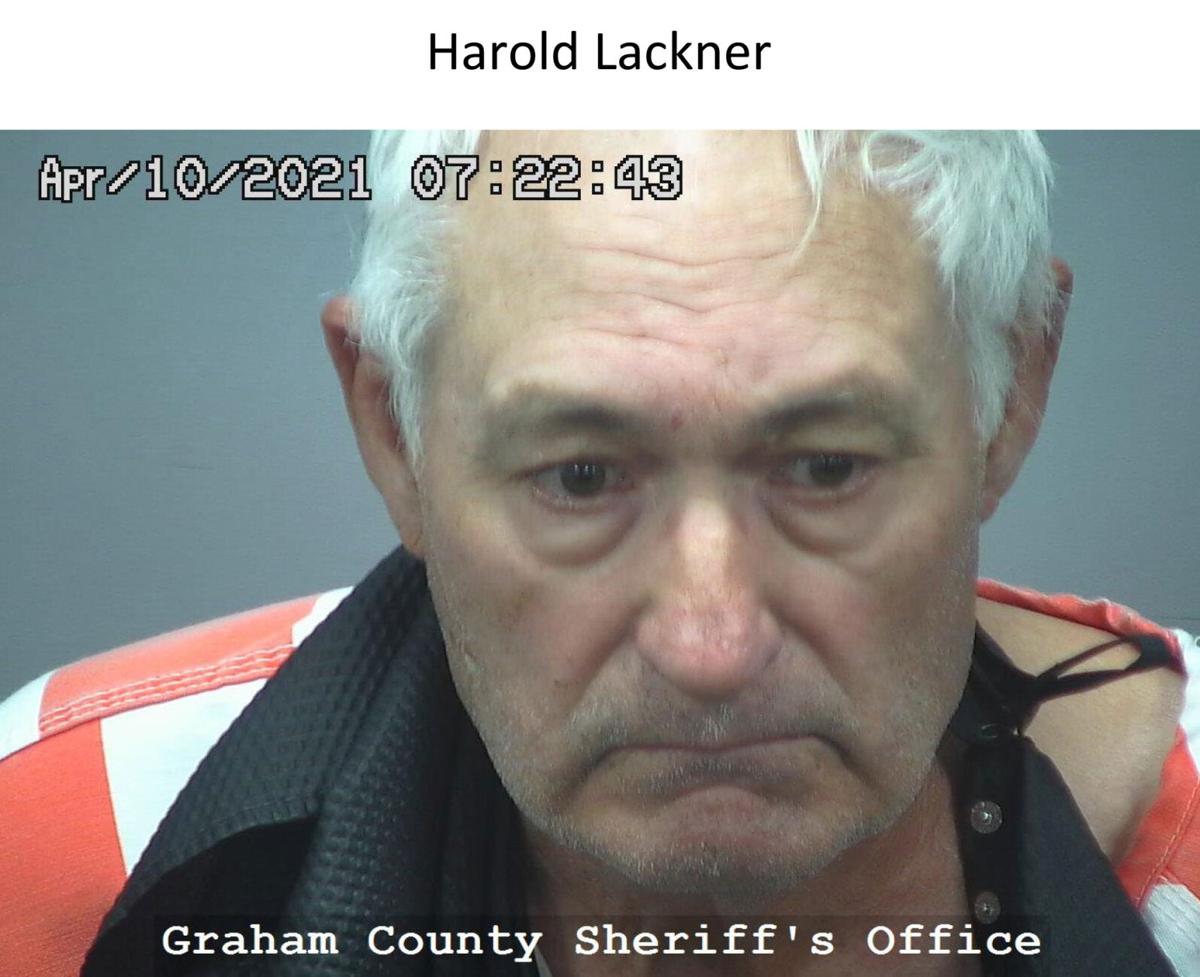 A Willcox man accused of threatening some Thatcher children while armed with a machete and gun has been identified as 67-year-old Harold Lackner.

According to a news release from Thatcher Police Chief Shaffen Woods, officers responded to the Daley Estates subdivision for a report of an elderly man threatening children with weapons and possibly using his vehicle to ram an ATV the kids were using. Several social media posts were circulating about the incident, Woods said.

"When officers arrived, the incident had already taken place and the victims had returned home, and the suspect had left the scene," Woods wrote. "We immediately began an investigation into this case, which has continued over the last two days."

Woods said a warrant for Lackner's arrest was obtained and officers from Thatcher and Safford found Lackner in Willcox and with help from Willcox officers and Cochise County deputies, he was arrested without incident.

Lackner was booked into the Cochise County Jail on suspicion of multiple counts of aggravated assault, endangerment, criminal damage, and threatening and intimidating. He is now in the Graham County jail.

"I am very proud of the effort that our officers gave during this case. Additionally, we are very thankful for the assistance and cooperation we received from Willcox PD, Cochise County Sheriffs Office, AZDPS- Willcox and Safford PD," Woods wrote.

The children's mother posted on Facebook that her children were on West Valley View Road around 6:30 p.m. Wednesday when a man pulled a gun on her children. She said he then pulled a machete knife out and slashed all of the tires on their 4-wheeler. She also said he rammed their vehicle twice.

Cellphone video of the incident was provided to police, who quickly identified the suspect.